When Kumbhipatua Rebels Attacked the Jagannath Temple in Puri

In 1881, rebels from lower caste attempted to challenge caste hierarchies and Brahmanical hegemony in the temple with a pot of rice. The 'rath yatra' is an annual ritual held at the Jagannath Temple in Puri. Photo: Wikimedia Commons 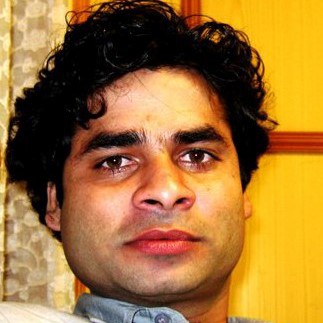 As raths roll and chants rent the air during the Jagannath rath yatra, let’s also look back at the dark side of the history of Sri Jagannath temple of Puri in Odisha – an angle which often gets marginalised in mainstream narratives, one involving rebels of the 19th century who attacked the temple of Puri for perpetuating caste hierarchies and Brahmanical hegemony. On March 1, 1881, Kumbhipatua rebels of  underprivileged communities attacked the Puri temple with a pot of rice.

But before we delve into what the incident was about, we must note that controversies are not new to Jagannath temple, including the contestations around the Jagannath cult. Some saw its origin in Buddhism, some in tribal religion and of course some of them in the Vedic religion. The origin and iconography of Jagannath is contested.

In the recent past, a simple proposal from the Supreme Court to ‘consider’ entry of non-Hindus into the temple saw vehement opposition from various quarters.  From pandas (servitors), pithas to the Puri king and forces like the Bajrang Dal – all were up in arms against any such ‘interferences’. Shankaracharya made it clear that ‘violating the age-old tradition of Sanatan religion is not acceptable to us’.

Recently, President Ramnath Kovind and his wife were reportedly subjected to harrassement by the pandas of the Puri temple. The media hesitantly reported that pandas shoved the first lady and tried to block the President’s way to the sanctum sanctorum of the temple. Pragativadi, a local Odiya daily reported that when President Kovind walked towards Ratna Singhasana, the pandas did not give him room. Some of them even ‘nudged’ the couple when they were seeking darshan.

Though the Rashtrapati Bhavan and the Odisha government refuted the claims of filing and receiving ‘formal’ complaints, the report presented by the collector and the reports from informal sources suggest that the incident did indeed occurred.

A section of media presented it as a case of security breach. But who breached the security: the president or the pandas? The pandas tried to stop him because they saw the president as a threat to the purity of the temple. Pandas were only carrying out their sanctioned duty, as security has assumed a notion of sacredness in our time. The pandas were ‘anxious’ in the presence of the president, who is a Dalit. The gesture was clear: you are not welcome. The posture was loud: the Supreme Court or the Constitutional authority is not above us. We are the authority. We are the nem (rule). The banner hanging on the singhdwar reads: non-Hindus are not Allowed.

Some may say that if the president had been an Ambedkarite with an ideological conviction, he would not have gone to the temple. But Ambedkar led the temple entry satyagraha in 1930. This was not for salvation, but a part of his larger socio-political strategy. Through the temple satyagraha, he wanted Dalits and lower castes to understand their position in temple hierarchies. The incident may make the president conscious of his ideological position. But we are not sure if the head of the state will take any action on this issue. He may prefer to remain silent.

The incident reveals at least three things about temple culture and caste entrenched Hindu society in India. First, it is an eye-opener for people who think that the political power and economic equality will necessarily bring social equality and cultural justice in a caste-based society. Second, the incident is also a reminder for the lower castes that their sense of privilege in Hindu society is based on a false premise. The president and the first lady have already had a taste of this. Third, the incident shows a sheer disrespect for the supremacy of the constitutional authority.

The incidents remind us of one of the rare heroic acts in which an underprivileged Odia community stood against the temple of Puri as early as in 1881. This was the time when Jagannath temple was at its height of the ideological consolidation. Though scholars like Ishita Banerjee-Dube have tried to offer an assertive account of the rebels, the narrative remains marginalised in the mainstream discourse.

One of the prominent Odia newspapers, Utkala Deepika reported on 13 June 1881:

For two weeks now there has been a rumour that a group of men and women had entered the temple of Jagannath in Puri by force with a pot of rice. At that time, the bhog [offering] of Jagannath was being served. The men and women refused to listen to the doorkeepers and tried to move towards the idol of Jagannath. A tussle broke out between the doorkeepers and the attackers in which one member of the group died on the spot. The others threw cooked rice all over the place, desecrated the bhog of Jagannath, threatened to burn the temple and left the place. A serious offence was committed within a few moments; but there has been no news of the arrest and trial of offenders until now.

Soon, it was realised that the attack was not a rumour. The incident is referred to in reports by both government officials as well as temple authorities.

Prime facie, it appears that the rebels were not well organised. They were not even in great numbers. Most of the report accounts for a group of 19-20 people. They were not even armed and only had a pot of rice. They can be likened to performance artists who wanted to perform the act of subversion. They wanted to attack the caste system with a mere pot of rice. They wanted to desecrate the sanctity of the food, site and the act of seeing. Before they got arrested, they put out a stern warning that if such inhuman practice continues, they will come again and burn down Jagannath.

The act of desecration was not a ritual transgression but an exit from that ritualistic world of purity and impurity. It was neither a ritual desecration for social integration. It was rather an act of social disintegration from the belief system of hierarchies in a graded system. They marched to end the unequal norms.

Why did rebels choose to desecrate bhog or prasada with a pot of rice? Nothing is so pure in the Jagannath temple as prasada. It is offering to and from the deity. It is the only material and physical substance that one gets from the deity. On many occasions, prasada represents the mental state experienced by the deity. The nature of prasada also shows the nature of deities, for example, whether the deities are benevolent or malevolent, as food is often accompanied by politics in the Indian society. 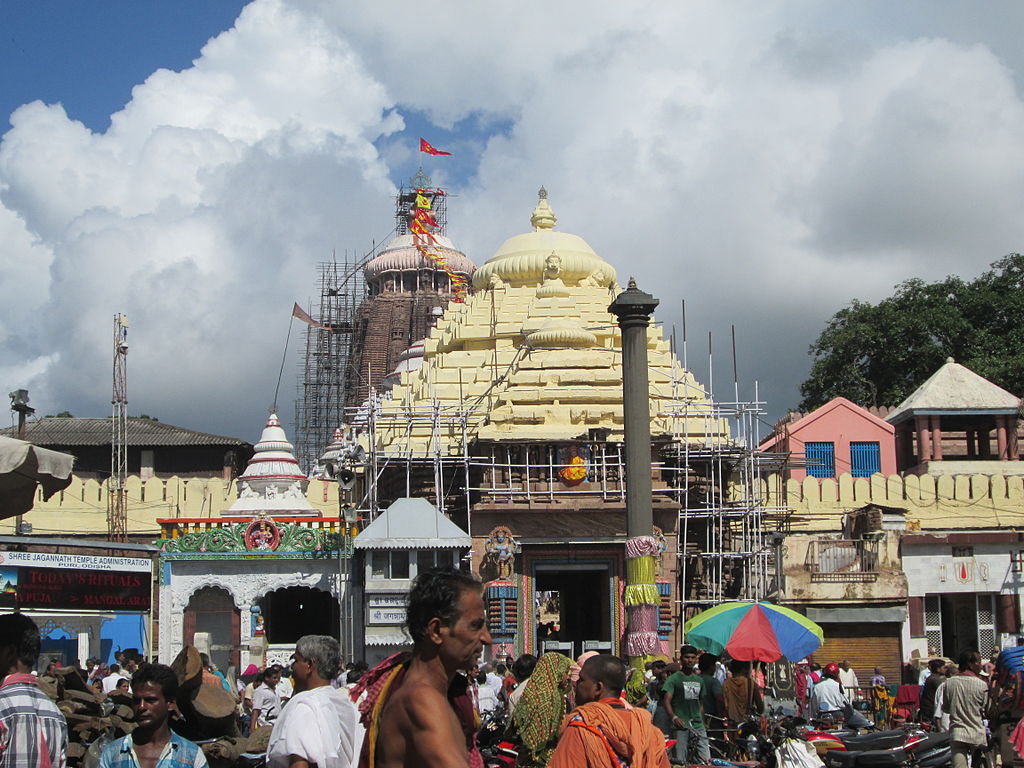 Prasada is elaborately prepared and plays a significant role in Puri temple. Strict ritual purity is maintained while preparing prasada. It is cooked only in earthen pots with a wood fire. By desecrating it, rebels also desecrated the supreme deity and the notion of purity maintained by the pandas.

Some accounts also say that rebels may have entered the temple right after they had eaten. They did not even wash their hands. They forcibly entered the temple and went straight to the mahaprasad mandapa. They threw the pot of rice brought from outside. The food cooked by the outcastes got mixed with the mahaprasad. The sanctity of the temple was ‘desecrated’ with this one act. From the police and judiciary report, it also appears that after desecration of food, the rebels had planned to burn Jagannath.

This unique rebellion was suppressed by the temple administration with the support of colonial police. Pandas reportedly lynched the rebel leader Dasaram. The others were arrested. When the public learned of the incident, the followers of Jagannath were shocked. It was considered as an attack on ‘Odia culture and pride’. The temple management tried to downplay the attack terming the rebels as ‘uncivilised fanatics’ and ‘extreme mlechhas’.

Who were the attackers?

The attackers were not from a different religion. They were not communists. They were neither iconoclasts nor outsiders. They were real sufferers of the Hindu caste society. They saw the growing Brahmanisation of the Jagannath cult.

There has been a deliberate attempt to erase the historical event from people’s memory and histories. Banerjee-Dube gives an instance of popular rhyme from western Odisha, which still preserves the memory of the Kumbhipatua rebel:

There runs the Kumbhipatua rebel

With food in his hand

And more food on his shoulder

There runs the Kumbhipatua rebel.

The attackers were the followers of Mahima dharma which wanted to establish a religion based on equality. Mahima dharma emerged in Odisha as a protest against the dominance of Brahmanism. The religion was popular among lower castes and Adivasis in western Odisha. According to some sources, the Mahima had strong influences of Buddhist teachings. They were called Kumbhipatuas because they used to wear clothes made from the bark of kumbhi trees. They were of the opinion that the Jagannath temple of Puri had become the seat of Brahmanism. They also believed the Puri king had co-opted popular subaltern sect of Jagannath. Bhima Boi was the most popular poet and philosopher of the religion. In his poetry, he did not criticise Jagannath as such, but he clearly states that the Jagannath at Puri is moved out from the temple and his image at Puri is a wooden log; a dry wood. Perhaps, Dasaram thought that dry wood would make a good fire.

Later, the arrested men and women were found guilty of ‘rioting’, ‘trespassing a place of worship’ and hurting the religious feeling of the worshippers. Finally, reads the judgement, “Besides low-caste people and barbarous people who have no distinction of caste such as the defendants are not allowed to enter the temple of Jagannath”.  Whether the president and the first lady were aware of this law of Manu is the question?

Brahma Prakash is Assistant Professor of Theatre and Performance Studies at the School of Arts and Aesthetics, Jawaharalal Nehru University, New Delhi. He is author of the forthcoming book Cultural Labour.