What Explains Mob Lynchings Becoming the New Normal in India

Why at this particular moment in history do members of one group consider members of another group as less than human? 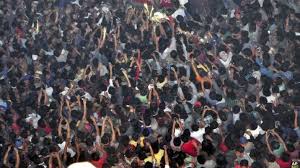 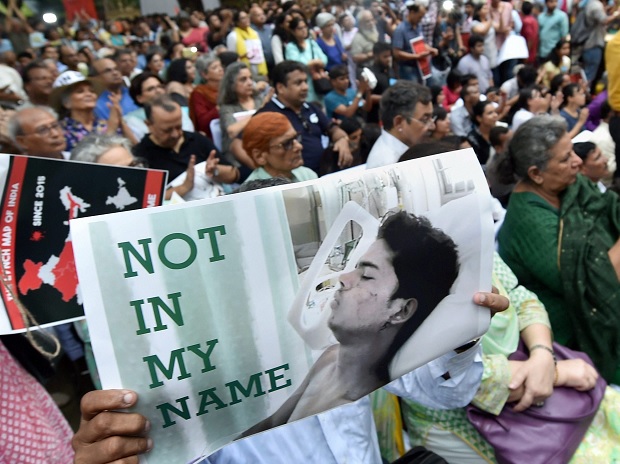 The rape and murder of two young girls in two distant parts of the country – one in Jammu and Kashmir and another in the northeastern state of Arunachal Pradesh – have shocked and numbed many of us.

Both the incidences are brutal and sickening. However, the fallout of these incidents gives us two very different pictures of people’s perception of crime.

In the first case, when 28-year-old special police officer Deepak Khajuria was arrested by the special investigation team (SIT), the right-wing Hindu Ekta Manch openly came out in support of the rape and murder accused. The members of the group and Bharatiya Janata Party leaders carried a protest march, waving the Indian national flag, and demanded the release of the accused.

Whereas, in the second case, the police arrested 30-year-old Sanjay Sobor, accused of rape and murder, along with his accomplice Jagdish Lohar (25). Both the accused belong to the tea-tribe community of Assam and work as migrant labours in Arunachal Pradesh. When the news of their arrest spread, an irate mob barged into the police station, dragged both of them to the main road and lynched them. Thereafter, the mob disappeared. The two dead bodies remained in the busy town square of Tezu for hours while life around continued routinely – a video that surfaced on social media showed that traffic and commuters passed by indifferently.

Khandu termed the lynching as ‘unfortunate’ while the rape and murder of the five-year-old as ‘barbaric and inhuman’. Why is the lynching of two Adivasi migrant workers from Assam not barbaric and inhuman? Does the act of attacking a police station, stripping the accused and lynching them fall within the chief minister’s definition of ‘civility and humanity’ or does his definition cease to recognise an ‘Adivasi’ or a ‘migrant worker’ from a neighbouring state as a citizen or even a human being?

Highlighting the barbarities of mob lynching and questioning the authorities is in no way an attempt to undermine the severity of the crime they allegedly committed or at absolving them of this crime. But we do need to understand the relationship between the identity of the victim and the power dynamics of the ruling political class.

The identity of the victim and as well as the perpetrators along with the political discourse adopted by the ruling political class play a vital role in lynching and mob violence. Last week’s lynching has refreshed the memory of another one in the neighbouring state of Nagaland.

In 2015, a Muslim migrant from Assam, Sharif Uddin Khan (36), who was accused of raping a tribal woman, was taken out of the high-security Dimapur central jail after which a crowd of thousands participated in his lynching and his dead body was hung from the city’s clock tower. More than the alleged crime, the ethnicity and religious identity of the accused was used to whip up anger among the mob. He was branded as an ‘illegal immigrant’ from Bangladesh before being lynched to death.

Ever since Sharif Uddin’s lynching in Dimapur, the spate of lynchings has continued unabated throughout the country. In most of the cases, the victims of lynching and hate crime belong to marginalised groups like Muslim, Adivasi, Dalit, Christian and others. Allegations of cow smuggling, beef eating, love jihad as well as of heinous crimes like rape and sexual violence make it more convenient to orchestrate lynching and mob violence. The available data shows that in recent years, there has been an unprecedented surge in the number of lynching and hate crimes in cow-related cases and most of the victims are from the Muslim and Dalit communities. 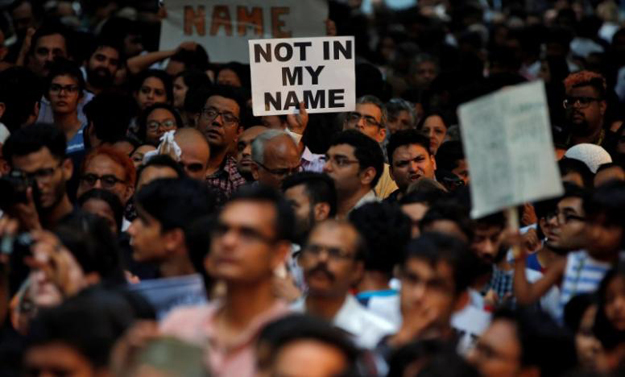 Protests against the recent wave of attacks on Muslims by mobs that accuse them of killing cows or eating beef. Credit: Reuters

What makes it easy to orchestrate a lynching?

For a human being, killing a fellow human is not easy. Experts say that if someone is not a sociopath, psychologically disturbed or doesn’t have empathy and moral feeling, there are strong inhibitions against killing others. It requires a special environment to overcome the inhibitions to carry out horrific crimes like a public lynching. However, professor Thomas Homer-Dixon of the University of Waterloo, who developed a model to understand dehumanisation and conflict, explains: “It’s unfortunately true that not all of us but most of us have the capacity to behave in such horrific ways if circumstances are appropriately organised”.

By ‘appropriately organised’ circumstances, professor Homer-Dixon indicates the process of ‘dehumanising’ the victim which he thinks is a necessary condition for a severe conflict. Dehumanising happens when someone de-individuates and caricatures members of the out-group and does not regard them as participants of his/her moral community.

While describing the lynching and hate crimes in India, I asked the professor whether his model fits into the on-going scenario in India. His reply was affirmative. The perpetrators ceased to recognise the victims as the member of their moral group or as a fellow human being, which legitimises their cruelty against the victims.

In cases where violence is religiously motivated, often something similar to dehumanisation happens. In June last year, when 15-year-old Junaid Khan was traveling home with his siblings to celebrate Eid, he was stabbed to death by his co-passengers in a moving train after an argument over seats turned ugly. According to reports: “The men (perpetrators) allegedly mocked the boys, tugged at their beards and accused them of being beef eaters.”

To understand the psychological state of perpetrators who participate in religiously-motivated lynching and hate crimes, I sought help from professor David Livingstone Smith of New England University and author of the seminal book Less Than Human: Why We Demean, Enslave, and Exterminate Others. Professor Smith told me that people who commit religiously-motivated acts of violence often see themselves as greater than ordinary human beings, and this creates a kind of distance between them that allows violence to take place.

The attackers in most of the lynching cases saw themselves as “higher” beings and the victims outside their group as “lower” beings who may be abused or killed.

Lynching videos a ‘trophy’ for attackers

Lynchings and hate crimes in modern India are followed by a disturbing new trend which resembles the lynching of black Americans in the late nineteenth century and early twentieth century US. During 1880-1930, thousands of black Americans were lynched by white Americans on fictitious accusations of raping white women or stealing cattle. The victims were killed in most horrific ways to inflict maximum pain and suffering. The dispersed body parts of the victims were collected by the attackers as trophies. Hundreds of people dragged a suspected rapist, taken from prison by a mob, through the streets of Dimapur, Nagaland. Credit: Reuters

In 21st century India, the perpetrators don’t collect the body parts of the lynched victims but they film the horror on their smartphones and upload it onto social media. There are several videos of such attacks being circulated in the social media by the attackers themselves. While sharing the horrific videos, the attackers neither have remorse for committing such an inhuman act of violence nor do they fear the law of the land. Rather, they feel proud of their horrendous act and want to keep the memory of the event alive.

Professor Smith terms the lynching videos as a ‘trophy’. He said, “videos made by the attackers are trophies – similar to the body parts taken at lynchings…”

Has lynching been internalised?

Lynching and mob violence are no longer just a law and order problem. These are not happening in a political vacuum. It is important to examine why at this particular historical moment, members of one group consider the members of another group as less than human? There is little doubt that lynchings and hate crimes are happening with state approval. The ruling political class has been using it as one of their political instruments – sometimes used as a direct tool to influence their constituency to garner political benefits and sometimes conveniently ignored to protect their support base for keeping political power intact.

State machinery like police and investigation departments have been biased in providing justice to the victims of lynching and hate crimes. Last month, a group of 67 retired officers from India’s elite civil service cadres wrote an open letter to Prime Minister Narendra Modi asking for “firm action against perpetrators of hate crimes” in the country. The letter alleges that in every case, the accused have either not been arrested or let off easily.

This pattern has infested all states across the country. In June last year, three Muslim youths were lynched over an alleged cow theft case in Uttar Dinajpur district of West Bengal. Police arrested the three accused and booked them under section 304 instead of 302 of Indian Penal Code, which made the crime culpable homicide not amounting to murder and the accused got bail in just two weeks. In many cases, the survivors and family members do not file police complaints against the perpetrators fearing counter cases and police harassment.

Chief minister Khandu and other constitutional authorities who are entrusted to protect the rights of the people must realise that their political opportunism and compromises are not just ‘unfortunate’ but are pushing the country toward ‘barbarism’, and are ‘inhuman’ too.

Abdul Kalam Azad is a Guwahati-based researcher and tweets @abdulkazad.