Purity, Pollution and the Drive to Turn IIT Bombay into a Modern Agraharam

The recent diktat by IIT-Bombay on separate plates for non-vegetarian students should be seen as a subtle move to revive the caste system in its essential features. 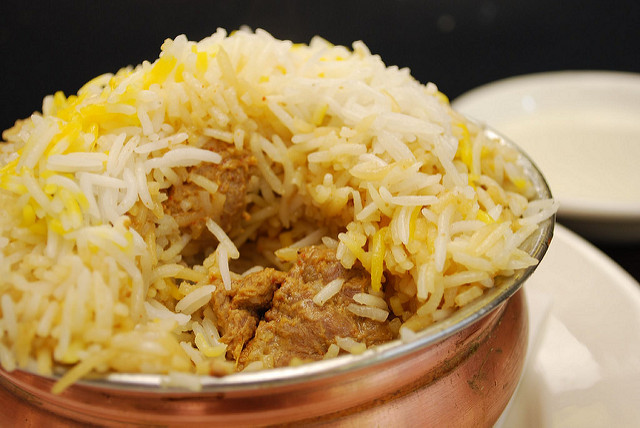 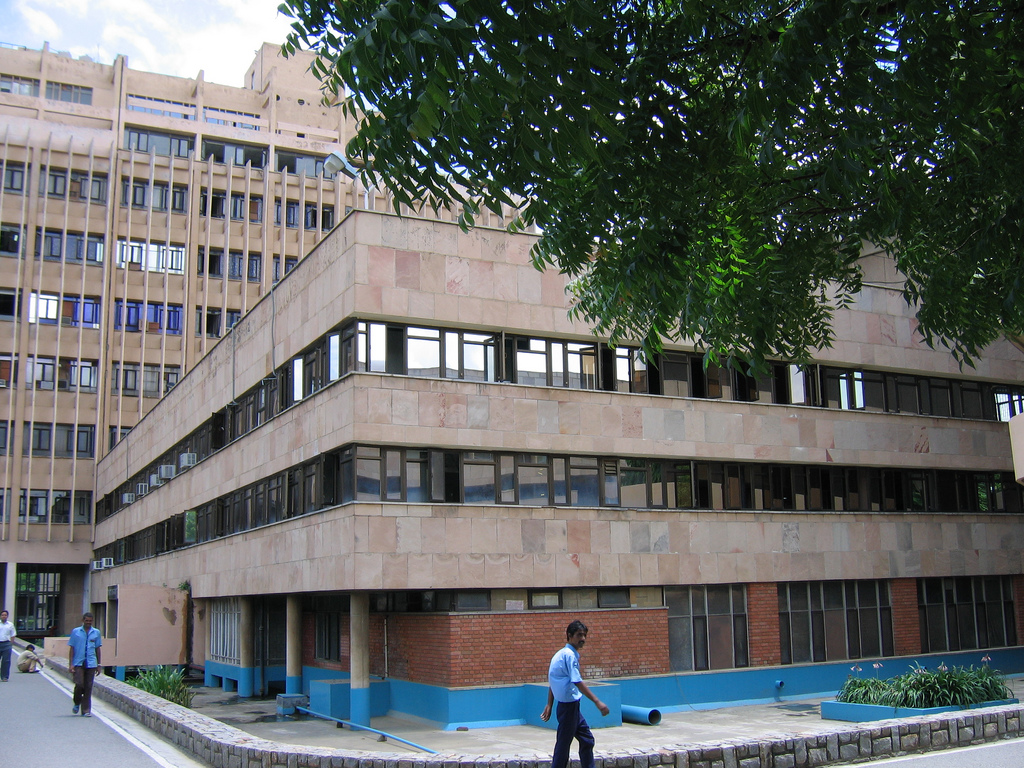 Due to its link with purity and pollution – the rationale for the caste system – the segregation of vegetarian and non-vegetarian food raises several deep-rooted sociological concerns. Above: a view of IIT Delhi. Credit: Bryn Pinzgauer/Flickr, CC BY 2.0

On January 11, one of India’s premier educational institutes, the Indian Institute of Technology, Bombay, stirred a hornet’s nest by asking non-vegetarian students to use separate plates. The official mail issued by the mess committee of the hostel went viral, creating a shockwave across the student community about this blatant attempt to reinstate the concept of purity and pollution that has historically been the rationale for the caste system. The order was reportedly issued in response to complaints by a section of students.

Under the pressure of ignominy that the media brought in, the mess committee silently withdrew the communication a few days later but maintained that that its order merely reiterated a pre-existing rule that was not being enforced. This is the standard alibi of those trying to create a new Hindutva normal – to say that the agenda they are pushing already existed either in law or in cultural practice. For example, the Sangh parivar used the tenuous support of Article 48 of the constitution – which prohibits the slaughter of cows and calves – to criminalise the mere possession of cow meat, thus tacitly promoting vigilante gangs to spread terror and create a new normal. We now also see ‘patriotic’ gangs thrashing people for allegedly disrespecting the tricolour, a flag which even until recent times was not acceptable to the parivar. Several such new normals have been established in our public spaces as part of the political project of the ruling dispensation during the past three years.

This diktat on separate plates should not be passed off as an issue of the sentiments of some students or the enforcement of an existing rule. It should be read as a subtle move to revive the caste system in its essential features. Already, the hegemony of Hindu culture in our ‘secular’ public institutions has become normal over the past seven decades. Nobody ever questions the lighting of ceremonial lamps, which is distinctly part of Hindu rituals, before any function in all our public institutions. It is normal to see pictures of Hindu gods and goddesses in government offices, to see temples and shrines for them in our campuses and to see government functionaries displaying their religious and even caste markers on their foreheads and wrists. The practice of performing Hindu-styled pujas by bare-bodied Brahmin priests in our public institutions is another normal. Much of this has been happening under the Congress too and that precedent is being exploited by the Hindutva forces in driving their saffronising agenda forward. The Congress committed the original sin as an expedient to political management but the Hindutva forces do it to accomplish their political project with ideological zeal. They have gained complete control of most institutions by installing their own people. Education is being slowly saffronised by contaminating the syllabus with Hindutva myths, polluting it with pseudo science and smuggling in rituals.

IIT-Bombay already has segregated spaces for vegetarian and non-vegetarian food in its dining halls. In several hostels, there are separate tables for vegetarian and non-vegetarian students. Separate plates are given for Jain food. Non-vegetarian food is never treated as mainstream diet and is served from different counters. Much of this has already become normal. Separate plates was sought to be a step to stretch this normal. Systematically, there is also a move to push people to vegetarianism. A false impression is created that the majority of Indians are vegetarian. Prime Minister Narendra Modi promotes this lie by the exclusively vegetarian banquets he throws during his foreign tours. The national carrier, Air India, has also stopped serving non-vegetarian food to domestic economy class passengers. The fact remains that the overwhelming majority of Indians are non-vegetarians. According to the sample registration system (SRS) baseline survey, 2014, released by the registrar general and census commissioner of India, 71% of Indians over the age of 15 are non-vegetarian. Thanks to the Hindutva terror, this percentage has already dropped from 75% in 2004. Nonetheless, for some states like Telangana (98.8%), West Bengal (98.6%), Andhra Pradesh (98.3%), Odisha (97.4%), the percentage of those who are vegetarian is between 2-3%.

Because of its association with purity and pollution, the segregation of vegetarian and non-vegetarian food raises several deep-rooted sociological concerns. The caste system, for instance, is essentially based on the notion of purity and pollution. The Brahmins being at the top of the caste hierarchy, are considered ritually pure and the Dalits at the bottom, impure or polluting. The other castes are located on this continuum as per their hierarchical rank. Since meat-eating is considered impure, it becomes an analogue of the Dalits. Christians and Muslims, in the Hindutva scheme, are essentially Dalits as the majority of them historically belonged to the latter category. Any contact – even with the utensils where non-vegetarian food is eaten, and by extension the person subsisting on such food – is considered impure or polluted. In the Peshwa era, Dalits were forced to wear a pot around their neck to contain their spit, a broom hung to their behind to wipe off their footprints and to create an alarm while passing near the upper castes so as to alert them from being polluted.

Already, discrimination and humiliation are taken as an integral part of the lives of Dalit students in IITs and many other institutions of higher education. They are looked down upon as the undeserving ones. The prejudicial climate ghettoises them. In 2007, the Thorat Committee, in the case of the All India Institute of Medical Sciences, New Delhi, had observed that the segregation of Dalit students was a fact and so also the humiliating and discriminatory treatment to which they were often subjected. The situation in the IITs may not be very dissimilar. The very fact that the Dalits and lower caste students have begun to organise in IITs and link themselves to an umbrella organisation named COSTISA (Coordination of Science and Technology Institutes Students Association) is testimony to it. The struggles of the Ambedkar Periyar Study Circle in IIT-Madras had adequately exposed the discriminatory practices of the IITs.

Segregation is the first principle of the caste system, and surrender the last one. IITs are known to be dominated by upper castes, who have effectively guarded them like their proverbial agraharam from the polluting presence of Dalit faculty in their midst under the fake plea of merit. However, they have not managed to keep out Dalit students. Such moves to isolate and segregate them – under the garb of dietary practice – besides reinforcing the place of caste, may also be a ploy to demoralise them so that they either surrender or are discouraged from even seeking admission in institutions like the IITs.