Six others have been severely injured. 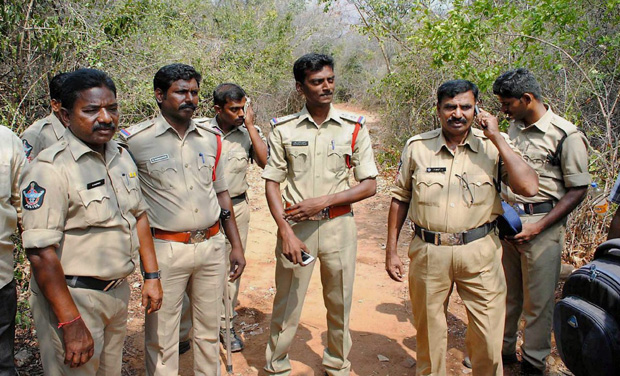 New Delhi: Two Dalits were killed and six others severely injured in an attack in Kachanatham village in Tamil Nadu’s Sivaganga district. Upper-caste Hindus were “enraged” that Dalits did not present temple honours to a upper-caste family, and a Dalit man sat cross-legged in front of upper-caste men, The Hindu reported. An armed group of 15 men brutally attacked Dalit villagers at 9:30 pm on Monday night, the newspaper reported, while most families were in their homes.

The Indian Express quoted Communist Party of India (Marxist) leader Kandasamy M., who visited the village after the violence, as saying that the attack occurred after Dalits protested the sale of marijuana in the area by people from a neighbouring village. “Following arguments during a recent temple function in the area, there were reports that Dalits had faced threats from a section of Thevar community in the neighbouring village,” he said.

Arumugam (65) and Shanmuganathan (20) died on their way to the hospital. According to the police, one of the injured men is in a critical condition. “No women were attacked. Only those who tried to stop the assailants suffered minor injuries. But the men who suffered injuries had deep cuts on their bodies, made with sickles,” a senior police officer told Indian Express.

According to one of the villagers who is accompanying the injured being treated at Government Rajaji Hospital, complaints had been filed about Dalits facing threats but nothing had been done about them.  Indian Express quoted the villager as saying, “Even if we file a complaint, police will settle it in a kangaroo court without registering a case or taking action.”

On May 25, The Hindu reported, an upper-caste man was not presented honours at the Kachanatham temple festival. The next day, Chandrakumar (45), an upper-caste men, abused two Dalits (including Shanmuganthan, who was killed) for sitting cross-legged in front of him.

After receiving a complaint, police reportedly booked Chandrakumar under Section 294 (b) of the Indian Penal Code (uttering obscene words). His son and his friends carried out the attack on Dalits four days later, police told The Hindu.

The police have detained five among the accused while five others have surrendered before a Madurai court, Ramanathapuram SP Omprakash Meena said. The National Commission for Scheduled Castes has sought a report on the violence from the SP and the Sivaganga district collector.

According to The Hindu, more than 100 villagers staged a sit-in protest at Panagal Road in Madurai on Tuesday, demanding justice for those killed and injured.

There has been a spate of attacks on Dalits across the country in recent months. For instance, last month a Dalit procession was allegedly attacked by upper-caste men in Rajasthan’s Bhilwara district because a Scheduled Caste groom was riding a horse. The incident revived memories of 2010 for the groom’s brother, when he was part of a similar procession for his elder brother’s wedding, and upper caste villagers had pelted stones at them.

In 2015, a similar incident of attacking a Dalit groom occurred in Ratlam, Madhya Pradesh. Certain upper caste members threw stones at a Dalit groom for riding a horse, following which they took away the animal with them. When the procession arranged for a second horse, the villagers came back to attack again, because of which the groom had to wear a helmet all the way.