Understanding Bengal's Namasudras, Who Are Divided Between TMC and BJP

In conversation with historian Sekhar Bandyopadhyay about the journey of the Matua community and how vulnerable they are to the electoral expediency of mainstream political parties. 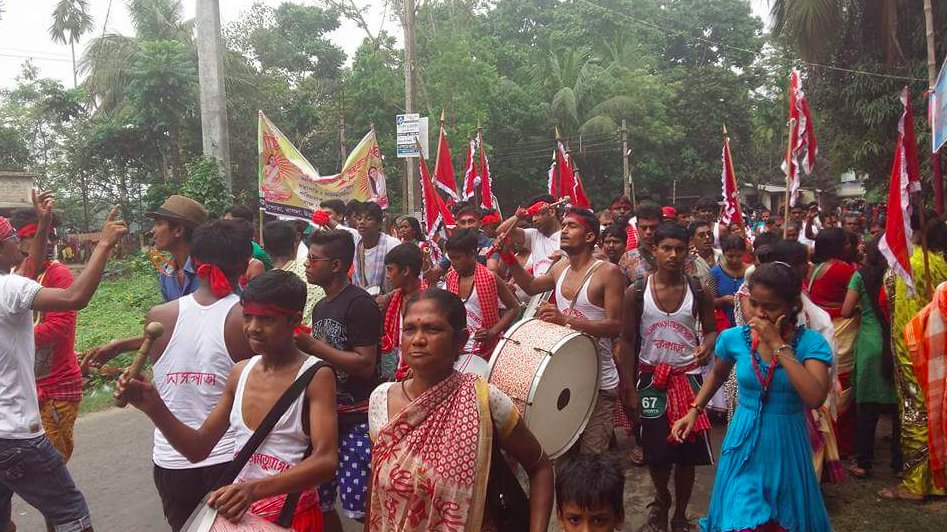 Members of the All India Matua Mahasangha. Credit: Facebook

Kolkata: Prime Minister Narendra Modi recently launched the BJP’s 2019 election campaign from Thakurnagar, a part of Bangaon constituency near the Bangladesh border. He met Binapani Devi, the matriarch of the Matua community. Binapani Devi’s grandson Shantanu Thakur, an emerging leader of this Namasudra community, shared the podium with the prime minister.

In 2011, the Matua Mahasangha had fully backed the Trinamool Congress (TMC). The political equation, however, has since changed. The community now stands divided in its political loyalties between the TMC and the BJP in the forthcoming 2019 general election.

Sekhar Bandyopadhyay, professor of history at the Victoria University of Wellington, who has extensively researched about the Matua community talks to The Wire in Kolkata about their relatively unknown historic legacy, the journey of the Matua community and how vulnerable they are to the electoral expediency of mainstream political parties.

The historian emphasises the caste contradictions in Bengal’s bhadralok culture reflected in the everyday interaction of upper-castes with Namasudras.

Every political party is wooing the Matua community these days. There’s however little awareness about the history of this community. When did the Matua movement start?

The Matua movement started in late 19th-century Bengal among the community which began to call itself Namasudras. They were a group of lower-caste peasants who colonised parts of eastern and central Bengal, the contiguous regions of Barishal, Faridpur, Dhaka, Khulna, Jessore. They emerged as a group of pioneer cultivators, reclaiming marshy tracts and parts of the forest land.

As a well-knit peasant community, the Namasudras began to feel the lack of respect from the surrounding community. It led them to start a social movement. The first recorded movement was in 1872, when an upwardly mobile Namasudra village headman invited some upper castes to the funeral ceremony of his mother. And they did not come.

The social boycott launched by Namasudras went on for about six months.

After this, dissident religious sects emerged within this community. Coming from a Namasudra peasant family, a person called Harichand Thakur organised this religious sect in the late 1870s. When did the Matua organisation take shape?

After Harichand’s death, his son Guruchand Thakur in the 1880s and ‘90s gave the organisation a real structure. They were close to rural Bengal’s Vaishnava tradition. Their only ritual was singing devotional songs in the Bhakti tradition. The songs defied the Brahmanical rituals of society. And the sect became very popular among the local Namasudra population, attracting other lower caste people to it.

It also did not just remain a religious movement. It developed its own social reform aspects. Guruchand argued for Namasudras to organise themselves. To educate themselves as well as get into power structures.

When did this happen?

This was in the first decade of the 20th century when it became a well-organised movement. The social reform in the 1890s and the early 1900s, included educational reform. The Matuas came in touch with Christian missionaries with whose help schools were launched in Namasudra villages.

What about political awareness?

The first political protest was registered during the 1905 anti-Partition movement. This large group of peasant community in eastern Bengal refused to participate in the anti-Partition agitation, becoming a major eye-opener for the nationalist leadership. They unsuccessfully tried to win over this group. Even Gandhian mass movements could not mobilise these people. By that time they called themselves the Matua Mahasangha.

The Mahasangha supported candidates in reserved seats for Depressed Classes ( they were then not called Scheduled Castes) in the Bengal legislative council. The candidates fought the election as independents.

Did any political party support them?

Fazlul Haq, leader of the Krishak Praja Party which mobilised Muslim peasants could get the support of these independent scheduled caste groups. This revealed the possibility of a Dalit-Muslim alliance to prevent the upper-caste dominated Congress from coming to power.

How did the Dalit-Muslim relationship work?

After 1937, all political parties tried to woo the Scheduled Castes. By 1946, however, Partition politics started and riots began. The Dalit-Muslim relationship was working all right at the top but it was a love-hate relationship at lower levels.

The power structure in the East Bengal countryside was mainly divided between upper-caste landlords and lower-caste and Muslim peasants. Occasionally, Namasudras and Muslims forged alliances. But after the Dhaka riot of 1940, this equation began to change. Communal politics became more organised.

Also read: How the Dalits of Bengal Became the ‘Worst Victims’ of Partition

The Namasudra community and Muslim peasants also competed with each other for land and resources. By 1946-47, as Partition approached, the movement became divided. One group was led by Guruchand Thakur’s grandson P.R. Thakur who sided with the Congress.

On the other hand, Jogendranath Mandal organised the Ambedkarite movement. Mondal allied with the Muslim League. So the Namasudra movement which before 1937 was a united front challenging the authority of the upper castes, got divided.

How did Partition impact the movement?

Partition did not help the community. The entire Namasudra area went to East Pakistan. Jogen Mandal, leader of the Scheduled Caste Federation, himself remained in Pakistan, becoming a minister in the Jinnah government.

He believed in Jinnah’s assurance that lower-caste Hindus would be well looked after. But things began to deteriorate. Some leaders like P.R. Thakur himself had migrated to West Bengal right after 1947. But the majority remained in Pakistan. 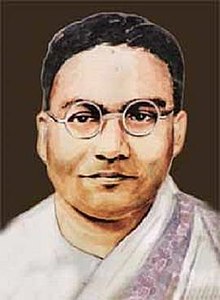 The relationship between Dalits and the Namasudras already riddled with problems from beforehand completely broke down from around 1950. By that time, their migration from East Pakistan to West Bengal began. Land was scarce and Bihari Muslims had to be rehabilitated. This created an economic breakdown in East Pakistan.

When did Jogen Mandal migrate to India?

After the 1950 riots, Jogen Mandal migrated to India. The second wave of migration from East Pakistan to West Bengal began. The particular feature of this migration was that the migrants were mostly Namasudra peasants.

Why is there so little mention of this community in public and academic discourse?

This group of refugees disappeared from Partition and refugee historiography –primarily because they migrated three years after Partition, and were treated as a burden on the already vulnerable economy of West Bengal.

If we look at pre-Partition caste politics in western Bengal, the organised movement of scheduled castes was historically weak in these districts. The groups there were small in number, so they were never properly mobilised.

What happened in post-Partition West Bengal?

The major communities providing leadership as well as support to these groups remained outside of West Bengal in east and parts of north Bengal which went to Pakistan. After 1950, however, they began to migrate to West Bengal. P.R. Thakur settled down in Thakurnagar. He was a Congress MLA. Jogen Mandal came back in 1950. Both these leaders’ major focus was refugee rehabilitation.

Was there a change in the movement’s focus?

The focus shifted from the rights of scheduled castes to refugee rehabilitation. These people assumed a new refugee identity. The West Bengal government and the government of India decided to send these people, initially in refugee camps, elsewhere for rehabilitation. So the closely knit groups living in contiguous regions and mobilised for scheduled caste politics were now dispersed all over India, in the Dandakaranya region, in Chhattisgarh, Madhya Pradesh. The movement dissipated.

Was the dispersal a deliberate strategy?

Some Dalit intellectuals argue that this was a deliberate conspiracy. I haven’t seen any documentary evidence of that. The more plausible explanation supported by archival evidence is that refugees, first considered a burden on West Bengal’s economy, were then discovered as productive labour, which could be used for development projects in Dandakaranya or Andaman.

No other province has witnessed this kind of scheduled caste displacement. Despite its long record of social reform, Bengal never focussed on the caste issue.

How do you explain this phenomenon?

It is true that the ferocity of attacks on Dalits that we find in other parts of India is not seen in Bengal. Lower-caste leaders were accommodated at various levels. But they could never reach the top. In other words, the upper echelons of the power structure in Bengal society remained unchallenged.

First the Congress, then the CPI-M, followed it. The Congress tried to appropriate these people. Later the CPI-M tried to do so through panchayati raj. Dalits were brought into the system but only a few could move up the party’s leadership ladder.

Difficult to say. One could argue the caste system is deeply embedded in the bhadralok psyche.

Something the bhadralok would deny..

It is that famous contradiction that historian John Broomfield drew our attention too long ago. He argued that the bhadralok stood for the liberal, democratic society as long as their own privileges were not touched.

There are many instances of upper caste politicians opposing the accommodation of scheduled castes in the power structure. This was expressed in their day-to-day behaviour.

In their everyday treatment, scheduled caste people were made to understand where they stood. This is the main contradiction in the bhadralok culture.

How big is the Namasudra population in Bengal?

Namasudra migration has been continuing. Census puts the Namasudra population at about 11% of the total West Bengal population in 1971. By 2001 Census, the number was 17%. Then came the 2003 Citizenship Amendment Act, passed by the first NDA government. The Act refused citizenship to those who migrated to West Bengal after March 25, 1971.

In one stroke a sizeable section of Matua community became stateless. Their one major demand now is repealing the 2003 Citizenship Amendment Act. Mamata Banerjee is powerless to grant that demand.

There was a court case in 2009. The Matua Mahasangha organised a legal defence for those so-called illegal migrants arrested under the Act and won the case. The recently lapsed Citizenship Bill actually fulfils the Matua demand.