Why the Mahar Soldier Was the First Freedom Seeker in 1818

Defeating the Peshwa army in 1818 was a question of defeating those who imposed hundreds of years of untouchability on the Mahars. 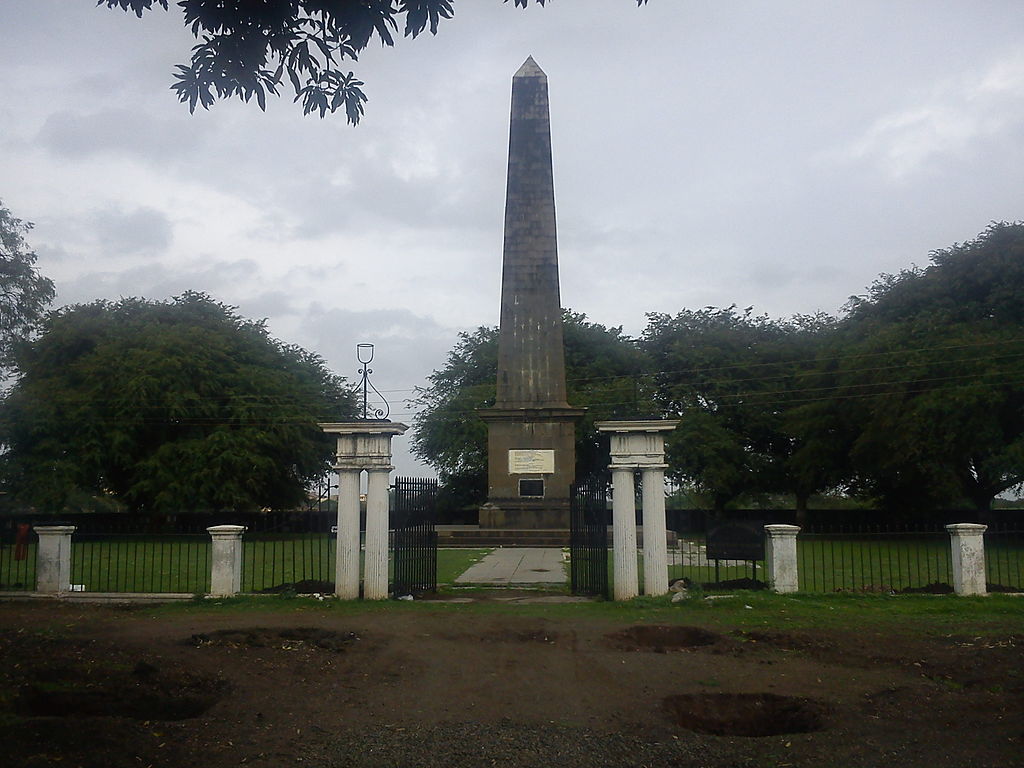 The January 1 conflict between those who were celebrating the martyrdom of Mahar soldiers in the 1818 battle of Bhima Koregaon near Pune and the Hindutva forces has heated up socio-political discourse in the country. Many people were unable to understand why in 2018 lakhs of masses had gathered for the first time in the village after Ambedkar declared it as a positive monument of untouchable martyrs. In the past, the day would pass off with a few thousand Dalits from Maharashtra attending the celebration. However, this time round it was not just Dalits from Maharashtra but other backward classes (including hundreds of Kunbi-Marathas), Muslims and Sikhs from across India who joined the chorus, singing praises of the soldiers who laid their lives for the cause of the war that expanded the East India Company’s rule in the Bombay Province.

Did these masses think like Anand Teltumbde, a family member of Ambedkar, who believed that the Mahar soldiers did not die for the nationalist cause, but “for their unflinching loyalty and faithfulness (to the British) and also because they were chiefly available” to the British colonialists?

According to Teltumbde, Ambedkar “was (also) creating (by declaring it as a great monument of martyrdom of Dalit Bahujan freedom in 1927) a pure myth”.

In other words, in Teltumbde’s considered opinion, by telling the untouchable masses to celebrate the Mahar martyrdom at Bhima Koregaon, Ambedkar tried to project the colonial army as nationalist. This view of Teltumbde, who believes in Marxist-Maoist ideology as transformative but does not accept that Ambedkarism represents transformative politics and only identitarianism, has serious implications. The placing of such a view in the public domain in a situation of Dalit Bahujan confrontation with contemporary Fadnavis Peshwaism, goes against the ethics of all human liberation. Clearly, Teltumbde did not keep in mind the national danger and the ideological harm involved while doing so.

That Teltumbde’s write-up triggered so much anger was clear from what Radhika Vemula (Rohith Vemula’s mother) said at a public meeting on January 10 in Hyderabad, organised by Dalits who were part of the January 1 celebration. At the meeting, Radhika, who apart from participating in the Bhima Koregaon celebration, shouted, “How does Anand’s wife Rama Teltumbde keep quiet when he is destroying the image of Ambedkar as a myth maker”? She was referring to his article. Many other speakers at that pubic meeting were also very critical of Teltumbde’s article. Teltumbde is a sound scholar and has his own understanding of Marxism and Ambedkarism, but he drew a hurried conclusion about the Bhima Koregaon issue, which made him a major target of criticism. 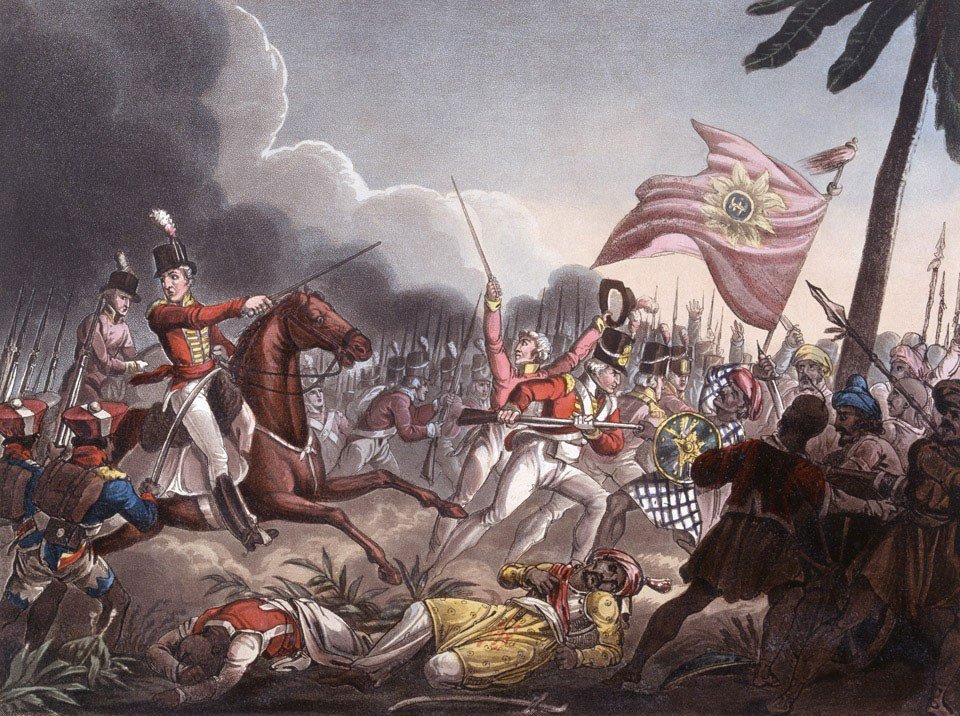 It is important, therefore, to understand the Mahar soldier who worked in the British Army, placing him in the socio-psychological setting of those times.

The Mahar, and its equivalent untouchable caste across India, were marshal communities that worked for the safety of village societies. But they never received humanitarian treatment because Brahminic rituals and social relations had taken deep roots in India. This discrimination exists even today.

Mahars and the equivalent Dalit castes, such as Malas of Andhra-Telangana, were historically village border defenders (known as kavalollu or elollu in Telugu), wielding knives and sticks. Blessed with historical warrior skills, the Mahars were considered untouchables vis-à-vis the other touchable castes and lived in spiritual fear that any revolt against the Hindu Brahminic order would harm them in this world, and in the other world. This fear was instilled into their being by centuries of uncivilised religious societal conditions of oppression.

After joining the British Army, the Mahar soldiers slowly overcame this fear and began to think that freedom was as essential for them as it was for any other human being in the world. This desire for freedom was instilled into them by British social values which, though operating within the colonial political process, exposed them to an independent socio-spiritual domain. This was largely because of missionary preaching by the same Europeans who started schools (mostly English medium) from where humanitarian Shudras, such as Mahatma Phule and Savitribai Phule emerged. Some Mahars also who got educated in that environment got enrolled into the British Army.

A simple reading of Savitribai’s two poems – ‘The Peshwa Rule’ and ‘The British Rule’ ­– in her collection Kavya Phool, published in 1892, would tell us the truth. In the two poems, she says that Peshwa rule was hell for Ati-Shudra-Shudras while British rule was heaven. Her conclusion was based on a lifetime of experience in the former kingdom of Peshwas and the then kingdom of the British.

But this does not mean that the ‘master and slave’ or ‘coloniser and colonised’ exploitative relations did not go well with the British thinking. Their exploitative practices and culture oppressed all Indians. But the Brahmins, Banias and Kshatriyas felt more oppressed, while the Dalit Bahujans felt that their exploiters since centuries were being taught a lesson by the more powerful British. It was this environment that made the Mahar soldiers feel that they (the oppressed castes) would feel more free than ever before under the British regime.

Hence, defeating the Peshwa army in 1818 was a question of defeating those who imposed hundreds of years of untouchability on the Mahars.

The question of nationalism and patriotism does not operate in a society ridden with huge caste and cultural differences. Man is not a nationalist animal with a belly to swallow slurs by abusive nationalists. Man by nature is a freedom seeker, apart from being a food, air and water-seeker. It is this freedom-seeking nature that has resulted in civil wars within nations.

A Mahar soldier in 1818 was the first great freedom seeker, even while working within the colonial army. I hope my friend Teltumbde rethinks his understanding of Bhima Koregaon.

Kancha Ilaiah Shepherd is a member of T-MASS, an organisation that works for social justice.