The Dalit family is converting to Buddhism today, and members were attacked in Una earlier this week when they went to buy things needed for the conversion ritual. 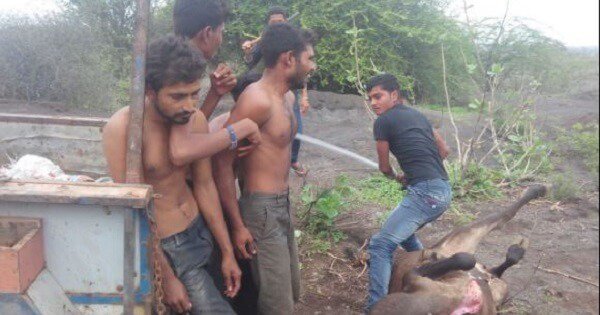 Una (Gujarat): On the evening of April 25, Ramesh Sarvaiya and his cousin Ashok Sarvaiya, two of the four youths who were flogged in Una in Gujarat in June 2016, were once again attacked by one of the accused who is presently out on bail.

Balubhai Sarvaiya and some family members were going from Una to their village Mota Samadhiyala when Kiransinh Balubhai Darbar attacked and threatened Ramesh and Ashok.

“Balubhai, Ashokbhai, Rameshbhai, Vasrambhai and other family members were returning back to Mota Samadhiyala after shopping in Una town. The family is going to convert to Buddhism this Sunday and everyone had gone to Una town to buy the stuff that we need for the conversion ritual. Balubhai, Vasrambhai and others were travelling in a vehicle with all the goods and Ramesh and Ashok were on a motorcycle ahead of them. One of the accused, Kiransinh Darbar, who happened to be taking the same route saw Ramesh and attacked him,” Jitubhai Sarvaiya, the cousin of Ramesh Sarvaiya and Vasram Sarvaiya told The Wire.

“We are at Una police station. The police called to ask for details of the incident,” Ramesh Sarvaiya told The Wire. At the time, he was at the Una police station with his brothers and his father Balubhai Sarvaiya, the complainant in the case.

An FIR has subsequently been lodged at the Una police station against Kiransinh Darbar and a friend who was with him when the attack took place. 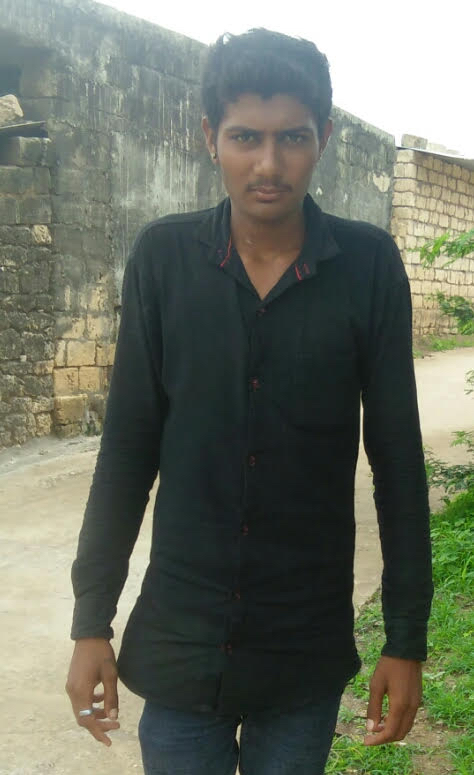 Ashok Sarvaiyya, who was the youngest victim and the worst injured. Credit: Damayantee Dhar

“Ramesh and Ashok were identified by Kiransinh who was also riding a motorcycle along the same road at around 5 pm. Kiransinh pointed towards Ramesh and Ashok and mocked them while telling his co-rider and friend that those are the men he had thrashed. Ramesh was stopped at a point called Rameshwar Patia, near Samter village. The duo threatened Ramesh and Ashok and told them to take back the case. When Ramesh resisted, the duo took a wooden spade and charged at the Sarvaiya brothers. But Ramesh held his hands and nobody was injured. By this time a crowd had gathered and Kiransinh and his friend fled the spot,” stated V.M. Khuman, the police inspector of Una police station.

“Kiransinh and his friend are absconding. An FIR has been lodged against the duo and the matter shall be investigated by J.M. Chavda, Deputy Superintendent and in- charge of SC/ST cell,” added Khuman.

In June 2016, four Dalit youths and others from the same family were assaulted. Later, 43 accused were arrested by the Gujarat Crime Investigation Department – CID Crime – in September 2016, including two minors and four police personnel. After about two years, only six remain in custody and one of the four police personnel, also an accused, has since died of jaundice in September 2017. He had been suspended for dereliction of duty.

“After two years, the hearing of the case is yet to begin but 35 out of 43 accused are out on bail. The prime accused was granted bail by Gujarat high court in 2016 on the condition that he shall not enter limits of Una,” stated Govindbhai Parmar, the advocate who is handling the case on behalf of the Sarvaiyas.

In December 2016, the court of Justice A.J. Desai had held that the charge sheet had been filed and that the trial will take time. While giving bail to Shantilal Monpara, president of the Sanatan Charitable Trust and the alleged mastermind of the incident, the court held, “Prima facie it appears that there is no direct or indirect role of [the] applicant which should establish that he has instigated the assaulters and was in contact with them. It appears that he was not present at any places where the incident has taken place.” 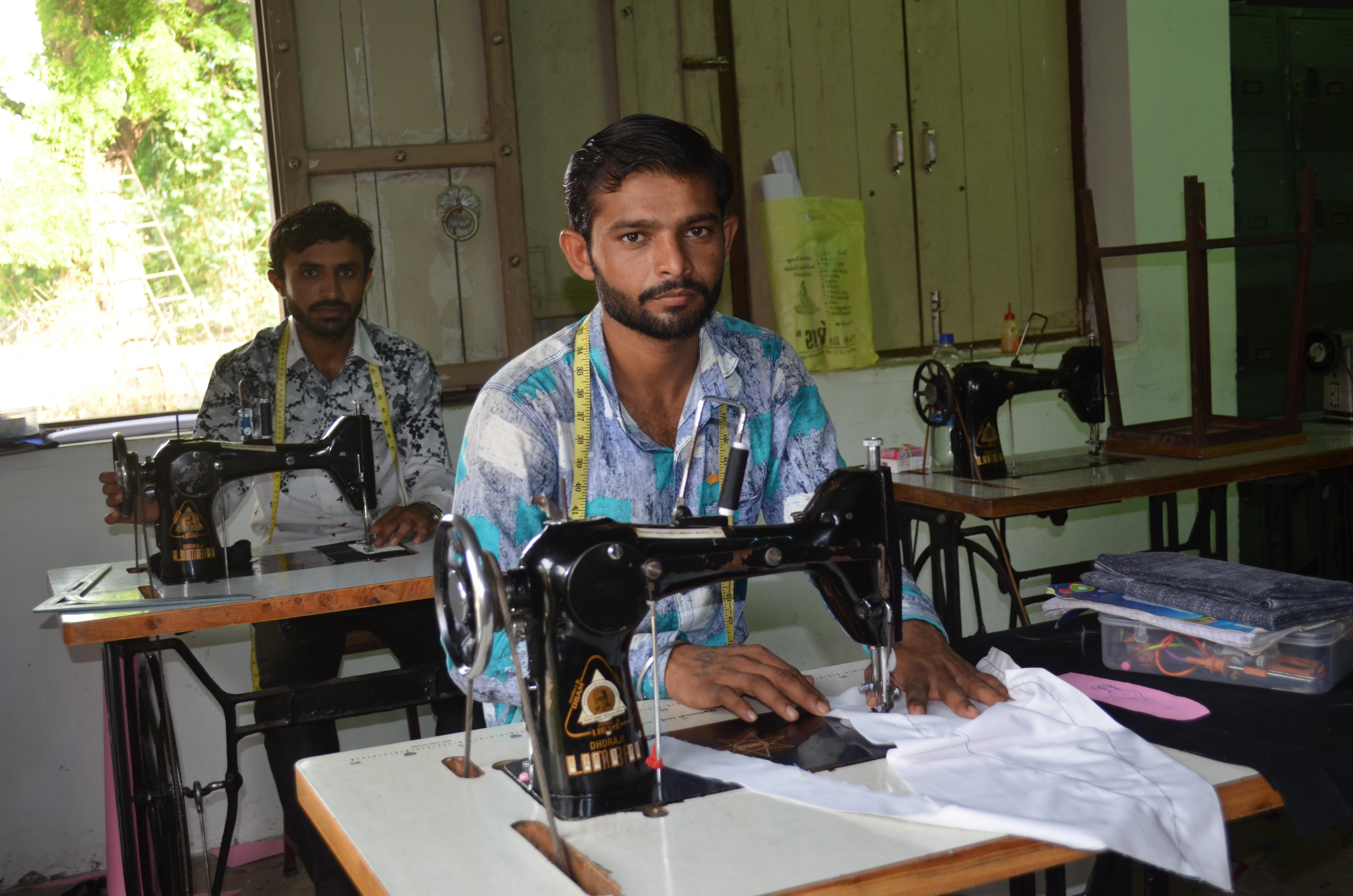 “It is important to note that accused Kiransinh was not named by the complainants in the FIR. It was CID Crime who identified him thrashing the Sarvaiyas in the video that was widely circulated and included his name in the charge sheet. Yet he got bail like most accused who have got bail on the grounds that the trial is going to take time,” said Govind Parmar.

“We have feared for the safety of the Sarvaiyas since the incident. Dalits constitute only about 3 to 4 percent of the population of Una taluka. I think the fact that the family had decided to embrace Buddhism has irked the perpetrators. Such people who claim to be the keepers of Hinduism wouldn’t want anybody to renounce the religion. Why would Dalits want to remain within the Hindu fold when they are considered to be lowest in social hierarchy, besides not having dignity?” shared Manjula Pradeep, a Dalit activist who was formerly associated with the Gujarat based NGO, Navsarjan Trust.

“This June it will be two years since the Una flogging incident took place. The Sarvaiyas have got no justice. Civil society and Dalit leaders of Gujarat have failed to stand by the family. The accused, out on bail, are posing a threat to their life now,” added Manjula.

Since the flogging incident in 2016, four constables from the Home Guards department were posted for the security of the Sarvaiya family. However, the constables were not accompanying the family when they had gone to Una this time.

Significantly, the Supreme Court verdict in March this year barred the arrest of the accused Kiransinh and his friend pending police sanction.

“The Supreme Court verdict doesn’t say that the accused cannot be arrested. If the prima facie investigation finds a person accountable he or she shall be arrested. It can take seven days or it may be done as quickly as two days,” stated police inspector Khuman.

“Despite grievous charges most of the accused in this case were granted bail. After the SC verdict, it may take time in assuring the arrest of the accused but we will move the court to revoke his bail. He is absconding but is still a threat to the complainant Balubhai Sarvaiya and his family,” said Govind Parmar.