An interview with Pragya Akhilesh, a pioneer in efforts of rehabilitate men and women pushed into manual scavenging. 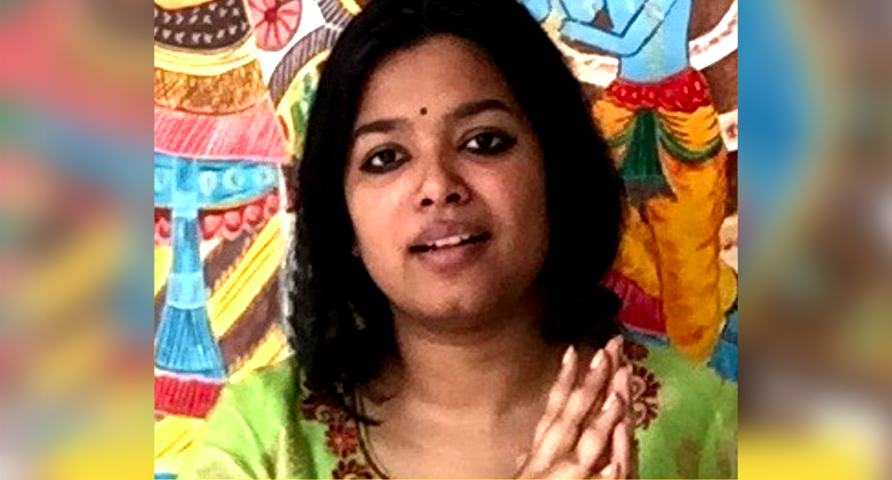 Pragya Akhilesh is called the ‘toilet woman of Delhi’. She is a trade unionist, activist and theatre director. She is also the national secretary of the Bhim Safai Karmachari Trade Union and the convener of Rehabilitation Research Initiative.

She has contributed numerous passages and articles to the Indian Express, Hindustan Times, DownToEarth and Dalit Camera on the government’s failure to recognise the labour movement of sanitation workers and the failure to eradicate and rehabilitate manual scavengers. From 2010, her efforts with folk repertory groups like Bhim Dal, Ambedkar Manch and Lok Theatre in Delhi have led to campaigns such as Khamosh! Bhim Jaari Hai.

Excerpts from an interview with her.

You have been running the Rehabilitation Research Initiative (RRI) for more than a decade now. What does rehabilitation mean to you?

There has been no systematic approach to build an organisation. This initiative grew as a movement with the subjective understanding of Parsonian approach to rehabilitation. Personally, each member needs to be rehabilitated through a network model where the effect of the rehabilitation of a child can be seen on a mother and vice versa. A lot of people when they think about the term ‘rehabilitation’, equate it with objective goals like getting a job, but do not take into account the sustenance after it.

The real question is who are you rehabilitating? What is their socio-economic background? Are you setting up micro-credit self help tools for this member if that job doesn’t work?

In this way, rehabilitation is objective, subjective and evaluative at the same time. I have never focused on the number of people rehabilitated; it is about whether the people you set on this journey are still in your life.

How did you start your journey? You have been called ‘toilet woman of Delhi’ tell us about that.

Rehabilitation happens when people begin to speak for their own self. In the beginning the only way to do this was to stand with the women who wanted to start their microcredit group.

The first self-help groups became a tool to realise that and the money saved from that became a way to open a sewing centre.

The ‘toilet woman’ epithet was first used in a negative sense as I have always worked with the sanitation workers. Family members of men who died in the septic tanks and while scavenging became the body of the initiative. They opened their own union of sanitation workers, and started challenging the lack of implementation of rehabilitation schemes by the government.

Sanitation workers who clean the toilets find themselves in public toilets that lack water supply. These toilets turn into ‘dry latrines.’

Unionisation, therefore, helps them in asserting power and acting as a pressure group. When their entire family acts as a sustainable unit, sanitation workers are liberated from state oppression. If they decide to leave the job we ask them to think how they want to rehabilitate them. We try to hold their hands while they break their own silence.

The first SHG was a group of women sanitation workers who collected Rs 10 each from each other and held each other’s hands to liberate themselves. They became each other’s family member. When a group of people pushes each other to find their own path this is where the subjective and evaluative methods of rehabilitation become important.

Also read: We Are All Complicit in the Institutional Murders of Dalit Sanitation Workers

What methods of mobilisation do you use to bring the workers together?

Here, mobilisation through unionisation brings people together so they can understand the various government schemes and flagship programmes and their benefits or limitations. The sanitation workers who have successfully transitioned through the painful process of restoration are able to guide other workers on what hindrances they will face during the process.

You have spoken about the need for a long learning process and understanding of the group of people you want to hold the hands of. Why is this important?

Understanding both socio-economic background and cultural history becomes the most important part of the learning process. Every group has their own politics and their own challenges. To work with sanitation workers it is also important to understand who the sanitation workers are intrinsically. What are their hopes and aspirations? How have the people of the country systematically betrayed them? How has the government left them on their own?

What has been the limitation in the laws and policies relating to this work? It will only help the group to realise their goals in a more truthful way.

Also read: Govt Sanitation Workers Now Come From All Castes in Rajasthan – but Discrimination Isn’t Over

Why did you choose to work with the sanitation workers? What if they do not want to get rehabilitated?

It happened organically in 2012 when we were making the first SHG. Then these groups multiplied over time and began to help each other.

Rehabilitation in this way has not been about telling people what to do. If a person wants to take a class of folk theatre or learn singing it is also a way to restore life. When groups come together they themselves open many small political and cultural groups for doing activities together or having a conversation on things like minority community rights or gender.

We have multiple groups like Ambedkar Manch, Bhim Dal and Lok Theatre run by people of the community. In addition to this, women also put up their craft work in Dilli Haat through their small brands, Gulmohar and Neela Phool. Sometimes it is also about enrolment in an English speaking course or learning a simple skill set.

A person who wants to continue as a sanitation worker may also want to learn to sing. This is what an integrated life should look like. The scavenging community is very political when it comes to talking about caste and the eradication of manual scavenging. For them, sitting with each other and reflecting on the loss of a person may also be a method of psychological nourishment.

To leave this work or not is their decision. We cannot ask people to do that. We stand with the people from the point they decide they want any change in life. We do not go and make the choice for them.

What are the hindrances that you face in this kind of work?

I actually learned the most at the time of working at the Safai Karmachari Andolan with my mentor and father figure Bezwada Wilson.

The hindrances that I have faced do not compare to what this person has faced in his life. People began to understand the magnitude of his work after 2010 and more so after the Magsaysay Award. When I started working there my emphasis was always more on socio-cultural rehabilitation. We also used theatre as a great tool to mobilise and rehabilitate people.

People have called me a ‘toilet woman’ because they do want to limit my work to the critique of the Swachh Bharat Abhiyan but till the time every infrastructure built by this Abhiyan takes into account who is maintaining these toilets, I take immense pride in being called this.

Also read: The Nine Kinds of Manual Scavenging in India

The process begins after this very infrastructure fails them. It begins when even a single life is lost in the sewer. The promises of eradication of manual scavenging have fallen flat many times. In 2020, they promised to mechanise sewer cleaning but do not want to recognise the recommendation of the unions. The people working for the government keep filling PILs against our work because we are continuously on their radar. They do not understand that the movement of the restoration and rehabilitation of the sanitation workers is much wider than the Swachh Bharat Abhiyan and Safai Mitra.

How has theatre culturally mobilised sanitation workers? How does it fit in all this?

Theatre as a technique of mobilisation has been very personal to me. Our first campaign for RRI, named Khamosh! Bhim Jaari Hai, is inspired by Vijay Tendulkar’s plays. Coincidently, we are also celebrating 11 years of this campaign this year. The smallest example of this is when women come together to sing protest songs while sewing together. These songs of freedom bind them together and help them fight the oppressor. They have also performed at India Gate to register their anger against the state for not being able to eradicate manual scavenging.

Dr. Rahul Kumar is from Maulana Azad Medical College and the head of the Bahujan Doctor’s Association, Delhi.