On the political front, the BJP is showcasing its inclusive character; however, in the social sphere, the right wing is using anti-Dalit sentiments to consolidate its political base. 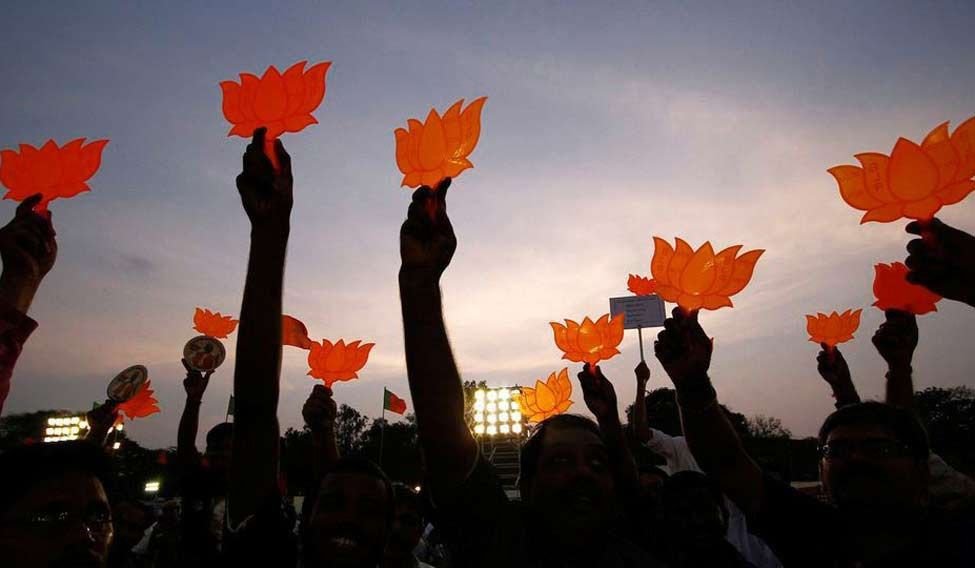 Dalit identity is a powerful political block. Its legacy of struggles for social justice has gained an iconic presence in contemporary democracy. The Ambedkarite Dalits, especially in Uttar Pradesh and Maharashtra, have resisted the Brahmanical cultural assimilation by asserting their socio-religious and political autonomy. Dalit identity has remained a bête noire to the Hindutva project and in the past, the right wing has avoided an open engagement with the caste question. The RSS-BJP combine assumes that the Dalits are an integral part of the communal Hindu identity, especially when it mobilises against the Muslims. By popularising the Brahmanical culture and religious artefacts as national symbols, the right wing attracts the Dalits into its fold.

However, against the efforts of the right wing, the Ambedkarite Dalits’ stiff ideological commitment, street militancy for social justice and the religious and cultural separateness have promoted them as an arch ideological counter to right wing politics. The recent nation-wide mobilisation of Dalits against the dilution of the The Scheduled Castes and Tribes (Prevention of Atrocities) Act highlights their growing anger against the political establishment.

The Rashtriya Swayamsevak Sangh (RSS) understands the dynamic legacy of the Dalit movement in disturbing the Hindutva’s ideological rigour. Hence, to neutralise the impact of Dalit assertion on the political and social fronts, the right wing forces have improvised their tactics at both levels. On the political front, the BJP is showcasing its inclusive character; however, in the social sphere, the right wing is using anti-Dalit sentiments to consolidate its political base.

The Bharatiya Janata Party (BJP) promotes itself as a party committed to social justice and has highlighted that “no other government has honoured Ambedkar more than the current regime’’ Prime Minister Narendra Modi, who referred to himself as a ‘Bhakt of Ambedkar’ has also announced two grand memorials of Ambedkar at Mumbai and New Delhi. Further, the Maharashtra state government acquired the ‘Ambedkar London House’ by paying Rs 40 crore, which now will became an International Research Centre on Ambedkar. To attract Dalits, the BJP in its political campaigns has systematically utilised Ambedkar’s name and photographs and has often promised not to disturb the reservation policy.

Last year, the election of Ramnath Kovind as the President of India was used by the BJP to showcase that the party was keen on inclusion of Dalits in its political agenda. Along with this, the BJP also showcased the importance of Dalit leaders like Ramvilas Paswan and Ramdas Athawale in running the current government. The representation of influential Dalit castes and recognition of its social symbols has become imperative in BJP’s new social engineering.

Such strategies of inclusion have surely helped the BJP improve its conventional anti-Dalit image. It has improvised its conservative ‘Brahmin-Bania’ party image by offering the party a liberal political character. Importantly, the RSS also understands that broader resonance of Dalit identity and its ideological merit only complicates the Hindutva’s political project. The BJP also understands that such symbolic political actions and ceremonial events may attract the mobile urban Dalits but may create anxieties within its core social base. Its conventional vote bank is not the Dalits, but mainly the small town urban middle classes and the conservative upper caste population.

At the ground level, the BJP’s conventional voters and Dalits have no fraternal association or social alliance. In contrast, the everyday social relationships are dominated by the cultural values of the social elites. The recent incident in Gujarat, where a young Dalit boy Pradeep Rathod was killed by the upper castes for reportedly owning and riding a horse, showcases the deep-seated hatred against Dalit assertion. Dalits face the worst kind of social prejudices, humiliation and violence against which right wing politics has no reformist agenda. 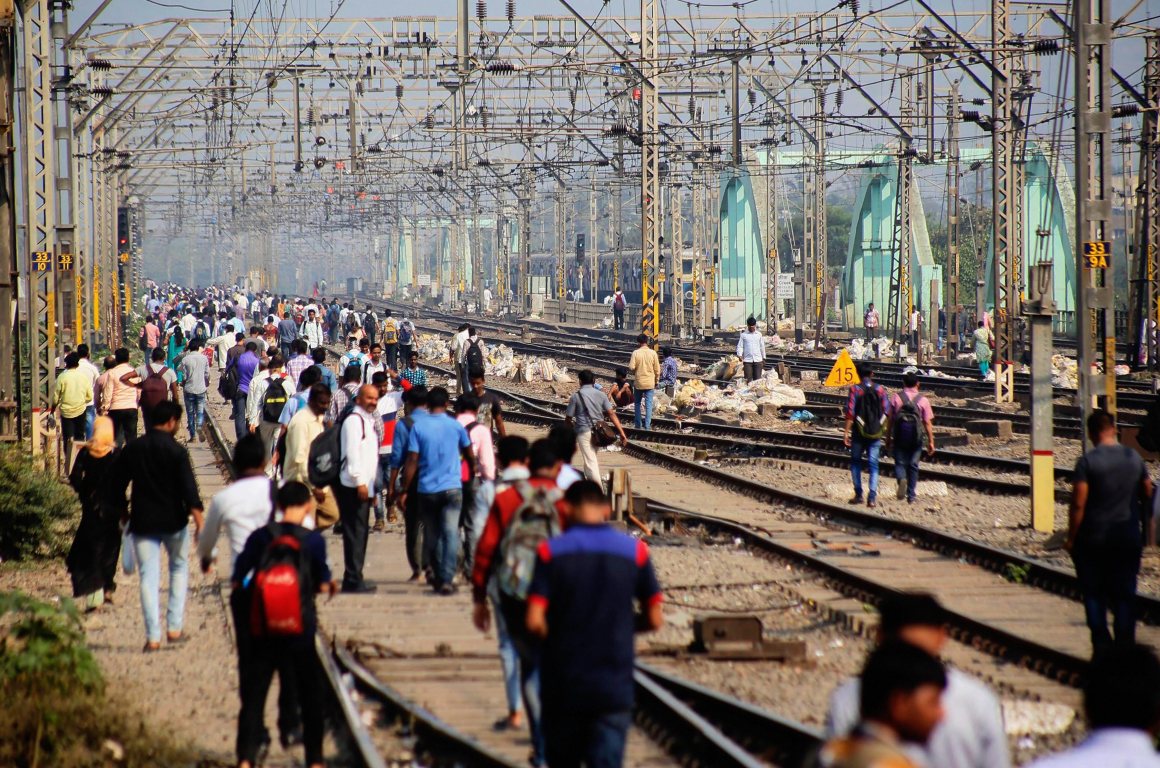 A recent study by the University of Pennsylvania under Social Attitude Research for India highlights that large sections within the upper-middle class society still hold explicit prejudices against the Dalits. Brahmanical conservatism grips the social psyche even in times of high-modernity and refuses to change. Social relationships are still disciplined through caste and communal prejudices. Muslims and Dalits face humiliation and violence everyday because of the ingrained hatred constructed by the conservative Brahmanical social values. The agenda of social reform, therefore, remains incomplete, as the radical transformation of social attitudes needs annihilation of caste pride. The social elites have not only resisted the agenda of social reforms, but have also categorically treated those who stood against Brahmanical values, rituals and customs as anti-social. The claims for constitutional safeguards, reservation policy and social dignity by the Dalits are often belittled as demands of ‘freeloaders’ and ‘non-meritorious’ people.

In fact, the right wing categorically exploits the entrenched anti-Dalit social tendencies to organise its core political base. Nationalist-Hindu cultural symbols and upper caste social pride are often evoked to challenge the radical Ambedkarite demands. To satisfy its conventional conservative social base and to broaden the appeal of Hindutva, the BJP (and the RSS) apply a distinct social agenda from its political strategy.

For this government, the creation of anti-Dalit agenda began with the Rohith Vemula suicide incident. The then human resource development minister Smriti Irani went against the Dalit students’ struggles in the University of Hyderabad and blamed the protesting groups for instigating caste conflicts on campus, demonstrating that Dalit protesters would henceforth be treated as ideological enemies of the government. Later, the brutal flogging of Dalits by cow vigilantes in Una in Gujarat demonstrated that Dalits would be punished with brutal violence if they disturbed the cultural conformity of Hindutva politics. Soon after, in Saharanpur, Uttar Pradesh, the popular Bhim Army leader Chandrashekhar Azad was arrested under the draconian National Security Act, mainly for organising Dalits against the exploitative hegemony of upper caste Thakurs in the region.

On the January 1, 2018, a planned attack by militant right wing groups on an annual Dalit event near Pune took place. The right wing termed the annual celebration to commemorate the Mahar soldiers’ participation in the Bhima-Koregaon battle as ‘anti-national’ and demeaned the social history that the Dalits have created to claim their respectful position in the past. In April 2018, the Centre once again demonstrated its reluctance in the Supreme Court to protect the SC/ST Act from being diluted. It was only after massive protests by Dalit groups in all major states that the government decided to file a review petition in the court. Again, very recently, the Allahabad high court issued a guideline that is extremely detrimental to fulfilling the reservation quota in universities. Here, too, the government did not show any sensitivity to protect Dalit rights.

These are few incidents where the ruling elites visibly went against the social aspirations and constitutional rights of Dalits. The government cared more about Hindutva’s political assertion and the interests of the conservative elites. More importantly, Ambedkarite protesters are  being projected as militant hate-builders against the Hindu religion and the Hindutva-led nationalist-state. On mainstream media and on various social media portals, politically conscious Dalits and their assertion for rights are being demeaned as ‘narrow’ appeals of a caste group and therefore harmful for the nationalist Hindutva project. There is a greater imposition of tags like miscreants, lawbreakers, Naxals and even as anti-national. Such vocabulary belittles and further alienates the Dalits. The robust collective-Hindu self is being evoked to target the ‘separatist’ political Dalits. These strategies on the social fronts have cunningly projected the Ambedkarite Dalits as a new social minority.

The way Muslims as the ‘political other’ are required to be submissive to majoritarian Hindu communalism,  the Ambedkarite Dalit minority, too,  is being projected as the new ‘social other’  to help the right wing mobilise conservative Brahmanical Hindus. One can see such trends, especially in UP and Maharashtra, where ideologically committed Dalit castes, like Jatavs and Mahars,  are being projected as ‘aggressive’ anti-Hindutva castes. The Ambedkarite Dalits are thus branded as counter-culturists to the collective will of the Hindus and, therefore, as ‘anti-social’ and ‘anti-national’.

In the changed political climate today, the BJP has understood the limitations of its inclusive social engineering. It is not possible for the right wing to address the issues of social justice since it goes vehemently against its own ideological mettle and disturbs its core support base. More than the politics of Dalit inclusion, the right wing has decided to return to its core Hindutva agenda. Therefore, on the ground, the BJP is trying hard to retain its conventional upper caste support. It is pretty clear that the right wing is consciously trying to engineer a broad social alliance of upper castes and other dominant castes by projecting Ambedkarite Dalits as a new militant social ‘enemy’.