If governments were to lend their whole-hearted support to at least one whole generation, then there would be no future generations of backward communities – just as Ambedkar had envisioned.

On 20 May 1951, Dr. Ambedkar addressed a conference on the occasion of Buddha Jayanti organised at Ambedkar Bhawan, Delhi. Credit: Wikimedia Commons 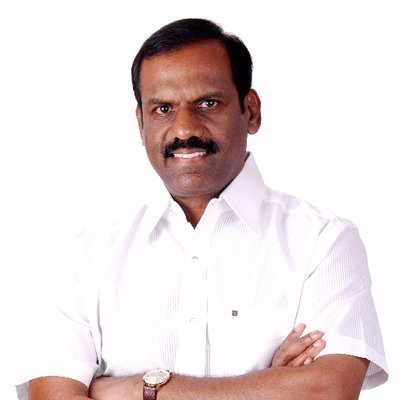 It’s been a while since I first donned the white coat of a doctor in 1983. In the medical world, the white coat makes doctors easily identifiable to patients and also conveys the importance of hygiene.

When I stepped into politics in 2008 as a Praja Rajyam Party member, the love affair with white continued, albeit in a different sense. The white khadi kurta, which is synonymous with Indian politics, has had its fair share of jokes. Indian voters believe, and often rightly so, that a khadi kurta is a pass for ‘saath khoon maaf’. And politicians have only themselves to blame.

A childhood memory that lingers is one where I’m sitting in my father’s office chair. Behind the chair hung a portrait of Mahatma Gandhi. A wall lizard, which had taken up residence there, would periodically stray outside its domain to grab an insect. Having gulped its snack, the lizard would scurry back behind the great man’s frame.

This is perhaps what politicians do regularly, they feed on votes, or perhaps monetary kickbacks, and then go back to the comfort of their gaddis. Just like the lizard at my parental home, they too find shelter behind a Mahatma or B.R. Ambedkar.

I have done my fair share of garlanding of Ambedkar statues and it still rattles me that Amdebkar’s philosophy is mostly seen as a ruse for vote-bank politics. Bheemrao Ambedkar is revered as much for his contribution to a universally valued constitution as for his dreams for the betterment of the underprivileged. But mostly, these dreams have been cast aside by political parties in their scramble to appropriate Ambedkarism.

Indian history has proven that development and vote-bank politics seldom go hand-in-hand. In fact, they seem opposite to each other. Literate people might make an effort to acquaint themselves with party policies, ideologies and read the list of contestants before casting their vote. An illiterate or undereducated voter mostly goes by the party symbol and things he or she has heard about the party. This might be one reason why in India, we attribute so much importance to a party symbol.

Ambedkar had opined that the reservations he was proposing should have a time-frame. He had envisaged that during this period, with the help of reservations, there would be a significant social as well as economic development in the lives of the under-privileged who would not need them later on (such supports, once the development is achieved).

But rather than implementing such dreams of Ambedkar in their true spirit, reservations have been used towards building vote-banks. For instance, there were around 70-odd backward class communities in the 1970s, all classified as socially backward. Ambedkar would have wanted successive governments to make clinical assessments made by these communities over the decades. In 2006, under the Y.S.R. Reddy government, the number of backward communities in united Andhra Pradesh doubled to around 140.

What sort of progress did the previous 70 communities make over six decades, either with governmental or political help? None, seems to be the sad answer. So in what way are you guaranteeing that the freshly added 70 communities would make any progress other than having a backward class label?.

The politician’s mind is evidently on a different track. It is to say, “Listen, I am bringing you under the backward category. From now on, understand that all of you 70 communities should become my vote-bank for the favour I have bestowed upon you!”

In my alma mater – the Hyderabad Public School – there are seats earmarked for Scheduled Castes and Scheduled Tribes, with rooms being provided to them in the school hostel. A common complaint heard is that the school’s standard gets affected by these allotments, since these students fare poorly at studies.

Instead of smirking at such students, a deeper analysis is perhaps required. I was born to educated parents. My father, a highly regarded lawyer, was always buried neck deep in his law books. Similarly, my mother would have a book in her hand in her spare time. Thereby, it was inculcated subconsciously in me that my future lay in doing well academically.

On the other hand, if the boy allotted a seat under reservation is the child of parents who are labourers, then he believes that studies are transient and that he will soon be toiling manually like his parents. When such a boy is translocated into a highly academic zone, it is only natural that he feels lost. While he might go through the motions of classroom activities, homework would certainly not be a priority.

On the other hand, my son was woken up at an early hour by one of us, made to sit and read. If he had doubts, one of his parents were there to help. After school and an allotted time of play, a tuition teacher would take him through the next couple of hours. How could a child allotted a seat under a quota get similar benefits and compete with the likes of my son?

Therefore, a responsible, socially-oriented school or government should oversee that the true benefits of admitting him in the HPS accrue to him. The seed of academic interest should be implanted in his mind through counselling. Teachers should be given the responsibility by turn to ensure that children are able to study by themselves. Special classes should be organised for all of them in the evening during after recreation hours. Many such children are keen on sports. If so, then every attempt ought to be made to propel them in the right direction.

But then, the purpose of the powers that be is not how the students are faring in their studies. Their purpose is again creating vote-banks for themselves by such allotments. Another similar motive is through three acres of land to the Schedule Castes in Telangana, that is being promised by the present TRS government. If at all such an allotment is implemented, then it is purely again to make these sections as vote-banks. And over a period of time, if a person benefited by the scheme sells that land, there will be a loud murmur heard; “Why should lands be allotted for these people if they are going to be sold?”

Ambedkar envisaged reservations, allocation of seats to the poor in good schools, allotment of lands for the development of the allottees. Not to make them vote-banks. There is a huge difference between Ambedkar’s developmental thought process and the present-day politician’s votebank thought process.

Similarly, has anyone studied if Dalits who have been allotted land have the wherewithal to do anything with it? Do they have financial resources or the knowledge? In the absence of either, they would in all likelihood keep the land for a couple of years and eventually sell it. The TRS government must make arrangements for allottees to benefit from its land largesse. If it is an agricultural land, then the soil must be tested scientifically to gather what could be grown there. All further necessary support to help the person to develop it by way of seeds, fertilisers, water, electricity ought to be extended so that the real purpose of the allotment is achieved. Without these support systems, land allotments would be a huge drain on the public exchequer.

If governments were to lend their whole-hearted support to at least one generation this way, then there would be no future generations of backward communities. Just as Ambedkar had envisioned.

Ambedkarism, as I understood it, is:

Support the weak so that they stand upon their own feet.

Support the weak so that they don’t need to be supported.

Vinay Kumar is a Hyderabad-based doctor.