The mobilisation around caste has increased over the last few years, observers say, wherein Tamil Nadu has witnessed over 180 murders driven by caste arrogance. 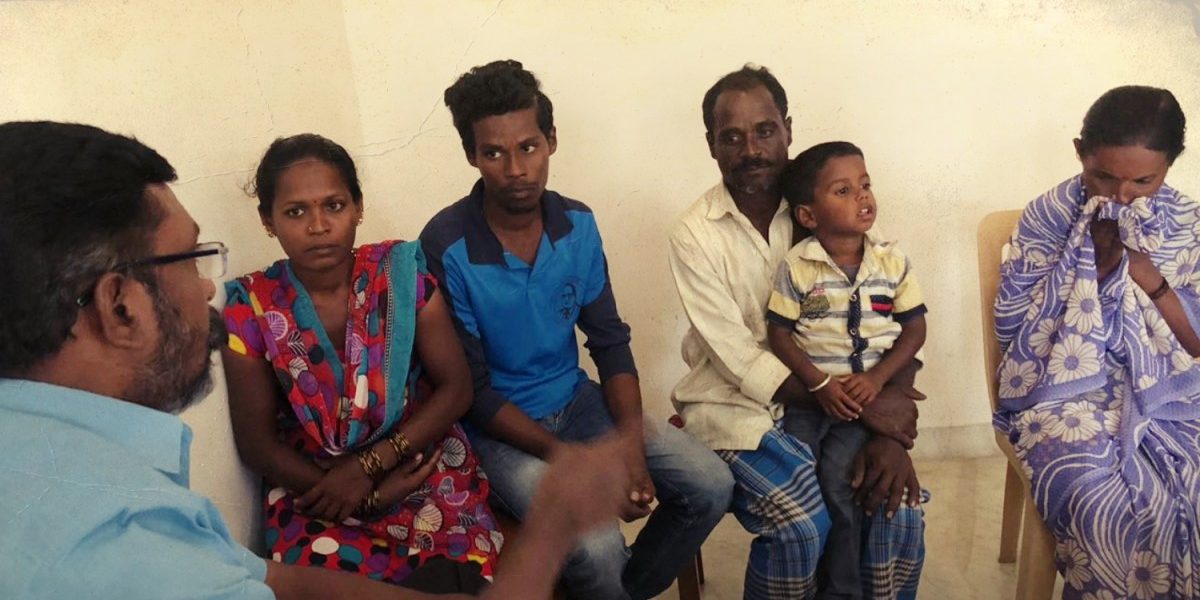 Chennai: On November 13, when his decomposed corpse was recovered from the Cauvery river near Mandya in Karnataka, 25-year-old Dalit youth N. Nandhish was beyond recognition. It had been three days since he was killed; Nandhish was also brutally assaulted before his death. But there was something that emphatically declared his identity. Nandhish was wearing a blue T-shirt that had an image of B.R. Ambedkar printed with the words ‘Jai Bhim’.

Along with a few friends in his hometown Soolakondapalli – 13 km away from Hosur in Tamil Nadu – Nandhish had started a movement to propagate Ambedkar’s ideals. All of them had similar t-shirts – with the name of the place also printed on it. Nandhish had worn the shirt on the fateful day. Two days later, his wife Swati’s decomposed body was recovered from the river. It bore more testimony of her family’s caste arrogance. Her head had been shaven as a ‘mark of shame’ and her stomach cut open, apparently to kill the three-month-old foetus. 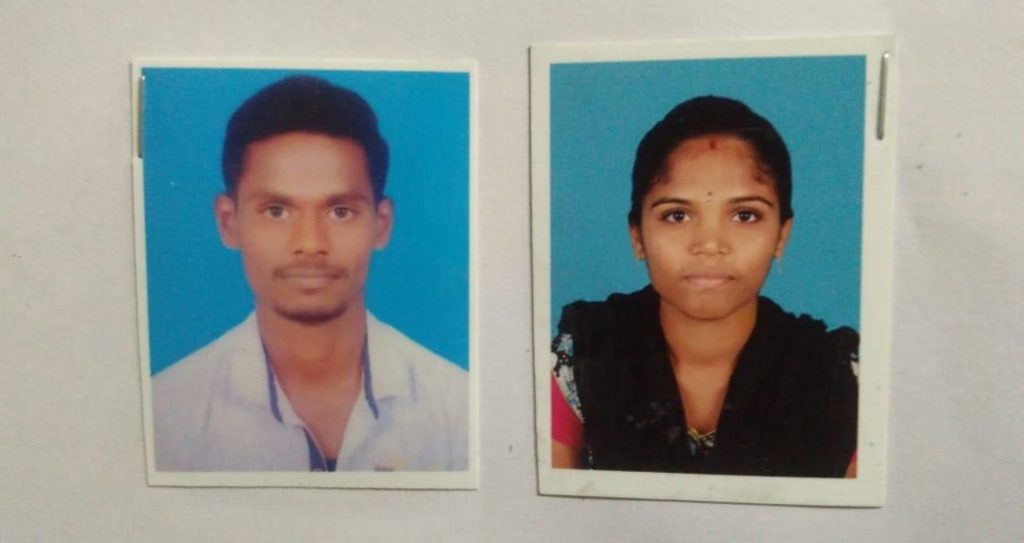 “Swati’s father Srinivasan and the six men who came with him had no intention of killing her. It was when he discovered that Swati was pregnant that he decided to kill her,” says Vanni Arasu, leader of the Viduthalai Chiruthaigal Katchi (VCK). Along with leaders of the CPI(M)-led movement like the Tamil Nadu Untouchability Eradication Front (TNUEF) and activists like film director Ranjith, Vanni Arasu had visited Soolakondapalli soon after the murders. “According to us, it is a triple murder. Caste can blind someone so much that he would not just stop with killing his daughter but will also kill her unborn baby.”

Populated by Vanniyars – the community to which Swati belonged – followed by Kurumbas and Reddys, Soolakondapalli has 17 Dalit families, all of whose members live in mortal fear after the murders. “Most of the Dalits are landless and survive by working as agricultural labourers. After the murders, they have been denied work,” Vanni Arasu says.

The couple got married on August 15, and were living in Hosur town where Nandhish was working in a shop. “It was not as if they were in hiding. The shop was in a crowded market, and I don’t think it would have been difficult for anyone to track them down. But if it took three months for Swati’s family to kill them, we suspect the family could have succumbed to societal pressure – pressure from their own community. This, I have been very disturbed to discover on my field trips, has been a growing in Tamil Nadu. Even if the family is willing to let the couple go, the community is not,” says Samuel Raj, general secretary of the TNUEF. 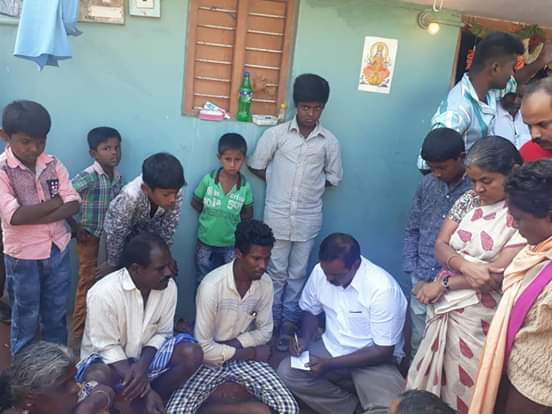 This sort of caste affinity is a recent phenomenon, assert observers. Ranjith, a successful filmmaker known for being vocal on caste issues, says it could be as recent as ten years. “I have seen how every caste creates icons for themselves, and how youth are proud to flaunt their caste names. This caste pride has percolated through all castes. I think it is dangerous that we are moving away from the annihilation of caste and towards so-called caste equality. It is evident that caste equality is a farce – look at Swati and Nandhish. In any case, in the face of murders driven by caste arrogance, only the annihilation of caste will be the solution.”

In line with many activists and even the media in Tamil Nadu, Ranjith used the phrase ‘jaathi aanava kolai (murder driven by caste arrogance)’ rather than the misleading term ‘honour killing’ to describe the crime.

Ranjith points out how Swati’s father was poor and had no political background. “You look at his photograph and wonder if he is capable of committing such murders. But that is how deeply caste has penetrated among us.” Ranjith says the growth of caste pride in the state will work to the advantage of the right-wing movement. “They help create icons for every caste, and make them their own. This will help them grow in the state.” 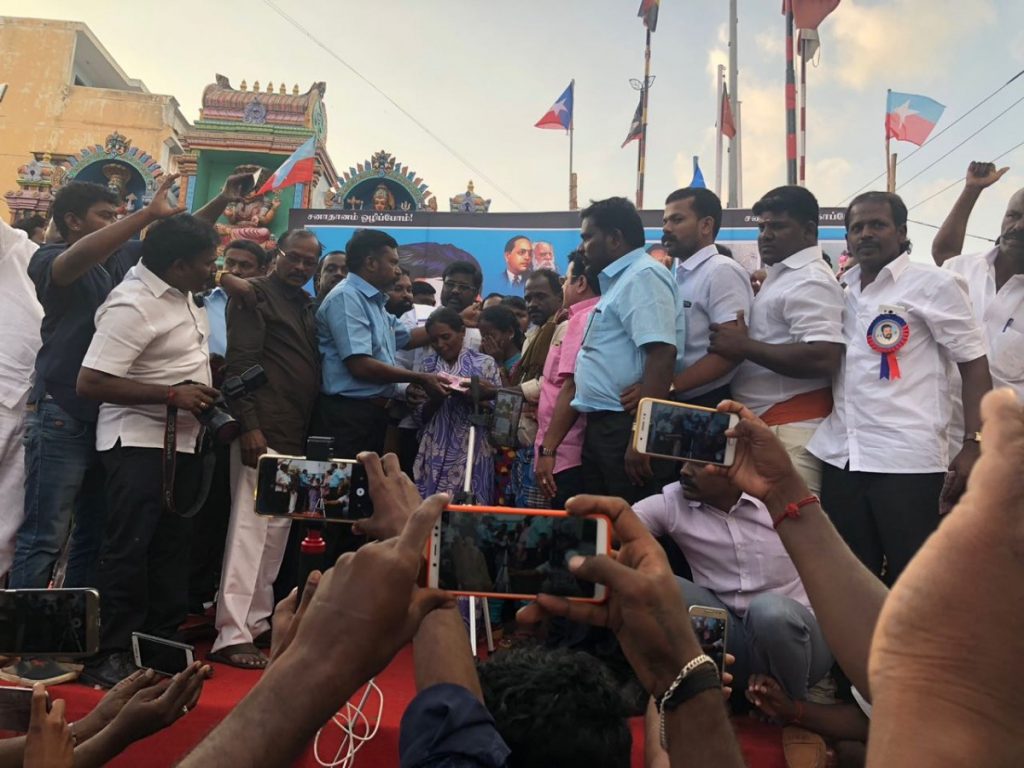 VCK protest against the murders on November 20 at Hosur

Samuel Raj concurs. “I have seen that in the last five years since the BJP has been in power, it has certainly emboldened the caste movements. Here’s a party that will strengthen them, even if not directly. The mobilisation around castes has increased over the last few years. Also, the differences between oors (where dominant castes live in Tamil Nadu villages) and cheris (slums where Dalits live) are getting blurred. You can see that the lives of Dalits have improved, in terms of education, employment and economy. It certainly does not go down well with the dominant castes. In the last five years, I have seen caste movements work proactively in the state.”

And the results are evident.

In the last five years, Tamil Nadu had witnessed over 180 murders driven by caste arrogance. This is according to the documentation done by Evidence – a movement that works on human rights among Dalits. A. Kathir, executive director of Evidence, said, “Evidence has been working on these murders for some years now. Last year, we have been able to get the culprits punished in three cases – in the case of Kausalya, whose husband Sankar was murdered by her parents, and in the case of Kalpana  – a Dalit woman killed by a couple from the Thevar community in Tirunelveli after their daughter eloped with Kalpana’s brother. We have also been able to get the culprits convicted in the murder of Dalit woman Amirthavalli, her husband from a dominant caste G. Palaniappan and their 40-day-old child.”

But Kathir admits that in the absence of a law to deal with crimes related to inter-caste marriages, getting punishment for culprits could be difficult. “Also, in most cases, the murders are committed by their own families. So who will take it forward?”

For long, activists have been demanding a separate law for murders fuelled by caste arrogance. In February 2015, deputy chief minister O. Paneerselvam – then chief minister standing in for Jayalalithaa who had been convicted in a case – declared in the state assembly that there were no such murders in the state and rejected a member’s demand for separate legislation.

The Madras high court in 2016 – in a case related to Vimala Devi from Usilampatti who was found dead after her parents’ refusal to accept her inter-caste marriage – advised the government to enact a legislation, besides stipulating many guidelines. The government in July 2018, responding to a contempt petition filed by Samuel Raj, said that it had set up a 24-hour helpline and special cells for inter-caste couples. But Raj raises doubts about whether the helpline and special cells really function. “We have had our activists engage with the cells. We have had couples facing threats seek help. Nothing has come of it.” TNUEF plans to approach the court once again, for an effective remedy to this issue.

Samuel Raj (in white), director Ranjith (in black shirt) and Kausalya (red salwar) among others in a meeting with district officials.

Responding to criticisms about the DMK’s perceived disinterest in such murders, DMK president M.K. Stalin said the party had zero-tolerance towards any form of caste arrogance. “When the DMK comes to power, stringent legal action will be taken against such crimes and to prevent them,” he said.

In the murders of Nandhish and Swati, organisations like the VCK, TNUEF, CPI(M) and AIDWA held talks with the local administration and had put pressure on them to file it as murders motivated by caste arrogance. “That is an important step, but we need a law in place,” Vanni Arasu says.

For Ranjith, caste is inherently against humankind. “Yes, we need a law. The government needs to address caste as a serious issue and take steps to eradicate it. As individuals, we have a responsibility to understand that caste is fundamentally anti-human and work towards its annihilation. I might sound utopian, but unless you annihilate caste, you cannot stop these murders or any such atrocity.”