The 27-year-old from the Adi Dravidar community was in a relationship with an 'upper-caste' woman belonging to the Vellalar community. The woman's family did not agree to their marriage. 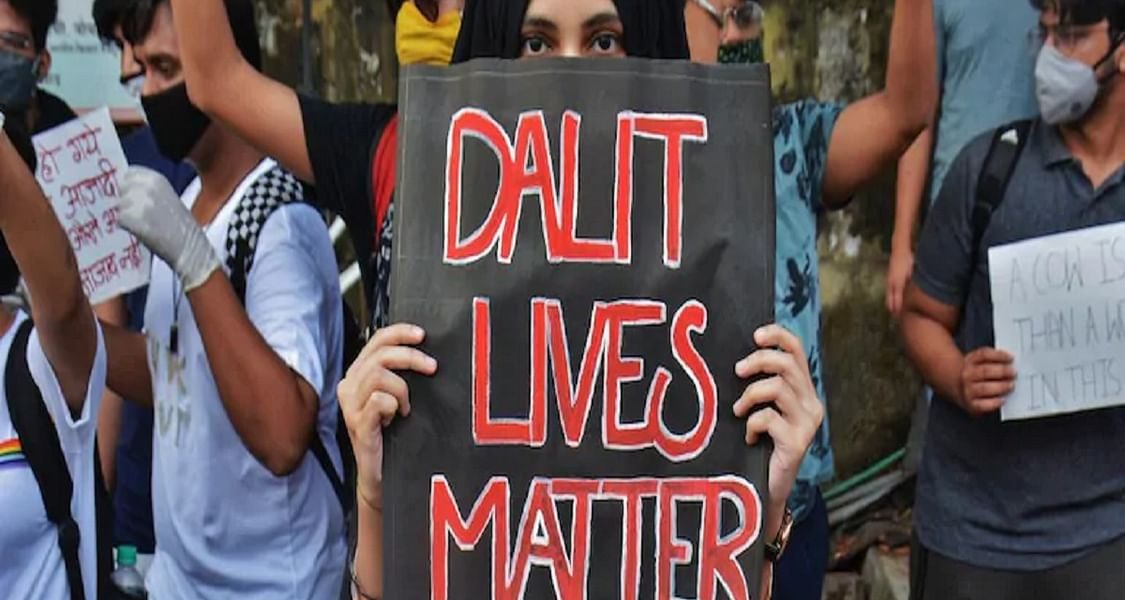 New Delhi: A 27-year-old Dalit man from the Adi Dravidar community was found dead in Tamil Nadu’s Nagercoil in the Kanyakumari district on Tuesday, November 9. While the family of the man in question alleges that he was murdered for being in a relationship with an ‘upper-caste’ woman belonging to the Vellalar community, local police say he died of suicide, The News Minute has reported.

The man’s family has refused to accept his body until a murder case is registered, and a probe into caste-based atrocity is initiated. The police, for their part, are yet to register an FIR (first information report) into the death of the young man.

The deceased Suresh Kumar hailed from the Thovallai area near Nagercoil in the Kanyakumari district and was from the Sambavar caste. He was in a relationship with a woman from Katthuputhur since he was in college, and they decided to marry. But, the woman’s parents were opposed to their marital union, owing to Suresh’s caste.

According to a complaint lodged by Suman, Suresh’s elder brother, at Pudhupaandi police station, the family was aware of Suresh’s relationship with the woman.

In September, Suman in his complaint says, the woman in question called him and asked him to bring his family to her house to ask her family about her marriage to Suresh. She also told Suman that her family was looking for a groom to get her married against her wishes while informing Suman that her family wouldn’t agree to her marriage to Suresh because of the caste. Nonetheless, the woman asked Suman and his family to come and meet her family, while adding that if they do not agree to their marriage, she would leave the home with Suman’s family, says the complaint.

Also read: Tamil Nadu Man, Who Returned Home After Lockdown, Killed for Marrying Outside His Caste

To the woman’s request, Suman said he would get back to her after discussing the matter with his family, the complaint adds.

After this, on September 18, Suman received a call from an advocate named Palani who said the woman’s family wanted to speak to his family. Palani had asked Suman and his family to come to his home for the meeting. Suresh went to the meeting with 15 of his relatives, while the woman’s relatives, including her two elder brothers and her mother, were in the meeting, the complaint notes.

“The woman’s relatives refused to agree to the marriage. They said ‘we are Vellalars, you are Parayars, lower caste,’” Suman says in the complaint. “Outside the house, her brothers threatened me saying ‘your brother will be a corpse if he talks to our sister again.’”

A month after the meeting Suman had asked Suresh if he was still in contact with the woman, to which Suresh responded that he wasn’t, Suman says in his complaint.

Meanwhile, on November 7, policemen from the Pudhupaandi police station came to Suresh’s home along with the woman’s two brothers and told him that a case had been filed against him by someone from Katthuputhur. He was asked to come to the police station. Suresh asked them to go back to the station and said he would follow them. Around 1 pm that day, Suresh left for the police station on his motorbike never to be returned, Suman notes in his complaint.

When Suresh did not return home by 5 pm that today, his family members went around to check for him in person. They inquired about him at the police station, but he couldn’t be found. Soon a search party comprising Suresh’s family members and acquaintances went around to look for him. Suman finally noticed Suresh’s motorbike by the roadside and him lying unconscious, recalls Suresh’s younger brother, who did not want to be named.

“There were injuries on his neck and back. His feet were also wounded as if he’d been dragged along the ground,” he says, adding that four private hospitals in the locality had refused to admit him. Finally, Asaripallam Government Medical College Hospital agreed to admit him, but he was declared brought dead.

“The police station is insisting that Suresh never came there. They are threatening us, saying ‘your brother is dead, leave it at this,’” the younger brother adds, alleging that police used casteist slurs against them when they sought information about Suresh’s condition.

Suresh’s family has made it clear that they wouldn’t accept the body unless a murder investigation is initiated and an FIR is registered. They have also said that Suresh never had any suicidal thoughts and that he was murdered.