Tamil Nadu: 2 Couples Among 5 Killed in Caste Violence Within 10 Days

One of the couples were killed by the girl's father. At the time of the murder, the girl was two months pregnant.

Pechyammal, Varshini Priya and Solairaj. The three were among the five killed in caste motivated murders in Tamil Nadu. Photo: By special arrangement

R. Amudha recollects her finals moments with her 16-year-old daughter Varshini Priya. The 35-year-old mother’s voice is shaky and tired.

“She was lying lifeless, tattered. I held on to her feet and urged her to come back. There was no movement in her body but I saw tears streaming down her face,” Amudha says.

Varshini Priya was declared dead the next day. Three days ago her 22-year-old boyfriend K. Kanagaraj had been declared dead.

The couple was hacked on June 25, at Mettupalayam in Coimbatore, by Kanagaraj’s brother K. Vinoth Kumar. Kanagaraj died on the spot, Varshini Priya was rushed to government hospital and passed away on June 28. While Kanagaraj’s parents had reconciled themselves to the prospect of an impending wedding between him and Varshini Priya, it was 24-year-old Vinoth Kumar who couldn’t bring himself to accept it. He has now been arrested by local police.

A single mother of three, who works as a contractual sanitation worker for a daily wage of Rs 190, Amudha knew her daughter’s relationship was an invitation for trouble. Varshini Priya was an Arundhathiyar – a community that ranks lowest among Dalits in hierarchy in Tamil Nadu – and Kanagaraj from a caste recognised as one of the Most Backward Classes. “The divide is so sharp that we are not even allowed to use public toilets in our area,” Amudha says. 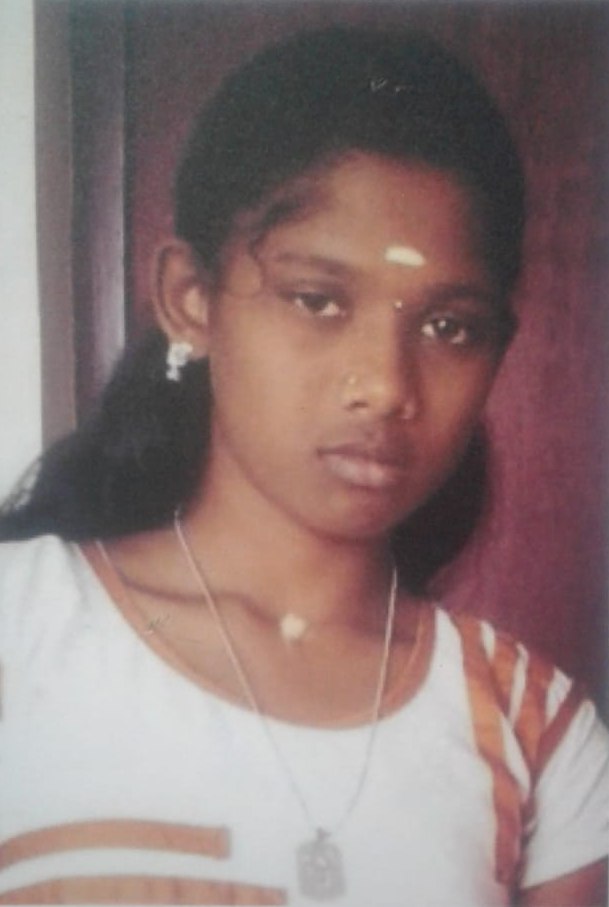 Just before the murders, Varshini Priya had moved in with Kanagaraj to a new house they had rented. “I was not even aware that she had moved in with him. She was living with her paternal grandmother when this happened,” says Amudha.

Amudha has sought the help of the Thamizh Puligal Katchi for justice for her daughter. “Amudha was clearly against the relationship and has dissuaded her daughter from meeting Kanagaraj. She was aware of the consequences. Varshini’s is not a case in isolation. We have reasons to believe that caste and communal organisations in this area have been laboriously working to bring about and strengthen the divide on caste lines. The youth are largely targeted, and that is how we need to see and understand Vinoth Kumar’s involvement in this murder even though his parents were not against the marriage,” says V.S. Suresh, also known as Ravanan, the district secretary of Thamizh Puligal Katchi.

In his book Aanava Kolaigalin Kaalam (‘The Time of Caste Murders’) – a collection of essays on murders motivated by caste arrogance – writer Stalin Rajangam points out how a few organisations affiliated to the dominant Kongu Vellalar community had held a meeting in Coimbatore in 2012, in which they had demanded that the law that allows inter caste marriages be scrapped.

Varshini Priya and Kanagaraj were among the five people killed for the mere act of falling in love in a matter of ten days between June and July.

According to Evidence, a Madurai-based organisation that tenaciously documents and fights against murders motivated by caste arrogance, four among the five are couples. “Besides Varshini and Kanagaraj, two more persons who were in a relationship – Solairaj and Pechiyammal – were killed in Thoothukudi on July 3,” says A. Kathir, executive director of Evidence.

In Pechiyammal’s case, her father Azhagar has been arrested for the murders.

“Pechiyammal had approached the local police station three times seeking protection for their lives and was turned away. Police cited elections as a reason. The third time, the police merely called her father, warned him not to interfere with their lives and let him off. The decision proved fatal for their lives” says Solairaj’s cousin Anand Raj.

Azhagar had reportedly laid low for two months before murdering the couple. “Pechiyammal was two months pregnant when her father killed her,” Anand Raj says.

Ironically in this case, both the girl and the boy were Dalits – Pechiyammal was from the Pallar community, a rung higher than the Paraiyar community to which Solairaj belonged.

Samuel Raj, the general secretary of the Tamil Nadu Untouchability Eradication Front says such incidents of violence involving two Dalit communities too are on the rise. “There are at least four such incidents involving Pallars and Paraiyars and one involving Arundhathiyar and Paraiyars. We should also remember that for the last five years there has been a political campaign demanding that Pallars be excluded from the Scheduled Caste list,” he adds.

Raj also points out how organisations working towards annihilation of caste have unconsciously fallen into the trap of caste pride. “Instead of saying that no one has the right to call their caste demeaning, the organisations seek to say that their caste is not demeaning. This needs to be corrected,” he says.

While murders of youth, motivated by caste arrogance, have always taken place in Tamil society, Evidence director Kathir says murders of couples seem to be on the rise in recent times. After Kannagi and Murugesan, the couple who had to endure torture and painful death in the hands of caste apologists in 2003, the murder of couples had almost stopped. “It is on the rise again, demonstrating the intolerance of people towards their own children or siblings when it comes to the question of caste,” he adds.

The Madras high court, on July 9, took suo motu cognisance of the increase in murders motivated by caste arrogance and sought reports from the government on steps taken to curb it.

Call for a special law

Meanwhile, the demand for enacting a special law against such killings has found more support. Pointing out a special law enacted by Tamil Nadu against eve-teasing after the murder of Sarika Shah, Kathir says it is eminently possible for the state to enact a law against murders motivated by caste arrogance. Viduthalai Chiruthaigal Katchi (VCK) leader and MP from Chidambaram constituency, Thol Thirumavalavan, made the demand recently in parliament. The VCK will also hold a protest on July 26 demanding that the state and the Centre enact a law against such murders.

L. Murugan, vice-president of the National Commission for Schedule Castes, says that the demand will be considered. “I have asked for data on such killings. I have also asked for data of couples who have married across caste lines and continue to live without problems. The government is providing aid to inter-caste couples. I agree that such killings do happen but these are far and few when compared to couples who are successful,” he says, adding that he had advised the ADGP of Social Justice and Human Rights in Tamil Nadu to hold communal harmony meetings across the state in order to put an end to such crimes.

Noting that it was mandatory to hold such meetings in atrocity-prone districts, the ADGP of Social Justice and Human Rights, Shailesh Kumar Yadav, says since he took over last year, he has indeed been organising social justice meetings. “We bring together members of all communities and try to sort out issues among them. As for the impact of such meetings, in Tamil Nadu crimes against the Scheduled Castes and Scheduled Tribes population has been relatively low when compared to other states. SC and STs comprise 21% of the population in Tamil Nadu and crimes against them are at 4%,” he says.

While agreeing that a law needs to be in place, Stalin Rajangam calls for a larger societal change to tackle the issue at its roots. “Unless we change as a society, there can be no real or permanent solution for this issue,” he says.