How Long Do Shudras Have to Continue Endorsing Insults?

Pragya Thakur’s comment about Shudras echoes what her compatriots say but there is no protest by the Sangh Parivar or even opposition politicians. 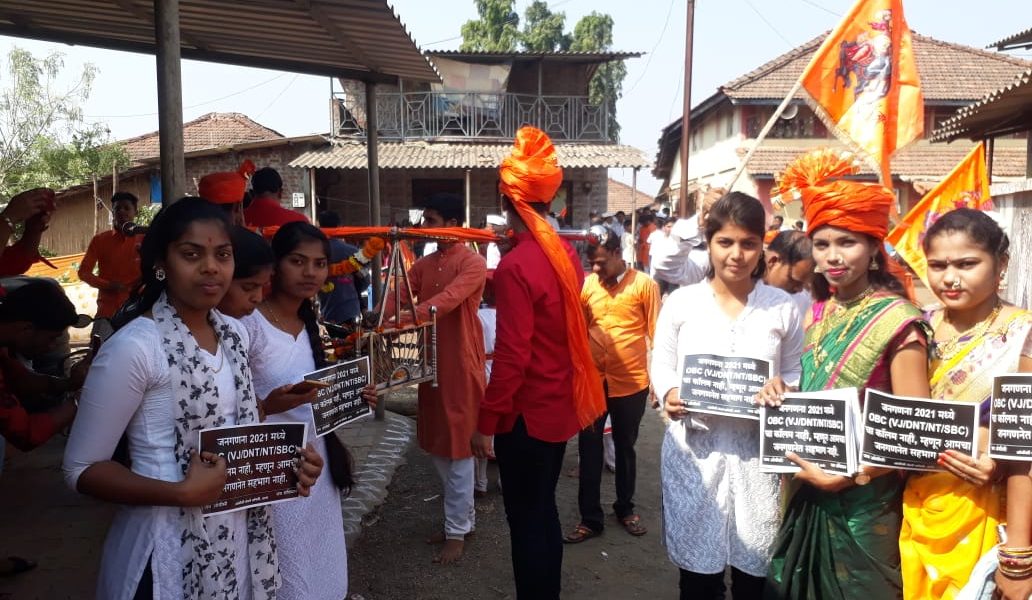 Her argument, in other words, is that this is a ‘Hindu Rashtra’ and the society should function according to the Dharma Shastra’s Varnadharma. Shudras should remain slaves as they have been serving Brahmins, Banias and Kshatriyas since ancient Vedic times. The Shudras were liberated from that status only after India adopted the Ambedkar-written Constitution in 1950. 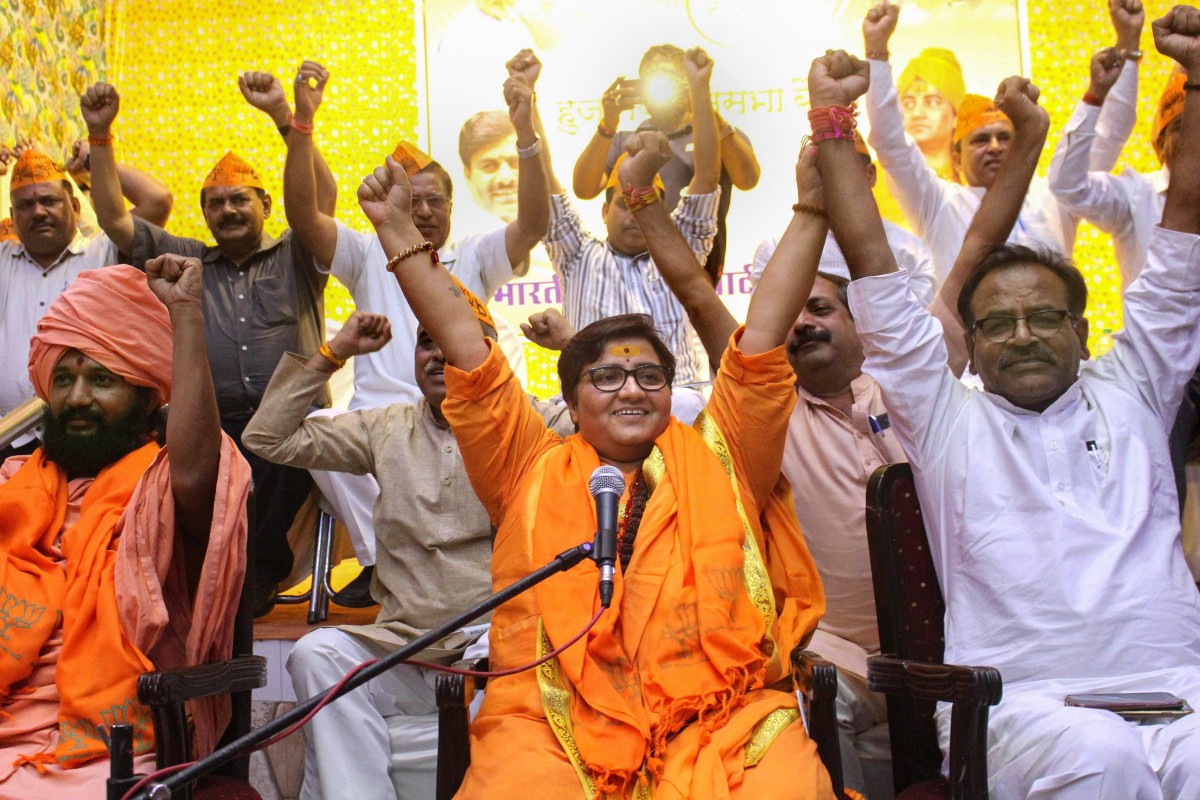 Hers is not just fringe talk – it is a calculated ideological argument that comes after the Ram temple judgment and reading down of Article 370 which have dealt with the Muslims. Now the Shudras seem to be the next target.

Nor is she exceptional – these views are the broad understanding of the Sangh Parivaar.

What should be the status of the Shudra and OBC working mass in that structure and also in the Hindu Rashtra? The organisational strength of the RSS and BJP comes from Shudras and OBCs and she too knows that. But, whatever their role be in that network, they have to behave as if they are unequal as they belong to the fourth varna.

Also read: So the Term ‘Dalit’ Can’t Be Used but ‘Brahmin’ and 6,000 Other Caste Names Can

It is for the Shudras and OBCs of the nation to decide now. It is true that they need not be ashamed to be called Shudra as an all Indian category. Blacks, the world over, are not ashamed of being called blacks, even though they are a minority in many Euro-American nations. The Shudras are the majority, constituting 55% of the population and they are the productive mass of this nation, with a long history of indigenous existence from the days of the Harappan civilisation.

As of now in different states they are known by different names. On the other hand, the Brahmins are Brahmins, Kshatriyas are Kshatriyas and Vaishyas are Vaishyas in every state and in Delhi. The Shudras will remain regionalised communities if they are not willing to modernise the notion of Shudra with a new definition. If we look at the farmers of all states, they would mainly constitute the Shudra mass. Even in the 21st century, like in ancient and medieval India, they were and still are the real producers of wealth by being the real productive force of India.

The Brahmin, Kshatriya, Bania (Vaishya) who are also known as Dwijas (twice born), in a historical sense, even in the 21st century – they remain outside agricultural production. They do not accept all forms of Indian cultures that emerged out of what is known as agriculture as spiritually dignified.

Two more castes of the western and the eastern India, Khatris and Kayasthas have now joined the Dwija ranks. The Kayasthas of Bengal, Bihar and Uttar Pradesh seem to have joined the ranks of Dwija more consciously after the emergence of Swami Vivekananda as a modern Hindu saint-thinker who the RSS has adopted as their ideological guru.

The Bengali intellectuals and media constructed concepts like Bhadralok (upper-caste people) which include Brahmins, Kayasthas and Baidhyas, and Chotalok (lower-caste people) which include Shudras, Namashudras and Adivasis of that state. Quite tragically, they never produced their own organic intellectuals who could challenge such a construction. This very language destroys the confidence of the productive mass in a manner that does not allow them to attempt for socio-spiritual equality.

The same Vivekananda has become the ideological guru of Brahminised writers like Shashi Tharoor (a Shudra from Kerala) too. This is very clear from Tharoor’s extensive quotations from his writings, particularly Why I am a Hindu. Though Vivekananda vaguely talked about Shudra spiritual rights but his main arguments affirmed Varna Dharma that Pragya Singh Thakur is now upholding by undermining the present constitutional promise of equality. And now Vivekananda’s statue has been installed in JNU as a representative thinker of modern Indian thought.

The Shudras as a historical productive force of India did not theorise their status in the national life. They now depend only on the constitution that Ambedkar so laboriously put in place and the indications are such that not only Pragya Singh, with her Kshatriya assertion, even others like the Gujarat speaker, Rajendra Trivedi, are asserting their ‘Brahmin pride’. “Most Nobel Prize winners from India, including recent recipient Abhijeet Banerjee, are Brahmins, and it was a Brahmin – B.N. Rau – who made the draft Constitution and handed it over to Babasaheb Ambedkar”, Trivedi said at the inauguration of a Brahmin Business Summit. Thus they are also taking away the credit of writing the constitution from Ambedkar. Earlier Arun Shourie too did the same thing by calling Ambedkar a ‘false god’.

Amit Shah, the present home minister had said “banias are ‘chatur’ (or clever) people.” Prime Minister Narendra Modi with an OBC identity does not stop these varna-dharma-superior-inferior constructions by his own ministers and MPs.

The Shudras from the RSS/BJP networks and outside do not react. They behave as if they accept their inferior slave status even now. As of now they do not have the right to priesthood in any major temple with a systematic Hindu theological training along with Brahmins. All their Dharma Shastras including Manu Dharma Shastra and Kautilya’s Arthasastra go along the same high and low, inferior and superior theories. Those will be main books as teaching material in all universities now under the supervision of the RSS/BJP academicians.

Not that the Dwijas working in the Congress and other structures are very different. We know what Mani Shankar Aiyer said about Modi being chaiwala just before the 2014 elections. Janardan Dwivedi and Manish Tiwari have consistently opposed the reservation system which is helping the SC/ST/OBCs in education and job sectors. They pretend as if there is no caste system in India.

There is no serious critique to Manu Dharma Shastra from the right-wing intellectuals even if they happen to be Shudras. Mahatma Gandhi affirmed Varna Dharma practice and Sardar Patel, who was a lone Shudra leader in the Congress, did not object. Now Shudra leaders or intellectuals from the RSS/BJP camp do not object to the caste and varna affirmation from the RSS camp, such as by Pragya Thakur.

The Dwijas do not participate in modern production and other agrarian and cleaning labour tasks in spite of the fact that Modi’s government has given a call for ‘Swachh Bharat’ and ‘Aatmanirbhar Bharat’. Only Dalits/OBCs/Adivasis do hard labour jobs and they are being treated as unworthy Shudra/Dalit/Adivasis with an undignified image.

How does this nation generate wealth if the others do not participate in hard agrarian physical labour and continue treating Shudra/OBC and Dalits as inferior as they were treated in ancient India because they do that hard productive work?

If the Shudra/OBC leaders and intellectuals working in RSS/BJP, Congress and in the communist parties remain silent when this kind of humiliating language is allowed to be used against the main productive forces of India, the nation will definitely slip into medieval and ancient varna dharma order sooner than later.

Kancha Ilaiah Shepherd is a political theorist, with an upcoming new book The Shudras — Vision for a New Path co-edited with Karthik Raja Karuppusamy (Penguin).