Shortly after the SBI announced the results of one of its preliminary examinations, the hashtag #BJPBetraysHindus began to trend. 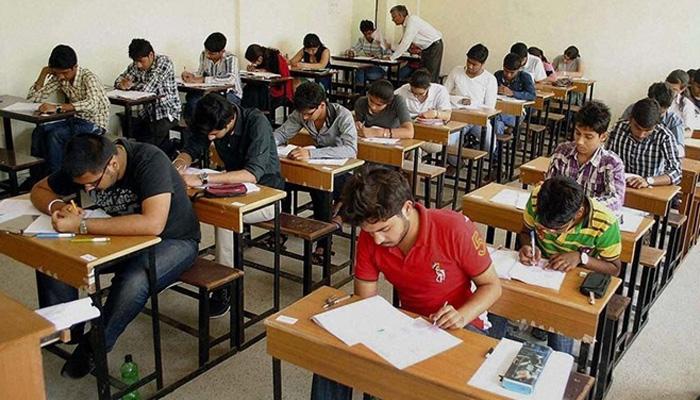 The fact that the general and EWS categories have the same cut off marks has proven to be the bone of contention. Photo: PTI

Soon after the results of the State Bank of India’s junior associate (SBI-JA) examination were announced on July 23, upper caste examinees who had hoped to be recruited as clerks took to social media to vent their anger. The fact that the 10% reservation for the economically weaker sections had not directly facilitated the entry of the upper castes into government jobs left them severely disappointed.

One of the hashtags in use was #BJPBetraysHindus. The alleged sense of having been “betrayed” came from the fact that the cut-off or qualifying marks was not brought down for the economically weaker sections (EWS) of upper caste hopefuls.

Here are a couple of posts and a video from the likes of those who expressed their disappointment.

How this can be possible. @TheOfficialSBI selected 10 times candidate approx 1100 under ews category how the cutoff can be same with general.#10PercentReservation#BJPBetraysHindus pic.twitter.com/sbBBDR3sBa

@TheOfficialSBI you must answer how can be it possible? Have you implement ews criteria or not ?

While the hashtag began to trend on intervening night between July 23 and 24, the pushback came from examinees belonging to Scheduled Castes, Scheduled Tribes and Other Backward Classes living in states like Tamil Nadu, Madhya Pradesh, Chhattisgarh, Punjab and Maharashtra.

They, in contrast to Uttar Pradesh’s upper caste examinees, were livid because the cut-off marks for the EWS category were lower than theirs. For them, it was proof that the Modi government was supporting only the upper castes.

These contrary perceptions rise thanks to the nature of the SBI-JA examination, which has different cut-off marks for each category of examinees in different states.

It is important to analyse the contradictory responses to the SBI-JA examination because it was the first significant all-India exam for recruitment that was held after the Modi government announced the 10% EWS quota in January.

The July 23 results were of the preliminary test, which will be followed by a written examination and a round of interview before the list of candidates chosen for the SBI’s clerical posts are finalised.

An analysis of this particular examination will help assess the efficacy of the 10% EWS quota, which the Modi government announced after the 103rd Constitutional Amendment Act was enacted in January.

The Act empowered the state to grant reservation to “any economically weaker sections of citizens.” Until January, reservation was granted to groups deemed socially and educationally backward.

Their backwardness arose from their comparatively low social status, which was in itself linked to them pursuing only traditional occupations, which were menial and time-consuming.

Reservation is a tool aimed at overcoming backwardness that is structural and historical in nature. It is not a poverty alleviation measure.

The cruel irony, however, is that even as a poverty-alleviation measure, the EWS quota has left Uttar Pradesh’s upper castes dismayed. Their disappointment can be comprehended from Table I below, which tabulates the cut-off marks for each category of examines – general, EWS, OBCs, SCs, and STs.

The authors of the article have accessed these cut-off marks from those who appeared for the SBI-JA examination, the results of which were announced online. Examinees could login to view their marks, below which the cut-off marks for each category were given.

Table I: Category Wise Cut-offs of the SBI-JA, Uttar Pradesh

The disappointment of upper caste examinees belonging to the EWS category arose from their expectation that the cut-off marks for them would be significantly lower than that of those belonging to the general category.

Believing that the economically privileged among the upper castes corner most jobs in the general category, largely because of the link between wealth and access to better education, they thought that the 10% quota would provide them space in government employment. After all, they cannot compete for the 50% of jobs reserved for SCs, STs and OBCs.

But the reality, at least in Uttar Pradesh where the cut-off marks for the EWS and general category is the same, is that competition for EWS examinees remains as stiff as it had been before the 10% quota was introduced in January. Many upper caste examinees of the EWS feel their cut off should be at par with OBCs, SCs and STs. Photo: PTI

The SBI-JA preliminary examination results for Uttar Pradesh show that the 100th rank-holder in both the EWS and general categories have secured 72.25%.

By now, the rhetoric of reservation has convinced upper caste examinees that cut-off marks for them would be lower than that of the general category, if not equivalent to that of OBCs or SCs and STs.

Supporters of the 10% EWS reservation are likely to now say that sufficient benefits have been given to the poor upper caste examinees simply by introducing a category for them. Assuming that there are 100 junior assistant jobs in the general category, a 10% reservation this year means 10 out of these 100 jobs will go to the EWS this year.

But therein lies the catch – the 10 jobs are unlikely to go to those who are poor in the real sense of the word.

This is because the criteria for inclusion in the EWS category has been defined liberally – it is those households which earn less than Rs 8 lakh per annum and whose quantum of asset possession is not high enough to challenge the extant ideas of poverty.

The consequence is that almost all strata of upper castes are included in the EWS category.

Table II shows the average annual per capita income of different caste categories in Uttar Pradesh. These figures have been calculated from the Indian Human Development Survey 2011-12, which was conducted by the University of Maryland and the National Council of Applied Economic Research (NCAER), New Delhi.

*The income for STs was not calculated as they account for approximately 1% and this was a sample survey.

This, in a way, suggests that the Modi government miscalculated in granting reservation to the EWS. Indeed, the same cut-off marks for the EWS and the general category indicate that the upper castes will continue to dominate government jobs for years to come.

The Bharatiya Janata Party and the Modi government have justified the EWS reservation on the ground that the poor among the socially advanced groups need the state to discriminate in their favour for them to acquire jobs.

Also read | ‘Perverting the Constitution’: The Case Against 10% Reservation

But the veracity of this claim is challenged by Table III.

Table III shows the income distribution among five equal groups, or quintiles, among the upper castes. A glance at the difference of income between the bottom 20% and the top 20% of upper castes shows that the latter earn approximately 22 times more than the former.

With such a high income difference and the state school system in shambles, it is hard to visualise the poor qualifying for even clerical jobs in the SBI. The relatively rich have private schools to bank upon.

While per capita income cannot give us the precise picture of upper caste prosperity or the lack of it, a look at the share of income possessed by each of these quintiles, as depicted in Table IV, presents further insights.

Table IV: Share of Income of the upper castes held by Different Strata

It is plausible to argue that a shrinking job market and the lack of job security in the private sector would have prompted those in the fourth quintile and even in the fifth quintile to take the SBI-JA preliminary examination.

For instance, clerks in banks are rarely fired; they also have avenues of promotion open to them.

The high-income ceiling limit of Rs 8 lakh implies that those in quintile four and a substantial segment of quintile five will come in the EWS category. Given the links between wealth, social status and education, it is not surprising as to how the cut-off marks for the EWS and the general category in Uttar Pradesh are the same.

From this perspective, the term EWS is a misnomer. Those in quintile 1, quintile 2 and quintile 3 – the real poor – have a remote chance of successfully competing for clerical posts through reservation. Those in quintile 4 and quintile 5 are enraged that even their EWS status did not lessen for them the burden of fierce competition when it comes to government jobs. They have yet to understand that the 10% EWS reservation was actually designed for the rich among the upper castes.

Note: While this article deals primarily with the effects of the 10% quota for the EWS, the outrage among the OBCs and SCs against the same EWS reservation in other states will be examined in a follow-up article.

Vignesh Karthik K.R. is a doctoral student at King’s India Institute, King’s College, London. Ajaz Ashraf is a journalist based in Delhi.