On his birth anniversary, a look at how and why it is necessary to have an integrated approach while looking at his work. 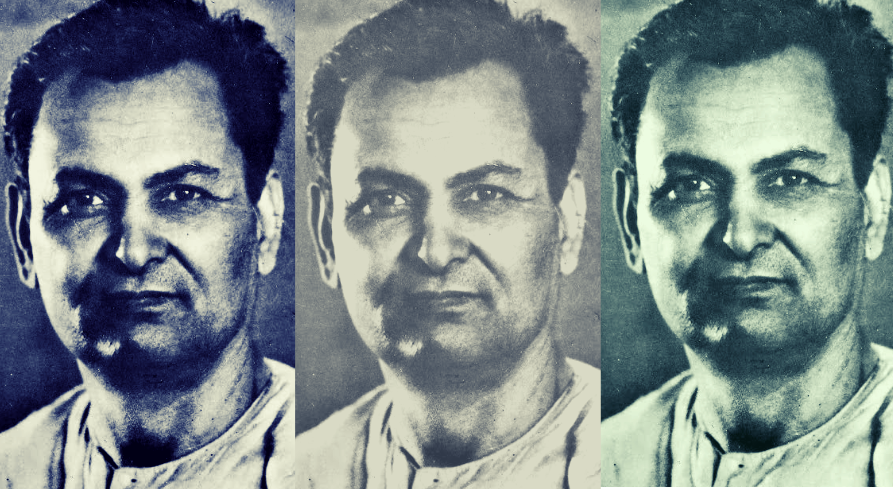 The month of April features the birthdays of three prominent personalities – Rahul Sankrityayan (April 9), Mahatma Jyotirao Phule (April 11) and Baba Saheb Dr. B.R. Ambedkar (April 14) – who are significant to any discourse on caste and social reforms.

However, Rahul Sankrityayan has received less attention than what he deserves in this context. It is true that his writings are mainly based on history, travelling, Buddhism, biographies, etc. However, the issues related to caste form part of the central theme of many of his works. His views on caste in India are that of a social reformist and a revolutionary.

On his 128th birthday, let us explore some of his ideas on caste and pay tribute to the great scholar.

Rahul Sankrityayan (originally Kedar Nath Pandey) was born on April 9, 1893 in a Brahmin family in Azamgarh, Uttar Pradesh. Because of his enormous literary contribution, he is known as Mahapandit, a very learned person.

Though, none of his writings exclusively deals with the subject of caste in India, the small portions on caste that feature in his several books, including Volga Se Ganga, Dimagi Ghulami, Tumhari Kshaya, Samyavad Hi Kyon, and Bhago Nahi Duniya Ko Badlo, tell us his deeper understanding of and revolutionary ideas on caste-system.

To begin with, he affirms that the Hindu religious texts created the hierarchical social structure and also justified the oppression of Shudras on spiritual and philosophical grounds. According to him, our country fell prey to the foreign invaders because of the occupation-based division of the society wherein only Kshatriyas could fight battles.

Also read: ‘India Will Not Be Unified on Religion But on Its Pyre’

However, Sankrityayan becomes more relevant in the discourse on caste when he touches upon the economic aspects of caste-system. He reveals the material interests in continuing casteism. In Samyavad Hi Kyon, for instance, he writes that the chief proponents of dogmas and caste-based restraints are the wealthy people. Economic interests, therefore, play a major role in solidifying the societal discrimination.

Similarly, in Tumhari Kshaya, he underlines that the untouchables are not only insulted and humiliated, they are also deprived of economic freedom. He exemplifies this argument in Dimagi Ghulami and notes that the untouchables cannot even run the shops of clothing or chemicals, let alone the grocery store, vegetable shop or restaurant. And, if they dare to do that, they are bound to go bankrupt soon because very few customers would prefer to buy stuffs from their shops.

Thus, he points out that a large section of society is forced to live in the state of suffering and poverty, in order to establish and maintain hegemony and monopoly over resources and public institutions. Meanwhile, different justifications are evolved to continue the domination. When the members of depressed classes start sharing the state apparatuses through reservation, discrimination is institutionalised and performed in a systematic way. It is ensured that the exploitative domination and monopoly never get compromised.

Besides the material perspective on caste-system, Sankrityayan comes down heavily on Gandhian ideas on emancipation of the untouchables. When Gandhi supported their entry in temples, Sankrityayan called it a trap and asked them to ignore the same. He was critical of Gandhi when he began to call the untouchables, Harijans. In Bhago Nahi Duniya Ko Badlo, one of the characters says:

(‘What a name Gandhi has used, Harijan, that is, man of God! But God has always turned a blind eye towards us.’)

This is precisely because he believes that their true emancipation is possible only when they throw off the shackles of temples and religious texts, and carry out freely business and occupation of their choice. He was of the firm opinion that economic independence is the mother of all freedoms.

On the similar lines, he did not welcome Gandhi’s idea of training the untouchables in using the spinning wheel (charkha). According to him, training a handful of them, that too for earning a few aanas would have been useless. Instead, they needed government employment.

While it is not possible to incorporate here all of his views on caste, it is interesting to see a critique of the caste system coming from a person of an ‘upper’ caste. It triggers the question of Dalits’ agency – is it only Dalits who can voice their concerns, or can the ‘upper’ caste people also join in?

Like any other debate, there are views on both the sides. While Rahul’s views on caste have certainly not been shaped by his lived experiences, his random reflections on caste in small fraction do not dominate the space either.

Rahul’s belief in Marxist ideology in relation to caste is reflected when he writes in Samyavad Hi Kyon that the only way to eliminate the caste system, caste-based discrimination and economic disparity is communism. However, in respect of emancipation of Dalits, Marxism has not found much favour from Dalit scholars.

In his seminal work, Annihilation of Caste, Dr. Ambedkar rejects the Marxist idea that economic reform by equalisation of property must receive preference over every other kind of reform, and that economic power is the only kind of power. He underlines that social status of individual and religion are also a source of power, and accordingly shape the human history.

At the same time, however, we must bear in mind Friedrich Engels’s own explanation in respect of economic determinism that neither Marx nor he ever asserted that economic element is the only determining factor.

Summing up, it must be emphasised that Rahul’s writings are very useful because of simplicity of the language and expression, and the narration in story form. He is a writer of a common Hindi-speaking individual. Since his writings on caste are just a part of the other major themes of his works, he indeed presents a holistic view of the societal concerns like no other author. Therefore, there is a need to have an integrated approach while invoking him.

Kailash Jeenger teaches in the Faculty of Law, University of Delhi.

The author conveys his thanks to Haris Jamil and Seema for their valuable suggestions and help.