The Problem of Being a Dalit in the Communist Movement

R.B. More was a bridge between Dalit and communist politics and tried to change the communist party leadership's stand on the caste question. 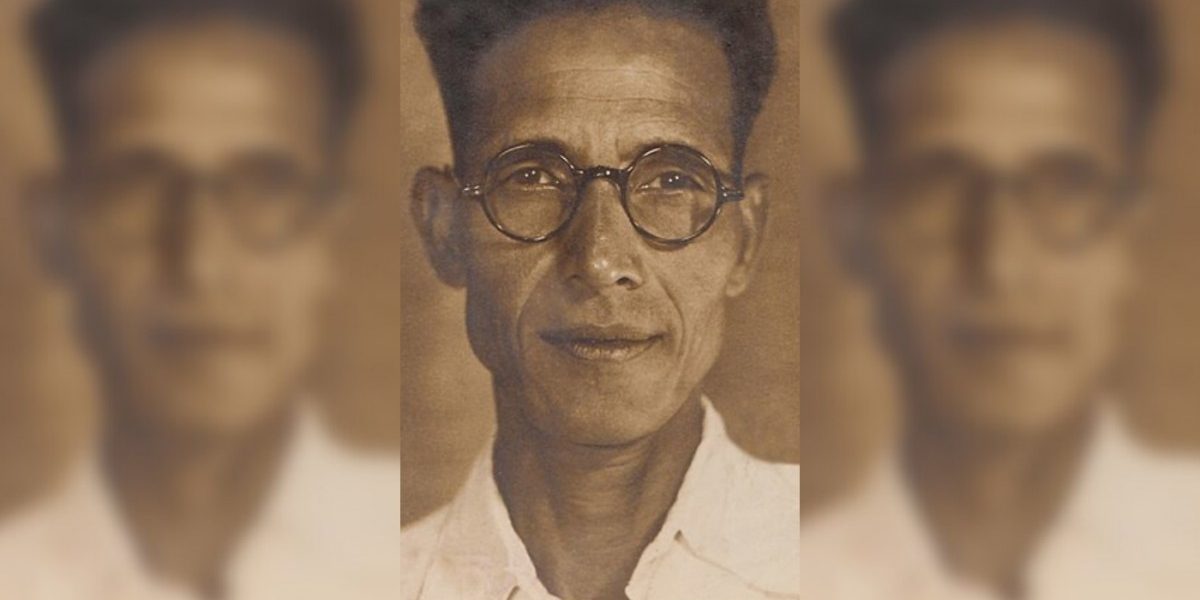 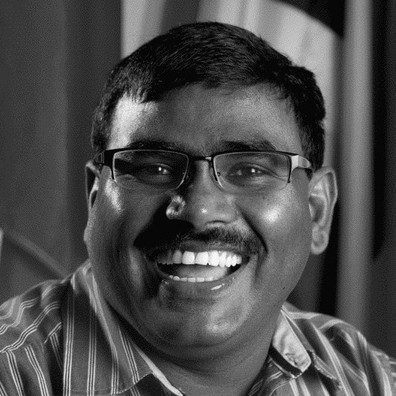 As recalcitrant subjects in Indian history, Dalits were always a problem for the status quo and the politics and ideas that attempted to transform it. True to their outlier position in caste Hindu society as stigmatised beings, they endure abject poverty, and their condition is incomprehensible even to the well-meaning caste Hindu. Yet at times, they become problems for themselves and the people around them because of the swirling stigma and economic deprivations that bog them down and corrode their dignity.

The book under review, Memoirs of a Dalit Communist: The Many Worlds of R.B. More, is about the indomitable spirit of a Dalit communist named Ramachandra Babaji More who rose from an obscure background to become a remarkable political activist and public intellectual. Most importantly, throughout his life, he acted as a bridge between Dalit and communist politics and tried to change the communist party leadership’s stand on the caste question through debates and petitions within the party etiquette’s confines.

Given More’s unique life trajectory, the narrative presented in this book is also quite unusual. More left his autobiography unfinished. His son Satyendra More carried on the mantle of telling the story of his father’s journey not as a history of the family but as a political biography four times bigger than his father’s unfinished text, both written in the Marathi language. This is why the life-narrative is presented not just by the protagonist himself but by three more people.

Through her commitment to the text, English translator Wandana Sonalkar makes us feel as though it is an English original. By introducing sensitivity in the text, Anupama Rao adds historical meaning with the requisite archival cushioning to situate the text in its social and historical dynamics – of Bombay’s urban and Dalit labour politics. In this way, a translator, biographer and historian/anthropologist help us navigate the layered lives of Dalits in cosmopolitan Bombay, which makes the text more fascinating as a bottom-up account of the tumultuous period before and after India’s independence.

The account of R.B. More’s early life provides a valuable historical account of the encounter between the British colonial state and Dalits. In its nascent stage, British colonialism used all avenues indiscriminately to get a foothold and recruited Dalit Mahars as soldiers without considering caste prejudices. Historically, the entry of Mahars into the British colonial army was a turning point not only in the individual lives of Mahar soldiers themselves but also for all oppressed ‘untouchables’ across the Indian subcontinent.

The unintended consequence of the colonial state’s employment of Mahars was a new beginning in these people’s lives – to escape centuries of caste-bound occupational entrapment and access to education and employment. That historic move sowed the seeds of early Dalit enlightenment and awakened them to the drudgery of caste and armed them with the tools of emancipation.

More recounts the names and activities of Dalit pioneers like Gopal Baba Walangkar, who retired from service and started the Anarya Dosh Pariharak Mandal. In this context, More points out the importance of military cantonments like Dapoli in the Konkan region as centres of the Dalit renaissance. They provided access to education and employment, instilled a spirit of self-respect and dignity, and insulated them from everyday caste oppression.

Most importantly, the colonial state used Dalits to consolidate its power, notably at the historic battle of Bhima Koregaon, in which the Mahar regiment defeated the Brahmin Peshwa armies and subdued the ruler. However, true to its unscrupulous nature, the colonial state turned its back on Dalits and cemented its alliance with privileged caste Hindus to perpetuate its rule.

As Philip Constable eloquently demonstrated in his seminal writings, eventually, the colonial state marginalised Mang and Mahar armies and banned their military recruitment in 1893. Thus, colonialism and Brahmanism aligned and accentuated caste oppression and exploitation in modern forms.

However, in More’s gripping account, Dalit aspiration for equality and dignity and their perseverance to overcome the challenges of caste oppression come alive, especially in his struggle to get an education. School admission was not easy and he was forced to sit outside the classroom and had to wander in the town during art and physical education classes to avoid ‘touching’ caste Hindu children. The description of his daily struggle humanises the narrative towards understanding how difficult it was, and is, to be a Dalit and connects the travails of early Dalit imaginaries who paved the way for future generations.

In this way, as a self-narration, the text sets the historical background for the rise of B.R. Ambedkar and his emancipatory politics. It gives the names of people who stood on the frontlines of the movement, including More himself. Moreover, More’s move away from the Ambedkarite fold into the communist movement adds a twist and poses a critical challenge to himself and the anti-caste Ambedkarite politics. 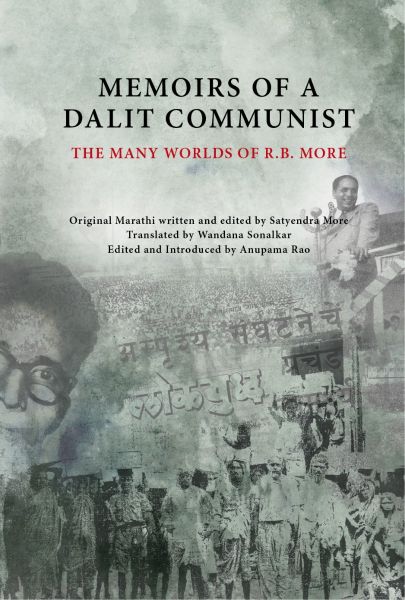 Ambedkar theorised caste as an essential category to understand oppression, dehumanisation and the social hierarchy that pushes Dalits to the bottom. On the other hand, class-centric communist politics that centred its argument on economic determinism or the class-struggle viewed caste as a relic of a feudal superstructure and that ending economic inequality would obliterate caste and its accompanied discrimination and oppression.

More faced the challenging task of engaging in dialogue with those two uncompromising ideological positions and won Ambedkar and other fellow Dalits with his sheer personal integrity and political commitment. Even though More’s son Satyendra paints a fond fatherly relationship between his father and Ambedkar, it is difficult to ignore the theoretical tension between caste and class.

The text details how these ideological differences culminated in everyday fights in the mills, neighbourhoods and organisational politics of the labour movement, as both communists and the Ambedkar movement vied for dominance among Dalits. Satyendra struggled to defend communist leadership with mild criticism of their attitude and betrayal of Ambedkar. As card-holding communists, both Mores acknowledged caste as a parameter of oppression and saw true liberation for Dalits and oppressed humanity in a caste-class alliance.

As a caste-oppressed Dalit, and economically exploited, the senior More maintained an umbilical (Dalit and poor) connection with Ambedkar and his brethren while working with the communist party. Thus, everyday tensions between caste and class politics manifested in the labour movement and chawls – and are richly recreated in the text.

In this context, one can say those daily battles acted as a precursor to the radical Dalit Panther movement in the slums of Bombay in 1970, which produced a Dalit Manifesto similar to the Communist Manifesto of Karl Marx by combining anti-caste radicalism with class emancipatory politics. In this way, More’s life embodies Dalit Bombay at a critical juncture in history.

As noted earlier, R.B. More did not live to complete his autobiography. His son’s narration of his father’s journey is peppered with filial admiration that changes the narration into a hagiography at times. In spite of this, one can notice the reckless adventures of R.B. More that brought unwanted trouble upon himself and his family.

Also, importantly, More’s bitter remarks about his father’s extended family being the reason for his and his mother’s sufferings make one wonder why, even as an adult, he was not responsible enough to save his wife and children from their great hardship. Instead, Satyendra makes a virtue out of the erratic actions of his father. His embracement of poverty as a badge of honour does not go well for a Dalit who escaped from the bowels of poverty in the village and again dumps his wife and children back into the arms of deprivation by refusing to make use of opportunities (some that even Ambedkar offered him).

But despite all the troubles he and his family endured, one must admire and command More’s loyalty to the party and principles. I see a perversion in the eulogisation of poverty. Communism as an ideology does not believe in keeping people in perpetual poverty. It strives to end economic exploitation and inequality in society to enable the deprived to free themselves from bondage and restore their dignity. This is where Ambedkarism and communism can intersect to end caste oppression and economic inequality predicated on anti-caste egalitarian ethics.

Chinnaiah Jangam is an associate professor in the Department of History, Carleton University, Canada.