How Tamil Artistes Are Playing the Parai to a New Beat – of Liberty, Away From Caste

Until recently, parai was an instrument almost always played during funeral processions – and always performed only by Dalits. 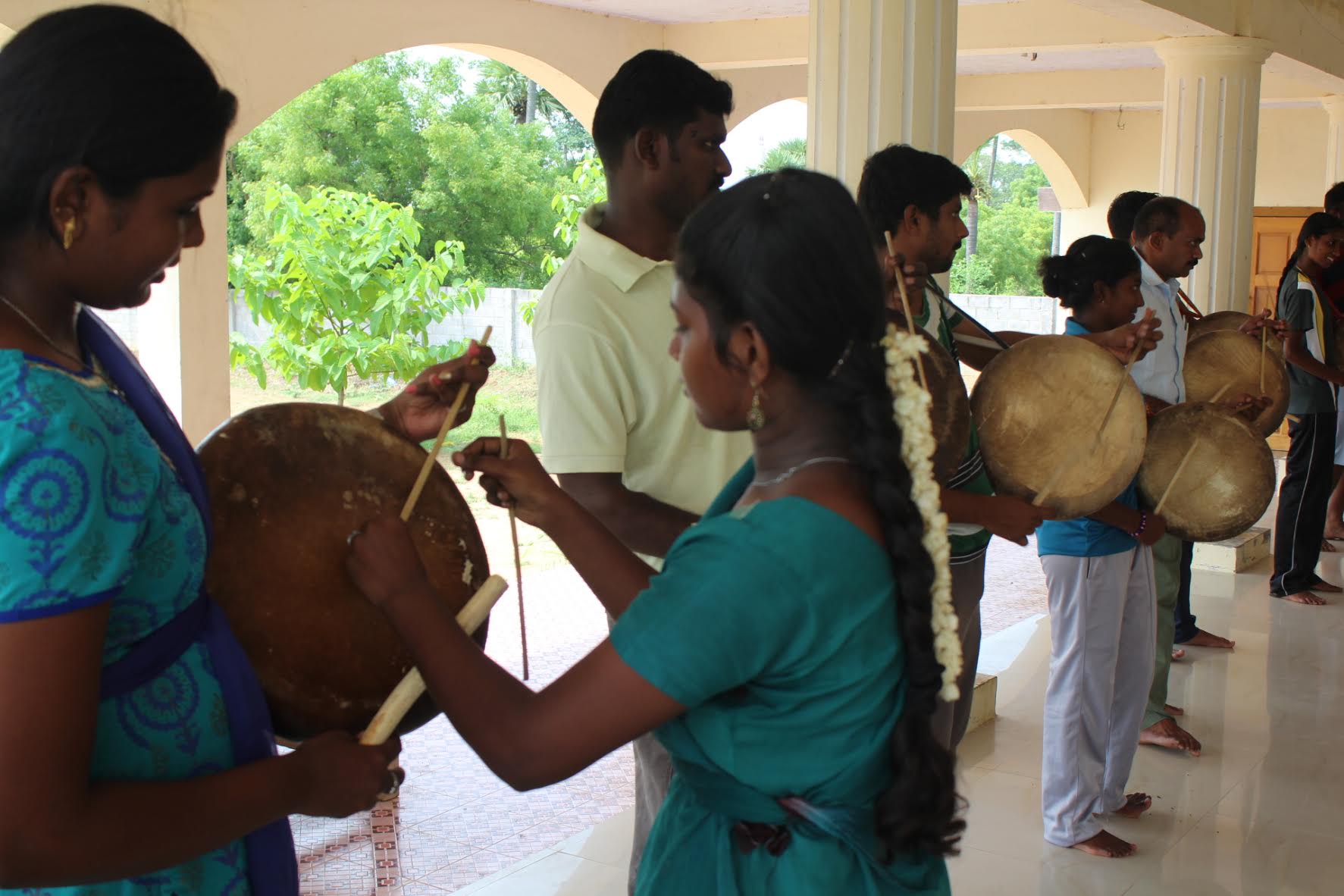 During a parai class conducted by Manimaran… Source: Author provided

Chennai: Every Sunday morning, Elliots Beach in Besant Nagar comes alive with the sound of music quite unfamiliar to the city’s elite that frequent it. These are the energetic, electrifying beats of parai (pronounced puh-rye) being played. Between thirty and a hundred people gather on the sands to learn this art-form from one its finest performers and teachers in Tamil Nadu: Manimaran.

At 42, Manimaran heads one of the most successful art groups in the state, called Buddhar Kalai Kuzhu (Tamil for ‘Buddha art group’), which trains hundreds of people interested in playing the parai every year. Besides Sunday classes, Buddhar Kalai Kuzhu also holds an annual three-day camp at Vedanthangal near Chennai. “This year we have the highest number of students – over hundred and thirty,” Manimaran says, not trying very hard to conceal the pride in his voice.

But hidden behind this voice is a journey checkered with ignominies and rejections, most of them associated with the ‘untouchability’ of parai. Until recently, parai was an instrument almost always played during funeral processions – and always performed only by Dalits. Those who performed with it eventually came to be called the paraiyars, a sub-sect of Dalits in Tamil Nadu.

“Things have not changed [very much] yet,” according to Manimaran. “There are hundreds of Dalits who still perform parai only at funerals and who have not been recognised as artists, for whom carrying the parai on their shoulders is still a matter of shame. What we do at Buddhar Kalai Kuzhu is very limited in this sense. We try to bring the parai into the hands of members of other castes but we still couldn’t take the parai out of the hands of Dalits.” 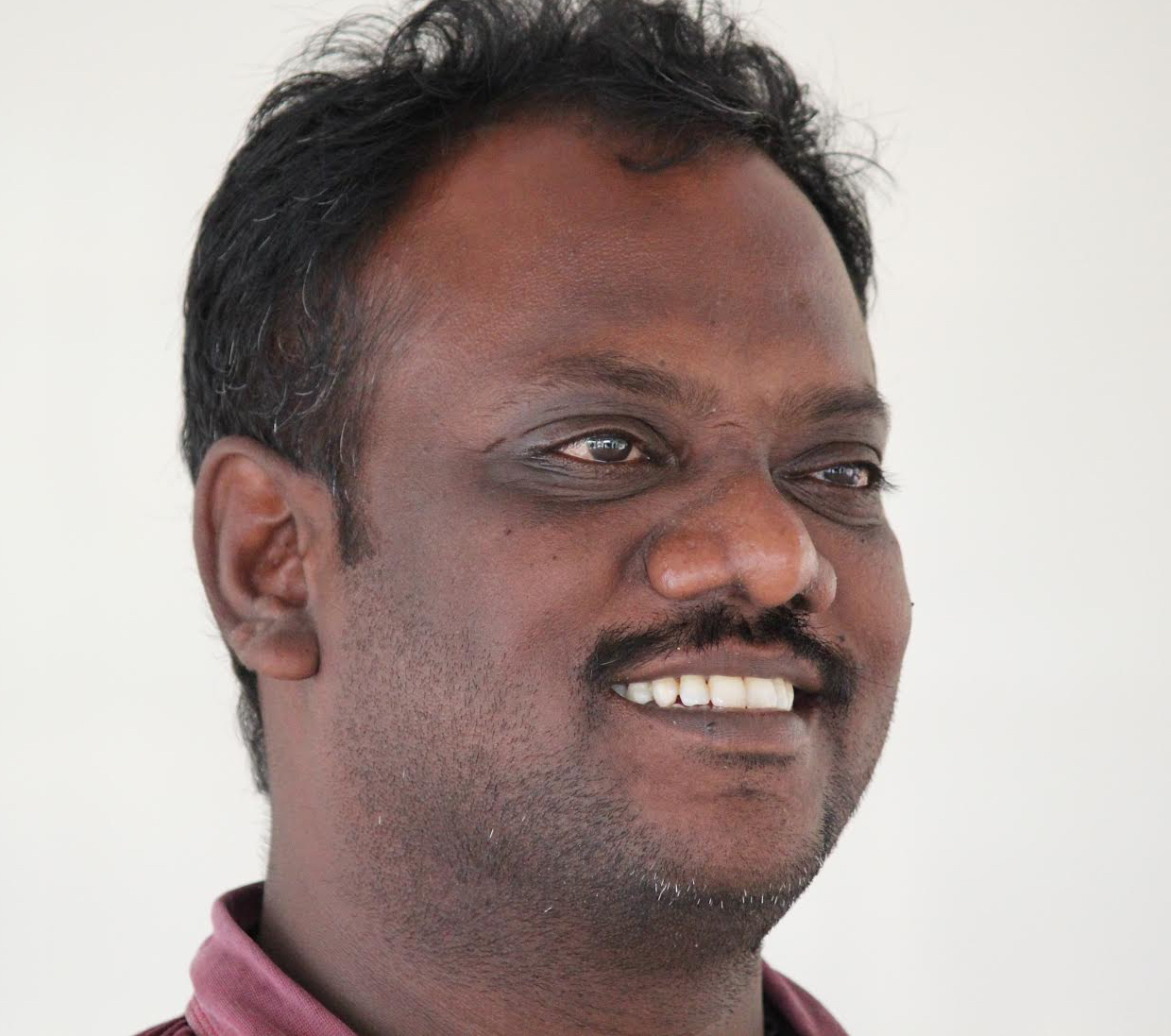 Parai is a sturdy circular drum played by holding it between the hands, across an upper arm, with two sticks (kucchi in Tamil) – the adi kucchi and the sindhu kucchi – of different lengths. ‘Parai’ in Tamil means to speak. In the Sangam era, the instrument was used to make public announcements – from declarations of war to announcing its outcomes. “Unlike other instruments, parai was woven with Tamil life. It has been used to ward off birds from farm fields to encourage those toiling on the fields to call people to assemble, in weddings and in temple rituals,” Manimaran says. “It was much later that it came to be an instrument of untouchability.”

He had developed an interest in playing the parai as a child. When he was in class V, Manimaran would accompany troupes of gana singers (a form of musical rendition performed during funerals that originated in Chennai). Through them, he came in touch with parai artists and began to learn from them. “It took me a long time to figure out that the Tamil Nadu government had an association of artists that gave out awards and recognition. We enrolled ourselves there and I was the first parai artist from my district to be conferred the Kalaichudarmani award given out by the district administration.”

At that point, in 2007, he realised the importance of having a group – and floated Buddhar Kalai Kuzhu (Tamil for ‘Buddha art group’). But they were still performing everywhere, from temple festivals to funerals, and this didn’t afford the parai any political significance. “We were only interested in earning money.”

A trip to Kattumannarkoil, in Cuddalore district, in 2006 to perform at a political campaign meeting changed the group’s fate forever. There, Manimaran and his colleagues came across a chilling part of history that is still largely unknown in Tamil Nadu. In 1987, a protest to eradicate ‘degrading jobs’ ended up in a brutal shooting of a young Dalit activist. Reddiyur Pandiyan had been actively campaigning to get rid of jobs like burying dead bodies, carrying carcasses of dead cows, manual scavenging and performing parai. The jobs were always carried out by Dalits. Caught in a melee between the police and activists during a protest, Pandiyan was shot dead.

“When we went to Kattumannarkoil, we were stopped from performing parai because of this reason. Then, in front of Pandiyan’s statue, our troupe members took an oath that we will perform parai till we die but not for deaths, and we will never perform parai under the influence of alcohol. Parai is powerful and it should never be a symbol of shame.” Since then, Buddhar Kalai Kuzhu has refused to perform at funeral processions.

To the group, parai has been an instrument to bring people together, cutting across caste lines and someday even annihilate caste. Its performance has become a symbol of vibrancy and life, not of death. During the civil war in Sri Lanka, Manimaran said they used to put up three-hour-long performances with the parai. “It became our way of protest.”

For over a decade, he has been training a wide range of people, from artists to lawyers, filmmakers to college lecturers, at the art of playing the instrument. “When they enroll with us, we ask them to fill a form where we do ask about their caste and religion ‘according to the society’. This because we want the world to know that it is not just Dalits any longer who are playing parai. We have had all kinds of people playing it and we encourage more to take it up.”

Jeeva Giridharan, a lawyer, took his law fraternity by surprise when he removed his black gown and joined the members of Buddhar Kalai Kuzhu when they came to the Madras High Court to perform on the festival of Pongal (January 14) in 2015. “I have been associated with Buddhar Kalai Kuzhu from 2014 and of course, my colleagues perhaps never thought I would join them at the very campus where I practice as an advocate. But for me playing parai is truly compelling. I never let go of a chance to perform. I also used the opportunity to explain to my colleagues about how parai really stands for the annihilation of caste. Several of them enrolled themselves for parai classes after that.”

For documentary filmmaker Geetha Elangovan, the very act of playing parai is liberating. “In the Sangam era, parai was played by women, too. But when it came to be associated with deaths and funerals, women were obviously stopped from playing it. I have always wanted to learn it and went to one of the camps of Buddhar Kalai Kuzhu. As women, we tend to restrict our bodies, we are always conscious about it. Parai gave me the opportunity to let it go. Unlike other musical instruments which require only one body part to work on it, parai requires your entire body to work on it. You should use your two hands and your entire body to swirl around carrying the heavy instrument. It naturally makes women strong. For me, it was a very liberating experience.”

Despite being enormously popular, and despite making parai an instrument of power that has now come to be flaunted in social media profile pictures, Manimaran continues to nurture a grouse about the indigenous artists of parai.  “We have been able to liberate parai but not the artists. To this day, it is the Dalits who have to make a parai. While Dalits toil with the skin of a dead cow to build a sturdy parai, people then use it to promote themselves everywhere else.”

This is a concern shared by his colleague Giridharan, too. “People think parai is easy to learn and perform. I thought I knew how to perform when I joined Buddhar Kalai Kuzhu in 2014. But I realized I knew nothing. I had to start from scratch. But there are people who attend just one camp and think themselves fit to teach parai; it is being commercialised now.”

Nevertheless, for Buddhar Kalai Kuzhu and its many members, parai continues to be an effective tool of social freedom, yearning – and deserving – to be played by more hands.