Neglected Upper Castes Can Land an Upper Cut on the BJP

No one seems to have noticed that the sidelining of several seniors has triggered a silent rebellion among the upper castes – the BJP’s core constituency. 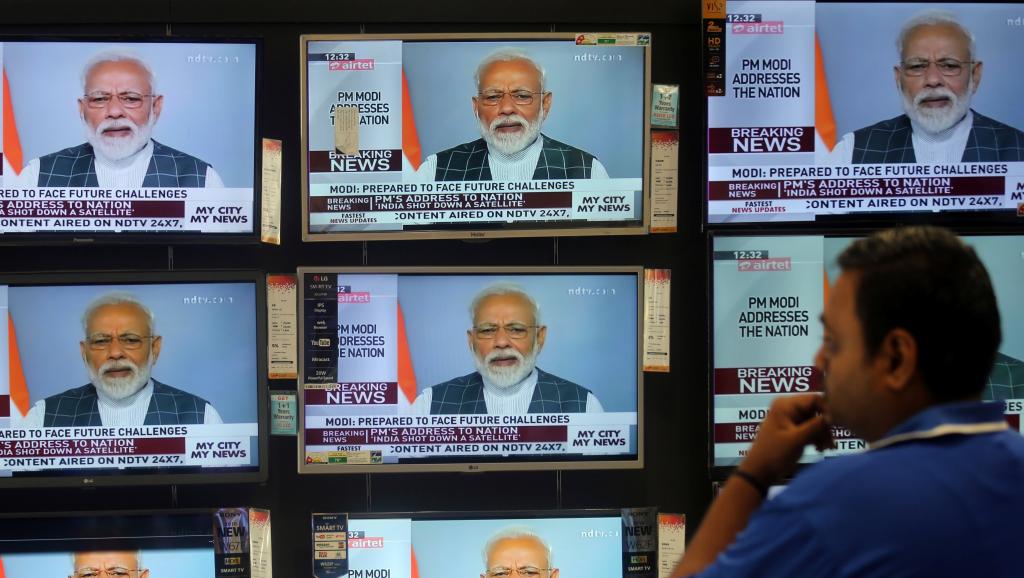 It was not till long ago that the Delhi-based media honchos used to find every occasion to serenade the BJP leadership. The party president, Amit Shah, it needs be recalled, was anointed as the ‘new Chanakya’, the strategist with a golden gun.

All that claptrap ended after the Gujarat elections and was forgotten once the JD(s)-Congress coalition took office in Karnataka. But still, nightly anchors continue to attribute strategic brilliance and tactical innovations in whatever the BJP bosses have inflicted on the party and the country.

For example, when the Modi-Shah clique denied nominations to L.K. Advani, Murli Manohar Joshi, Kalraj Mishra, Sumitra Mahajan, and Shatrughan Sinha, the decision was hailed as a much-needed culling of the old guard who no longer brought any value addition to the BJP.

No one seems to have noticed that the sidelining of these seniors has triggered a silent rebellion among the upper castes – the BJP’s core constituency.

This is the refrain among a sizeable chunk of the upper castes. These sections have watched, since 2014, with considerable dismay as the Modi-Amit Shah priorities got scrolled out. The BJP pitched itself as an OBC party in the 2014 Lok Sabha polls. Loud whispers could be heard that the country was about to get its first OBC prime minister.

The “Modi is the OBC” strategy paid rich dividends in the 2014 Lok Sabha poll, and yielded a richer haul in the Uttar Pradesh assembly elections in 2017. Durbari “intellectuals” boldly proclaimed that the BJP was no longer a Brahmin-Bania party and it had replaced the Congress as a pan-Indian, all inclusive (minus the Muslims) party, acquiring the requisite profile, commensurate with the task of governing a vast, continental polity.

The BJP’s traditional support base of the upper castes found itself having to share power with new social groups. Politics, at the end of the day, is a zero-sum game. For a while, the incessant invocation of cultural nationalism and its latent anti-Muslimism and anti-Pakistanism helped ease the upper castes’ pangs of loss of influence, prestige and power in the BJP.

Still, traditional voters and activists felt edged out in the political arena – as well as the social space.

While a new caste equilibrium was trying to settle itself in the BJP, there were new churnings and chastisements in the wake of the Supreme Court’s March 2018 observations in the matter of the Scheduled Castes and Scheduled Tribes (Prevention of Atrocities) Act. That law is a laudable instrument of assertive social justice agenda – and, by the same token, is a living sore in village after village, town after town.

Watch | Is Reservation for the Forward Castes an Election Lollipop?

In March 2018, the apex court was seen as having “diluted” the stringent provisions of the Act. The upper castes were silently applauding a much-needed correction. But the new social entrants in the new BJP were not amused. The Modi-Shah establishment found itself vulnerable to arm-twisting by Ram Vilas Paswan and others. An amendment, rolling back the “dilution”, was hastily passed in August 2018. The upper castes in the BJP felt unfairly pushed around but had no choice but to lump it.

Nonetheless, the unhappiness of the upper castes was becoming discernible. They were feeling stranded in the BJP as the new leadership took them for granted; the upper castes have where else to go. Even the Sangh parivar, the custodian of purity and orthodoxy, has vacated its high moral ground, and fallen in line with the BJP’s new high priests of “winning is the only thing” religion.

But the upper castes got an opportunity to make their unhappiness felt; the BJP was defrocked in Madhya Pradesh, Rajasthan and Chattisgarh. After all, it is the upper castes who still control the narrative outlets at the mouffasil towns.

Also read: Listen Up, Bureaucrats, the Time for Bhakti is Over

The Modi establishment’s ameliorative response to the gathering upper caste unhappiness was predictably clever: 10% reservation for the “economically backward” communities. It was showcased as the benevolence and the large-heartedness of the great leader and his motto of ‘sab ka saath, sab ka vikas’. There was far greater excitement among television anchors than among the Brahmins and other upper castes in the Hindi- heartland.

The brazen hounding out of senior leaders suggest that the incumbent BJP strategists remain extremely complacent in their calculation that Narendra Modi’s post-Balakot persona and appeal had taken the caste out of the equation. They believe that the ultra-nationalism mantra being invoked by the prime minister, day after day, would overwhelm every other identity and every other tribal/caste loyalty.

This fake confidence mocks the caste calculations that have been so assiduously factored in the selection of the BJP candidates; the NDA’s ground level electioneering remains deeply embedded in the caste arithmetic and chemistry. The upper castes have not totally dissolved their ethnic identities. The so-called Hindu Samaj has not become the monolith, neither as a religious congregation nor as a unit of social solidarity. And, in any case, all other political parties are tickling and triggering caste loyalties. The Brahmins are not prepared to fade away on to the margins.

In the mist of all this overwhelming ‘nationalistic’ fervour being whipped up by the prime minister enters Priyanaka Gandhi as yet another Nehru-Gandhi icon. Numerous reports have suggested that she has caused a certain kind of excitement among the Brahmins of Uttar Pradesh and beyond.

In particular, she has blunted, to a considerable extent, the BJP charge that the Congress was lacking in its Hindu credentials. On the other hand, the BJP leadership’s calculated snubbing of its own Brahmin leaders has now created a fault-line. The Congress candidates, both in eastern and western Uttar Pradesh are going to eat into the BJP vote-slice, handing the mahagathbandan advantage in many constituencies.

The 2019 show has just begun. We have been inundated with the so-called surveys about the mood of the country. But the assessment of the first round suggests that the BJP candidates have received less than enthusiastic support from the upper castes. The upper castes will be the X-factor when the final votes get counted.