The 'Masaan' director says he is amused that efforts to make the film industry more diverse have been met with strong reactions. 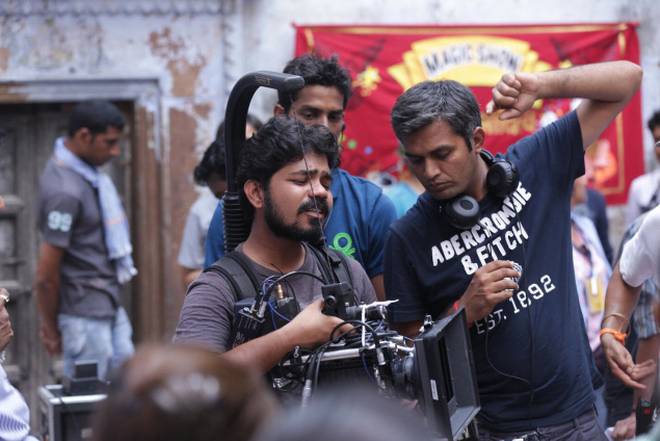 Mumbai: On September 11, national award-winning film director Neeraj Ghaywan made a splash on social media with a tweet that sought assistant directors and assistant writers for his upcoming projects. Though not unusual by itself, along with the specific job descriptions, the Masaan director had, right at the top of the job call, mentioned in blue, bold font that he was looking for applicants from Dalit, Bahujan and Adivasi (DBA) caste locations.

His tweet has since gone viral. While many supported his bold stand to initiate the much-needed conversation around diversity in Hindi cinema, trolls, especially from the right-wing, went after him. Filmmaker Vivek Agnihotri hit out at Ghaywan, calling him a “bigoted man” and accused him of “discrimination”. Others were not far behind.

The interview has been edited and condensed.

It is not common for your industry to speak of caste and representation so openly. What were your reasons for laying down in such clear terms that you are looking for assistant directors and writers from Dalit, Adivasi and Bahujan (OBC) caste locations?

I have thought a lot about how I can work towards diversifying this industry. I did not just wake up one day and decide to call for DBA artists and writers to work with. I have, as a matter of policy, ensured that women comprise at least 50% of my crew, right from Masaan, my first film. Fortunately for me, Phantom (the production banner he worked with) also believed in this and it was easy to diversify my crew. But here, I am trying to move from an individual endeavour to a larger discourse. 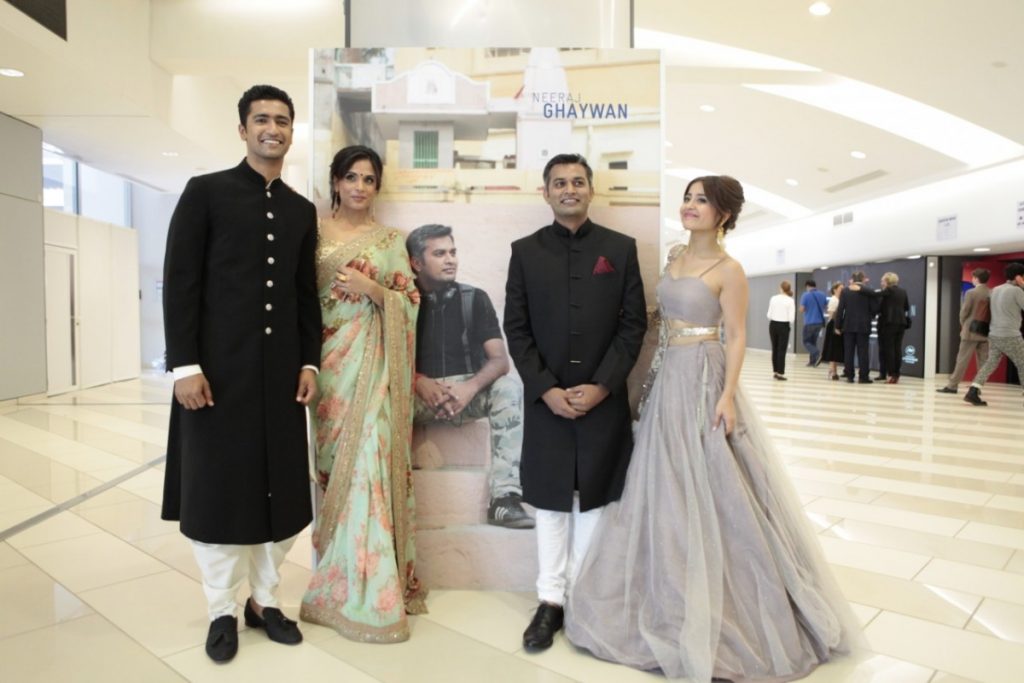 Neeraj Ghaywan (second from left) with the stars of Masaan. Photo: Special arrangement

At what point did you want to move beyond your film crew and kickstart a larger discussion?

As I said, caste and gender have been the fulcrum of my work. I recently met Suraj (Suraj Yengde, an award-winning scholar and author of Caste Matters) and had a long discussion on the need to create a space where marginalised communities get their share of representation.

Our discussion was more on the lines of how black filmmakers have worked their way up in Hollywood. There, the industry commissions a study every year to examine diversity. Here (in Bollywood), the mere mention of representation unsettles people. Some have even tried to report me to the police, accusing me of “discrimination”. Trolls are having a field day since I tweeted.

Hindi film industry is by far the most homogenous setup, where almost every actor, writer and director come from savarna castes. To talk about diversity in this space feels like an uphill task.

I always make it a point to ask people to name at least five Dalit actors, filmmakers or writers they know. Would you be able to name any?

Can’t really think of any in Hindi cinema. But in Marathi films, or for that matter other regional films, you see a relatively higher representation. Stalwarts like Nilu Phule, Dada Kondke have acted and asserted themselves in Marathi cinema in the past.

Exactly. That is precisely my grouse. Regional cinema has been more inclusive. But in the Hindi film industry, which is considered more ‘universal’ and has pan-India acceptance, representation is abysmally low. Apart from Niharika Singh, I can’t recall any Dalit actors in recent times.

However, things are a lot different in Hollywood, you mentioned.

I would also like to mention the phenomenal practice of “Inclusion Rider” in Hollywood here. Mainstream actors like Ben Affleck and Matt Damon have shown their commitment to the issue and have insisted that the rider is incorporated into their contracts. This rider makes it essential to hire a diverse crew. I am, on a personal level, even if it is much smaller, trying to achieve something similar. It is just the beginning.

You mentioned black cinema, but one doesn’t need to go that far. Filmmaker Pa. Ranjith has been revolutionising the Indian film language.

Absolutely. Ranjith is an inspiration. (Nagraj) Manjule is an inspiration. The things they have managed to achieve are awe-inspiring. Like, you see, Ranjith is not just making films. He is also producing many. He is giving opportunities to so many talents. It is phenomenal. My courage to speak about caste diversity has been derived from them. 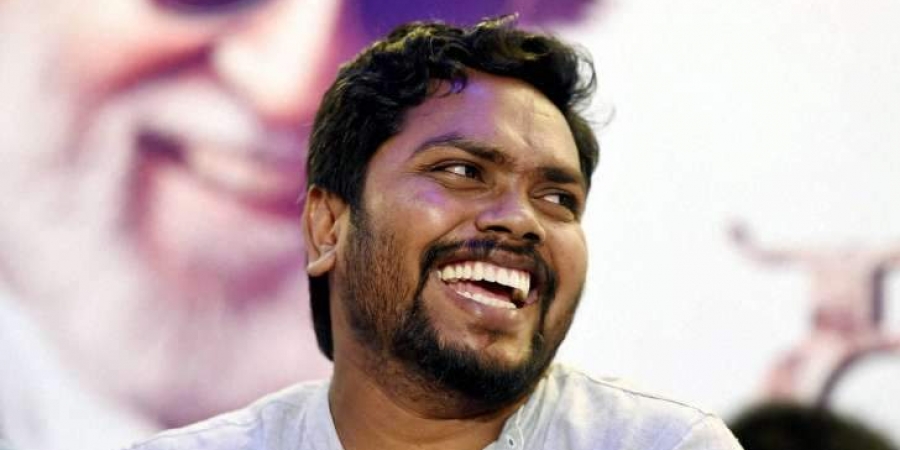 The trolls have behaved just as expected. But what has been the response of others, from within and outside the industry?

(laughing) People are always happy to know and read about measures taken by Hollywood to increase diversity. They praise it. But the same bunch goes completely silent when a similar discussion is to be held here.

In fact, if my post had said “only women will be recruited”, the woke public in the online space would have inundated my timeline in support of my stand. People seem to understand gender but aren’t ready to acknowledge issues relating to caste. No one wants to address the elephant in the room.

Forget representation, even those who have dealt with caste have done it shoddily.

Over the years, Hindi cinema discourse has only accentuated the “rich-poor” dichotomy. It has never wanted to dwell deeper and understand that poverty is an outcome of the caste system.

Filmmakers refuse to acknowledge caste. An apt recent example would be the film Dhadak. Look at what they did to the film. It was a remake of Sairat, which had caste as its central idea. It was such a proud moment in Marathi cinema to discuss caste seriously. And when Bollywood decided to remake it, caste was the first thing compromised. That is exactly where Hindi filmmaking stands.

Also Read: ‘Dhadak’ Robs ‘Sairat’ of All Its Anger and Magic

And when I try to usher in a conversation around the issue, the entire troll army targets me. In their discomfort, they are only exposing their inadvertent casteism.

You seem surprised. Was it not on the expected lines?

Not surprised, but it did bother me. I am trying to do a small thing, to start a conversation, and the responses were mindboggling.

Caste has found a mention in Hindi cinema. We have had films like Sadgati, Bandit Queen or more recently, Article 15. These films tackled caste, but with a savarna lens. So, is your endeavour just about representation or also an attempt to change the savarna language of filmmaking?

It is actually both. Unless you start hiring Bahujans, you can’t begin to look at caste seriously. And I am very clear, this is not charity. I understand it this way. There might be 100 equally talented people. Of these, 85 people have access, privilege and are able to bag jobs of their choice. My focus is, however, on the 15 who are equally talented but don’t have access, entry, guidance or support. I want to bring in at least 2 (my requirement is four persons) from those equally talented 15. Because the 85 will anyway be hired by many others.

Also Read: Interview | ‘I See an Erasure of Minorities in Big-Budget Indian Films’

A year ago, your response to a distasteful tweet by filmmaker Vivek Agnihotri was very strong. This was also perhaps the first time you spoke about your caste location publicly. Was there a reason that you did not speak of caste earlier?

I did not speak about my caste location even while making a film on caste (Masaan). I hid it all along. While shooting the film in Varanasi, I was surrounded by pandits (Brahmins). They were all in love with me, offering unwavering support all through. I had this constant fear that if they find out my caste, will they still support me? The fear was so strong that I did not have the courage to mention it even to my closest friends within the industry.

But over the years, I have been in continuous conversation with myself over my identity, the debilitating effects of the caste system and the dire need to address the issue. My tweet (from last year), although a response to Agnihotri, was actually after a much longer deliberation and moments of awakening I have had over the years.

I am a Dalit. I won the Cannes film award for our country. Also the Cannes advertising award. I won the National award & the Filmfare award. All without using my Dalit identity. And yes, I fly business class now and I will offer you my seat next time you’re on the same plane. pic.twitter.com/i2kfuqpwCi

Even before I posted the tweet, several Bahujan writers and actors approached me and expressed an interest in working with me. After this tweet, several more have written to me. I am yet to sift through their resumes. Going beyond the immediate requirement, I am also hoping to create a database which will help my future work.