Modi and the Bogey of ‘Population Explosion’

Modi's mention of this specific problem highlights at once the denigration of Muslim and Dalit communities, without naming them, and also reflects the slow inching towards his party's 'Hindu Rashtra' dream. 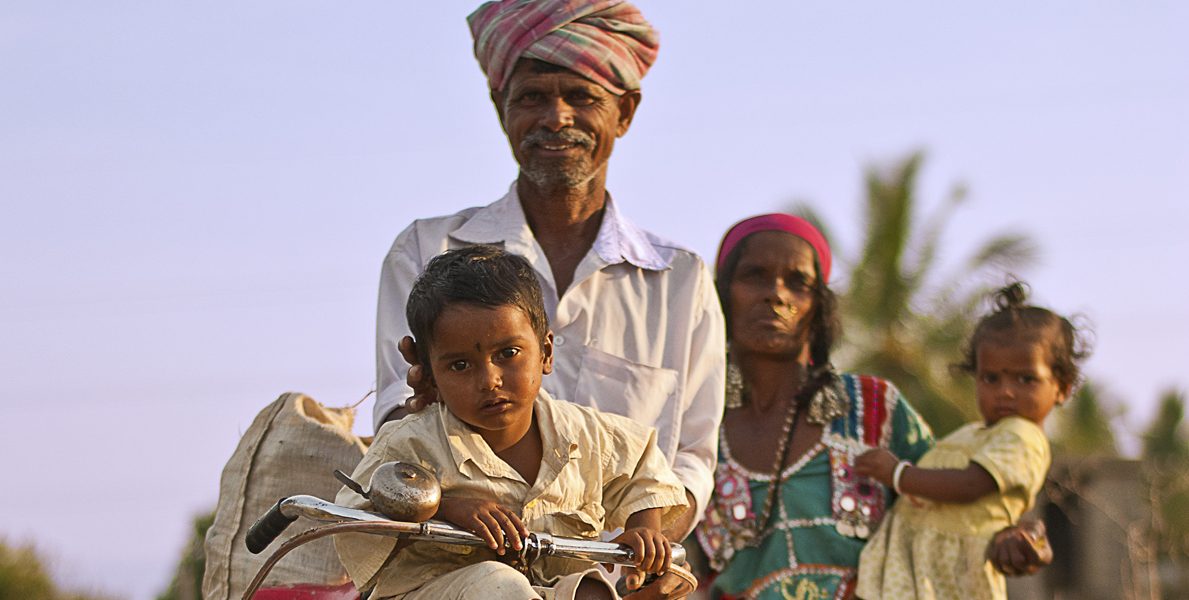 The push for two-child policies and population control measures is a dangerous demand that takes no cognisance of the right to a dignified life for the marginalised sections. Photo: Neha Singh/Flickr (CC BY-NC-ND 2.0)

“The time has now come that we should take such challenges head on,” he announced from the Red Fort.

Although this is not the first time that a narrative of overpopulation has been woven with such vigour, given the content and the timing of that speech, we have every reason to feel apprehensive about what it might forebode.

The prime minister claimed that there is a section of our society that carefully weighs in their decision to have a child, and they ought to be respected for this. For him, these are the true patriots of today’s India. On the other hand, parents with large families are people that shun their responsibilities to the state and the society. It is these people who are to be held guilty of inhibiting growth and bringing forth an “aswastha samaja, asikshit samaj” (unhealthy society, uneducated society).

These are the misfits that have not earned the respect of our prime minister in the #NewIndia that we now inhabit. While the misfits have not been explicitly named, it is common perception that fertility rates are somewhat above the national average for two well-defined communities in the country — the Muslim and the Dalit populations.

Also read: PM Modi is Worried About Population Explosion, a Problem Set to Go Away in 2021

At a time when even China, the forerunner of rigid family planning programmes in the world, has opted for an overhaul of its earlier one-child policy, it is crucial to ask why the Indian government is so vehemently pushing for one. This argument for population control is often cited as a cure for India’s structural failures in respect of nutrition, health, work, education and other indicators of well-being. The basis for such an argument, however, is not backed by any relevant empirical data.

The Economic Survey 2018-19, which hit the headlines for its claims on India’s potential to be a $5-trillion economy, also includes some sections on population and demography that have gone largely unnoticed.

The Survey indicates that population growth in India has, in fact, been decelerating over the last few decades – from an annual growth rate of 2.5% during 1971-81 to an estimated 1.3% as of 2011-16. All major states, including even populous ones like Haryana and Bihar, are noted to have experienced a significant deceleration in population growth.

The Survey also warns that this sharp slowdown in population growth is to continue in a way that India would start transitioning to an ageing society by the 2030s.

The Sample Registration System (SRS) data from 2017 also indicate steady decline in the total fertility rate (TFR), an indicator of the average number of children expected to be born to a woman. Currently, the TFR is at an all-time low of 2.2.

According to the WHO, for “the population in a given area to remain stable, an overall TFR of 2.1 is needed”, and we are barely 0.1 points short.

Additionally, even the argument of “resource shortage” fails to stand the test of scrutiny: what Amartya Sen once said about food in the context of famine might well be applicable to the nation’s wealth today — that it is not so much a matter of there not being enough wealth to go around as of many people not having enough of it, with India’s top 1% allegedly possessing 73% of the country’s wealth.

The national challenge of population explosion is thus nothing but a farce, and an effective distraction from the actual problems that require Government intervention and civil society attention.

In the Budget session of the Parliament this year, Rakesh Sinha, a Rajya Sabha member, brought out a private member’s bill for discussion in the Parliament – The Population Regulation Bill, 2019. The Bill advocates imposing serious punitive measures on those seen as violating the demands of population control, measures ranging from denial of financial benefits to ineligibility for elected offices and perhaps, most threateningly, discontinuation of food subsidies. 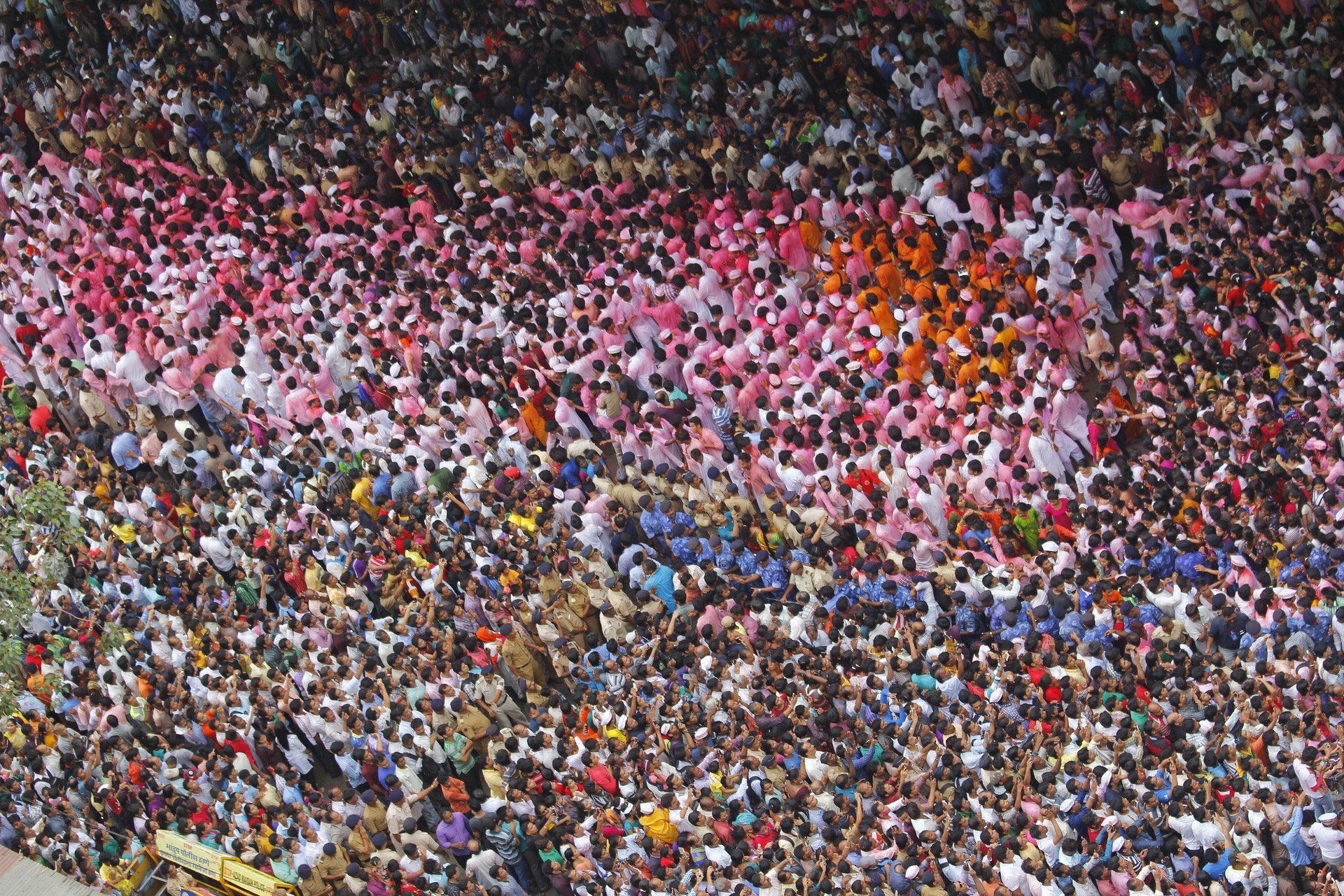 Large population is a problem only when wealth is unequally distributed. Representative image. Photo: dcb_design/pixabay

Such punitive proposals are likely to have severe repercussions on the country’s social sector, at a time when there is already a constant attempt to dismantle welfare entitlements and constitutional rights for marginalised communities.

Previously, several other MPs had vocalised their ideas on this issue, and quite frankly not one of them is less dangerous than the other. Giriraj Singh, for instance, had declared that people with more than two children should be deprived of their voting rights.

In fact, last year, 125 MPs had submitted a petition to the President to implement the two-child norm, despite the fact that the President has no authority to sanction this.

Meanwhile, several elected leaders have refused to even wear the garb of secularism in this advocacy. Sakshi Maharaj outrightly urged Hindus to produce four-children families to protect Hinduism (an odd pitch to make in face of fears on the nation’s behalf of a population explosion!). Hari Om Pandey seems to see a connection between increases in Muslim population and the incidence of  terrorism and rapes. More recently, in response to the prime minister’s speech, the Shiv Sena targeted Muslims directly and labelled them as liabilities to the nation.

To supposedly assuage these Islamophobic remarks and respond to AIMIM chief Asaduddin Owaisi’s concerns, Congress spokesperson Shravan Dosoju said, “Everything is not required to be viewed from a religious point of view. In India, what we need is not the quantity but the quality of the population in order to transform it into a superpower.”

In these bizarre times, such statements hold no value except to expose their articulator’s own ideologies and allegiances.

This campaign for structuring population growth as a national challenge arguably has extremely right-wing Hindutva agendas. At its core, it is an attempt to fasten the construction of a Hindu Rashtra, and this campaign continues not only in the Parliament but also through the deployment of unrestrained lynch mobs on the streets and vicious mobilisations on the internet.

While the PM gave a green signal to the state governments to devise their own population control policies, it must be remembered that historically such measures have always affected women the most. For women belonging to marginalised communities, the problem manifests itself in ways that are all the more devastating.

This has had long standing disastrous consequences for women – physically and emotionally. 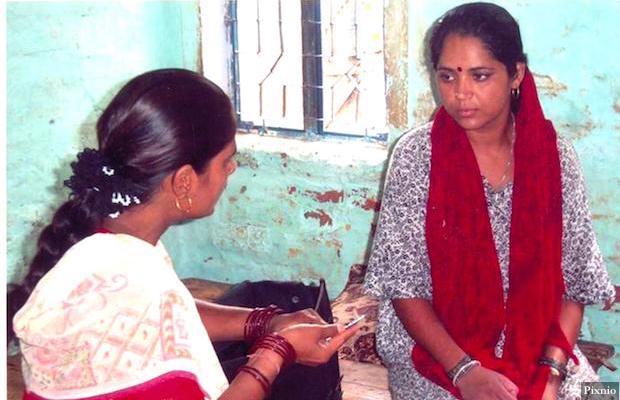 Women continue to bear the burden of family planning in India. Photo: Pixnio

The mass sterilisation drives in Chhattisgarh, in November 2014, resulted in the deaths of 13 women and hospitalisation of many others.

It was only as recently as 2016 that the Supreme Court finally took cognisance of this and “called on the federal government to ensure the country’s 29 states and seven Union Territories halt the camps, provide adequate compensation for victims and their families, and hold negligent doctors accountable.”

The judgment noted that “363 women died between 2010 and 2013 during or after surgery in sterilization camps due to  poor management by local authorities which included doctors using dirty equipment and expired drugs.”

This legal battle has had a far from happy ending. Dr R.K. Gupta – the surgeon accused of spending approximately three minutes per patient, using the same gloves, syringes and sutures on all the 83 women he operated on, and causing life-threatening infections to them – was acquitted by the Chhattisgarh high court on “technical grounds” in 2017.

The verdict cited that “in the absence of obtaining prior sanction (of the state government), the entire prosecution case becomes ab initio, void and becomes unsustainable.” As Colin Gonsalves, the lawyer in the case, explained later, this “withholding sanction, simply, means the state government is supporting the doctor.”

The debacle in Chhattisgarh was no isolated event in the history of family planning programmes in India. Two years later, Kanika Sharma, an independent researcher on health and gender, studied another sterilisation camp in Parasia block of Chhindwara district in Madhya Pradesh, only to find that  very little had changed.

She says, “Some are lucky to survive. Others like those in Bihar, Bilaspur and Balaghat, die or suffer gravely to satisfy the state’s never-ending obsession with population control.” 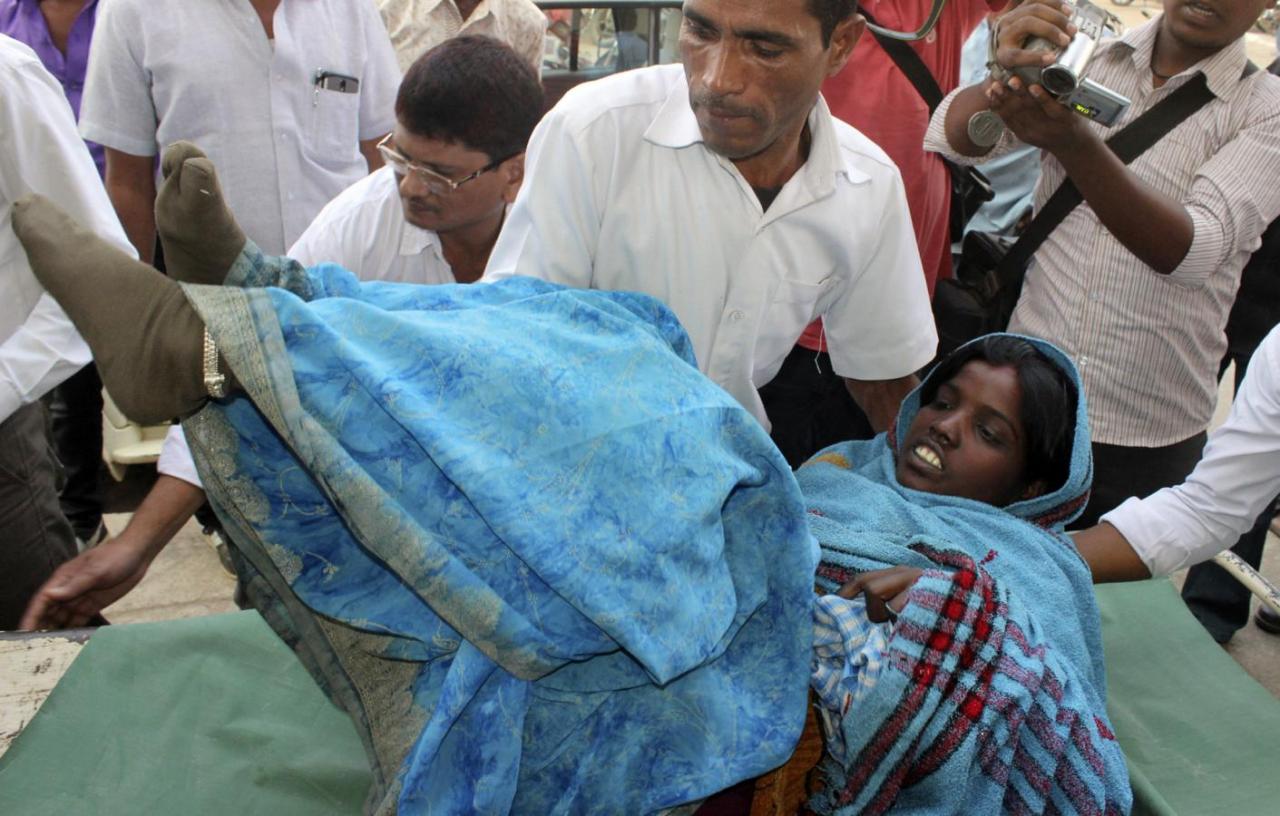 A woman, who underwent sterilisation surgery at a government mass sterilisation camp, being rushed to Chhattisgarh Institute of Medical Sciences (CIMS) hospital in Bilaspur, in 2014. Photos: Reuters/Stringer

The design and implementation of other policies, too, remain discriminatory towards women bearing more children. The most glaring example of this is the Pradhan Mantri Matru Vandana Yojana (PMMVY) – a maternity entitlement available as a means of wage compensation and health and nutrition support for pregnant and lactating women.

By limiting the entitlement to only the first live birth, the scheme not only violates the National Food Security Act, 2013, but also excludes most of its beneficiaries and further relegates them to the margins.

The push for two-child policies and population control measures is a dangerous demand that takes no cognisance of the right to a dignified life for the marginalised sections of our population. Such a demand is inherently riddled with deeply masculinist, casteist, classist, and capitalist vested interests.

A useful way to grapple with the problem of population growth, then, is not to denigrate the people of a nation but to actually ensure better fulfilment of state responsibilities towards them. As Mohan Rao, a noted scholar of the history of population-control measures in India, reminds us, the dialogue for family planning must not be divested of a central concern for the right to food, work, employment and education.

To put things simply, that would mean a complete realisation of “sabka saath, sabka vikaas” in the truest sense. We should surely learn something from that old dictum about development being the best cure for ‘over-population’.

Sweta Dash is pursuing a Master’s degree in Gender Studies from Ambedkar University, Delhi, and is associated with the Right to Food campaign.