Rahul and Pradip Borade's relatives have called the murders a planned attack and have accused the police of overlooking the conspiracy angle. The two brothers were killed on September 4 by a mob of over 50 people.

Rahul Borade and Pradip Borade were killed by a mob of over 50 people on September 4, 2020. Photo: The Wire

Mumbai: Twelve days after two Dalit men were lynched by a mob in Panshendra village in Jalna district of Maharashtra, the victims’ relatives and anti- caste activists have demanded a CBI inquiry. The family has claimed that the two men – 22-year-old Rahul Borade and 25-year-old Pradip Borade – were killed on September 4 by a mob of over 50 people, all belonging to a Scheduled Tribe, over a long-standing land dispute. 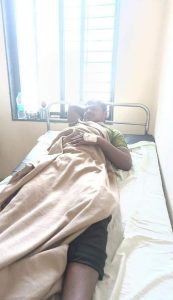 Their 30-year-old brother Rameshwar and mother Narmada were also seriously injured in the mob attack. Both are currently undergoing treatment at the Jalna district hospital.

While the family has alleged that the attack was planned, the Jalna police, which is investigating the matter, has yet to invoke Section 120 (B) of the Indian Penal Code for conspiracy. Right now, the police have booked the accused under sections of the IPC for murder and attempt to murder.

The police have arrested 25 persons so far. Sub-divisional police officer Sudhir Khiradkar, who is investigating the matter, said that they are on the look out for another five persons who have been named by the victims’ family.

“The accused were taken into custody soon after the incident. We are in the process of ascertaining the cause and will accordingly decide if the charges have to be enhanced,” Khiradkar told The Wire.

On September 4, around 6 am, when the Borades had set out of their house for morning ablutions, they were attacked by a mob. This attack, the victim’s family has claimed, stemmed out of a dispute with some members of the Bhil community.

“On August 17, there was an altercation between Rahul and the accused. The Bhil community was celebrating Bail Pola festival (a traditional agrarian festival celebrated in central India) and following some argument, the men had thrashed Rahul. He suffered several stitches,” says Tukaram Kahale, their uncle.

Kahale said the police had not acted sternly when it came to the first complaint. This, he said, made the bloody attack on September 4 possible. “The police had filed a counter case and had only given the accused a warning. They plotted for close to two weeks, waited for an opportunity and finally attacked,” Kahale said.

Kahale said there is a long history of violence and unless the police look into all of it, the case won’t be investigated properly. “Hence, we feel only the CBI can probe the matter impartially,” Kahale said.

Panshendre village, where the Borades lived, has around 350 houses. Of them, over 20% houses belong to the Bhil community, around 8% are of Buddhists (Borades are also Buddhists) and a few to Marathas and nomadic communities. The literacy rate of the village is less than 70% and most Dalit families here are marginal farmers. 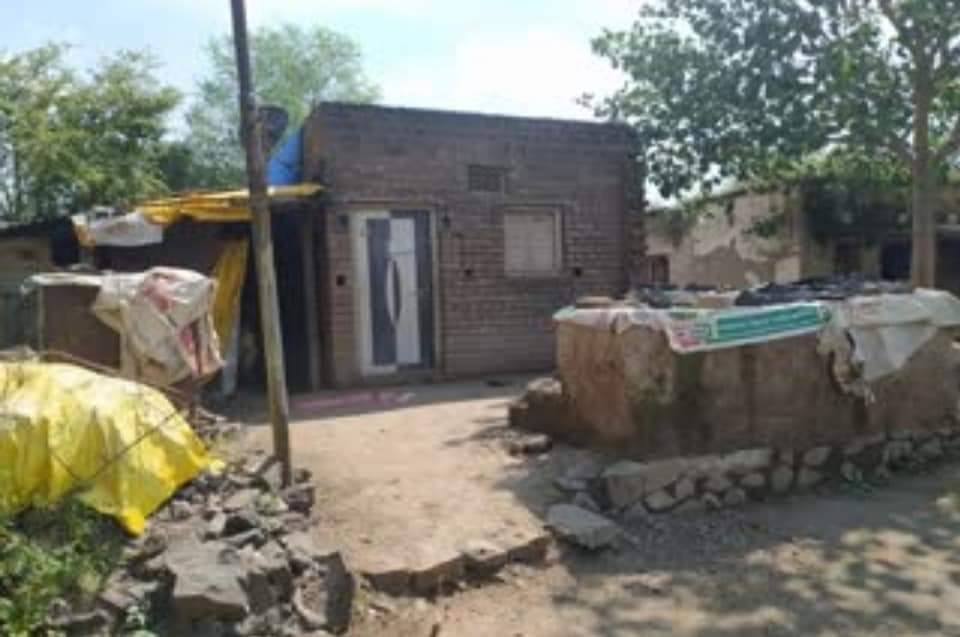 The Borade family’s house in Pandhendra village in Jalna district. Photo: The Wire

The Borade family had asserted their right over the gairan, or pastoral land, years ago and had begun to till it. Following this, other Dalit families too felt encouraged and had slowly begun tilling the land. This, Borade’s relatives say, led to local disputes.

A relative told The Wire that the Borade’s were tilling close to five acres of grazing land which was right next to where the ambitious Samrudhi Mahamarg project was to pass through. “Land mafias have, through the accused, demanded them to give up on the land. And for past three years, the accused have tried to create trouble for the family,” a family member alleged. “We would never get to the root of this incident unless the police probe it sincerely,” he added.

Alok Sarwadikar, an anti-caste activist from Jalna, has also accused the police of not doing enough in the case. “There have been multiple allegations, most of them pointing to a sinister conspiracy hatched days before the incident. The police have, however, not taken any of those allegations seriously. The most basic but a crucial section of conspiracy is missing from the police FIR. And intention is a crucial component to prove any case,” Sarwadikar pointed out. Sub- divisional police officer Khiradkar, however, refused to comment on these allegations.

Gunratna Sonawane, another anti-caste activist, has been following up with the state administration to get compensation for the family. “Although the victims belonged to the scheduled caste, they can’t be compensated under the Prevention of Atrocities Act as the accused too are also from a Scheduled Tribe. This is a clear case of mob lynching. The Supreme Court has laid down clear guidelines for compensation in the case of mob violence. The state has yet to reach out to the family,” Sonawane said.

The Supreme Court, in 2018, had directed state governments to prepare a lynching/mob violence victim compensation scheme as mentioned in Section 357A of the Code of Criminal Procedure within one month from the date of this judgment. The compensation must be paid to the victim(s) or to the next of kin of the deceased within a period of thirty days of the incident of mob violence/lynching. Maharashtra government is yet to make any such provision.