The participation of non-Dalits in the Ambedkarite movement has been forgotten and the OBCs are now considered foot soldiers of those who perpetrate atrocities on Dalits. 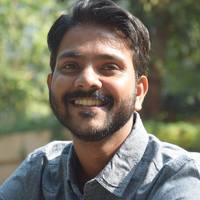 The Ambedkarite movement is often considered as the ‘Mahars movement’, sometimes even in academic articulation. But new research shows there were several non-Dalit groups that contributed to the movement. The writings of Yogiraj Bagul, Dhanjay Keer and Vijay Surwade give us crucial insights and show that along with Dalits, individuals from Brahmins, Chandraseniya Kayastha Prabhus (CKP) and ‘lower castes’ (OBC) were also part of the movement. But over time, their contribution has faded into near-invisibility.

In modern India, the first anti-caste struggle was led by Mahatma Jyotiba Phule, who belonged to a ‘lower caste’. After Phule’s demise, Ambedkar took up the mantle. OBCs continued to participate in it, with thousands also embracing Buddhism. These contributions by non-Dalit leaders and activists in the movement is rarely acknowledged, even as upper caste involvement is well acknowledged.

Also Read: How BJP Overshadows Dates Related to Ambedkar and the Constitution

Currently, OBCs are at times considered foot soldiers of right-wing socio-political groups or those who perpetrate atrocities on Dalits. Hence, there is a need to revisit the history of anti-caste struggle by OBCs. This is pivotal when the Ambedkarite movement is again trying to build an alliance between OBCs and Dalits to strengthen itself. 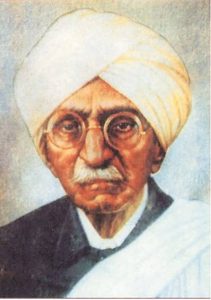 Sitaram Keshav Bole (1869-1961) was born in a well-off Bhandari (toddy tapper) caste family in Mumbai. Later, he became a follower of Satyashodhak ideology. Bole met B.R. Ambedkar for the first time in 1907, when the latter was honoured for becoming the first Mahar to pass matriculation.

In 1920, Bole contested from Non-Brahmin Party for the Bombay legislative council election. In 1923, he put forth a resolution and succeeded in passing a Bill to allow Dalits to use all public water facilities. It was on the basis of this that the Mahad satyagraha took place, which is today considered as the first collective articulation of Dalit civil rights. Dalits refer to this as mukti sangram (battle for freedom).

The anti-khoti struggle led by Ambedkar was first initiated by Bole when in 1922, he tabled the Anti-Khoti Bill in the Bombay legislative council. Ambedkar supported him while Bal Gangadhar Tilak opposed the Bill. The khots were mostly Brahmins, Marathas and Muslims who were tasked with collecting tax by the British, but collected four times the amount they remitted to the government. Tenants, on the other hand, were Kunbis, Mahars, Bhandaris and Agris.

Later, Ambedkar launched a peasant rebellion against khoti, in which for the first time, ‘lower castes’ and Dalits came together to oppose injustice. Bole supported this movement, even as no other political party did. In 1936, when Ambedkar formed the Independent Labour Party (ILP) with his close lieutenants, his party manifesto stressed on abolishing the khoti system.

With the Non-Brahmin Party merging with the Congress by this time, Bole joined ILP. In the 1937 elections, among the 17 ILP candidates, Bole was the only one from a ‘lower caste’. He stood from the Ratnagiri region, but lost to the Congress. In 1938, however, Bole made a drastic turn and joined the Hindu Mahasabha. But his association with Ambedkar remained until the latter’s death. 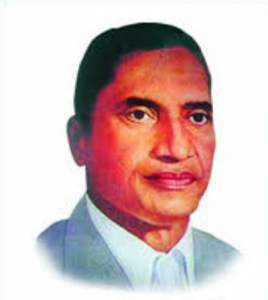 Narayan Nagu Patil (1892-1968), born in the Agari (salt-making) caste, contested and won the district local board election on a Congress ticket in 1926 and 1929. In 1930, he won the legislative council election from Kolaba constituency and became associated with the Non-Brahmin Party. When it merged with the Congress, he shifted to ILP. Patil took the lead in organising the peasants’s union formed by Ambedkar.

In the 1929 peasant conference, Ambedkarite leaders rejected the practice of makta (tenancy contract stipulating the khot’s share in produce), begar (unpaid labour) and compulsory levies paid by tenants to khots. One of the strongest non-makta strikes took place in Cheri between 1932-37, with Patil as its main leader.

In 1937, Ambedkar introduced a Bill in the Bombay legislative council for the abolition of the khoti system in Konkan. A year later, he launched a protest march, the climax of which was a march of 25,000 peasants to the Bombay council hall. It was the biggest pre-independence mobilisation of ‘lower caste’ and Dalit peasants in Maharashtra.

On the basis of the anti-khoti movement, ILP’s four candidates won the Bombay legislative election from Konkan region in 1937, reflecting its popularity among ‘lower castes’ and Dalits. The khots appealed in court for punishment of tenants refusing to work on their land. But their attempt to break the unity failed as they could not convince the Maratha caste tenants to stand witness against the Dalits. In the Janata newspaper, Ambedkar appealed to tenants to “forget their caste differences and to feel as one caste”, that of tenants.

The khoti struggle went on till 1942, but with the change in political atmosphere of the country, Ambedkar felt the need to focus on the issues of Dalits. He shifted his politics from ILP to the Scheduled Caste Federation. The Anti-Khoti Act was passed in 1950. During the same period, non-Brahmin leaders left the Congress and formed the Peasants and Labour Party, which Patil joined.

Bhaskar Raghunath Kadrekar (1902-1975) was another prominent leader from the Bhandari caste. Before the Mahad Satyagraha in 1927, Ambedkar formed Samaj Samta Sangh (Social Equality League) which Kadrekar joined. Teltumbde calls him one of the heroes of Mahad and Kalaram temple satyagrahas.

In view of Kadrekar’s vast experience in journalism, Ambedkar assigned him to oversee Janata. Later, he worked as an editor and publisher of Prabudha Bharat (Enlighten India). Kadrekar remained a bachelor and remained dedicated to the Ambedkarite movement. When Ambedkar, after his conversion into Buddhism, started the fortnightly Dhammyan to spread Buddhist ideas, Kadrekar became its editor, continuing to run it even after the former’s death.

From 1920 to 1940, Ambedkar took a position on the material issues of ‘lower castes’. The khoti struggle focused on the exploitative power relationship between ‘upper’ and ‘lower’ castes. Ambedkar wrote Who Were the Shudras? to explain the cultural history and ‘de-brahmanise’ the ‘lower castes’. He wanted to awaken self-respect among them so that they could be an ally of the Dalits in the anti-caste struggle. But, when Ambedkar focused on the cultural issues of Dalits, ‘lower castes’ distanced themselves from the movement.

In post-Ambedkar era, Dadasaheb Gaikwad tried to build an alliance of landless ‘lower castes’ and Dalits in 1960. In the 90s, the Ambedkarite movement was part of the Mandal agitation against Kamandal. The Mandal agitation has contributed to building the anti-caste cultural-political identities of ‘lower caste’ in the past 26 years. The process is slow but firm. Due to Mandal, Christophe Jaffrelot says, India has seen a silent revolution where the hegemony of upper caste is challenged in the political sphere.

In the 90s, Dalit politics went beyond Dalits and built alliances with OBCs. In recent times, OBCs have not only become part of the movement on political, but also cultural front. The anti-khoti struggle stressed on the unequal materialistic power relations of caste produced through land. The contemporary Vanchit(deprived)-Bahujan alliance tries to destroy traditional ‘lower caste’ occupations and continuation of privileges to upper castes through reduction of welfare policies and globalisation.

Yashwant Zagade is a PhD scholar at TISS, Mumbai.