Fifty Years of Keezhvenmani Massacre, in Literature and Film

From novels and poems to films and songs, many works have been inspired by the massacre. Five decades ago, on December 25, 1968, 44 Dalit agricultural labourers were burnt to death by a landlord in the village of Keezhvenmani, near Nagapattinam.

The novel opens to a picturesque heaven-like village, but soon reveals its ugly side of inequality – and later transforms into the ‘river of blood’ from the title. Of those who revolted, “mostly women and children were thrown back into fire like logs” when they tried to escape. The novel was translated into several languages, and won him the Sahitya Akademi award in 1977.

Kuruthipunal may have been the first literary document of any Indian massacre of that kind – yet for the CPI(M), which had led the struggle of agricultural labourers in Keezhvenmani, the novel left a lot to be desired. Parthasarathy drew the story of the revolt through complex layers, building on the moral, existential dilemmas of characters from different social strata. By showing the antagonist, Gopalakrishna Naidu (renamed Kannaiya Naidu in the novel) as impotent, CPI(M) leaders believed the novel ‘digressed from the original issue and betrayed the cause.’

The party cadres burnt copies of the novel, Parthasarathy told The Wire. “But it was a fiction and as a writer, I had certain licenses. Of course, [the landlord’s impotence] was a figment of my imagination. But I also loved reading Freud, and the landlord had killed sixteen women and twenty-three children.”

S. Tamilselvan, the honorary president of Tamil Nadu Progressive Writers Association tried to explain the level of opposition to Kuruthipunal. The Keezhvenmani struggle was not just about wages or other such issues, he said.

The paddy producers association was ready to meet such demands but in return, it wanted the red flags taken down. The idea of farm labourers organising themselves into unions “was more threatening than their demand for wage hike.”

“Kuruthipunal was the first novel on the issue,” Tamilselvan said. “In retrospect, I think comrades would not have been angry if there were many works offering various perspectives. But well, we now realise it is not Indira Parthasarathy’s fault.”

More novels would follow. In 2000, writer Solai Sundara Perumal published Sennel, or The Red Grain. Perumal, a Marxist, presented the Venmani issue as a class uprising. While burning down their huts, Gopalakrishna Naidu hurls abuses at the labourers for raising the red flag.

In 2007, the writer Paataali completed Keezhai Thee, or The Fire from the East. This novel described events unfolding at Venmani after the massacre: Naidu being acquitted by the Madras high court, which refused to believe that a person of such “high stature could carry kerosene cans and douse huts in fire.”

Also read: It Makes No Sense to Celebrate Ambedkar and Vilify Periyar

Keezhai Thee is a passionate account of how the judiciary failed the marginalised, and how Naidu remained an influential figure after the case, and continued to be a divisive force. In one of its last acts of ‘annihilation of class enemy’ in Tamil Nadu, the CPI(ML) murdered Naidu in 1980.

In 2014, Meena Kandasamy published The Gypsy Goddess which viewed the massacre through the perspective of caste. It was, in a way, an indictment of the Left for failing to see Keezhvenmani as caste issue.

A powerful, lyrical account of Venmani and its aftermath, The Gypsy Goddess breaks many established rules yet stays brutally honest to its original idea – recounting a horror that had been relegated to non-existent pages in mainstream Indian literature.

The novel was published in Tamil as Kurathi Amman by Anangu publication house.

“It is telling that a massacre of such scale has produced only four novels,” says Tamilselvan, but he quickly adds the poems were countless. “There have been songs too. Comrade T. Natarajan has compiled the folk songs of Eastern Thanjavur, and some of it is on Venmani.”

Perhaps the most powerful account of Keezhvenmani in poetry is late poet Inquilab’s ‘Manusangada’ (‘We too are human beings”), just one of his poems about the massacre:

“Our bones and flesh burn in the fire lit by you..
Your courts and governments add fuel to it”

“We learn from the light of the fire that burns us
To take our rightful share,
And not plead to allocate it.”

In the 1980s, Keezhvenmani massacre was a direct or indirect influence on many Tamil movies, most of them starring a rustic-looking Vijayakanth. 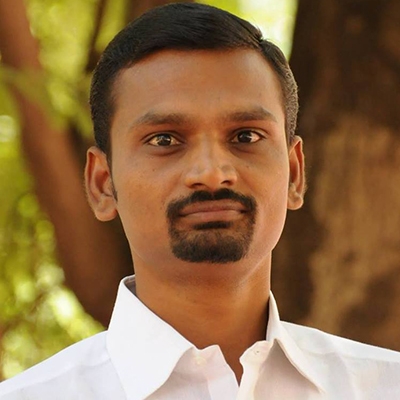 “In that decade, Tamil cinema experimented with what I would call the Left adventure cinema,” says Stalin Rajangam, a Dalit scholar from Madurai. “Look at the titles, Sivappu Malli (The Red Jasmine), Sivantha Kangal (Red Eyes) etc. The heroes were almost always labourers taking on the mighty landlords.”

Kann Sivanthaal Mann Sivakkum (If the Eyes Turn Red, the Soil Too Will) was released in 1983, perhaps the most forthright portrayal of Keezhvenmani, based on Kuruthipunal. “From its title to its songs, the film echoed the haunting memories of Keezhvenmani,” Rajangam said.

Those were also the years of Tamil songs that exhorted labour to fight back.

‘Poradada Valenthada’ (Fight back! Raise a sword!) was a song from Alaiyosai, yet another film that was partly influenced by Venmani – became an anthem at Left stages in the 1980s.

Significantly, the song, penned by Ilaya Bharathi, speaks about a time when the Dalits could get hold of power.

“Even Rajinikanth’s Naan Sigappu Manithan (I Am a Red Man – 1985) had a song ‘Gandhi Desame’, or ‘the Land of Gandhi’, which was revolutionary in its own way,” said Rajangam. Written by Vairamuthu, the song also speaks about caste atrocities – “Jaathi Engkindra Maaya Pei ondru ratham ketkirathe (A Devil Called Caste Bays for Blood)”.

At least two other Tamil films would be inspired by the massacre: In 1997, Aravindan had Sarathkumar as the protagonist – a journalist writing on corruption issues from jail, where he lands up fighting for the cause of laborers. In 2001, Ajith Kumar acted in Citizen, in which an entire village is eliminated by a powerful lobby of politicians and bureaucrats for its resistance.

Even so, the working-class heroes of the 1980s gave way to feudal heroes in the early 1990s and later. “Look at the titles of the films – Nattamai (Panchayat Leader), Manasthan (the Honorable One), Chinna Gounder [Gounder is the name of a dominant community], Ejamaan [a term to address a feudal head]. There were songs that praised them,” said Rajangam.

“In this shift to a skewed representation of heroism, we have essentially lost ground on more portrayals of struggles like Venmani,” he said. “To me, not one film in Tamil has properly documented the Venmani massacre – no film has yet given the struggle its original due.”