India Should Recognise That Manual Scavenging Is Akin to Slavery

Manual scavengers' 'employers' often behave as if they have property rights over the workers, which fits the legal description of slavery. 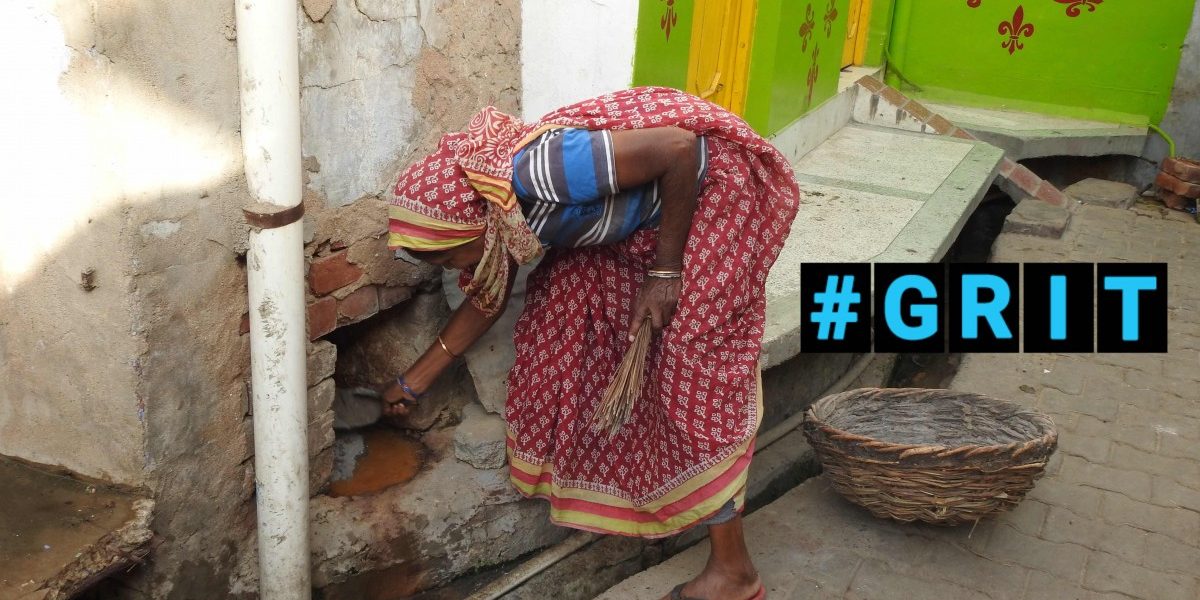 The term ‘manual scavenger’, according to the Prohibition of Employment as Manual Scavengers and their Rehabilitation Act, 2013 refers to “a person engaged or employed … for manually cleaning, carrying, disposing of, or otherwise handling in any manner, human excreta in an insanitary latrine or in an open drain or pit.” Although government agencies do not encourage estimates or record a false number to avoid loss of face, activists argue that more than a million households are employed in this exploitative profession.

A number of campaigners and activists have argued that the existence of manual scavenging in the 21st century and in a democracy like India is a “national shame“, a blot on the idioms of social, economic and political justice mentioned in the Indian constitution and a contemporary form of slavery. A 2014 report on manual scavenging by Human Rights Watch, a global non-profit, quotes a campaigner who said, “The manual carrying of human faeces is not a form of employment, but an injustice akin to slavery.”

Sociologically speaking, the world ‘slavery’ is not merely used rhetorically by activists and campaigners. And manual scavenging is indeed a form of slavery. This designation is important, particularly in modern times, because of the pressure it brings on the state from local as well as global communities to address the extreme forms of human exploitation involved within its territory.

The most elementary characteristic of slavery, following Orlando Patterson, is that it involves an almost total domination of one entity over another. In other words, if there are two entities – the slave and the slaveholder/master – then the will of the slave doesn’t matter. Only the will of the slaveholder matters. This state of total domination is achieved by a threat of violence as well as its actual use.

In the case of manual scavenging, people – who are overwhelming from Dalit castes – are forced to submit to the systemic and structural forces. Even if these threats are not always visible at the outset, mainly due to the democratic nature of the Indian polity, they still exist at the structural level, at the interpersonal level and also at the level of state (as the state officials are involved in the perpetuation of coercion).

A large number of manual scavengers die while cleaning sewers due to the inhalation of poisonous gases. Often, there is no effective provision for any legally ordained remuneration for injury or death as most of these workers are employed on a contract basis. Even when their lives are at stake, the multilevel structural domination ensures that they have no option but to continue working.

Total domination is also apparent in the threats of violence as well as the actual physical violence the manual scavengers face when they try to leave the profession. The HRW report cites a number of instances—

“…several women who sought to leave manual scavenging told Human Rights Watch that local authorities failed to intervene when they faced threats from the households they served. As retribution for leaving, they were denied access to community land and resources or threatened with eviction, frequently with the backing of village councils and other officials…”

“…The panchayat in Nhavi village in Maharashtra’s Jalgaon district hired nine women and men to manually clean open defecation sites. Bimal told Human Rights Watch that she does not want to clean excrement, but has continued to do so because she fears her family will be thrown out of the home where she lives…”

“… In November 2012, when Gangashri along with 12 other women in Parigama village in Uttar Pradesh’s Mainpuri district voluntarily stopped cleaning dry toilets, men from the dominant Thakur caste came to their homes and threatened to deny them grazing rights and expel them from the village…”

Even in the face of such adversities, some muster enough courage to not only resist the domination but also leave the profession. The slaves too were sometimes manumitted by their masters due to a variety of reasons such as long years of faithful service. The difference between the two lies in the fact that manual scavengers are able to exercise their agency to an extent and therefore, are not totally dependent upon the whims of the upper castes. However, most manual scavengers remain employed in manual scavenging until they die.

Another characteristic feature of a slave-master relationship is that a slave is, according to Patterson, a “socially dead person … he ceased to belong in his own right to any legitimate social order. All slaves experienced, at the very least, a secular excommunication.”

The HRW report mentions that manual scavengers are socially excluded and discriminated against in various ways:

“For people who practice manual scavenging, untouchability and social exclusion are inextricably linked…Those that practice manual scavenging are routinely denied access to communal water sources and public places of worship, prevented from purchasing goods and services, excluded from community religious and cultural events and subjected to private discrimination from upper-caste community members.”

There is also a third constituent element of slavery – “the fact that slaves were always persons who had been dishonoured in a generalised way.” The denial of basic dignity is visible in the way certain “demeaning gestures and phrases” and derogatory nomenclature are given to manual scavengers or their caste groups. Furthermore, basic indignity meted out to them can also be seen in the forms and ways in which ‘wages’ are generally paid to them for their work. The HRW report quotes Rekhabai, from Devgarh village, Dewas district, Madhya Pradesh:

“The homes I worked for would give me stale chapatis and leftovers, dropped into my hand from a distance. I was supposed to be paid Rs 10 [$0.20 or 20 cents] each month from each house. Sometimes, I was not paid for months.”

Manual scavengers, under the current societal structure, are treated as if their ‘employers’ have some form of ‘property rights’ over them. This implies that even according to the internationally accepted legal definition, manual scavenging can be classified as a form of slavery – the 1926 Slavery Convention defined slavery as “the status or condition of a person over whom any or all of the powers attaching to the right of ownership are exercised.”

More than a million households in India are currently suffering under the remnants of a system which was actually banned in the country by the colonial government more than 150 years ago. This is a big blot on Indian democracy.

The blame, first and foremost, should lie on the successive governments, which have always been in denial about the degree of its persistence, let alone taking effective steps to tackle the issue head-on. Even the 2013 Act has not been implemented with the required force and intentionality.

Indian society’s deeply unequal social structure based on caste hierarchy and patriarchy is equally culpable. Moreover, the moral culpability equally lies with the ‘neo-middle’ and other affluent classes who have been so engulfed in their own lives that they do not care about the issue or question the government and ensure accountability.

The media too can be blamed, for not giving adequate importance to social issues such as manual scavenging.

In such a scenario, the need of the hour, first and foremost, is a movement to ensure a ‘Slavery Free Bharat’, perhaps more than ‘Swachh Bharat’.

Nikhit Kumar Agrawal is an associate at CMGGA Programme, Haryana.