Ordinary and extraordinary Indians, from the villagers of Tamil Nadu to the Anand Margis to Deepika Padukone, are defending their right to free speech and expression. 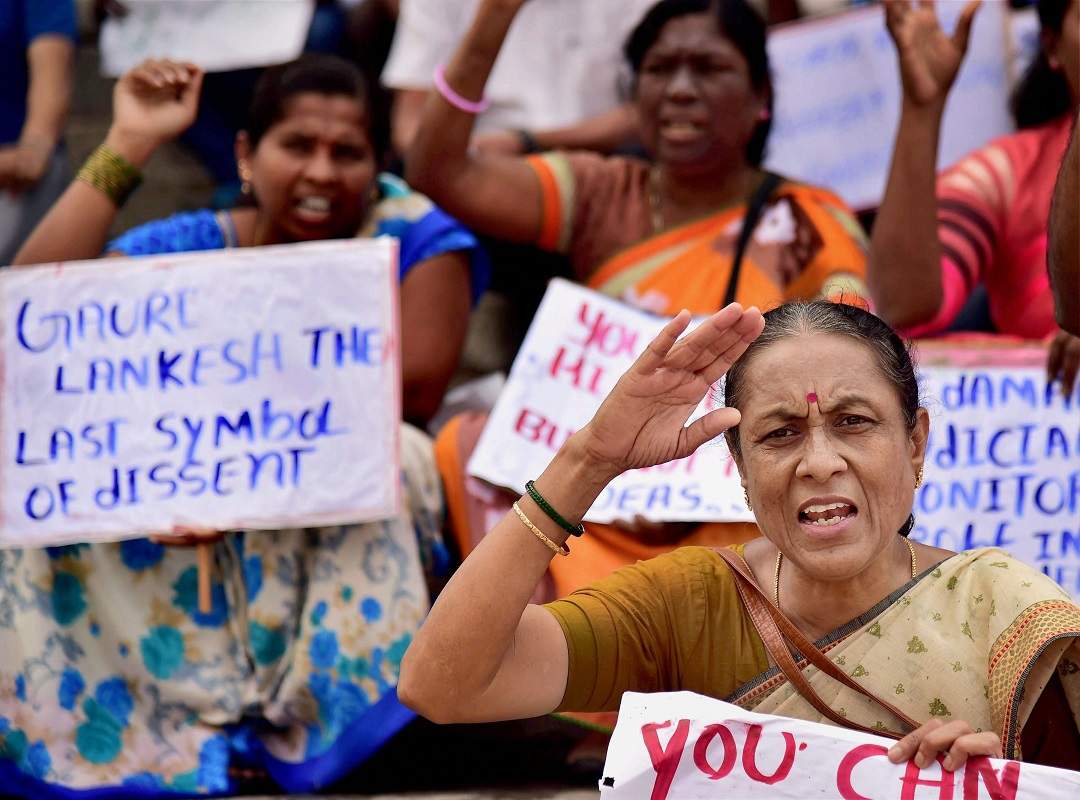 These may appear to be despondent times for free speech advocates in India. The murder of Gauri Lankesh, the threats to Kancha Ilaiah, the defamation proceedings against The Wire and the country’s low rankings on global press freedom indexes, all point towards a less than desirable state of affairs. There are however several lesser known stories of both ordinary and celebrity Indian citizens and journalists fighting for their right to free speech before high courts across the country – and winning their right to say, and sometimes dance, as they please, without having to submit to the unreasonable diktats of their neighbours or their government. These are stories that are only rarely covered in the mainstream press but the judgments in these cases are publicly accessible on the wonderful open access database – Indiankanoon.org.

Let us begin with the cases of dance, a not so surprising target of the prudish Indian state. Every September, for the last few years, there has been a tradition of villagers from across Tamil Nadu suing the state government and Tamil Nadu police before the Madras high court when they are denied permission to perform the Adal Paadal dance programme as a part of temple festivities. These dances have been thought to be a tad randy but nothing beyond what is anyway displayed by the glorious movie industry in this country. Since police permission is required for such performances and since the police virtually always deny or delay permission, the villagers, seeking to conduct such festivities, unfailing approach the high court for relief.

Going by the reportage from the last few years, there is virtually no doubt that the judges of the Madras high court must be squirming on the bench while deciding whether or not to grant permission and risk the possibility of obscene dances that may shake the foundations of Indian morality. The final decision often depends on the moral equation of the judge in question. Luckily for the villagers this year, on September 1, 2017 Justice S. S. Sundar of the Madras high court granted permission subject to a long list of conditions, which I guarantee you will be impossible for the police to enforce. This list includes a prohibition on the use of “double meaning” words, “obscene dance” etc. As reported in The Hindu, Justice Ramasubramanian once commented that, “The conditions to which the writ petitioners [organisers] agree to submit themselves to, are as cosmetic as the make-up provided to the artists who are engaged to perform.” Is it fair that these citizens have to fight for their right to perform a dance? Certainly not, but thank god, they are ready to fight for their fundamental right to express themselves through a dance, no matter how randy it may seem to the rest of the country.

Moving to central India, Justice Mukhopadhyay of the high court of Jharkhand in February this year, quashed a 12-year old criminal case against the Ananda Margis for performing the Tandava Dance. This dance, performed with skulls, knives and sometimes a snake, is supposed to have originated from the Hindu god Shiva. Despite being performed in a closed enclosure, the dance appears to have offended the sub-inspector of police in the neighbourhood, who slapped a case of ‘hurting religious sentiments’ against members of the sect under Section 295A of the Indian Penal Code (IPC). This isn’t the first time that the Anand Margis have faced hostile police action for a dance and one of the earlier cases against them went up to the Supreme Court, where Justice A.R. Lakshmanan from Tamil Nadu, categorically upheld the right of the Ananda Margis to publicly “perform Tandva dance with skull, trishul, knife, damroo, sword” subject to certain conditions.

Moving to western India, a bench with Justice Sadhana Jadhav and Justice Ranjit More of the Bombay high court on September 21, 2017 quashed a 9-year old criminal case filed against Vineet Kacker by one Arun Gawde who complained that his religious feelings were hurt by the display of images of Hindu gods and goddesses on certain slippers made from ceramic stone that were displayed at an art gallery. Notwithstanding the best efforts of the public prosecutor, the judges of the Bombay high court concluded that Section 295A of the IPC was not attracted because

“the alleged offending work of art is an artistic expression of the petitioner and, a piece of skill, which demonstrates his vision and view point. It does not contain any deliberate malice and neither is it an attempt to insult the religion or the religious beliefs of people belonging to any class of society”.

Towards the east of the country, Justice S. Kumar of the Patna high court on August 2, 2017 quashed a four-year old criminal case filed against Sanjay Leela Bhansali, Deepika Padukone, Priyanka Chopra, Ranveer Singh and Kishore Lulla for their movie Goliyon Ki Rasleela Ram-Leela. The movie had apparently offended the religious sentiments of Sudhir Kumar Ojha, a resident of Muzaffarpur district. Ojha was offended by “some of the scenes in the film, i.e., firing indiscriminately in front of a temple and breaking of alcohol bottles in a temple etc.” which in his opinion “hurt the sentiments of the Hindus”. He therefore filed a criminal complaint under Sections 153B and Section 295A of the IPC. In a short and well-reasoned order, Justice Kumar found that the magistrate had wrongly taken cognisance of the complaint for a variety of reasons, including the fact that the Central Board for Film Certification, which is the competent authority in law, had certified the movie for release.

The Patna high court also quashed a six-year old criminal defamation case filed by the daughter of a senior bureaucrat and minister in the Bihar government against Raghav Bahl and Rajdeep Sardesai for a news report that was broadcast by CNN-IBN in July, 2011, alleging irregularities in the allotment of some land. Justice Birendra Kumar in an order dated September 12, 2017, quashed the case against both on a technicality, namely that the conspiracy charge tagged along with the defamation charge required prior permission of the state government and that such permission had not been secured by the complainant. Sardesai scored another victory before the Himachal Pradesh high court which on August 29, quashed another criminal defamation case against him. 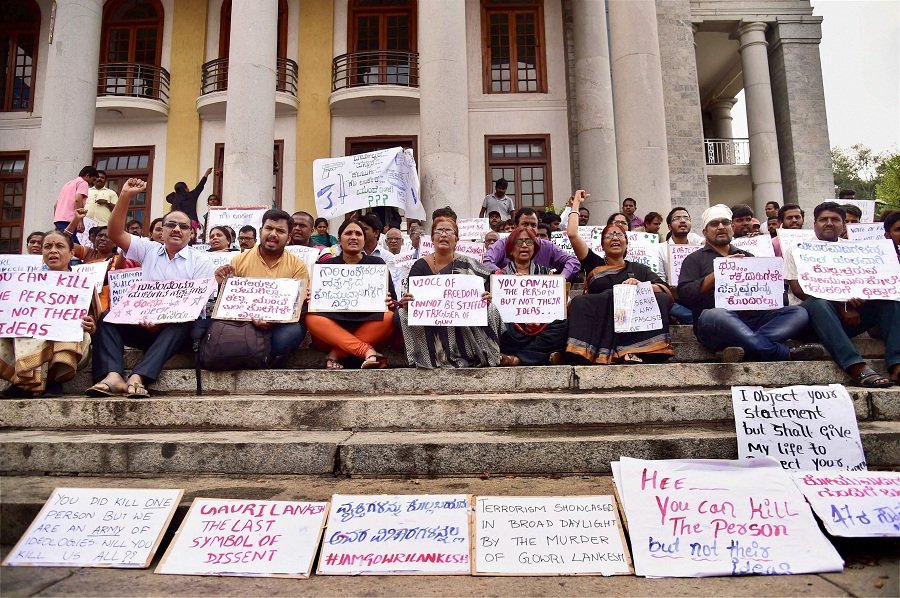 Speaking of journalism and criminal law, it is inevitable that we have a discussion about Nakkheeran and Dinakaran, both Tamil publications, which, thanks to the politics of Tamil Nadu, regularly attract a variety of lawsuits and criminal complaints by those claiming to be defamed or offended by their journalism.

It is safe to argue that there are few journalistic ventures which have contributed as much to free speech jurisprudence as Nakkheeran. The civil defamation lawsuit against the publication this time around was filed by the 292nd Guru Maha Sannidhanam of Madurai. While the judgment, dated September 12, 2017, by Justice M.V. Muralidaran of the Madras high court does not explain the content of these allegedly defamatory allegations against the plaintiff, the judge dismisses the defamation case against Nakkheeran and its editor, on the grounds that the elements of defamation were not made out.

A few months earlier, in April, 2017, the same Justice M.V. Muralidaran also quashed a 10-year-old criminal complaint against Dinakaran under provisions of the IPC and the Indecent Representation of Women (Prohibition) Act, 1986 for publishing photographs of beauty contestants from a pageant held in Mexico in 2007. The complainant, N.K. Karuppasamy, reportedly an advocate and politician, was of the opinion that “The publication of the postures of beauty contestants who reportedly the participants of the world beauty contest in Mexico are obscene, randy, stroke and kindle sexual passion in any person. Such postures tend to deprave and corrupt the young minds, besides utter disregard to the ancient and pristine glory of Tamil culture.” (sic) Justice Muralidaran clearly did not agree with this conclusion since he quashed the complaint and pulled up the magistrate for issuing summons without proper application of his mind.

These are just few of the tales of how ordinary and extraordinary Indians, from the villagers of Tamil Nadu to the Anand Margis to Deepika Padukone, are defending their right to free speech and expression, sometimes in long winded judicial proceedings. The colour of these threats to free speech isn’t always saffron, most times it is the local uncle with nothing better to do or the policeman on a power-trip. While several of these cases are taking far too long to reach judgment, let us draw some solace from the fact that while judicial magistrates appear to be trigger-happy while taking cognisance of these alleged offences, high courts across the country are standing up for the fundamental right to free speech and expression. In fact, some would argue that the high courts have a far better track record of defending the constitution when compared to the meanderings of the Supreme Court.

The point of this cherry-picking exercise of these judgments delivered in 2017 is not to claim all is well, but to remind ourselves that there exists an India outside Delhi, which is quietly defending the values enshrined in our constitution and while the system may take time, it often does deliver results.

Prashant Reddy T. is a an assistant professor at NALSAR University of Law, Hyderabad.