After IIM Kozhikode Reveals Students' Castes, Spotlight Back to Discrimination on Campus

The administration has since issued an “apology” for having “inadvertently shared the documents". But students believe that cannot make up for the trauma they have faced. 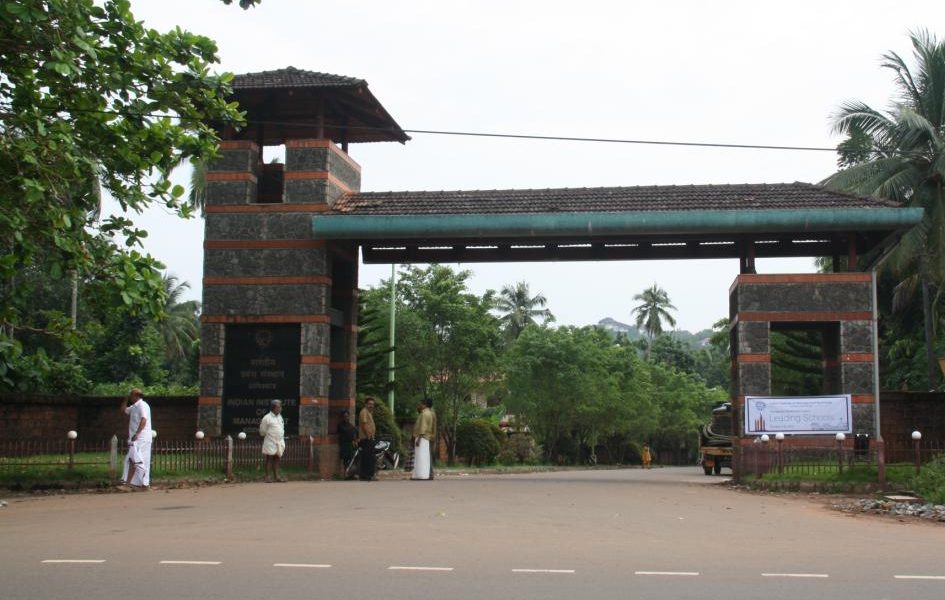 Mumbai: In mid December last year, postgraduate programme students at the Indian Institute of Management, Kozhikode (IIM-K) received an email from the programmes office regarding a mandatory workshop. The email, along with the details of the workshop, contained an additional “hidden sheet”. When students clicked on that, they found that all their personal information had been circulated to one and all – information about caste categories, percentile, disabilities, parents’ income, phone number and Aadhaar number.

Only after a student wrote to the programmes department about the blunder did the administration try to recall the email. But the damage was already done. The file was downloadable, and had been downloaded by many. Information that was not supposed to be public was out there for everyone to see. It was shared – and students ridiculed – in smaller informal groups. Jokes were soon being circulated and the discussion spilled into college- related social media pages in no time. Students who The Wire spoke to also said a few Instagram pages put out highly objectionable memes.

The administration has since issued an “apology” for having “inadvertently shared the documents”. An email response addressed to one student (who raised concerns over their details being shared in public) and marked to others read, “There were some hidden sheets in the attachment which was not known to the sender. The e-mails sent have been recalled immediately when it came to our notice. We have taken steps to correct our system so that such incidents of inadvertent sharing of documents would not happen in future. We sincerely apologize for the inconvenience caused to you.”

Shubhasis Dey, the dean of programmes and international relations, told The Wire that he had immediately initiated “corrective measures” and made changes in the system to ensure such mistakes don’t happen again. “We conducted an internal inquiry and found out where exactly the mistake had occurred. We have taken enough precautions now to ensure students don’t face such difficulties,” Dey said.

Also read: Brahmins Claim to Be Victims of Affirmative Action. This ‘Untouchable’ Lawyer Begs to Differ.

The students, however, feel the email apology does not match the trauma they have had to go through. “You would find longer explanations when a stray dog or cat is ill-treated on campus. But the institute feels just by brushing the whole issue aside as a technical mistake, they can be absolved of their responsibilities,” said a postgraduate student.

The highly competitive management institutes have been known, in situations like this, to not be the most sensitive. The IIM campuses suffer from an acute social diversity deficit. A young female student, on the condition of anonymity, said, “These campuses are super elite. Students from marginalised communities spend all their time and energy just to ‘fit in’. And in such situations, if one’s caste locations and incomes are made public, you can imagine how alienating it would be for that child (student).”

The IIM campuses, which take pride in grooming “the best” for the market, also boasts of being highly “meritorious”. “And this concept of merit can be terribly debilitating for Bahujan students, who come from extremely trying backgrounds and avail reservations to reach till here,” said a senior faculty member. She added that even if the email were to be considered a mistake, it can’t be overlooked just like that. 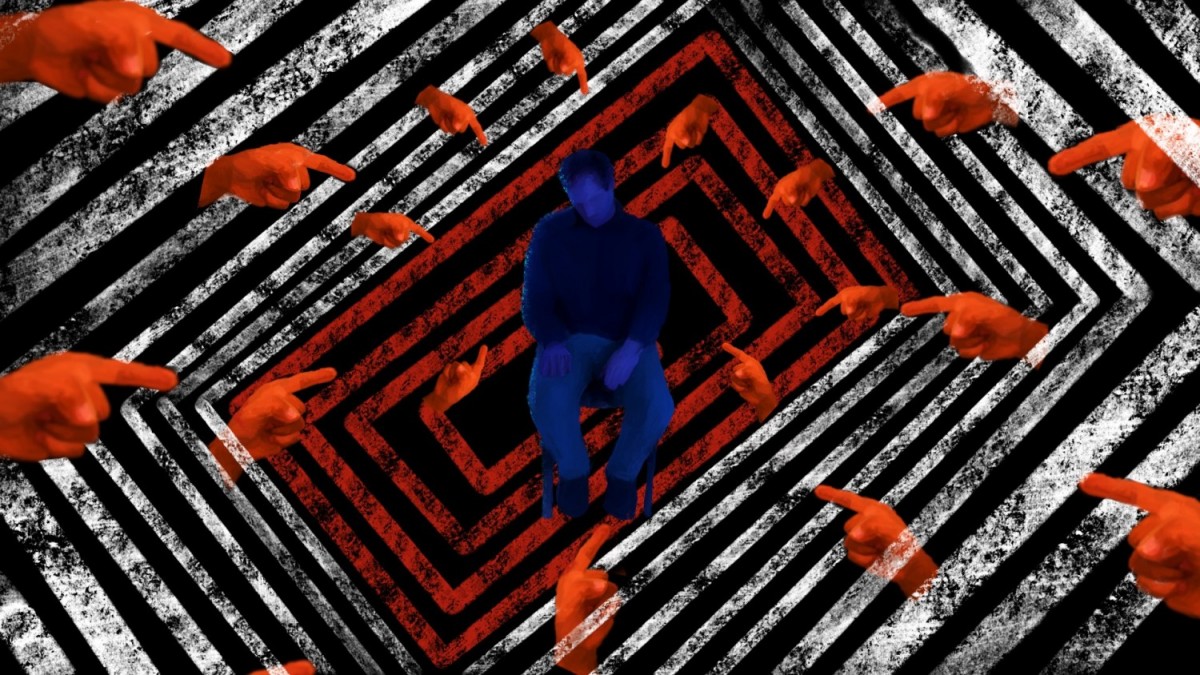 IIM-K allegedly has a history of making Bahujan students feel unsafe on campus. A senior faculty member shared an incident from four years ago, when students belonging to the Dalit community were all housed in one hostel. “This was a blatant instance of segregation,” he said. But the authorities, then too, rendered an “apology” and called it a mistake.

When asked about this segregation, a criminal act under the Scheduled Castes and Scheduled Tribes (Prevention of Atrocities) Act, Dey said it was a matter from the past and “corrective measures” have since been introduced.

Most students who The Wire approached, while sharing their own experience studying at the premier institute, also feared the consequences they would face later if their identities were revealed. “Our placements are in the hands of the institute,” one said.

The placement cell, some students claimed, has access to their CAT scores and caste categories, and without formally ever putting out the information, their personal details are always shared in their “friendly circles”. This, one student said, happens because among both the students and the faculty members, it is invariably the ‘upper’ castes who get the decision-making positions. “And they look at students availing reservations as the undeserving ones,” said a second- year postgraduate programme student.

The student’s apprehension could stem from the fact that IIMs across the country have done very little to be inclusive. Faculty members have for long come from the upper caste category – or “general category”, as they commonly address themselves. Students say the insensitivity reflected in the responses of the institute is primarily an outcome of their caste locations. “Students from Bahujan communities usually end up alone on campus and they have no one to go to. Just a handful of teachers from similar caste identities try to help. But they are just so few and are dealing with their own anxieties and alienations,” a student from the senior management programme said.

We would like to bring to your notice that The Wire article titled “After IIM Kozhikode Reveals Postgrad Students’ Castes, Spotlight Returns to Discrimination on Campus” is misleading in its title. As already shared in my previous statement with The Wire, the incident was an inadvertent error for which all necessary steps have been undertaken by the Institute to correct the system and preventing such incidents in the future, along with issuing an apology to students who felt aggrieved by this technical lapse. To bracket this under ‘caste discrimination’ practice is misrepresentative of the cherished objectives of IIM Kozhikode which has social equality, gender diversity and academic excellence at the core of its values and functioning. We have a zero tolerance policy towards discrimination of any kind – race, religion, sex, caste, gender, and ethnicity; and have always strived for affirmative action for social good in all these years of our existence, intrinsically linked with the holistic approach to learning that we passionately practice here. To quote a few of the various inclusive measures undertaken at IIMK:

1. We were the first IIM to admit more than 50% women in the flagship MBA programme way back in 2013 and repeated history in the year 2020.

2. We believe in meeting the reservation requirements as a constitutional obligation and the same have been fulfilled in our flagship programme admissions.

3. Special faculty recruitment drives are also regularly held by IIMK for filling vacant positions under reserved categories and we steadily encourage eligible community members to apply for the same through advertisement campaigns.

We are proud of our history as an inclusive institute which is composed of a diverse student group cutting across their social and geographical identities and nowhere in the twenty-five years of our existence, is discrimination in any form practiced or promoted. We will request The Wire to reconsider the title of the article in the above light.

Our story is based on several testimonies from students studying at IIM- K. While I appreciate prof. Dey’s detailed response, the narratives we gathered from students speak otherwise. We stand by every line written in the article.