In Gujarat, Dalits Under Attack for Watching Garba, Sporting Moustache

In a pattern seen in several villages across the state, Dalits are being attacked by members of the upper-caste community for going against generations-old norms. 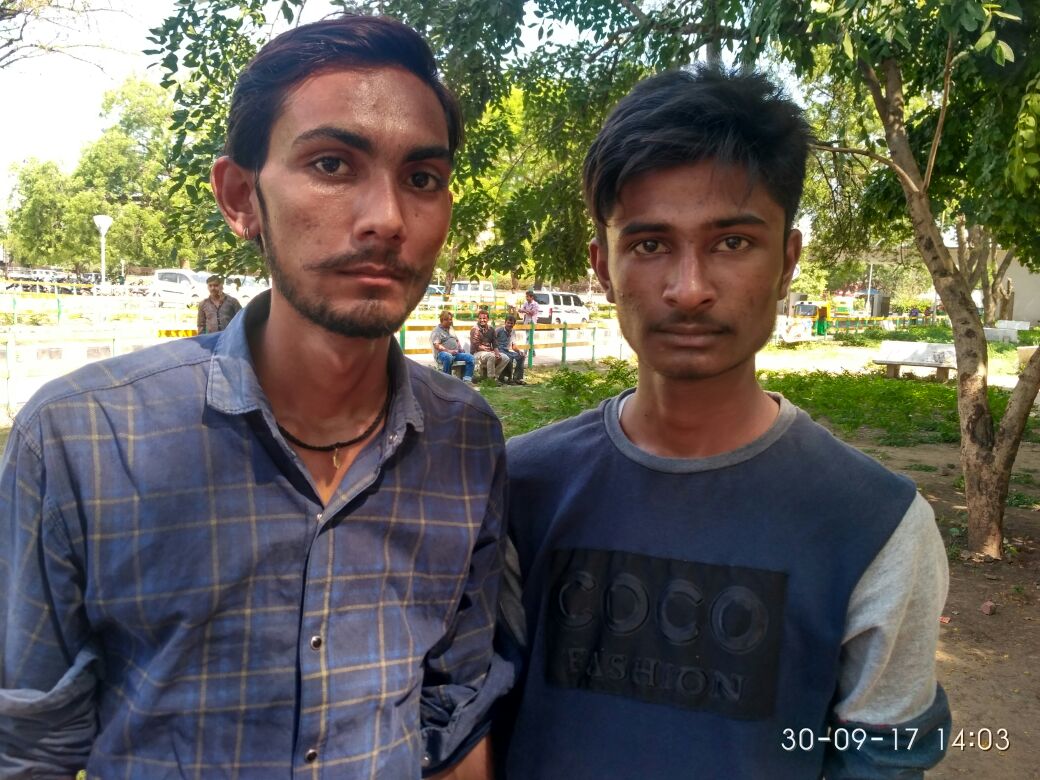 Piyush Parmar who was thrashed for sporting a moustache in Gandhinagar district (left), Digant Maheria his cousin who was attacked on October 3. Courtesy: Damayantee Dhar

Ahmedabad: As Gujarat was caught in the grip of nine-day long festival of Navaratri, enjoying the festivities came at a price for Dalits, with reports of caste violence pouring in from multiple villages across the state.

On September 25 and September 29 two Dalits were thrashed in Gandhinagar district allegedly by members of the Darbar community. Their crime? Sporting a moustache.

Four members of a Dalit family were thrashed in Patan district on September 29 for being present at the venue where garba was being held.

Two days later, on October 1, a Dalit youth in Anand district was beaten to death by members of the Patel community. His crime? Watching garba.

Jayesh Solanki, a 20-year-old resident of Bhadraniya village in Borsad taluka of Anand district, had returned home for the weekend to spend time with his family during the festival season. At around 4 am on the fateful day, Jayesh – along with his cousin and four friends – set out to watch the garba organised by the committee of Someshwar temple on an open plot near the temple.

“It was my idea, our sisters and some other girls of the community were already at the garba venue so we decided to go there and return home with them. The festival goes on for nine days, so that day we decided to sit and watch and not dance,” recalled Jayesh’s cousin Prakash Solanki, the 23-year-old complainant and witness in the case. 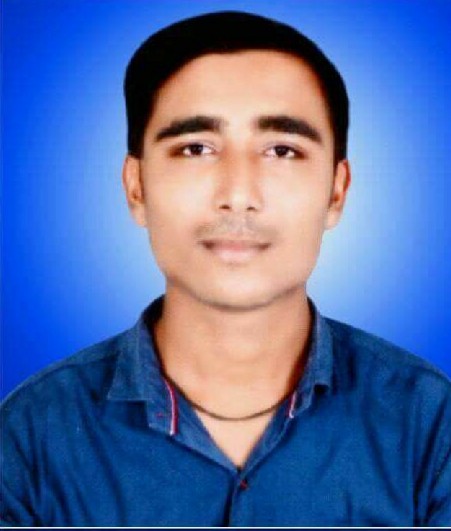 “Everybody in the house was sleeping. He (Jayesh) woke up his mother and told her that he will be back and leave for Vadodara early morning to join his work there. He never returned, he was dead within an hour of leaving home,” Prakash said.

Prakash, Jayesh and their friend were sitting just outside the temple and watching garba when one Sanjay Patel, a resident of the same village, approached them.

“He asked us what we were doing there. Jayesh replied back and said we were watching garba. He called us dhera (a casteist slur) and chided us stating garba isn’t for Dalits and asked us to leave. He left after that and we continued to sit there not knowing Patel would return with seven of his friends,” Prakash added.

“At around 4.30 am he came back, pulled me up and slapped me. Jayesh intervened when Patel tried to slap me again. They took hold of Jayesh and banged his head against the wall while kicking him simultaneously. Two of them held me and rest of them kept banging his head even after he fell unconscious. They sat on him and punched him and left when they were done with us,” Prakash said.

After the men of the Patel community left, Prakash and few other passersby rushed Jayesh to a private hospital in Borsad on a two-wheeler. From the private hospital he was referred to Pramukhswami Medical College in Karamsad about 16 kilometres away, where he was declared brought dead.

Jayesh was supposed to return to Vadodara and resume his work from the morning of October 1. A class X drop-out, he worked as a security guard in a private company in Vadodara and was planning to re-take his board examination. He is survived by his mother Madhuben, father Bhailalbhai and a sister who is married and lives in Vadodara. Bhailalbhai, a labourer, and Madhuben – the only ones left in the house – are in disbelief.

“All accused were produced in Borsad court. The court rejected our demand of a seven-day police custody of the accused for further investigation. They have been remanded in judicial custody and sent to Borsad sub-jail,” J.N. Desai, the deputy superintendent of Petlad and who is investigating the case, told the media.

The accused have been arrested under SC/ST (Prevention of Atrocity) Act and IPC sections 143 (unlawful assembly), 323 (voluntarily causing hurt), 302 (murder) and 504 (intentional insult with intent to provoke breach of the peace).

Noticeably, one of the accused, Dipesh is related to the village sarpanch, Sarjula Patel.

Caste violence and atrocity is a common occurrence in Bhadraniya village, where only about 45 households are of Dalits. Bhadraniya has about 4,000 residents.

“In the year 2000, a crowd of about 500 of Patel community had attacked Dalits. Forces had to be deployed in the village to curb the situation,” said Kiran Solanki, a local activist.

An incident in 2002 had prompted the registration of a complaint against a group of Patels of the village, including Thakorbhai Patel, the father of Sanjay, who is an accused in Jayesh’s murder. In 2011, the Patels had thrashed Dalits for using a certain street passing through the village.

“In a village where Dalit children are barred from playing cricket or wearing new clothes and passing through the area where the people of higher castes reside, doing something out of the norm is a crime for a Dalit. Jayesh’s only mistake was that he broke a diktat,” a neighbour said.

This, however, isn’t a story of only one village. Limbodra village in Kalol taluka of Gandhinagar district has witnessed many such incidents of caste discrimination. In Limbodra, there are only about 100 Dalit households, while there are 2000 households of Darbar community members.

Generations-old restrictions on Limbodra’s Dalits include not wearing new clothes, sporting a moustache, getting shaved by the village barber, riding a horse on one’s wedding, fetching water from well or tube well that people of upper caste use, to name a few.

On September 25, Piyush Parmar, a 24-year-old from Limbodra, was returning home after watching garba at their village. En route some people hurled casteist abuses at him and his cousin Digant Maheria, who was with him. 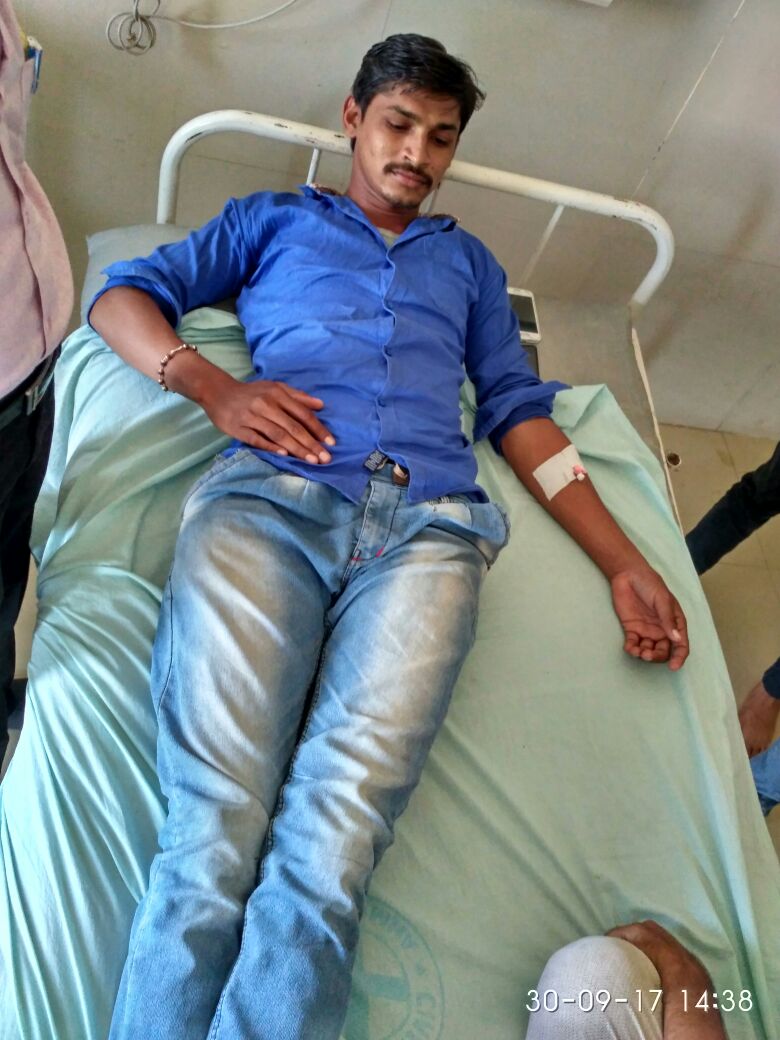 “It was dark so at first we couldn’t see their faces. When we walked further we recognised them as men from Darbar community of our village. To avoid a scuffle we kept walking but they stopped us and assaulted Digant first and then started beating me. They were irked as I had a moustache,” Parmar said.

“They kept saying how could I sport a moustache as I was Dalit,” he added.

Following the incident, an FIR was registered against Mayursinh Vaghela, Rahul Vikramsinh Serathia and Ajitsinh Vaghela (all residents of Limbodra) in Kalol police station under sections 323 and 114 of the IPC and SC/ST (Prevention of Atrocity) Act.

On September 29, in a similar incident, Krunal Maheria was thrashed for sporting a moustache in Limbodra. The 30-year-old law student was visiting a friend in Limbodra when some men from the Darbar community hurled casteist abuses at him and beat him. Krunal had to be admitted at Gandhinagar civil hospital.

“They beat me with a police baton. They kept saying if I wanted to become a Darbar by sporting a moustache,” Krunal said.

This time too an FIR was registered in Kalol police station against a Darbar man from Limbodra, identified as a relative of one of the accused who had assaulted Parmar earlier.

Meanwhile, to protest against the attacks, a social media campaign has come up, with Dalit men posting pictures of themselves sporting and twirling their moustache with hashtags like #Jativadnavirodhmaa (Protesting against casteism), #Piyushbhainasamarthanmaa (in solidarity with Piyushbhai), #samvidhannasamarthanmaa (in support of the constitution). 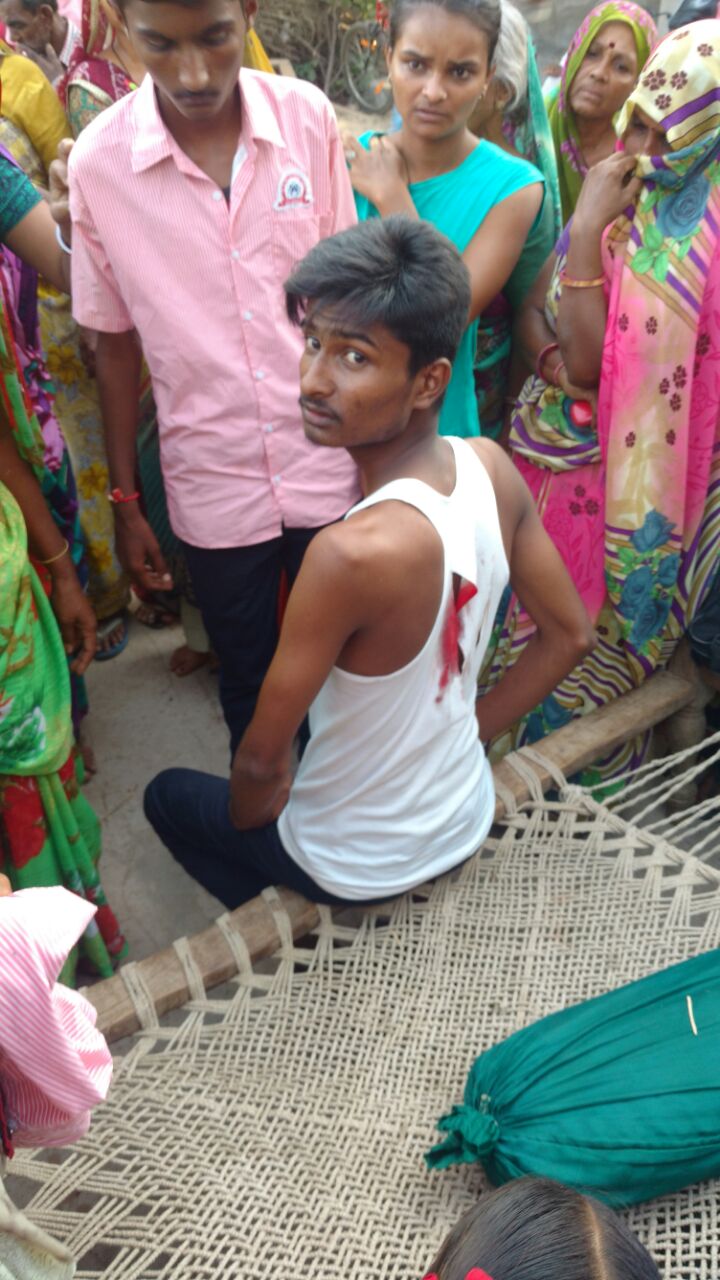 However, even as the campaign picked up on social media, the three accused of thrashing Parmar and the one accused in the attack on Krunal were released on bail on October 3. Incidentally, on the same day, at around 4.30 pm, Digant, Parmar’s 17-year-old cousin, was attacked by unknown assailants with a blade.

Digant, who suffered serious injuries on his back, had to be rushed to Gandhinagar civil hospital.

“I was returning home from school after examination when two bike-borne men began following me and then stopped me. They had clothes covering their faces. They told me they have been paid to kill me and cut me with blade and fled on the bike,” Digant told The Wire.

Police later reached the hospital to record his statement and no arrests had been made till the night of October 3.

In another incident on September 29, four members of a Dalit family were thrashed in Ganget village in Patan district. As per the complaint registered by Khema Parmar, a resident of the village, men from Patel community of the village assaulted him along with three members of his family for attending garba near a temple in the village.

Reportedly, a Dalit woman’s presence had already irked the Patel community and when they found the Dalit family near the temple, they thrashed Sidharth Parmar, his father Gautam Parmar, Khema and his grandfather Varva Parmar.

The case is still under investigation and is being headed by C.N. Chaudhari, the deputy superintendent of SC/ST cell of Patan police.