For the Kuravars of Tamil Nadu, Custodial Violence is a Way of Life. And Death

Branded as a ‘criminal tribe’ in 1911, every member of this Scheduled Caste has several false cases of theft against her or him, say the lawyers working for their welfare. 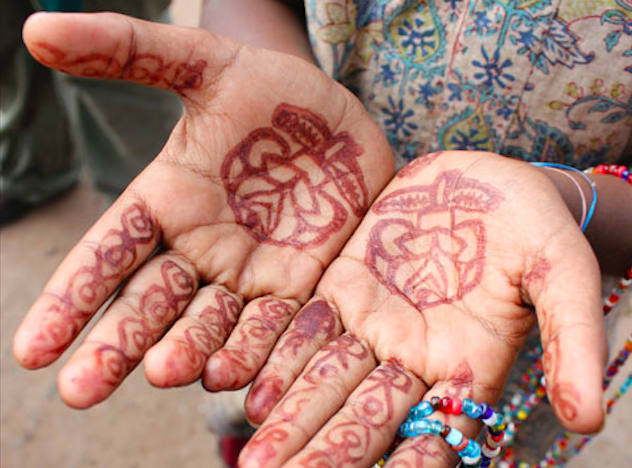 Chennai: June 10 was a normal day for Malar and her family in Manojipatti, a hamlet in Thanjavur district, Tamil Nadu. Her 46-year-old husband, P. Mani, had awakened her at 5 am and left to buy milk. A day earlier, the police had come in search of him.

“It is normal for us – the Kuravars. The police were here on May 22 too,” Malar says.

She remembers cooking rasam and rice for her husband on the night of June 9, the day the police had started looking for him. He had left for a relative’s place that night, but had returned. “He was worried we wouldn’t be safe,” Malar explains.

The police were looking for him because of an alleged complaint of theft. On June 10, after buying milk, Mani went “to find out why the police wanted him this time,” Malar says.

Later Malar learned he was at a relative’s home and was somewhat relieved. The relief was short-lived.

“I heard a commotion in our neighbourhood and someone told me the cops were picking up people. Some were screaming that my husband had assaulted the policemen with a knife, but managed to escape,” she says.

Alarmed, Malar went in search of Mani. She found him hanging from a tree, his own lunghi wrapped around his neck.

“He was dead, but not exactly hanging. His feet were on the ground,” she recalls.

Mani is among the many members of the Kuravar community who spend their whole lives either in prison or in court for crimes they have not committed. Remanded in a theft case, Mani’s son couldn’t attend his father’s funeral. Mani himself had had about 19 cases against him, says Malar. He had been acquitted in most of them.

According to I. Pandiyan, a lawyer and representative of an organisation called Witness for Justice, which works with the Kuravar community on issues of custodial violence, it’s difficult not to find a single person among the 150 Kuravar families of Manojipatti who does not have a minimum of 30 cases against her or him. There are about 15 lakh Kuravar people across Tamil Nadu and the whole community has been criminalised. “For any crime committed here, members of the Kuravar community will be picked up,” says Pandiyan.

This blatant criminalisation of an entire community has its roots in history. “In 1911, 44 castes including Kuravars were identified as ‘criminal tribes,’” says Pandiyan. “After independence, several communities managed to progress economically and socially; some even politically. But Kuravars, who were notified as scheduled castes in Tamil Nadu when the Caste Commission was formed, continue to be branded as criminals even now. They continue to face false cases, custodial torture and sometimes custodial murders.”

Barely a year ago, 42-year-old Nagappan from Manojipatti became a victim of custodial torture and is now fighting a case against the police.

“All I did was ask them why they had kept my sister’s husband in custody,” says Nagappan.

Nagappan is a state office bearer of Kurinjinila Makkal Peravai (Federation of People from Kurinji Land. Kurinji is part of the five landscapes of ancient Tamil Nadu and denotes the mountainous region. Kuravars are native of Kurinji land). He is also a district office-bearer of Viduthalai Chiruthaigal Katchi (VCK)’s Pazhangudi Viduthalai Iyakkam (Movement for Freedom of Tribal People). He is the neighbourhood’s resident problem-solver.

“When my sister told me her husband had been taken away by the police, I told her to file a missing complaint. Two days later and after much running around, we were told he was in Tiruchy police station,” says Nagappan.

“The police asked if there was a case against me at Ariyalur police station. I argued that it was a false case and I was fighting it. But the Ariyalur police came in a van and took me to their station, where I was asked to admit to a robbery of 100 sovereigns of gold jewellery, hand over some gold or help identify people who could have gold to spare. I could do none of these things.

“On my second day in police custody, they started beating me. They laid me on a table, tied a cylindrical roller to my body and removed the table. I was hanging in the air. They beat me till I passed out.”

When he woke up, Nagappan was on floor, writhing in pain but otherwise unable to move his body. His relatives arrived with a lawyer and took him home.

“When the police learned that a lawyer was around, they almost apologised for beating me and asked me to forget it,” says Nagappan.

But Nagappan filed a case against the police, not just for himself, “But for my father who had to constantly live in fear of police violence and my son, who will have the same fate.”

Captain Durai, a community elder and leader of Kurinjinila Makkal Peravai (he earned the moniker ‘captain’ because of his service with the Port Trust), recalls what happened to Duraisamy, a local CPI(M) leader at Muthuveerakandiyanpatti in Thanjavur.

In 2010, Duraisamy was arrested on a flimsy charge and paraded through the streets in chains. On hearing about this, his daughter, Selvarani, attempted suicide (she survived with 50% burns).

“Duraisamy was eventually released but there were policemen waiting to arrest him in a different case. They let him go only after learning his daughter’s plight,” says Durai.

According to Durai, it is not uncommon for police from a different district to pick up members of the Kuravar community in Thanjavur to close crimes that have not been solved.

“There have been many false cases of theft against our men and women. Our women have sometimes been sexually tortured too,” he says.

In pre-independent India, members of the Kuravar community were punished by transportation as slave labour, Pandiyan says. “In free India, they are transported for criminal cases,” he adds. Even Kuravar children are not spared. “Every child will have visited a police station at least 10 to 12 times,” says Pandiyan.

In 2012, a fact-finding committee which included human rights activists A. Marx of the People’s Union of Human Rights and Professor Prabha Kalvimani, known for his work among Irular tribes, had visited Thanjavur to investigate custodial violence against the members of Kuravar community. The visit had been prompted by a fast unto death movement by 60 women of the community to protest police atrocities against the Kuravars.

The report filed by the committee made some shocking observations. For example, during the annual Ayudha Puja celebrations, any member of Kuravar community would be picked up and lodged in jail on a false complaint because ‘prisons shouldn’t be empty on an auspicious day like that.’

“There were so many horror stories,” Marx recollects. “About 15 women were imprisoned by an inspector for 45 days on various false charges and tortured. In 2017, the inspector was arrested and sentenced to 10 years’ rigorous imprisonment for abetting the suicide of a woman a decade earlier.”

The fact-finding committee had recommended a detailed investigation by a sitting judge.

In 2016, a special committee appointed by the National Commission for Scheduled Castes submitted a report on the atrocities faced by the members of Kuravar community. The report, according to the NCSC website, was submitted to the President of India, but is yet to be laid before parliament. “The report and annexures ran up to 20,000 pages,” says lawyer B.S. Ajitha, a third party member in the committee.

Listing various sociological reasons for the ‘vulnerability of Kuravars as a community,’ Dr Chinnaraj Joseph, former principal of The American College in Madurai and a development sociologist working with the community, says: “The territorial identity of the community was not established. Their demographic character was such and their occupations were such (carriers of grain and salt). They were too scattered. They were brought under the Criminal Tribes Act not because they were criminals. The idea was to keep them under surveillance, put them in a settlement, force them into labour and if things failed, to punish them.”

The community is an easy target for the police because of a lack of collective memory, a lack of numerical strength and a lack of political power, says Pandiyan. “Even Manojipatti is not their ancestral land. They migrated here from elsewhere generations ago,” he says.

For Captain Durai, changing the attitude of the police to the Kuravars is not enough. Society as a whole, he says, needs to change because it continues to brand and stereotype the community.

“In common parlance, ‘staring like a Kuravar,’ or ‘doing a Kurava act’ are terms that refer to an act of stealth,” he explains. “There are films which show Kuravars in a bad light. A lot needs to change, not just the police attitude.”

For Malar, who earns Rs 400 by selling a basket that barely takes a day to weave, there is no reason to ‘commit an act of stealth.’

“Isn’t Rs 400 enough to take care of my family? I can earn that with one basket, so why should we steal?” she weeps. “My husband didn’t want to die.”