The Hypocrisy in Removing Teaching Post Quotas From 'Institutions of Excellence'

By not extending reservation in teaching posts to all institutions, the Act suggests that persons belonging to reserved categories are less efficient and thus less likely to ordinarily serve in the 'excellent' institutions. 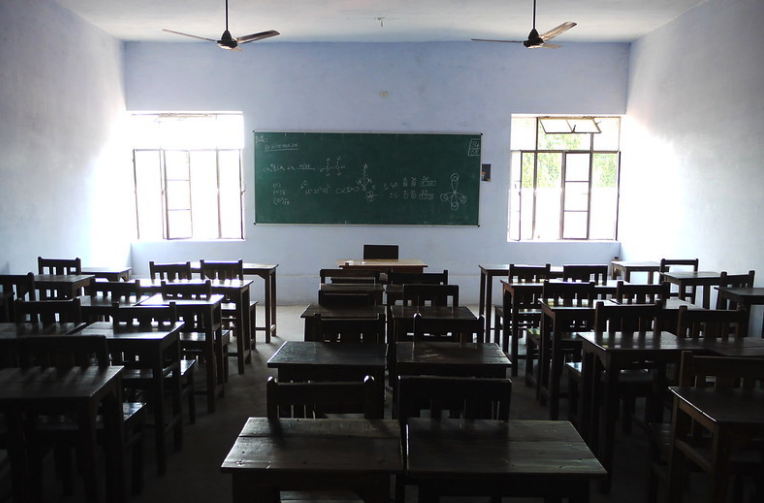 Last month, 20 Indian Institutes of Management (IIMs) wrote a letter to the Ministry of Human Resource and Development, requesting it to recognise them as ‘Institutions of Excellence‘ in the Schedule to the Central Educational Institutions (Reservation in the Teachers’ Cadre) Act, 2019.

According to the Act, if their request is accepted, they will no longer have to provide for reservation in faculty positions.

This move by the IIMs highlights some fundamental defects in the Act and exposes the present government’s position on reservation.

It also reveals the discriminatory nature of this seemingly emancipatory piece of legislation.

First, let’s have a quick look at the events in the backdrop. In 2017, the Allahabad high court in Vivekanand Tiwari and Anr. v. Union of India and Ors. declared that for the purpose of direct recruitment against teaching posts in higher educational institutions, a department of a university shall be considered as a ‘unit’ instead of a university itself.

Hearing an appeal, the Supreme Court upheld the high court’s verdict in January 2019. The effect of the judgment would have been that the number of seats for reserved categories would be cut by 30% for OBCs, 50% for SCs and 80% for STs, according to data submitted in the above case.

In many departments, the representation of the reserved categories might even be completely wiped out under the new formula. Therefore, the decision led to huge protests across the country.

The Central government seized the opportunity to appease the disadvantaged sections and passed an ordinance, namely the Central Educational Institutions (Reservation in the Teachers’ Cadre) Ordinance, 2019, immediately before the 2019 general elections to undo the impact of the judgment. After being re-elected, the government replaced the Ordinance with an Act under the same title.

At a close look, the Act clearly shows the intention of the present government to dilute the constitutionally sanctified policy of reservation. The Act is a half-hearted attempt to restore the pre-judgment position in respect of faculty quota.

Section 3 of the Act provides for considering a university as a ‘unit’ for recruitment of teachers only in central educational institutions.

It is clear that the number of state educational institutions to which the Act does not apply is many times higher.

Consequently, the representation of reserved classes in teaching staff, which is already very low according to a government report, will further go down. Despite this, why did the government not extend the Act to state educational institutions as well? Does the constitution impose any restrictions on the legislative competence of the parliament? Let’s understand this first.

Article 16(4) empowers both parliament and state legislatures to provide for reservations in posts.

There is no constitutional bar on the law-making powers of the parliament to apply the provision contained in Section 3 of the Act to state educational institutions as well. Under the Schedule VII to the Indian constitution, which contains entries to legislate upon, there is no Entry specifically relating to reservation.

However, Article 248 gives the parliament the residuary powers to legislate in respect of matters not enumerated in the Concurrent List or State List of Schedule VII.

Alternatively, the word “employment” appearing in Entry 23 of the Concurrent List could be arguably invoked by the parliament. Thus, despite no limitation, the parliament did not extend the Act to state educational institutions. Similarly, given the federal structure of the country, state legislatures have also not passed any such law to restore the previous position with respect to reservation in state educational institutions.

Thus, the deliberate exclusion of state educational institutions from the scope of the Act clearly shows that the government actually intended to dilute the policy of reservation.

At once, it aimed to heal the wound superficially and gaining public confidence. It has created an illusion by using the emancipatory language in the Act to conceal the hidden motive.

And this is not the first attempt of the present government to weaken the reservation policy or destroy its basic idea. Such actions include lateral entry in the Indian Civil Services, reservation for EWS, privatisation of public sector units, etc.

Also read: Bureaucrats More Wary of ‘How’ Than ‘Why’ of Lateral Entry Into Civil Services

Another setback to the members of disadvantaged classes is the provision contained in Section 4(1)(a) of the Act. It lays down that the scheme of reservation shall not be applicable to the institutions of excellence, research institutions, institutions of national and strategic importance specified in the Schedule to this Act.

Thus, these institutions have been completely exempted from providing for reservation in faculty recruitment. It is noteworthy that despite reservation, representation of SCs and STs in faculty posts is only 7.22% and 2.12% respectively, according to a 2016 government report. Furthermore, the Schedule containing the list of exempted institutions may be amended by a notification by the Central government according to Section 4(2).

It is under the subsection 2 that the IIMs have approached the government, whereby they seek amendment of the Schedule to include IIMs therein. The provision excluding certain institutions from providing for faculty quota raises some serious concerns and opens up the Brahmanical mindset of the government in respect to the candidates belonging to the reserved categories.

By not extending reservation to the institutions listed in the Schedule, the Act suggests that persons belonging to reserved categories are less efficient to render services in the ‘excellent’ institutions.

It acts, in fact, as the official branding of those candidates as ‘less competent’. Indirectly, Section 4(1)(a) promotes the logic of “upper-caste superiority” and wants us to believe that only upper caste and therefore, automatically efficient candidates deserve to serve in those institutions. It not just supports but solidifies the caste hierarchy.

It is not out of context to say that the idea of upper caste superiority has already gained much fillip under the present regime. The casteist remarks as to Brahmin superiority made by the Lok Sabha Speaker Om Birla and Gujarat Assembly Speaker Rajendra Trivedi are some of the recent examples.

Besides this, Section 4(1)(a) is violative of Article 14 of the Indian constitution. It does not pass the twin test of the rule of “reasonable classification” under the Article. The first test is that the classification must be based on intelligible differentia. Here, putting some educational institutions in a different box itself seems to be arbitrary for various reasons.

First, education is a common thread among all these institutions and an effort to improve quality of education (if any) must be made equally in all institutions.

Second, the very use of different labels for some educational institutions under the section, in fact, is meant to discriminate, or at least to facilitate discrimination.

Third, the use of vague terms like ‘institutions of excellence’ and ‘research institutions’ which remain undefined in the Act makes the provision feeble and prone to abuse.

The second test of the rule of “reasonable classification” is that the differentia must have rational nexus with the object of the provision. Section 4(1)(a) abruptly fails to clear the test because it supports the logic of “merit”. It believes that having higher qualifying marks in academic degrees and scoring higher marks in screening or interviews automatically guarantees one’s ability to impart quality education and excellent services.

Going by the logic of merit, private educational institutions would be in trouble because they often compromise with the minimum qualifying marks even in professional courses, like medical, engineering, etc. If they operate on the logic that one may become skilful by training as well, why cannot the same idea work in case of candidates belonging to reserved categories also? Thus, exempting certain educational institutions from providing for reservation has no rational nexus with the object of the provision, if any.

Besides Article 14, Section 4(1)(a) also violates Article 16(2) of the Indian constitution which prohibits discrimination on the basis of caste in the matters of public employment. Thus, the provision is arbitrary and discriminatory, and hence unconstitutional.

However, it must be borne in mind that irrespective of the constitutionality of such provisions, the disadvantaged sections have been continuously struggling for the realisation of their rights and interests, and their fight is likely to continue.

Thus, the idea of excluding certain educational institutions from applying reservation is ill-conceived and flawed. It discriminates not only against the members of the reserved categories, but also against educational institutions and the students. Here, it is apt to recall what the ruling party promised in its manifesto in 2019 general elections:

“We are committed to ensure benefits of constitutional provisions of the Scheduled Castes, Scheduled Tribes and backward classes. We will ensure that proper representation and opportunities are available for these sections.

Quite in contrast to its promises, though not shockingly, the ruling party has passed the Act which is limited in scope and discriminatory.

Under the garb of a ‘bold’ step in favour of the deprived sections of the society, the Act actually reflects the dominant ideology of Brahmanical superiority and is deeply anti-reservation. It is a calculated move to further caste-based hierarchy, to let upper-caste people monopolise certain prominent educational institutions, to dilute the policy of reservation, and to stigmatise the reserved classes as less competent.

(I would like to thank Anumeha Mishra, Haris Jamil and Sujith K. for their comments and suggestions.)