While some have praised the move, others have accused that it is an attempt to 'divide' Dalits in the state.

Jalandhar: A letter written by the head of the Dalit dominated Dera Sant Sarwan Dass Ji Sachkhand Ballan sect in Jalandhar to Prime Minister Narendra Modi to include a separate column of ‘Ravidassia’ in the 2021 Census for the Scheduled Castes (SC) community in Punjab has led to social and political debate.

In the letter, a copy of which is available with The Wire, the sect head asks PM Modi to take the “revolutionary step” to give Ravidassias their own identity.

The decision behind this move dates back to May 2009, when the deputy head of the Dera, Sant Ramanand, was killed in a gurdwara in Vienna, Austria by Sikh hardliners who were opposed to the Dera’s practice of touching the feet of their ‘guru’ in the presence of Guru Granth Sahib. His killing led to widespread violence in Punjab, especially Jalandhar.

As a result, a section of Dalits separated themselves from Sikhism and announced their religion as Ravidassia and began following the religious scripture Amritbani on January 30, 2010, the 633rd birth anniversary of Guru Ravidass at Seer Goverdhanpur in Varanasi. By the 2011 census, around 88,650 Dalits had registered themselves as ‘Ravidassia’.

However, 10 years down the lane, not only are the Dalits known as ‘Ad-dharmis’ or ‘Ravidassia’ in common parlance from Punjab’s Doaba belt (Jalandhar, Nawanshahr, Hoshiarpur and Kapurthala districts) divided over the issue of following Guru Granth Sahib or Amritbani, even political parties are maintaining silence.

As some elders from Jandu Singha village in Jalandhar pointed out, their village has two Ravidass gurdwaras now. “Some people wanted to replace Guru Granth Sahib with Amritbani but we stopped them from taking such a step. Later, they constructed a new Ravidass gurdwara to place Amritbani as their holy book.”

Interestingly, the Sri Guru Ravidass Sadhu Samperdaye Society of Punjab, a body which controls 300 Dalit Deras in the state, is strongly opposed to this move.

In its mouthpiece Adi-Dharm Patrika dated July 23, the society emphasised that the followers of Guru Ravidass should write ‘Adi-Dharm’ as their religion in the 2021 Census. A campaign on this issue by various Dalit factions was picking up pace on social media. 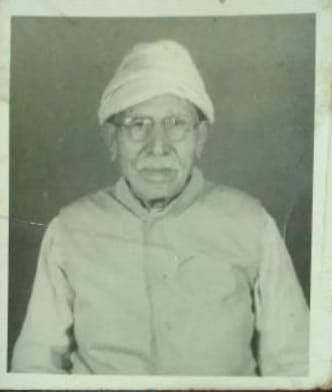 The Ad-Dharm Mandal was started by Mangu Ram Muggowalia, a Dalit person from Muggowal village in Hoshiarpur district in 1926. Dalits, who were then called ‘untouchables’, declared the founders of Ad-Dharm were Guru Ravidass, Valmiki, Namdev and Sant Kabir. The term ‘Ad-Dharm’ means ‘Original Religion/Ancient Religion’ of the indigenous inhabitants, the ‘Adi-Dharmi’ of India.

Talking to The Wire G.C. Koul, whose PhD was on the ‘Philosophical study of Guru Ravidass’, said that Babu Mangu Ram approached the government to register ‘Ad-Dharm’ as a separate religion in the census on October 10, 1929.

“At that time, a total of 4,18,789 lakh Dalits registered as Ad-Dharmis. The then chief minister Sikander Hayat Khan pioneered the move, which was followed in the 1941 census too,” said Koul, the former head of the department of Punjabi at the DAV College in Jalandhar.

Koul also said that even the first president of India, Dr Rajendra Prasad, had mentioned about the independent identity of ‘Ad-Dharm’ in his book India Divided. “At that time, Dalits were settled in Jullundur followed by Multan and Lahore divisions of the undivided Punjab,” he added.

He said that the Dera Ballan’s move represents its ‘vested interest’. “There are 37 sub-castes registered under the list of notified SCs in Punjab. Even if the government attempts to include Ravidassia as a sub-caste, it requires 2/3rd majority to bring an amendment in the Scheduled Castes & Scheduled Tribes Orders (Amendment) Act, 1976. Saints are meant to unite society, not divide it. But the Dera is weakening it,” Koul said.

Dera Sachkhand Ballan spokesperson Sat Paul Virdi defended the decision, saying there are already 6,000 SC communities across the country. “We are not changing our religion. All we want is a status, recognition and identity for the followers of Guru Ravidass, which should be Ravidassia. People should understand that ‘Ad-Dharmi’ is a caste and ‘Ravidassia’ is a religion. Dalits have been subject to injustice. The Dera management’s decision would make us count in the country,” he said.

However, when asked about the opposition from within the community, Virdi said that around 88,000 Dalits had registered themselves as Ravidassia within six months of the religion being announced in 2010. “After 10 years, the total number of Dalits who adopted the Ravidassia religion is approximately 10 crores across the world,” he claimed.

When questioned about allegations that the Dera’s decision was taken at the behest of the BJP-RSS, Sat Paul Virdi vehemently denied them. “This is not true. We are merely seeking justice and our rights. The reality is that we also wanted to become Sikh, but did they accept us? It is the Sikhs who will be affected. They ignored us and are responsible for this fallout,” he added.

The census 2011 reveals that 31.94% of Punjab’s population is comprised of SCs, the highest among all states in the country. Notably, the Dera Ballan got a temple constructed at the birthplace of Guru Ravidass at Seer Goverdhanpur in Varanasi, which is considered as the Mecca of Ad-Dharmis and other religions, sects and castes which follow the saint.

The significance of the Dera Ballan among Dalits could be gauged from the fact that politicians of all colours, from Congress leader Rahul Gandhi to Delhi chief minister Arvind Kejrwal, his Punjab counterpart Amarinder Singh, and ex-CM Parkash Singh Badal, have visited this religious place during elections, hoping to swing the polls in their favour.

While many politicians preferred not to speak on the issue, Bahujan Samaj Party’s Punjab general secretary Balwinder Kumar didn’t mince words. He said that if one interprets the sequence of events, it is a move by the BJP-RSS to fragment the Dalits for the purpose of ‘vote bank politics’.

He argued that when there is no unanimity on Amritbani among Dalits, how could the Dera decide about the entire community’s identity? “Moreover, a large number of Dalits who were working in the Gulf nations were forced to come back because of the COVID-19’s economic impact and consequent job losses. They are staring at joblessness, but the Dera’s management is busy thinking about religion, which shows their misplaced concerns,” he said.

Bahujan Front Punjab in-charge Sukhwinder Kotli also reiterated that after Sant Ramanand’s killing, Dalits realised that they were still not accepted in Sikhism. “We (Dalits) left the Hindu religion because of their orthodox practices and untouchability and adopted Sikhism. The Dalits are devoted to Guru Granth Sahib but did the Sikh preachers ever make any efforts to bring us together and bridge the social gap? The end losers will not only be Dalits but Sikhs too. And the solution lies in the unity of Dalits and Sikhs,” he said.

Two-time Congress MP from Jalandhar and Dalit leader, Santokh Singh Chaudhary, dodged the query. He said that it was Mangu Ram and his father Master Gurbanta Singh who got ‘Adi-Dharm’ included as a religion in the 1931 census.

“Ad-Dharmi, Ravidassia, Ramdasia castes were already included in the schedule of the SCs. This move is possible only if the Punjab government recommends it, state and Centre commissions verify it. Only then, it could be presented in parliament,” he added.

Similarly, a prominent Dalit leader of SAD and two-time MLA Pawan Kumar Tinu said that at a time when the nation is tackling the COVID-19 pandemic, the need of the hour is to ensure health and education and generate employment. “Religion is secondary,” he said.

However, another SAD leader, requesting anonymity, said that this move was clearly aimed at dividing the Dalits and pointed fingers at the BJP-RSS. “We know at whose behest this decision has been taken. It is an open secret that a large number of Dalits still follow Guru Granth Sahib, which indicates the ground reality,” he said.

But refuting such queries, the BJP vice-president Rajesh Bagha said that the party has never been against SC/ST reservation. “Rather we want a society free of casteism. Sanu Bhartiya banan di lod hai. Bhartiya Sanskriti de nal ek hon di lod hai (We need to become Indian. There is a need to become one with the Indian Culture). Such a movement is required. Since centuries, we remained the slaves of the Mughals and Britishers. We need dialogue to realise ‘Begampura’ as envisaged by Guru Ravidass. Casteism should come to an end.” Guru Ravidas envisaged Begampura as a city which is ‘casteless, classless and does not have untouchability’.

Even renowned Dalit writer Des Raj Kali said that Ad-Dharmi, Ravidassia, Ramdasia, Balmiki, Mazhbi already exists under the list of notified SCs in the census. “When these castes already exist, what are you (Dera authorities) trying to achieve? Shaheed Bhagat Singh had written an article ‘Achut Da Sawaal’ (The Question of Untouchables) in Kirti newspaper’ in 1925/26, where he emphasised that Dalits should not get into the game of ethnic politics. If this topic is being discussed even in 2020, then we are going 100 years back,” he said.

Another Dalit leader Darshan Lal Jethumajara justified the decision, saying that Ravidassia was registered as a religion in 2010. “Why is this demand causing an issue now? Either the government should not have registered [the religion] or accept the current demand,” he said. He added that the community is politically advanced and no division will occur.