Interview: The Name Dalit Panthers Was Synonymous With Justice for the Poor

In conversation with J.V. Pawar, one of the founders of the Dalit Panthers.

The Dalit Panther movement in the 1970s gave 'Dalit' a more comprehensive identity, encompassing all marginalised sections of the society and not only a caste. A Dalit Panthers poster.

In the 1970s, a new political and social force emerged with great ferocity and captured the imagination of the downtrodden Dalits all over the country. Born out of a rising consciousness of young Dalits of the then Bombay, the new entity – christened the Dalit Panthers, after the famous Black Panther party of the 1960s – was not content with the conventional means of tackling oppression by the upper castes or by the state.

The Dalit Panthers became instantly famous thanks to their methods of tackling injustice and holding perpetrators of atrocities against Dalits accountable. Some of their tactics were close to being undemocratic and they were closely linked with the riots of 1974 in Bombay’s BDD chawls.

In 1977, just five years after they were formed, the Dalit Panthers folded up, thanks to infighting and a drift away from the initial idealism. Even so, long after they vanished from the scene, their reputation did not diminish but only grew. Some of the early leaders became well known in their own right. 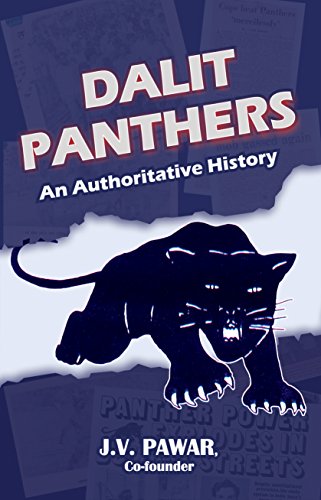 In his book, recently translated into English as Dalit Panthers: An Authoritative History, J.V. Pawar, one of the founders of the organisation recalls its early days and discusses what went wrong with the dream of fighting against injustice.

Pawar is now closely associated with the Bharatiya Republican Party, Prakash Ambedkar group and is considered one of the most senior Dalit leaders in the country. He spoke to The Wire about his book, the Dalit Panthers and Dalit politics today.

What is the genesis of the Dalit Panthers?

In the 1970s, atrocities against Dalits in Maharashtra were growing by the day. Inhuman atrocities. There was one instance in a small village Brahmangaon where two women were disrobed and paraded through the streets. Some of us took a delegation to the chief minister V.P. Naik and demanded that the entire village be penalised.

The chief minister suggested that we, the Dalits, go to the village and conduct an enquiry, which he would then implement. The police was already conducting its own investigations. We turned it down – no one, especially from the upper castes, would talk to us, we said. We won’t get the facts.

So seeing that there was no recourse, we decided that Dalits should give an ultimatum to the government. The memorandum said that the guilty must be published and there was a line which said, “otherwise we would take the law into our own hands”. Many other Dalits refused to sign it. They said it was undemocratic to say so and Babasaheb Ambedkar had said we must not resort to violence.

So one day my good friend Namdeo Dhasal and I, while walking in Kamathipura where we lived, decided we needed to do something different and decided to set up an organisation. And that is how Dalit Panthers was born.

Yes. Dhasal lived closed to me, and we met every day.

I said we would create an organisation that would fight underground, Dhasal said there was no need for that.

We had heard about the Black Panthers, read about them in Time magazine. They had almost faded away by then but their reputation endured. We decided to call ourselves Dalit Panthers, even borrowed their logo. We issued a press note saying we were setting up this organisation and it believed in tit for tat. Sent it to all the newspapers. No one took the slightest notice of it, not even the police.

Did you have any plans?

I was working in a bank. I was impatient, wanted to do something action oriented. Amitabh Bachchan was my hero. He was full of fire.

We decided to focus on Pune and Thane, both close to Bombay. Once, we heard of an atrocity in a village and we decided to go there. I put out the word in all Dalit areas in the city, including in the slums. We would go to the village and anyone who was interested was to show up at a particular railway station for a passenger train that would reach that area in the morning.

I was expecting a few people – over 500 people turned up. Remember, there were no mobiles and even phoning people was difficult. We all boarded the train and I think barring me and a few others, everyone was ticketless; that is what happens in passenger trains even today.

This was all spontaneous?

Completely. We had no organisation. We travelled to the villages from where reports had come in and used pressure tactics to make sure the upper castes ended their atrocities.

For example, we would go to a village and locate the sarpanch, usually an upper-caste man who was from the Congress. The Congress was everywhere those days.

The crowd that had travelled with me on the train would station themselves on a hillock. They would have something metallic in their hands, sometimes even knives. I would tell the headman, I know you or your villagers have done this – whatever it was – and you must reverse it. For example, he (or anyone else) could have taken over a Dalit’s land, or thrown human excreta in a well Dalits used. On my one signal, the people standing there will rush down and attack the village.

From a distance, the sight of the boys with things in their hands which shone in the morning light looked quite dramatic.

I would carry stamp paper with me and soon the headman would be writing a confession on it and promising to give back the land or the crop. 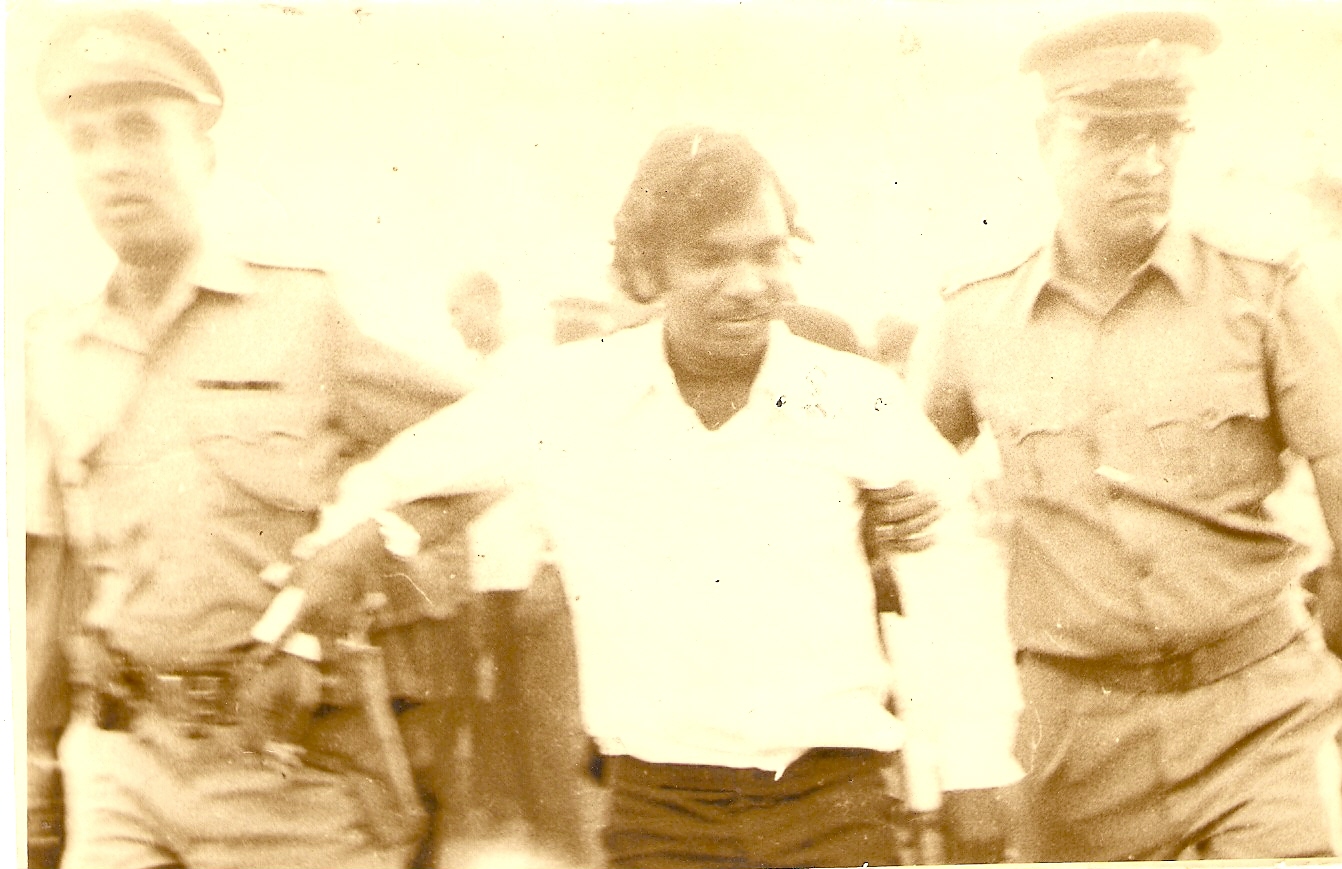 That was hardly democratic.

No violence ever took place. No one was beaten up, killed. Once we asked the headman to drink water from the Dalit well, but just when he was about to, we stopped him, because he had learned his lesson.

Nor did we give away those signed papers to anyone. We would have a local policeman standing by when the confession was written, but I brought all those papers back. I may still have a few of them.

This must have helped spread your reputation.

Within a short time, the Panthers became very well known. In villages across Maharashtra, the name Dalit Panthers was synonymous with justice for the poor and a warning to those who caused injustice to Dalits. Panther branches sprung up in other parts of India. I used to get letters addressed to J.V. Pawar, Dalit Panther, Bombay, and they used to reach me.

The government took notice. We used to get arrested on trains, railway platforms, even before we had set out. The police arrested the leaders, like me, letting the others go.

Other Dalits like Raja Dhale soon joined us. We began to grow.

That was around the time when you began to make your presence felt in Bombay.

Yes. That came about in early 1974. There was a by-election in Bombay. The constituency covered areas that were dominated by Dalits, like Worli and Naigaum. The Panthers gave a cry that Dalits should boycott the elections to register their protest against atrocities. The Congress, which had tied up with the Republican Party of India, was shocked.

On January 5, after a public meeting in BDD chawls where we spoke, some of us were arrested. I escaped and went underground, but was picked up after a few days.

But the very day of the public meeting, rioting began. The Shiv Sena, which those days was known as ‘Naik’s Sena’, joined in. A lot of policemen used to live in BDD chawls and their sons, wearing policemen’s uniforms, used to come out during the curfew, and indulge in violence.

The irony is that we, the Dalit Panthers, were very small those days, but for some reason, the media associated our name with the Dalit response in the rioting. The name was everywhere on the front pages, in the national and international press.

The violence went on sporadically for three months. The Dalit Panthers became famous all over the world. Now even more people wanted to join us. 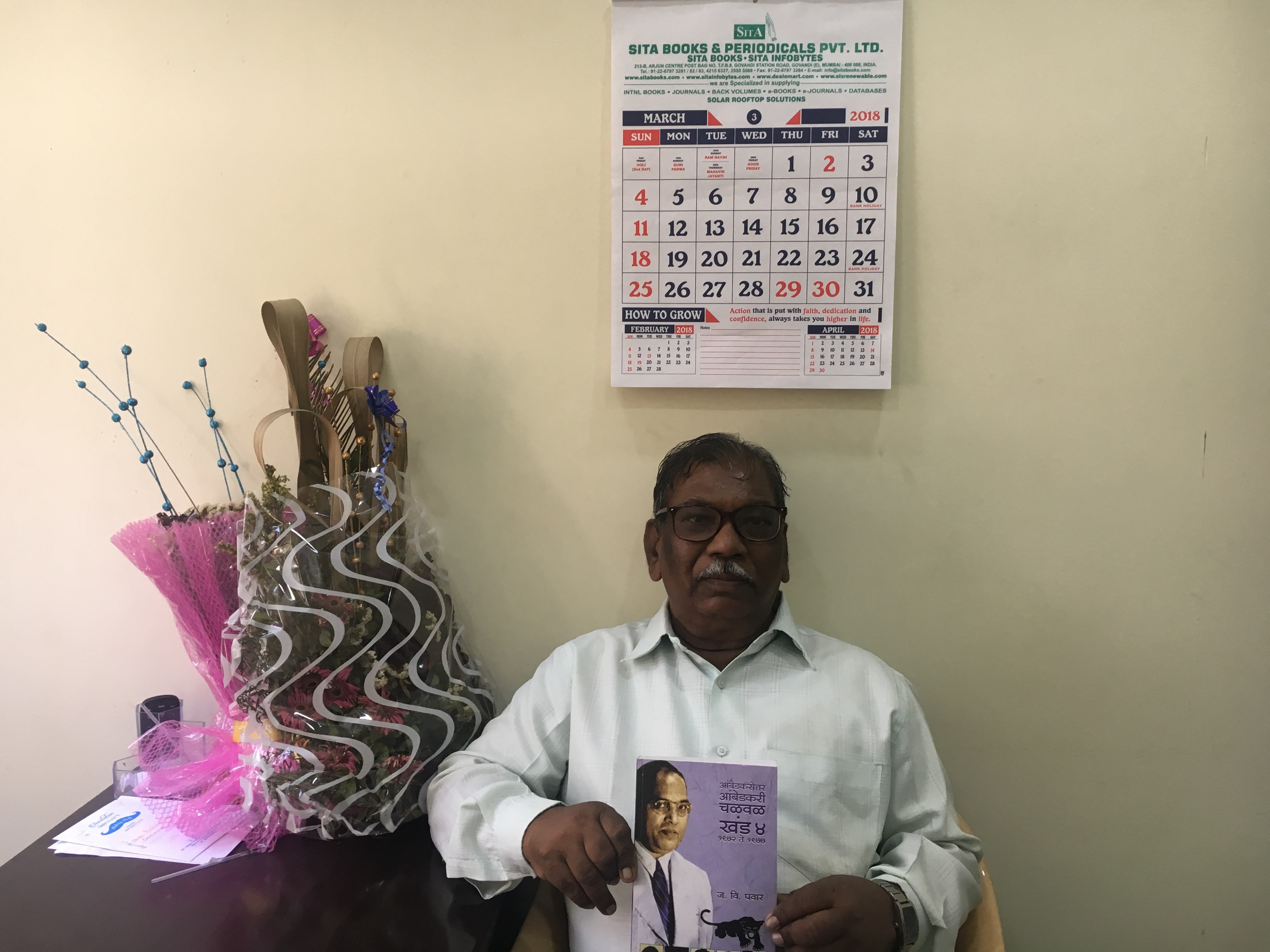 From then onwards you should have grown to become a strong organisation. But that didn’t happen.

We were five leaders and during our underground period, had developed a code using the names of the five Pandavas. I was Bhim. We each had a specialty, a role.

Raja Dhale was an Ambedkarite, as was I, but Dhasal came to be known as a Marxist. It is not as if he had studied it – he was a school drop out – but he subscribed to Left ideology and in the public meeting said, “I was born a communist.” What he didn’t say is that this was an exact quote of Babasaheb Ambedkar’s who had said the same thing, implying he didn’t have to join the Left, but he understood leftist ideology.

Dhasal was hailed as a leftist by the media. You know, the media then was full of leftists and sympathisers – they were all Reddish. They built him up as some sort of great communist hero.

Around that time, some of the prominent leftists in the Congress starting wooing Dhasal. They would invite him for dinner and drinks – imagine a man who could not easily get a square meal (he did not have a job), being taken to five star hotels?

There was confusion in the ranks. Our supporters started wondering what we stood for and whether we were straying from our principles. Dhasal started drifting away.

Yes, a very close friend. I saw his poetry much before others did. He was a world-class poet. Imagine, a man who did not go beyond class nine, grown up in a red light area, rough in his ways, but writing such great poetry. Of course members of the literary establishment gave him a big boost. There were many Reddish people among that group too. This is not a comment or a criticism – just a simple statement.

We went our separate ways, but I considered him my friend till the day he died. His name will always be counted among great poets.

How did this affect the Dalit Panthers?

There were other things happening too. Many Dalits who had become office bearers, especially in smaller villages and towns, started getting swayed by power. They began wheeling and dealing, getting involved in land deals, working closely with the administration. They lost their bearings.

In March 1977, we announced that the Dalit Panthers would cease to exist. We disbanded it. That was the end.

Dalit politics since then has undergone many changes. Today it looks without any direction, and there are so many different parties claiming to represent the Dalit voice. Why is this so?

The problem with Dalits is, everyone wants to be a leader. The moment a person becomes popular, he wants to lead his own outfit. There is no unity. For their own personal growth, they will tie up with anyone. They see it as a source of livelihood. This way you cannot fight for a cause.