'If Community Recognises Itself As ‘Dalit,’ How Can Court, Government Dictate Terms?' Mumbai: Acting on what it says is the direction of the Bombay high court, the Union information and broadcasting ministry has issued a letter advising media organisations to “refrain” from usage of the term ‘Dalit’. The high court’s observations were made in the form of a request to the Press Council of India on June 6, 2018 and there were reports soon after that the PCI was considering the court’s request.

Citing the high court, the I&B ministry has said: “It is accordingly advised that media may refrain from using the nomenclature ‘Dalit’ while referring to members belonging to Scheduled Castes, in compliance with the directions of the Hon’ble Bombay High Court, and the Constitutional term ‘Scheduled Caste’ in English and its appropriate translation in other national languages should alone be used for all official transaction.”

Two years ago, a 47-year-old social worker from Amravati district in Maharashtra had approached the Nagpur bench of the Bombay high court against usage of the term ‘Dalit’. His contention was that the term was “derogatory” and identified the community with its oppressed reality, and was not in anyway empowering. The petitioner, Pankaj Meshram of the organisation Bhim Shakti, invoked articles of the constitution to say government bodies must not use the term, arguing it is not legal nomenclature and only terms like Scheduled Castes and Scheduled Tribes should be used.

Meshram also asked the court to intervene on the term’s usage in the media. The Bombay high court agreed to his prayers.

When the PCI, which is a governing body for the media and set up for the purpose of “preserving the freedom of the press and of maintaining and improving the standards of newspapers and news agencies in India” issues guidelines, they have “moral sanction” but are not legally binding on media houses.

The PCI’s existing guidelines, last revised in 2010, make this clear. Curiously, one of the guidelines says, “Newspapers are advised against the use of word ‘Scheduled Caste’ or ‘Harijan’ which has been objected to by some.”

Meshram’s main aim, he says, was to fight for the “dignity of his community”. “The term means oppressed and broken in Hindi. Even its Oxford dictionary meaning is the same, it identifies the community with its living condition… almost stigmatising it. For the community which has had such a rich history of assertion and struggles, this term can in no sense define its journey for dignity,” says Meshram. His organisation Bhim Shakti, started by the former state social justice minister Chandrakant Handore, claims to be working for the community’s welfare across the state.

According to Meshram, the term ‘Dalit’ has only been used for the purpose of “electoral politics”. Meshram’s lawyer S.R. Narnaware had pointed to a past order from the National Commission for Scheduled Castes that had asked state governments not to use the word ‘Dalit’ in official documents, saying the term was “unconstitutional”. Meshram in his petition had also mentioned the Ministry of Social Justice and Empowerment’s decision to direct the Centre and states to stick to legal nomenclature and not use Dalit.

The two-page order passed by the high court has not given any reasons as to why the term can be termed derogatory, especially since it has been widely used by the community in their assertions. The bench comprising Justices B.P. Dharmadhikari and Z.A. Haq in its order last week observed that, “as [the] central government has issued necessary directions to its officers, we find that it can also issue suitable directions as per law to the respondent no. 2 (Press Council of India) and the media to refrain from using same word.” 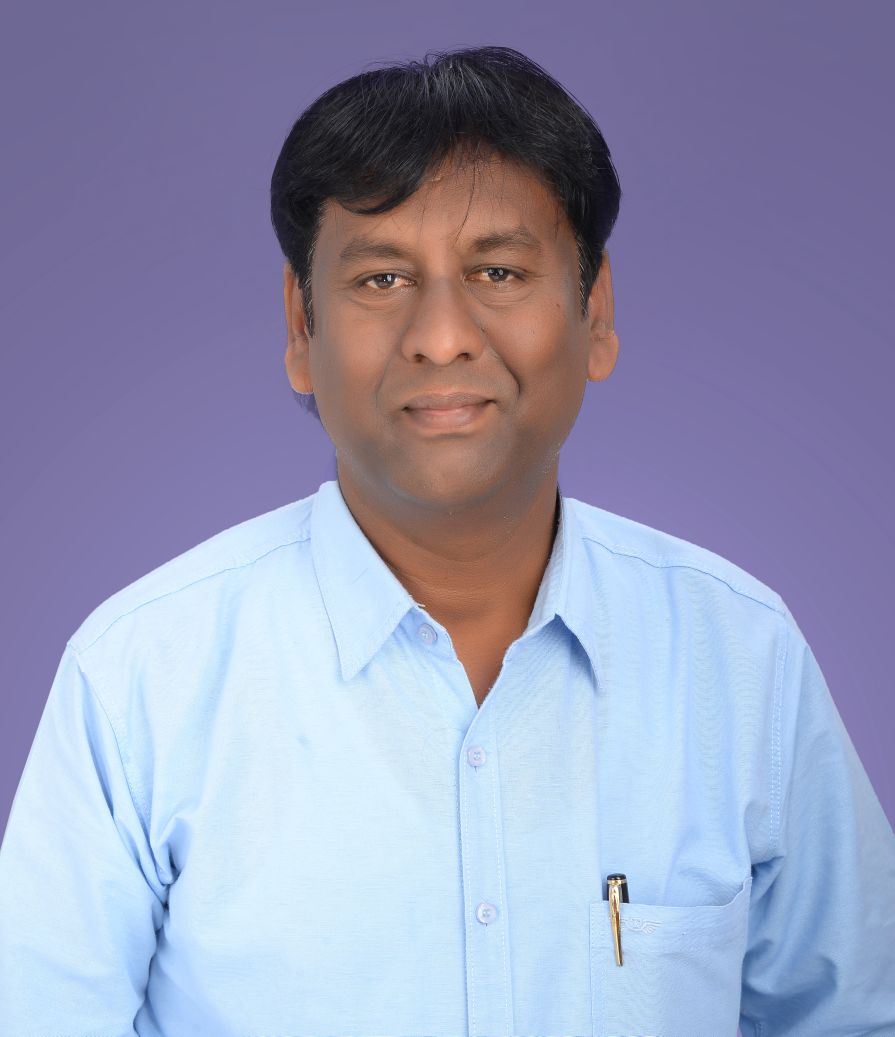 The term, which has gained wide currency both nationally and in international human rights discourse, has been in use at least since the 1930s. Its usage grew phenomenally in the 1970s, when a group of radical Dalit youth came together to form the Dalit Panthers, in line with the then-vibrant Black Panther of the US.

One of its founders, Namdeo Dhasal, had published the organisation’s manifesto in 1973 and given a wide definition to the term ‘Dalit’. He had defined ‘Dalit’ as including “members of the Scheduled Castes and Tribes, Neo-Buddhists, the working people, landless and poor peasants, women, and all those who are being exploited politically, economically and in the name of religion”. This definition was decided upon after members of the organisation debated and discussed the term for years, Dalit Panthers’ co-founder J.V. Pawar recalled. The meaning of the term has changed since then and the word is now mostly associated with people belonging to the “ex-untouchable” community.

The origin of the word is not really known, most scholars say. But since its coinage, the term has had both supporters and opponents. Its supporters have derived a positive identity from the term and used it for its emancipatory and assertive meaning, but there have been several like Meshram who have expressed their discomfort with the term.

Pawar, too, says the term did not achieve what it really was meant for. “Our organisation (Dalit Panthers) had intentionally defined the term widely, with several other oppressed communities added to it. But the term remained a narrow identifier of the community. We had tried to look for a term that does not identify us with our castes, but this word did over time become a mere caste identity,” Pawar told The Wire. He further added that nearly 45 years after the manifesto was drafted, he now prefers a more “inclusive and emancipatory term, Republican” and goes by the political identity “Ambedkarite”. “Any individual who believes in the constitutional word would be called a Republican. You could be someone from the so-called lower caste or a Brahmin,” he added.

Ambedkar himself had chosen “depressed classes” and “broken men” in his writings, even when the term Dalit existed and was sometimes used in social discourse.

Pawar, however, feels that the judiciary cannot define a term for the community. “If a community recognises itself with a certain term, how can the court dictate terms?” he asked.

Academic Kancha Ilaiah Shepherd agreed. “As far as I know [Dalit]has never been accepted as an administrative term. This term has gained a national acceptance and has acted as a unifying force between communities across the country. It has brought the community together across the states, irrespective of language and cultural differences. It has constructed a national identity for the community,” Ilaiah said.

Ilaiah, in his writings, uses the term ‘Dalit Bahujan’ which, he says, stands for the “suppressed, oppressed and the exploited”. Like Dalit, Bahujan stands for the “majority” and the two terms together, Ilaiah says, stand for the marginalised majority of this country including the SCs, STs and OBCs across religion.

The Bahujan Samaj Party in its party’s manifesto had used an umbrella term to include all disadvantaged communities, including the OBCs. Many critics have pointed out that the term Dalit and Bahujan cannot be used interchangeably, since the latter does not capture the lived experiences of the most oppressed and is mostly used for electoral politics. In an article in Round Table India, writer Karuppan points out that the term is “unviable” as not everyone among the “Bahujans” is working towards the annihilation of caste, the final goal of the anti-caste movement.

Ilaiah pointed out that term ‘Harijan’, which was used by M.K. Gandhi for the community, was vehemently opposed, and was dropped by the administrative machinery. “The judiciary did not play any role in this. It was between the community and the state. Never before did we have the courts telling us what terms should be used by a community in its process of self-identification. It is interesting to see how the judiciary in recent times has been responding to such petitions. Earlier it was the dilution of the Atrocities Act and now this,” he says, referring to the apex court’s ruling from March which diluted the law that protected the community.

Among political parties, the BJP and RSS appear to have taken a conscious decision to avoid using the term, presumably because of the political connotations it carries. They too have advocated that their own cadre use the term ‘Scheduled Caste’. Similarly, the Sangh uses ‘vanvasi’, of forest dweller, instead of adivasi, for tribal, as it contests the claim of unique indigeneity.

Well known academic and social activist Gail Omvedt, in her blog, points out that ‘Scheduled Caste’ is a legal term and as such it is neutral. “That may be acceptable, even at points preferable for textbooks. But for movements, for action, those who suffer the realities of caste oppression need a stronger and more assertive identity, something the cold and form “scheduled caste” terminology cannot provide.  This is provided, on the other hand, by the word “Dalit,” with its connotations of resistance and revolt,” she writes.

Note: This article has been edited to clarify that Press Council of India guidelines have “moral” force and are not legally enforceable.

This is an updated version of an article first published on June 15, 2018.