Can Local Forms of Oppression Spread Their Wings Across the Globe?

As more instances of discrimination are reported in countries such as the US and the UK, the caste system has now been globalised. 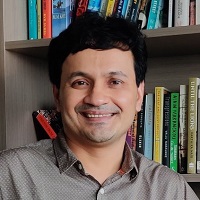 “One time in a bar in Atlanta,” Sujata Gidla writes in her intimate family history, Ants Among Elephants: An Untouchable Family and the Making of Modern India, “I told a guy I was untouchable, and he said, ‘Oh, but you are so touchable.’”

Gidla identifies as a Dalit, the social group subjected to the worst forms of caste oppression in India. Arriving in the US, Gidla felt that people here care about skin colour but not about birth status. She felt that she had left caste oppression behind in India.

But the social and political reformer B.R. Ambedkar had a very different prediction to make. “If Hindus migrate to other regions of the earth,” he had warned, “Indian caste would become a world problem.”

Recent history has proved Ambedkar right. The acceleration of modernity and globalisation has led to the global spread of caste oppression – most dangerously, to places where such oppression has scant social or legal recognition. The most recent high-profile legal accusation happened in June 2020 when California’s Department of Fair Employment and Housing charged Cisco Systems, Inc., accusing two senior Indian-origin managers of upper-caste background of discriminating against a Dalit engineer. 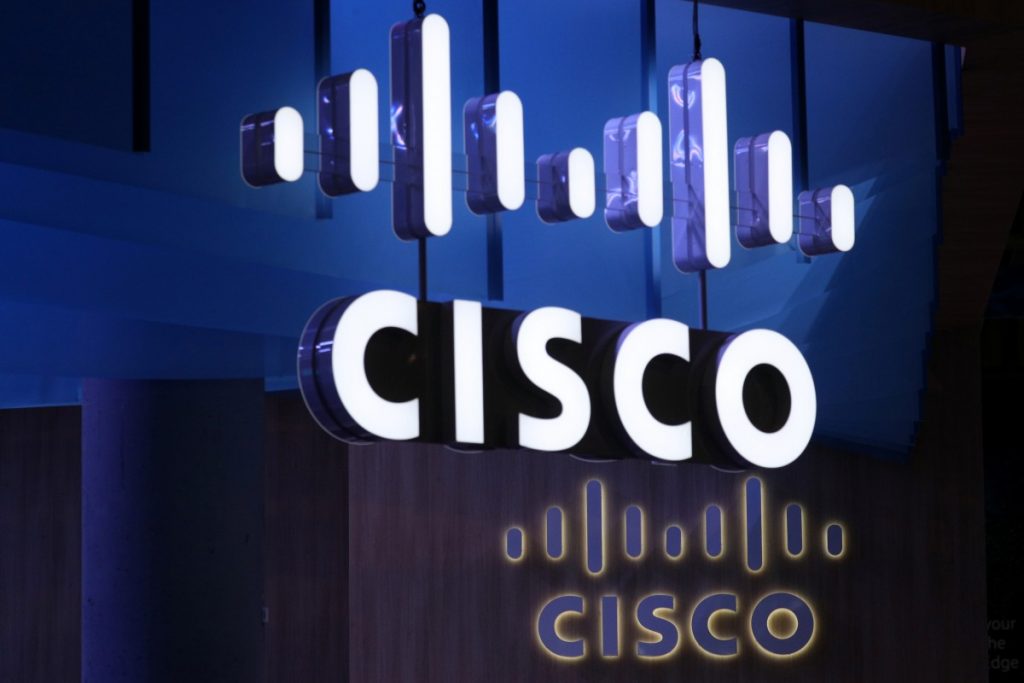 “In many ways,” argues Shubranshu Mishra, an Exeter-based academic, “this case bares open the proximity of upper-caste communities that aspire to whiteness and ally with white supremacy and thereby punctures the tendency to represent the South Asian diaspora as monolithic, homogenous and casteless.” And this was not the first time.

Mishra evokes the public consultation process initiated in 2010 in the House of Lords to make caste discrimination illegal in the UK, which finally led a reluctant government to legislate on caste, to amend the Equality Act in 2013 to consider ‘caste to be an aspect of race.’ But powerful Hindu lobbies (led by caste-privileged Hindus) created enough pressure on the government so that in 2018, the latter took the position that there was no need to provide ‘additional statutory protection in the Equality Act’, thereby deciding against legislating on caste discrimination in the UK.

The persisting invisibility of caste in the Anglo-American public sphere has helped to retain the claim that dominant caste achievements are pure instances of self-made success on part of a meritocratic model minority.

The foundation of such achievements – as well as the narratives about them – are institutions of higher education, whether in India or elsewhere. As the Indian diaspora begins the global replication of caste-structures, it becomes imperative that these structures are made legally visible and recognisable in universities worldwide.

Brandeis University set a crucial precedent when it announced last December that it would add to its nondiscrimination policy. As reported in Inside Higher Ed, 11% of Brandeis students identified as Asian, and 90 of the university’s 1,571 international students in 2018 were from India. Indians also make up one of the largest immigrant groups in the Boston area, where Brandeis is located.

Over the years, caste discrimination has gathered momentum to become a tangible issue in Indian-origin communities in the US and the UK. But for the most part, caste still lacks legal visibility and social clarity as a marker of oppression in these countries.

Predictably, caste-based violence is hard for law-enforcement to fully understand. Suraj Yengde, the author of Caste Matters, spoke to Religion News Service, an American news portal, about his experience being assaulted multiple times due to his caste-identity by fellow Indian students when he was a graduate student in Birmingham. But the police “just couldn’t understand it,” he said. “If there had been legislation that said ‘you cannot exercise caste-based discrimination,’ I would have gone and told them that this was basically a hate-filled crime.”

But a thing can exist even if it doesn’t have a name yet – and even if it hides in fear. A former engineering student in the Boston area told Religion News the story of how he was excluded from shared housing plans by his college roommates as soon as they found out of his “low” caste origin – but only on condition of anonymity for fear of retribution. Such retribution is something easy to imagine for someone whose social life is deeply rooted in the Indian community.

But caste is not just a matter of social capital; it has the potential to make or break careers. Before he died in August 2018, Rajkumar Kamble, a chemical engineer in Houston, who worked with Ambedkar International, a human rights organisation, shared the story of a student at the University of Alabama with WBGH News. The student was accepted into a doctoral science programme but was latter rejected by the lab director after he ran a “caste check” on the student’s background and found that he belonged to a “low” caste. The student decided not to go to court. In the absence of caste as a legal category of discrimination, it’s unlikely if anything would have changed if he did.

Brandeis is the first American university to add caste to its non-discrimination policy. “We want to be sure,” said the university’s chief diversity officer, Mark Brimhall-Vargas, “that we head that off before that ever would become a problem.” The university, which was founded as a haven for Jewish students at a time of rampant anti-Semitism, has experienced caste-based ostracism but no formal infraction such as the denial of a position. More than anything else, it has taken this step as a preventive measure.

Certain Hindu groups have responded with hostility to the recognition of caste as a possible criterion of discrimination. The Hindu American Foundation, a Washington, DC-based advocacy group has been pushing back against what it sees as a “deeply problematic” policy aimed at a “largely nonexistent problem”. They have protested that such policies are fraught with anti-Hindu bias.

I grew up adoring Saraswati, the Hindu goddess of learning. It was an aesthetic adoration – perhaps so much religious – that grew with my love for arts and literature. In her four hands, Saraswati holds a book, a rosary, a pot, and a musical instrument – the veena. There is no weapon in her hand.

The writer Kancha Ilaiah Shepherd recalls his mother’s terrifying words to the man who had come to their house asking she send her children to school.

“Saraswathi teaches the children of Bapanollu and Komatollu [Brahmins and traders],” she said, “but she becomes a devil when it comes to our children. She will not allow our children to read and write. She will kill them. That is how my elder son died.”

Kancha Ilaiah, an intellectual and activist, identifies as a Shudra – from the group that is the lowest in the Hindu caste-order, which included people traditionally kept out the privilege of education, dominated by the upper castes, notably, the Brahmins.

The fear of a killer-Saraswati entered the young boy’s nightmare. The goddess would appear as a female ghost from village lore, “in a white sari and a white blouse, with untied hair”, and young Kancha would wake up in the middle of the night and shout, “Ghost… Ghost… School… School…”

In my family, the lore of the goddess of learning was deep. When I was born, my grandmother wrote a poem where she called me, with a classic grandmotherly flourish of affection, “the god-son of Saraswati.”

Kancha Ilaiah’s grandmother, on the other hand, instilled the nightmare of the ghost-Saraswati in the young boy’s imagination. 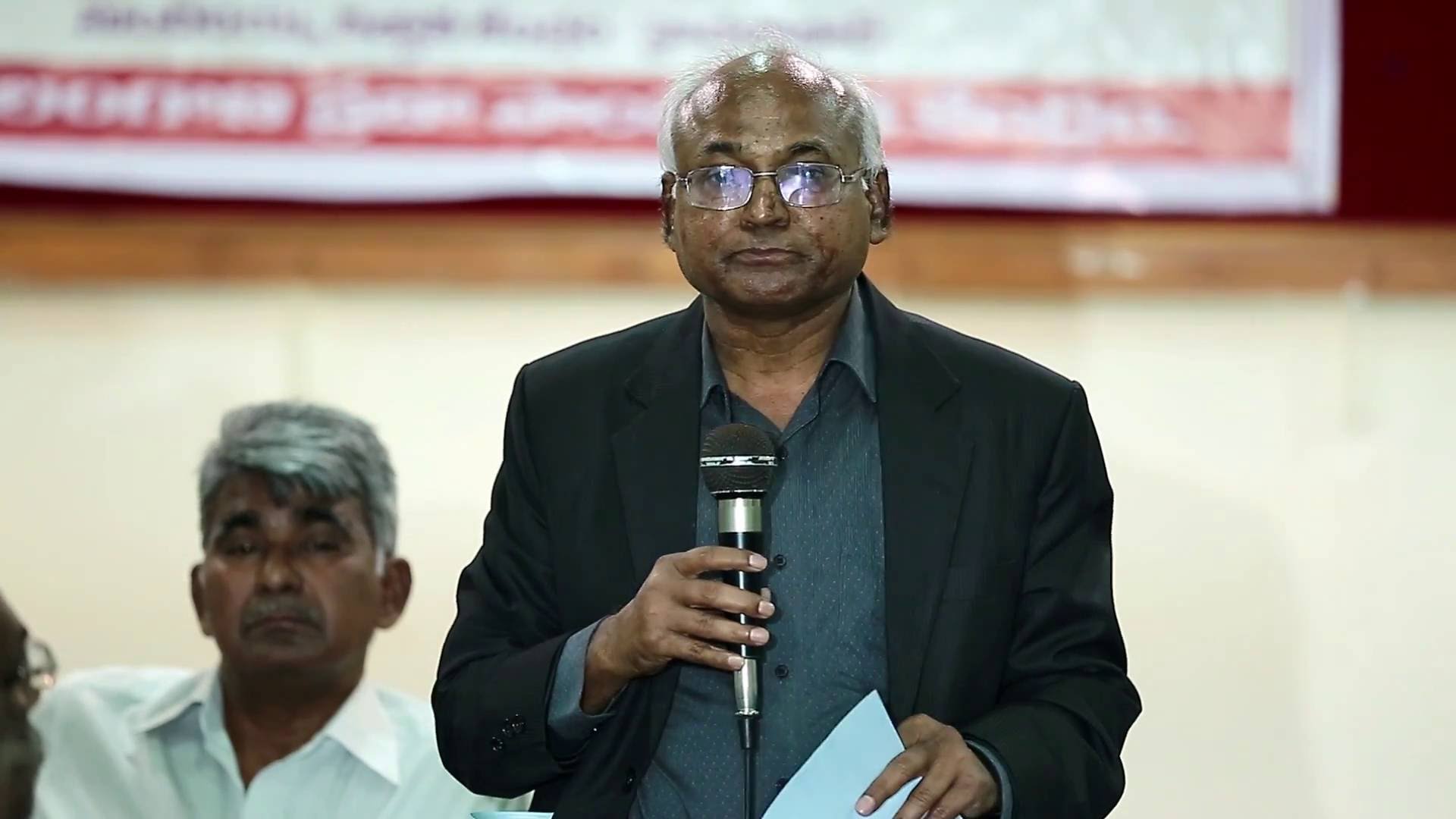 Caste discrimination in Western universities reveals the tip of an iceberg that one sees in its enormity across the landscape of Indian higher education. September 2020 saw the brutal rape and murder of a 19-year old Dalit woman in the village of Hathras in Uttar Pradesh. That indescribable act of violation is, too, on a fundamental level, a failure of Bildung, of the growth of some men as human beings. But in a more immediate sense, the killer-Saraswati of Kancha Ilaiah’s childhood nightmare continues to haunt the corridors of India’s colleges and universities, because one of the ceaselessly painful stories of Indian higher education is the way the nation continues to fail its caste-oppressed students.

“What does it mean,” Simple Rajrah wrote in anguish, “To lose Dr Payal Tadvi, Rajini Krish, Rohith Vemula, Senthil Kumar, Madari Venkatesh, and Aniket Ambhore, among countless others, to institutional murder?” All of these university students died by suicide and were from oppressed castes. Most of them, Rajrah pointed out, were first-generation learners including the so-called “untouchables”, whose very presence in premier institutes of higher education symbolises a defiant celebration of the powerful spirit in these communities in the face of endless cruelty, oppression, and hurdles put in place both by prejudiced individuals and an inconsiderate system.

India has a system of seat-reservations for caste identities classified as historically disadvantaged, but this is limited to public-funded institutions. The anthropologist Ajantha Subramanium points out that since the 1990s, there has been an expansion of private engineering colleges, which have also “become key sites of dominant caste technical science education.”

Both privatisation and corporatisation, she says, have helped to deepen structures of caste privilege and exclusion, nowhere more evident than in the IT industry where managerial positions tend to be monopolised by the dominant castes. Economic liberalisation has helped more deeply entrench caste hierarchies in education and employment within India. The same force has also led to the globalisation of caste discrimination, particularly in places where there is a high concentration of people of Indian origin, such as in the US and the UK.

Also Read: Caste in the UK: Denial of Discrimination Is Not the Solution

“Across time and culture,” writes Isabel Wilkerson, “The caste systems of three very different countries have stood out, each in their own way. The tragically accelerated, chilling and officially vanquished caste system of Nazi Germany. The lingering, millennia-long caste system of India. And the shape-shifting, unspoken, race-based caste pyramid in the US.”

Wilkerson argues that race and caste are neither identical nor mutually exclusive. “Caste is the bones, race the skin.” While race is more easily visible, in the skin, caste structures the scaffolding of society, holding groups in rigid spaces, revealing itself in subterranean behaviour patterns.

In the end, Wilkerson seems to believe that caste is the more exhaustive – and perhaps more insidious – force, which also helps her to explain social behaviour in the Jim Crow-era US. To explain it, she has argued, race is an insufficient category, while caste “was the more accurate term.”

The affinities between Dalit lives in India and Black lives in the US are both more pervasive and more complex than what has been imagined so far. Diversity debates in Western universities – especially those with significant Hindu populations – are, in one sense, an immediate necessity. But if Wilkerson is to be believed, the comparison is far larger – and in the end, inevitable, in Western imaginations of pluralistic and more inclusive models of institutions and society on the whole.

Saikat Majumdar’s books include the novels The Scent of God and The Firebird, and the nonfiction, College.