Building a Feminism That Centres the Voices of the Oppressed

The Savarna-led feminist discourse around #MeToo does not factor in the fear of abandonment, the risk of losing employment and the severe lack of support for Dalit women survivors.

Dalit women carry a portrait of Ambedkar as they block traffic during a protest in Ahmedabad. Credit: PTI/Files 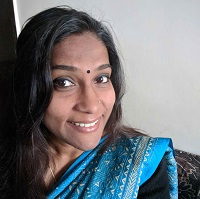 What do we understand when we identify ourselves as feminist?

The Wire’s Histories of Feminisms project is an attempt to emphasise that there is no linear or one way of understanding and experiencing feminism. Through a series of articles, The Wire draws your attention to some of the different narratives and debates that, over the decades, have come to define feminism. For instance, we recall the first generation of feminists in Kerala, the first women lawyers who surmounted formidable challenges to claim their rightful place in the legal system. We shine a light on women authors who pushed the boundaries of feminism in literature, bring before you the perspectives and experiences of feminist Dalit and Muslim women. We talk about how protagonists of many radical movements and uprisings in public memory are usually male.

Side by side, we bring you important debates around 19th-century cultural nationalism and gender reform, the discussions around sexual violence, the law and the MeToo movement.

Anyone following the Indian national news would know all about Priyanka Gandhi Vadra’s official entry into the Congress party, her striking resemblance to her grandmother and her love for handloom sarees.

Take a moment to contrast this with the news about Bahujan Samaj Party chief Mayawati. The media has relentlessly churned out stories of abuses and insults hurled at her. Recently, a woman Bharatiya Janata Party MLA from Uttar Pradesh referred to Mayawati, a powerful Dalit politician, as a “blot on womankind”, and said that she is “worse than a transgender person”. In the past, several others, including dominant caste women, have taken digs at her appearance, clothing, footwear and jewellery – and this always made it to national news.

This violent caricaturing done by and for the benefit of privileged folks is a reality for all oppressed communities, including Dalit women. Referring to Mayawati as someone who is ‘worse’ than a transgender person reeks of caste and transphobia. And this is one of the points of departure for anti-caste feminists from other Indian feminists.

The anger that we feel stems from a deep place within us, which perhaps holds unsettled scores for lives and limbs lost to caste atrocities. And this anger is further aggravated when ‘well-meaning’ individuals like Arundhati Roy and Nandini Krishnan stumble on their own prejudices, writing ersatz books on oppressed communities in the name of research and story-telling.

We are not okay with the brushing aside of Dalit women in conversations around #MeToo. This movement did not recognise caste power wielded by men to occupy top institutional positions, which, when combined with male privilege, makes it possible to abuse women employees. The Savarna-led discourse did not factor in the fear of abandonment, the risk of losing employment and the severe lack of support for Dalit women survivors.

The failure to extract an intersectional analysis, at this time, which is heralded as a great victory for women in India, is actually a sign of pathetic indifference. It has in many ways reinforced systemic hierarchies that exist within women in a society that is graded with caste lines. It is more than a denial and amounts to an epistemological erasure of Dalit women’s narratives.

This also raises questions about the toxic and unethical nature of online campaigns, which often don’t have a system in place to support survivors. Dalit women activists are anchored within the community with practical tools for survivor support. These are stories which remain untold, and it often requires a huge amount of energy to instil hope in the community. When Savarna champions for women’s rights occupy spaces, write, speak eloquently, receive awards and build their careers, it makes us Dalit women angry. It makes our experience invisible and obliterates our existence.

Anger is a powerful emotion. But our ancestors’ legacy shows that anger alone is insufficient to accelerate movements for social justice. For our foremothers, acts of resistance were deeply political. For example, in 1803 the powerful rebel Nangeli chopped off her breasts in anguish to protest against the mullakaram – a breast tax imposed on women from lower castes. This sign of dissent was against the tyranny of caste, which fuelled feudalism by ensuring that Nangeli’s community remained within the vicious cycle of poverty and the sanctioned sexual gaze over the bodies of Dalit women.

There was also Savitribai Phule, a gentlewoman on a mission that carried an extra saree to the school where she taught marginalised children. Walking to the school and back, people flung dung and dirt on her. But she was undeterred. Her political defiance to the oppressive social order is now history. The fact that you are reading this and I am writing this is a tribute to the revolutionary contribution that she made more than a hundred years ago.

From more recent times, we have role models like the militant Phoolan Devi brandishing her weapons, not to only to seek revenge against sexual violence by the dominant Rajputs but to ‘unsettle’ and disturb the status quo held by oppressive caste powers.

All of these women were surely angry; their responses to the deep agony of structural violence is vastly different from each other. It is in this, that we Dalit women have received immensely valuable lessons to steer our communities, our allies and ourselves.

Our history has taught us the myriad possibilities for liberation. Often we grope in desperate frustration, relentless in our struggles for the hope of a better day for all. We lean towards deciphering the beauty of anger and compassion intertwined together. Each of these is a powerful individual act of resistance, which has ushered in tremendous change for the community. This is the defining feature of the Dalit women’s movement. We rely on knowledge from within the community to teach us values and principles of being part of the struggle.

Today, we are proud to say that we are daughters of Dr B.R. Ambedkar who dared to imagine a world, which offers freedom to all women. In 1948, he fought for the Hindu Code Bill. He was trying to save women from Brahmanical patriarchy, which, quite simply put, is the vile clasp of Brahmins over women’s body and agency.

Also read: Dalit Women in Corporate India are Being Left Behind

When Ambedkar said that the progress of a society can only be measured on the basis of the progress which women have made, it was indicative that his expansive view was not limited to women from his own caste. Contemporary feminist movements have failed to recognise this fact. Therefore, there is a freezing of discourse when the feminist movement is confronted with the exclusion of any category of woman other than dominant caste Hindu woman – the Dalit woman, the Adivasi woman, the Christian nuns protesting against sexual violence, the Muslim woman or the transwoman across caste.

Anti-caste feminism was/is never static. The dynamic nature of our assertions is rooted in our radical history. Our dreams for the future are collective, one in which constant learning and unlearning is essential to create new paths for our liberation.

Dalit women fully comprehend the impact of caste hierarchy on our families; including the men. We have sensed the helplessness of a father battling against injustice on his daughter, we have wept at the tragic loss of our brother Rohith, we cannot stop mourning the violent deaths of our brothers Ilavarsan, Pranay and several others who have been rendered powerless by caste.

On the one hand we simply embrace each other and fight to be free from the shackles of caste. Confronting patriarchy in our households and our movements is an internal process; evident in our daily lives. Dalit women have resisted support from dominant caste women who are hasty in criminalising men from marginalised communities, meanwhile complicit in caste violence by offering protection to men from their castes.

Our feminism is intertwined with our battle for freedom from all forms of exploitation, and hence we denounce the hypocrisy of toxic call-out cultures, playing mediatory roles and unchecked caste privilege, which strengthens structural exploitation.

Anti-caste feminism recognises this need for collective action against cis-Brahmanical patriarchy, which enslaves all those who do not fit into the notions of purity as described in the Hindu shastras. This is precisely what brings us, Dalit women, closer to the reality of oppressed communities, discriminated against on the basis of race, ethnicity, sexuality, disability etc.

Acknowledging these intersections is one thing and appropriating them is another. Dalit women are standing in genuine solidarity with these communities but never trampling over their independent assertions. Drawing similarities, sharing histories of oppression and unearthing structural analyses are important to build strategies that truly work for communities. Mere sympathy in the name of ‘solidarity’ runs the risk of creating voyeuristic victim narratives.

As Dalit women, we are also constantly unpacking our privileges of class, access to the English language, technology and mobility. We see no reason to feel guilty about it, because a history of oppression of thousands of years requires representation and articulation to ensure our voices are heard. We are fully aware of it and hence we will write, we will speak and we will occupy spaces that were always denied to us.

It is not an easy road for us, without the caste privilege of surnames, access to ancestral wealth and a lineage that brings with it resources and networks. The severe lack of personal and institutional resources is challenging, but we continue to support each other and organise.

Today, the need to define Dalit feminism separately is becoming redundant. An Ambedkarite feminist standpoint forms the core of the sane voices that dream of security, happiness and freedom for all. It is increasingly evident that centring the voices of Dalit women and other oppressed communities by establishing genuine camaraderie to combat Brahmanical class based hetero-patriarchy is the only way to ensure that everyone, from the margins to the centre, is able to enjoy equality and freedom.

The sooner we all learn this, the better it is for us all.

Asha Kowtal is general secretary of the All India Dalit Mahila Adhikar Manch.