Over years of engaging from the grassroots to the global level, Dalit feminists have helped unravel wider conversations around oppression and discrimination. 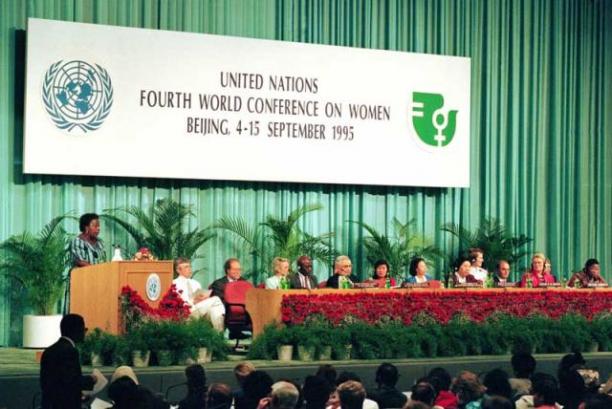 This day 25 years ago, August 11, 1995, a devadasi woman, Yellamma, travelled from Raichur district in Karnataka to Delhi to be part of a historic event. In the presence of over a thousand Dalit women, Yellamma lit the inaugural lamp to establish a pan-India network, the National Federation of Dalit Women (NFDW), thereby lending her voice and activism to what would lay the foundations for the collective assertion of Dalit women’s identity, rights and politics. For the first time in history, Dalit women articulated a shared and formidable vision for their liberation and empowerment.

NFDW’s work had begun a decade earlier to this, when in 1985, a founding member, Dr Ruth Manorama carried out a comparative analysis of Black women in the US and Dalit women in India. She noted how, despite the inherent similarities of the socio-economic and political conditions of the women in both communities, there were some critical differences. In India, Dalit women faced the heinous practice of ‘untouchability’ and faced other discriminatory practices such as the ‘devadasi system’ and ‘manual scavenging’.

She identified these practices as “organised crimes” against Dalit women, which in principle were similar to the structural discrimination and systemic violence that Black women faced. Manorama subsequently conceptualised the term “triple-alienated” or “thrice discriminated” on the basis of class, caste and gender to reflect the lived realities of Dalit women. She refers to Dalit women as “Dalits among Dalits”.

Also read: Building a Feminism That Centres the Voices of the Oppressed

African-American feminists at the time were articulating their exclusion from antiracist and feminist theory and praxis. This resonated with Dalit women’s experience of being marginalised by both the Indian women’s movement as well as the anti-caste movement in the country. In 1987, Dalit women and scholars from across the country gathered in a conference on International Women’s Day in Bangalore.

Afro-American feminist, Jeane Zindab, who was then working in Geneva on a programme on ‘Racism, Ethnicity and Indigenous Peoples’, participated. Parallels were drawn between Dalit and Black women’s lives and an international sisterhood and solidarity network was established. Thereafter, Dalit women’s groups spearheaded by leaders including Jyoti Lanjewar, Jyothi Raj, Prema Shantakumari, Rajni Tilak and Vimal Thorat, among others, began convening at the state and regional levels across the country.

In 1993, in the run-up to the Fourth UN World Conference on Women to be held in Beijing, 1995, progressive donors in India came together and decided that women needed to be mobilised in large numbers to participate meaningfully in the conference. A ‘Coordination Unit’ and an ‘Advisory Group’, representing women’s rights activists and feminist scholars, was set up to facilitate this process. NFDW was represented in the Advisory Group. Dalit women recognised the conference as an opportunity to share their experience of societal indignation and foreground their issues and rights.

The Coordination Unit was tasked with anchoring consultative processes across the country. This led to decentralised and inclusive processes and an unprecedented mobilisation of grassroots women activists. Within just over a year, several hundred meetings, consultations and workshops were held across the country on a wide range of issues, impacting women’s lives. Women, especially from marginalised communities, shared their inputs around the “12 critical areas of concern”, such as education, health, violence against women, economy, decision making, armed conflict, media, among others, to be discussed at Beijing. These then fed into the deliberations not only for the main UN conference but also for the NGO Forum at Huairou, China which was to run parallel to the UN conference.

Preparing for the conference, Dalit women organised a ‘Public Hearing on Atrocities Against Dalits’ in March 1994. Janki, an elderly Dalit woman forced into prostitution, remarked, “nothing can stop prostitution, not police raids, no check-posts on borders, no protective homes, not even pensions for widows. Buy us freedom; give us land, only land. It is this land, these green fields, which will protect our girls. Nothing else can.” Through the testimonies presented in the hearing, it was evident that the atrocities against Dalit women were not isolated instances of crime but a result of systemic caste-based violence, which NFDW argued were “crimes against humanity”.

Professor Kumud Pawade, a Sanskrit pandita and founding member of NFDW, said “we wanted to change our humiliating reality as our dignity and rights were consistently denied and violated, primarily due to the apathy of the state in implementing laws that are meant to safeguard us. Therefore, building solidarity with other oppressed groups and engaging with the international community, was one of NFDW’s central goals.”

Consequently, on August 11, 1995, NFDW was officially established. Several grassroots leaders, community organisers, devadasis, manual scavengers, domestic workers, academics and intellectuals came together on one platform for what they heralded as “transforming pain into power”. They highlighted that a “Dalit woman is feminist, non-brahminical, non-patriarchal, and positively oriented towards ecology”.

As a result of the grassroots mobilisation and consultative processes organised since 1993, a delegation of over 250 women, out of which 80 were Dalit women, went from India to China to participate in the Fourth UN World Conference on Women held from September 4-15, 1995 at Beijing. There were 17,000 participants at the UN conference, and the parallel NGO Forum held in Huairou, drew over 30,000 women’s rights activities from across the globe.

At the NGO Forum, members NFDW highlighted their struggles which they argued were a clear abrogation of the principles set forth in the Constitution of India, the Universal Declaration of Human Rights and the Convention on the Elimination of All Forms of Discrimination Against Women. NFDW’s presentation at the Forum “constructed equivalences and made analogies between caste-based discrimination and more internationally visible forms of discrimination, such as racism, stating for example, that racial discrimination on the basis of the caste system is probably the longest surviving hierarchal system in existence in the world today”.

NFDW members placed their struggles to eliminate caste discrimination within the scope of global social justice movements. Therefore, the conference is of historical significance to Dalit women as it presented them an international platform to collectively assert their rights and validate their struggles. The conference enabled them to connect and forge alliances with other Dalit women’s organisations from across South Asia and extended their solidarities to marginalised women from Latin America, Pacific Islands, Africa and Europe. These groups collectively advocated with governments and significantly contributed to the conference’s outcome document, the ‘Beijing Platform for Action’ (BPfA), which till date is the “most progressive global policy for the advancement of women’s human rights”.

The BPfA laid the roadmap for ‘gender mainstreaming’ in public policies, recognising the distinct disadvantages faced by women from marginalised communities. It “set strategic objectives and actions for the achievement of gender equality in 12 critical areas of concern” and reiterated that it is the state’s obligation to protect the human rights of women. The Beijing Declaration commits the 189 member states “unreservedly” to the principle of the equality of women and men and to the full realisation of all human rights for all women.

Dr Meera Velayudhan, president, Indian Association for Women’s Studies and a member of NFDW since its inception, said, “The Beijing conference and post Beijing saw the Dalit women’s movement impacting the feminist and other women’s movements in India in that there was a widening of the concept of justice, be it in law, in notions of poverty, resource access and ownership – land and other natural resources, in the definition of development itself, nationally and in UN and other international conventions. This has, 25 years later, evolved into a context where newer generation of Dalit women leaders have emerged and where an understanding of intersectionalities of categories of caste, class, ethnicities, etc. are leading to more broad based women’s struggles and alliance building.”

Also read: Dalit Women Had a Conference. Now What?

Today, we are reminded of the history of NFDW in the light of the ‘Black Lives Matter’ struggles being centre-staged globally, and as its 25th anniversary aligns with the 25th anniversary of the Beijing Conference. Over years of engaging from the grassroots to the global level, Dalit feminists have helped unravel wider conversations around oppression and discrimination. They have strengthened the global feminist discourse as well as helped place ‘discrimination based on work and descent’, on par with racial discrimination.

Their resistance and activism, despite the multiple forms of marginalisation they continue to face have inspired women from other marginalised communities to assert their human rights, underscoring that their lives also matter! Babasaheb Ambedkar, famously said, “Let the Caravan march on and further on, despite the hurdles, pitfalls and difficulties that may come in its way”. Young Dalit women will take forward the struggles and lead the march in attaining “Equality, Development and Peace” in the years to come…

Priyanka Samy is a member of the National Federation of Dalit Women and can be reached on Twitter @PriyankaSamy.