'Bizarre, Concocted Theories': The Many Holes in the Case Against Anand Teltumbde

Facing imminent arrest, Teltumbde and his defenders say the case against him and nine other activists and lawyers stands on 'flimsy' grounds and is a 'clear conspiracy to defame anti-caste political leaders'. 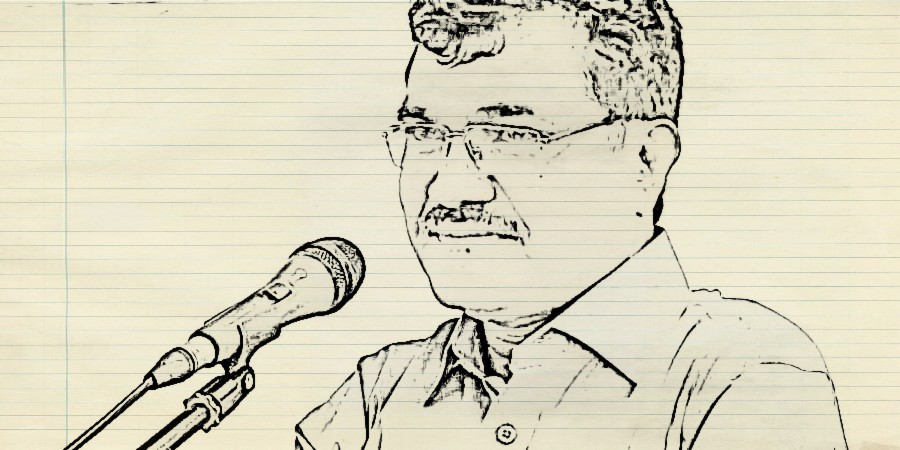 Mumbai: On January 14, the Supreme Court of India refused to quash the FIR filed against civil rights activist and an Indian Institute of Management-alumnus Anand Teltumbde for his alleged role as an “urban Naxal”. This decision of the apex court has made Teltumbde susceptible to arrest, clubbing him together with nine other human rights activists and lawyers who are presently in prison.

Teltumbde, along with other accused, is booked under two charges – for allegedly plotting to assassinate prime minister Narendra Modi, and for allegedly inciting mob violence on the Dalits who had visited Bhima Koregaon on January 1 last year.

If Teltumbde does not manage to secure anticipatory bail from the court over the next four weeks – the protection provided to him by the SC against the police action – going by what the Pune police indicated, his arrest is inevitable.

Teltumbde, an IIM alumnus and an anti-caste scholar, says although he has been having sleepless nights for the past months since his name came up in the controversy. The bizarreness of the charges the state has levelled against him have both amused and shaken him.

“They (the police) have presented concocted theories since day one. These theories have not an iota of truth in them and will never be proved,” he says.

But the intention was never to prove a case against me or any of the 14 others named in the FIR by the police, he says. “One can see it in the way the police have gone on with a witch-hunt against other activists and me. A multi-state police action was launched against us. Our houses were raided, frenzy was whipped across the nation. And all this was done without bringing on record a single piece of substantive evidence against me or anyone,” he says.

Other arrested, but yet to be chargesheeted, include senior lawyer and academic Sudha Bharadwaj, prison rights activist Vernon Gonsalves and Arun Feriera and Telegu poet and activist Vara Vara Rao. Each of the arrested persons have been active in the public life, have decades of human rights work to their credit and have been critical of the present dispensation.

While the chargesheet mentions sections of the Unlawful Activities (Prevention) Act and accuses the five persons of hatching a conspiracy to target Prime Minister Modi and of inciting violence at Bhima Koregaon on January 1, 2018, it falls short of elaborating the nature of crime the accused were involved in in order to execute the conspiracy. Instead, the focus appears to be on proving that the arrested persons and others are members of the banned CPI- Maoist group. This too has been done through letters of a questionable nature which the police claimed to have discovered at the time of the investigations.

The police rely on the alleged letters and trails of emails allegedly exchanged between the arrested accused and some “fugitive Naxal leaders”. But these letters also do not mention Teltumbde as someone involved in the conspiracy. Teltumbde says one of these exchanges has a mention of someone called “Comrade Anand”.

“Either the police are too naïve or thinks it will get away with something so flimsy to prove its case,” he says.

Lawyer Nihalsingh Rathod, who has been defending the accused persons, both in the trial court and the higher courts, too feels, the police have only made wild insinuations and have not brought a single piece of evidence to back its claims. The Pune police is soon expected to file a supplementary chargesheet in the case.

Talking about the charges against Teltumbde, Shivaji Pawar, assistant commissioner of police and the chief investigating officer in the case said that they are waiting for the four weeks’ time to get over to decide on Teltumbde’s arrest. “Right now, we are waiting for the four weeks protection period to get over. We will proceed only after that,” Pawar told The Wire.

Besides the legal aspect, Teltumbde feels the state has underestimated the anti-caste movement in India. “But the support I have garnered since past few days both within and outside the country is overwhelming. I am sure the common public too knows of the unfair means used to implicate critical anti- government voices in false cases,” he adds.

Teltumbde is a known academic and considered an important voice in the anti-caste discourse. Last year, soon after the violence broke out at Bhima Koregaon and thousands of Ambedkarites, mostly belonging to the Dalit community, were injured in the violence, Teltumbde authored an article for The Wire where he called the battle of Bhima Koregaon and the celebrations around it “a myth”.

Prakash Ambedkar, a senior political leader and founder of the BHARIP Bahujan Mahasangh, says it is ironical how the police have not bothered to look into something so basic.

“If the police were really investigating into the crime, and their (Teltumbde and others who are accused) roles in the violence, they would have first tried to understand what Naxalism is. Even if one were to assume for a moment that Teltumbde is a part of the Maoist movement and has a role to play in the alleged crime, would not his writings and public stand be considered affront to the party ideology?” asks Ambedkar. Ambedkar, who is related to Teltumbde (Teltumbde is married to Ambedkar’s sister), says the two have always differed in their political views.

Ambedkar points at the desperate attempt made by the state by instilling a “fear of the naxals” in the state. “The government has failed miserably and as the elections are nearing, they are looking to create an atmosphere of fear in the state. But what they don’t understand is the anger that is brimming in the minds of the oppressed across the country.” Teltumbde says if the police were to arrest him, it would lead to a backlash both nationally and internationally.

Also Read: The Myth of Bhima Koregaon Reinforces the Identities It Seeks to Transcend

“And all this is happening just a few months before the general elections. Whoever is advising the government has clearly underestimated the voters,” he feels.

Priyadarshi Telang, a senior social activist and lawyer from Maharashtra compared this case and the state’s move to the 2006 caste murder in Khairlanji. “An entire family was wiped off by caste Hindus in the village in Bhandara district of the state. It led to mass mobilisation and several thousands poured to street demanding justice. The UPA government, instead, branded them all as Naxals, and booked several hundred under false charges. They were all accused of trying to destabalise the government. Every time the Dalit community has fought for justice, the state has responded violently,” Telang said.

After the violence at Bhima Koregaon in 2018 and the subsequent protests across Maharashtra, the state government had booked several youth under the charges of rioting and unlawful assembly. Those cases, despite chief minister Devendra Fadnavis’ assurances, are yet to be withdrawn. Telang says the state is intentionally keeping those who were booked in a state of constant fear.

Ambedkar concurs with Telang’s views. Ambedkar’s BHARIP, along with the Asaduddin Owaisi-led All India Majlis-e-Ittehadul Muslimeen (AIMIM), has been actively campaigning across the state and is seen to be emerging as a formidable force.

“(Narendra) Modi is afraid that a strong anti-government voice is organising itself across the country and the oppressed community is at the forefront. In Maharashtra, he and the CM (Devendra Fadnavis) are having sleepless nights seeing the support that BHARIP has garnered. It is a clear conspiracy to defame anti-caste political leaders,” Ambedkar says.

“But the Bahujans and the Muslims have come together this time against this regime. Any step taken against the oppressed community is going to only going to harm the government,” he further adds.