Yes, Mr Anil Agarwal, Business Does Need to be Kept Away From Politics

A generous donor to BJP, Congress and UK's Conservative Party, the Vedanta Chairman's statements fail to address charges of key environmental, legal and human rights violations by his group. 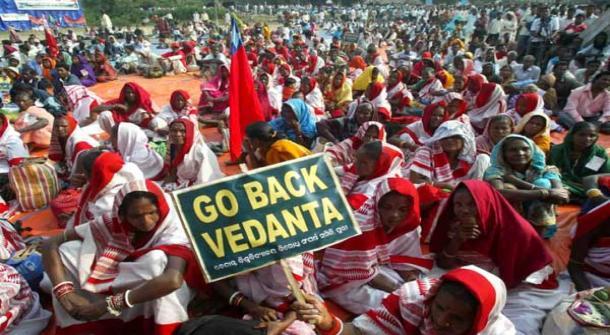 Hours before the Tamil Nadu government issued a feebly worded and legally shaky order to permanently close the controversial copper smelting plant owned and operated by Vedanta Ltd. in Thoothukudi, The Economic Times published an interview with its founder and chairman Anil Agarwal.

In Thoothukudi, state police had resorted to violence, killing 13 people in firing on May 22 and 23, injuring more than 65 others, illegally detaining and even torturing several more in the days that followed and continuing to arrest and terrorise the organisers involved in the mobilisation of the protest against Sterlite.

As public anger and horror grew against the Tamil Nadu and Central governments, it brought increased scrutiny on Vedanta’s copper smelting unit. The Tamil Nadu government which had not responded to 100 days of protests before the firing at unarmed protesters, acted through the Tamil Nadu Pollution Control Board (TNPCB) and made a show of severing supply of electricity and water to the Sterlite plant on May 23.

On the same day, the Madurai bench of the Madras high court also ordered a stay on the second phase of expansion of the plant and directed that Sterlite conduct public hearings.

It was in this political climate that Agarwal gave an interview to The Economic Times, a task normally reserved for Sterlite CEO P. Ramnath.

The interview itself largely echoed Sterlite’s own press releases, except in a few instances, such as when the Vedanta boss says “Right from day one, I have been saying this that this happens only in India. All the time, people take advantage of our democracy”.

This is a revealing statement from a corporate head who is unusual in that his plans have been thwarted by widespread public opposition more than once in India, Sterlite’s effective closure being the latest.

This not only reflects Agarwal’s own contempt for real democracy where people demand that the representatives elected by them respond to their concerns, but also raises the question if “this”, as he says, “happens only in India”.

For example, could one imagine the London Metropolitan Police using the UK version of the L1A1 Self-Loading Rifle that the India police used to indiscriminately kill? Would the British public have accepted the use of weapons of war to put down the 2011 London riots, let alone against a publicised protest against a private company which had been hitherto peaceful?

Since even John McDonnell, the UK Labour Party’s shadow chancellor, condemned the killings that happened in Thoothukudi and called for Vedanta to be delisted from the London Stock Exchange, Prime Minister Theresa May would not have been able to completely ignore the state murder of 13 people and a movement against a polluter, had these taken place inside the United Kingdom, as Prime Minister Narendra Modi has done.

The agitation against Sterlite Copper in Thoothukudi is not new. In what The Hindu says was the earliest protest, on March 20, 1996 a ship carrying copper ore for Sterlite was besieged by 500 fishermen who refused to let it dock. Many in Thoothukudi believe that the caste riots which rocked the district in July 1995 were manufactured to subvert opposition to the construction of the plant which had just begun.

However, the recent protests have been remarkable in bringing together people across caste, political, religious and even class barriers. What began in Kumareddiyapuram in mid-February soon spread to the neighbouring villages. In every village people gathered under a tree with banners and placards voicing their opposition to Sterlite. Family members took turns to be present for the protests and when the schools were closed during the weekends and for the summer children joined in. March 24 saw a complete shutdown in Thoothukudi, with the support of several traders associations, fishing communities, salt-pan workers and some transport workers and in the evening hundreds of thousands marched on the streets and pictures of the huge rally made waves on social media.

Marquees also sprang up in many neighbourhoods inside Thoothukudi city like Millerpuram, Third Mile and Fathima nagar, with many participating in daily sit-ins.

In the 100 days of protests, there were fasts, human chains, numerous petitions and rallies to the office of the TNPCB and the collectorate, courts were approached and once TNPCB rejected to issue consent to operate (CTO) to the plant, trucks bringing in copper ore were blocked and forced to store the materials elsewhere. There was a unanimous decision to keep political parties and organisations away from the protests and not to project any person or persons as leading them.

It was a truly grassroots mobilisation and arguably the first of its kind in post independence India. After more than two decades of betrayal by state institutions — regulatory bodies, governments and courts, a brutal attempt to crush protests has thrown the spotlight on the injustice meted out to Thoothukudi and forced the state government into damage control mode.

As minister Kadambur Raju, the first state government representative to visit Thoothukudi after the deadly events, discovered to his humiliation, the public was well-informed, indignant at the conduct of the politicians, police and other public officials and did not mince their words.

This is presumably what Vedanta’s Agarwal finds objectionable and in a rare moment of honesty his statement betrays the “passionate hatred elites have for democracy”, as American thinker Noam Chomsky says.

In another stunningly hypocritical pronouncement, Agarwal also said “we need to keep business away from politics”. 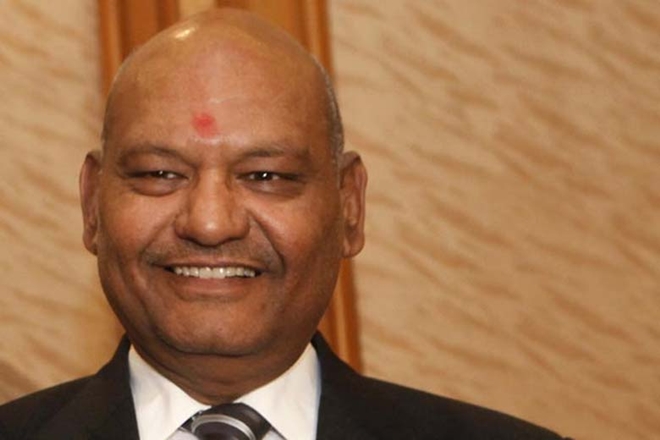 In 2013-14, BJP received Rs 22.5 crore from all Vedanta subsidiaries, of which Rs 15 crore was just from Sterlite Industries.Anil Agarwal. Credit: Reuters Files

Vedanta has contributed generously to both the Congress and the BJP in violation of laws which were later amended to legalise past and future donations. Just in 2013-14, BJP received Rs 22.5 crore from all Vedanta subsidiaries, of which Rs 15 crore was just from Sterlite Industries. Agarwal himself is donor to the ruling Conservative Party in the UK, having donated £103,673 or approximately Rs 0.93 crore just between December 2015 and May 2017. Clearly, whether it is mixing business with politics or influencing democratic processes, the Vendanta boss believes that he and the ordinary public should play by different rules.

There is a streak of nationalism which runs through the entire exchange that serves to smear anyone who supports the protestors. Agarwal tells the interviewers “The people who make copper will be relishing that they can now use our country as their market” and alludes to “vested” and “foreign” interests while completely overlooking the fact that Vedanta Resources is headquartered in the UK and not in India.

He also charges that anti-social elements were masquerading as activists, which is also the contention of the Edappadi Palanisamy government and actor Rajinikanth. This is also a common accusation laid on every public protest against industry, one that never requires proof but accomplishes its goal of tarnishing any campaign.

Whether it is Niyamgiri or Thoothukudi, Vedanta wants to isolate impacted communities and stifle their voices from being magnified by environmentalists, activists and other members of the public. After all, what chance do tribals and poor agricultural and fishing communities have against the combined might of a mining behemoth and state and Union governments without the solidarity from fellow citizens?

The interview itself did not address important environmental and legal violations which have been raised in the recent months and there were no follow-up questions. When a questioner omits to bring up pertinent issues, does not challenge damaging accusations made without proof or rebut falsehoods, one has to wonder what purpose these interviews eventually serve.

Perhaps, it is time for aggressive interviews with industrialists whose businesses have been accused of human rights violations and accord more space for the voices of the affected.

Lois Sofia is studying mathematics in Canada and tweets at @Red_Pastures.