Will Modi’s Attempt to Turn Air India into a Professional Organisation Work?

The biggest argument against the likelihood of a quick turnaround is the fact that anybody who is somebody in the Indian commercial air travel industry is losing money. 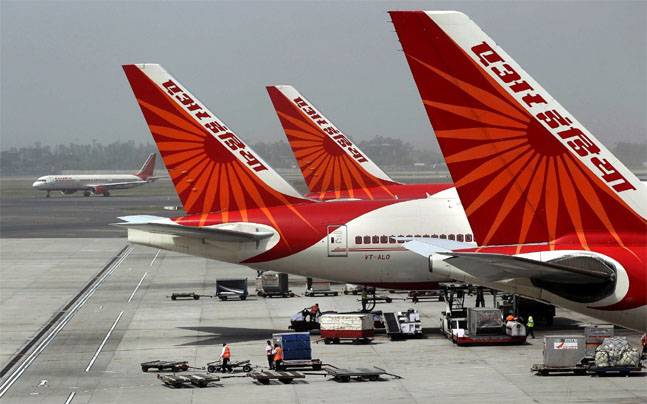 Earlier this year, the government failed to privatise Air India when its offer to offload its 76% stake in it drew a blank. Thereafter, the Niti Aayog advised the government to first turn the national carrier around and then sell it to get a decent price.

A recent report in Business Standard, quoting unnamed government sources, carries a fairly detailed account of what the Centre wishes to do to turn Air India around.

The idea is to give it an autonomous board and empower it suitably, thus enabling it to put in place a professional management. The board already has the benefit of the advice of top industrialists who are independent directors.

The aim will be to ensure that the suitably empowered autonomous board will get the company to stop making cash losses and therefore not need further government cash support beyond the current financial year. This is sorely needed because, over the five year period from 2012 to 2017, the carrier has posted a massive loss of Rs 27,000 crore and received capital infusion (cash to keep it going) totalling almost Rs 24,000 crore.

On the face of it, the autonomy proposed for Air India is impressive. The board will get extensive powers, akin to what a Navratna enterprise gets, which normally a loss making enterprise does not. The board will be able to decide on capital expenditure, like buying aircraft, raising funds by collateralising assets and also selling assets like prime real estate and reducing staff strength through voluntary separation.

Also read: Piece by Piece, the Political Privatisation of Air India is Underway

The brief to the board will be to put in place a professional management with the chairman and chief executive leaving day to day operations in the hands of a professional chief operating officer, brought in from outside. The aim will be to get several top-level managers from outside by paying them market-level compensation.

This is unexceptionable, conventional wisdom. With nobody willing to buy the long-term loss-maker, the government needed to have at least on paper a credible plan to turn the organisation around and justify putting more cash into it. Without the last, the organisation would go belly up as IL&FS has just done.

With elections just around the corner and nobody knowing what view the next government will take, there seems to be no reason to expect well-regarded private sector professionals to join the carrier and risk their CVs. Only those willing to take a risk to make a name as a successful turnaround specialist will think of joining the organisation.

Even assuming that a few capable managers join, it is wide open how long the board will be able to exercise the autonomy that it will be given to begin with. The railways has a reputed professional at the top, but the grapevine has it that he has little space to operate in on his own.

The biggest argument against the likelihood of a quick turnaround is the fact that anybody who is somebody in the Indian commercial air travel industry is losing money.

Sensible, well-meaning people in the government have in the past come up with ideas to professionally run public sector organisations. But reality soon catches up, with politicians wanting to have their say and the ever-obliging civil servants showing them how it can be done, and in the process, furthering their own agenda. The best recent example of this is the Banks Board Bureau set up to professionalise public sector banks, which came to nothing.

Perhaps the most unrealistic aspect is to expect Air India to stop bleeding and so need no more government cash in a few months’ time (end of the current financial year). It will only be realistic to assume that the financial year will be virtually over by the time the proposed new system is put in place.

The biggest argument against the likelihood of a quick turnaround is the fact that anybody who is somebody in the Indian commercial air travel industry is losing money. The front-runner, IndiGo, has reported a sharp fall in net profit in the last quarter. The turnaround story in Spice Jet has hit a bump, with the airline reporting in the red last quarter.

As for Jet Airways, a former brand leader, the less said the better. Its employees consider themselves lucky every time they get their next salary.

India’s carriers are losing money for a simple reason – they are fighting for market share. During periods like these, costs are cut to the bone, prices (fares) are kept highly affordable and only the players with deep pockets are able to survive.

Also read: Derailment of the Indian Railways Is Underway, Helped by a Dose of Opacity

This is a great time for the air traveler. The government should also do everything it can so as to help airlines link up the entire country in as wide a network as possible. This will do wonders for the ease of doing business in India.

There should also be a public discourse on whether it is important in the national interest to have a state-owned carrier. Commercial air travel is not systemically important the same way as the financial sector is. A case can be made out for at least a couple of large commercial banks to be state-owned so that they can help insulate the country at a time of global financial turmoil.

International air travel is still regulated, and national interest can be protected by properly negotiating bilateral agreements with other countries. The way in which parts of the most lucrative business of Air India – the Gulf traffic – was given away through generous bilaterals executed under India’s version of open skies during the UPA rule remains a scandal.

To try to run Air India professionally now so as to enable it to stand on its own feet is to seek to shut the stable door after the horse has bolted.

Subir Roy is a senior journalist and the author of Made in India: A study of emerging competitiveness (Tata Mcgraw Hill, 2005) and Ujjivan: Transforming With Technology (OUP, 2018).