Why is India Inc Reluctant to Participate in the Skill India Campaign?

Post liberalisation, while the private sector has grown hugely, their involvement in skill development has not grown proportionately. 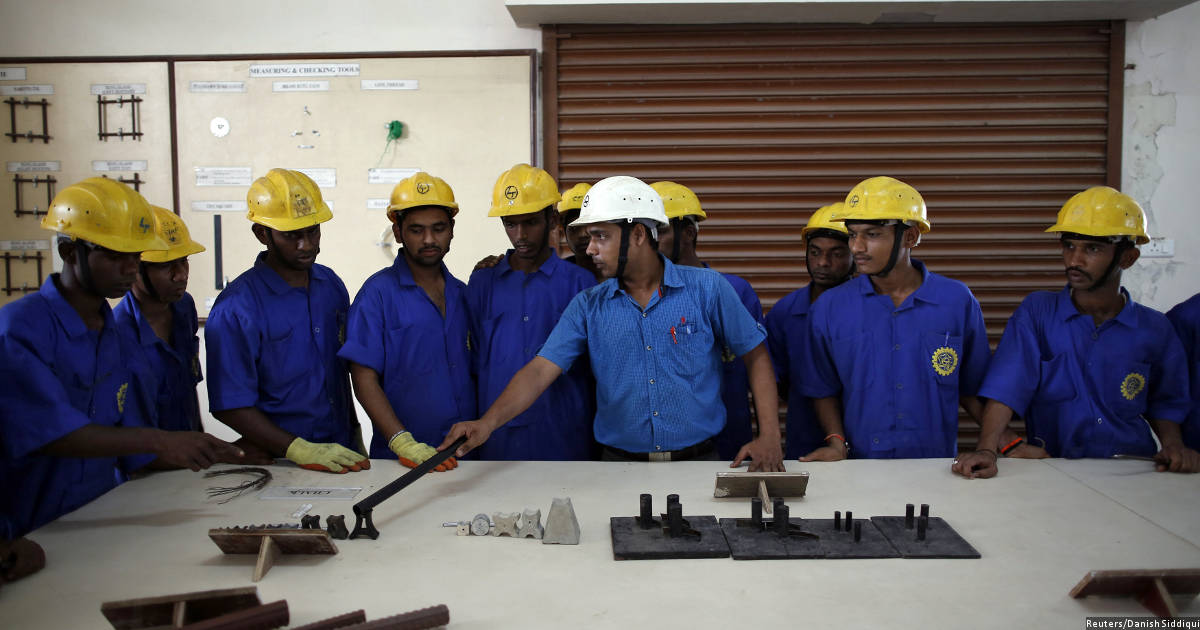 The private sector is the principal beneficiary of Skill India training – it improves their productivity and profits.

It is logical then, that they should drive the skills agenda. However, this is not the case in India. The government’s role has been more pronounced than that of the primary beneficiary. Concerned with their lack of participation, the government has been forced into the driver’s seat. Slowly, what is actually a key input for private economic gain – vocational skills – has turned into a welfare measure.

Overall, government investments in skill development now account for more than 99% of the total.

Indian industry often complains that job seekers do not have the right skills. However, their role in filling this skills gap leaves much to be desired. Their policy priorities remain land acquisition, taxation, capital, etc. and the “skills” intangibles come later on. That investment is also only by corporates; only 36% of all registered firms, says a 2014 World Bank survey, invest in skilling for their own workforce. The rest don’t. Only 16% did in 2009.

Private sector role is a big differentiator and a competitive advantage for a country’s skill base. In Germany, a manufacturing superpower, 86% of total cost of training is met by employers, the remaining 14% coming from the government. Their system has great appeal and covers between 50%-60% of the working age. A company-driven system, the companies incur costs of training and allow apprentices and trainees to be paid a salary that increases from year to year. The system is very integrated with students spending 1.5 days in school and 3.5 days in actual workplaces. Companies believe their investment improves quality and productivity, and thus more than pays for itself.

In the Anglo-Saxon model, the one India has adopted, the state plays only a marginal role in determining qualification standards, and leaves most of it to the private sector. The outcome in India has been dismal, markets have chosen to develop the qualifications by consultants and not really by companies. The borrowing of Anglo-Saxon qualification models does not bode well for our youth – because the norms used are resulting in short-term courses focused on narrowly defined skills.

The government of India’s planned move to shift from a supply-driven to a demand-driven skills system from 2010 onwards led to the creation of an ecosystem with Sector Skill Councils, private training providers, NSDC etc. Broadly there are five pillars of skill education in India – Vocational Education in Schools and Higher education, Vocational Education by National Skill Development Corporation’s private vocational training partners (VTPs), Public and Private Industrial Training Institutes, In-plant training by companies and the skill development schemes of 16 ministries of the government of India.

Also read: How to ‘Skill India’ When the Jobs are Bad

Post liberalisation, while the private sector has grown hugely, their involvement in skill development has not grown proportionately. Their involvement is limited to stand-alone private sector training partners; not the actual employers. The Germanic system is based on employers playing the lead role, not private stand-alone VTPs. In India, general tax revenues are used to fund all pre-employment training for every pillar of the skills ecosystem (except for private ITIs).

India’s demographic dividend will peak by 2030s, with the additions to the labour force increasing between now and 2030, and then falling thereafter. However, the financing, largely hitherto dependent on government and more recently multilateral financing, already limited, will not be adequate for future goals. Voluntary financial commitment from employers has not worked out. The government has other commitments, especially financial requirements to improve the quality of both school as well as tertiary education, which has experienced massification, with a precipitate decline in the quality of learning.

A proposed “Reimbursable Industry Contribution” (RIC) can be a way to bring all employers onto a common platform for skill financing by addressing the moral hazard problem (“One company will not skill its workers as others will poach them, and vice versa”). Such a ‘employer-skin-in-the-game’ mechanism means that industry makes a financial contribution, which is a small reimbursable percentage of the payroll bill. This goes into a training fund, over which private sector (through Sector Skill Councils) would exercise control. RIC leads to better alignment with private skill needs and incentivises industry, which is reimbursed costs for in-house or pre-employment training.

Private sector role is also needed in other ways: pre-job employment-internships, on-job-training apprenticeships, sharing of machinery and equipment with vocational schools, providing first right on equipment and machinery before scrapping to educational institutions, providing experienced trainers, helping design course curriculum and finally ensuring that assessment is as per industry needs. This can start now.

Santosh Mehrotra is Professor, Centre for Labour, Jawaharlal Nehru University, a member of the Prasad Expert Committee on Sector Skill Councils, and a lead author of the National Skills Qualification Framework.

Ashutosh Pratap works on skills and jobs issues and has worked with the Expert Committee.