Watch | 'Govt at Loss on How to Revive Economy, Is Mishandling COVID-19 Messaging'

Former CII president Naushad Forbes tells Karan Thapar that there's already been too much delay and that we need a fiscal stimulus of 2-3% of GDP now. 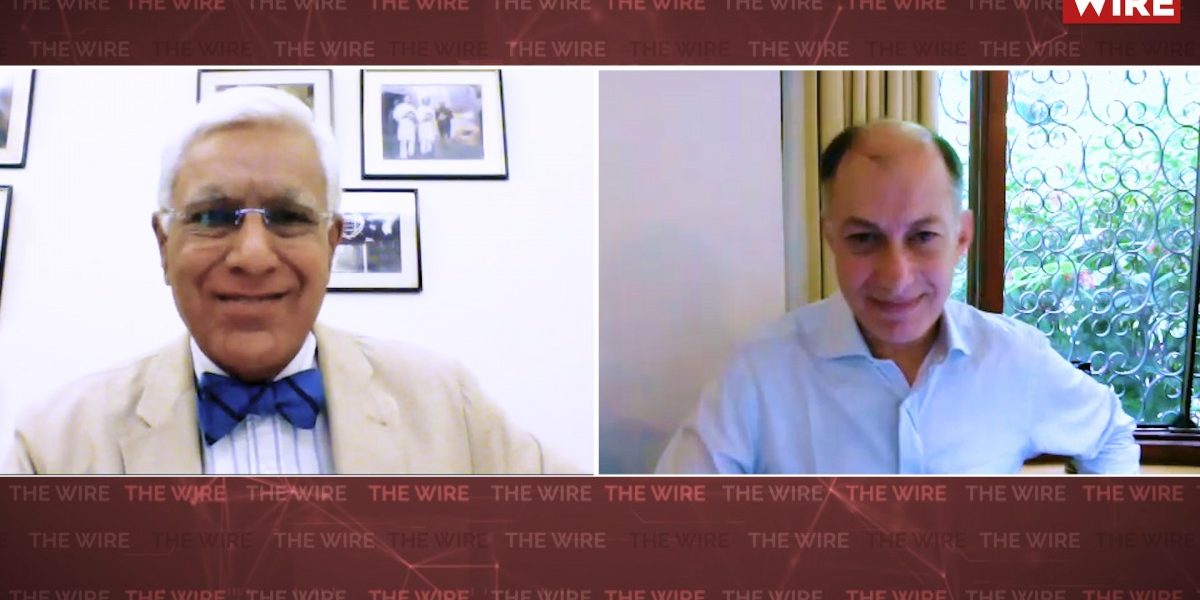 In a hard-hitting and outspoken interview, one of India’s most highly regarded industrialists, the co-chairman of Forbes Marshall, Naushad Forbes, has suggested the government is at a loss about what to do to revive the economy.

He said: “The government is still figuring out what to do and where and when to do it.”

Forbes also added the government is not sure whether it has “adequate support in government to do what it needs to do.”

Naushad Forbes, a former highly regarded president of the Confederation of Indian Industry, made it clear that it is the uncertainty and lack of clarity in government that is holding up a fiscal stimulus and not, as the Chief Economic Advisor told FICCI on July 23, the wait for a vaccine.

In a 50-minute interview to Karan Thapar for The Wire, Forbes said: “No doubt we will need a fiscal stimulus when a vaccine happens,” but he pointedly added “we also need it now to reduce economic uncertainty because of the prevailing health uncertainty.”

He said that there’s already been “far too much of a delay” and the government’s response “needs to be fast-paced” or it runs the risk of being too late.

Speaking to The Wire about what he believes will be the impact on GDP growth this financial year, of both the virus and the lockdown, Forbes said he believes in Q1, the GDP will shrink by 30%. He said he was saying this on the basis of a 40% shortfall in GST collection but after including the beneficial impact of agriculture i.e. the rabi harvest. He also told The Wire that he expects the GDP will shrink a further 10% in Q2. He said it is only in Q4 that the economy will get back to something like last year’s levels of activity.

Speaking about the impact on GDP growth for the year as a whole, he said in the best case scenario the economy would shrink by 5% but it is perhaps more likely that it could shrink by up to 10%.

Also read: Should India’s Next Fiscal Push Come Only After a COVID-19 Vaccine Becomes Available?

Asked whether he agreed with the claim made by the Economic Affairs Secretary, Tarun Bajaj, to FICCI on July 24, that India will see “a V-shape recovery”, Naushad Forbes said it all depends on what sort of X-axis you adopt. He said if you are looking at things in terms of the 2000-year perspective of Indian history it will definitely be a V-shape. However, he said if V-shape means three months then we definitely will not have a V-shape recovery. He said it’s almost certainly going to be a U-shape recovery.

In a second set of hard-hitting comments, this time about the government’s handling of the health crisis facing India, Naushad Forbes was sharply critical of the government response to the COVID-19 crisis. He called it “the big uncertainty in our future” and repeatedly said that it was not getting “adequate engagement”.

Forbes said we need “more effective and powerful messaging which is frequently repeated” from the government. Whilst he did not question the relaxing of the lockdowns and the increasing opening up, he said we simultaneously need a message reinforcing that things are not back to normal. This message is missing and its absence is creating an illusion that all is well or getting well.

Forbes questioned on what basis the government has permitted gyms and yoga activity to happen. He asked whether scientific opinion has permitted this or if this is a decision taken by a bureaucrat. If its supported by science then the Indian people must have that information made available to them.

In fact, Forbes repeatedly said the government needs to be clear that its decisions are backed up by the best medical and scientific advice.

Speaking to The Wire about the performance of the economy today (i.e. June and July) Forbes said that in the month of June FMCG sales in rural and semi-urban India were not just green shoots but almost full recovery. However, in urban India the level of recovery was only 40-50%.

Speaking about July, Naushad Forbes said areas that had performed well in June were now under lockdown and here the growth momentum of June had been lost or dissipated. However, to balance this, there are other parts of the country which are performing better in July than in June. Consequently, he said, he believes that July, in terms of overall activity, should be no different from June.

In the interview to The Wire Naushad Forbes also spoke about the need for government to carry out major reforms. In part two of the interview i.e. after the commercial break, he said the present crisis “is a great opportunity for reform”. He said “everyone in the country is clear that action is needed and justified”.

After praising and endorsing the agricultural reforms announced by the Finance Minister in May, which he said “do not cost the government anything but are a powerful way of unleashing productivity growth in agriculture”, Forbes spoke with particular passion about privatisation.

He said the government must stop calling privatisation disinvestment. “It’s a mealy-mouthed term”. He said “we need a large move to privatise across sectors”. He said the argument that at the moment prices are not right is not necessarily true. He pointed out the stock market has substantially recovered from its April levels.

In particular, Forbes emphasised the need to privatise banks. He said the government should start by dropping to 49% shareholding levels. That would galvanise the banks and their market value would increase sharply. Thereafter the government could privatise further at a better price.

Asked by The Wire whether there is need for labour reform and this is the right time to do it, Forbes said this is “a big task”. He said not only do we need “more flexibility, which is essential” but pointed out that over 85% of employment is in the informal sector and these workers need greater protection i.e. greater formalisation.

The above is a paraphrased precis of Naushad Forbes’s interview to Karan Thapar for The Wire. Please see the full interview for a better and more accurate understanding of his views.