Getting Ola and Uber Drivers Out of the Regulatory Grey Zone 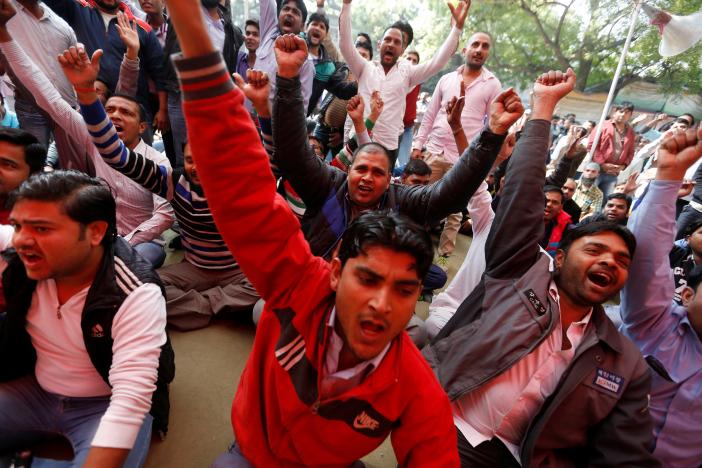 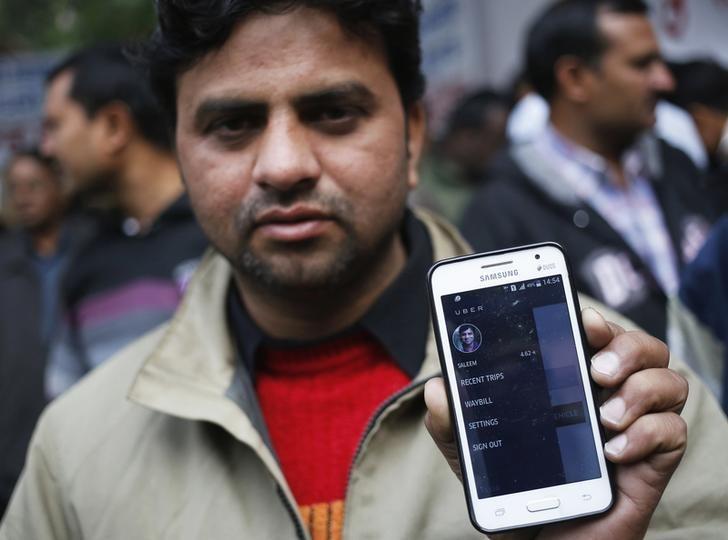 The strikes by drivers of cab-based aggregator companies Uber and Ola in Delhi have exposed the complexities of accounting for labour welfare in India’s new sharing and intermediary economy.

World over, governments and policymakers are facing regulatory hurdles while trying to protect drivers working for Uber, Ola, Lyft (‘aggregators’) from exploitation as they are not traditional taxi-operating companies. These companies reside primarily in regulatory grey zones by arguing they only provide technology to connect drivers to the riders. Addressing the drivers as ‘driver-partners’ or ‘partner-drivers’, they neatly place drivers in a legal grey area while shrugging off any liability in terms of providing employee welfare.

In Indian legal fora, decisions have largely been in favour of the cab-based aggregator companies. The Delhi High Court for instance asked Uber and Ola drivers to end their strike as their relationship with the company gives them the freedom to leave if they are unhappy. Uber is challenging an order of the Competition Appellate Tribunal to investigate abuse of market dominance of Uber in violation of competition law. One recent legal analysis of the contract that Ola offers its drivers shows that the drivers end up getting a very raw deal.

In light of this legal and regulatory vacuum, there is one more forum that is definitely worth exploring for drivers trying to seek relief against aggregators and that is the consumer forum.

Especially since the government is set to replace this Act with a new Consumer Protection Bill with an objective  (as per the 2015 draft) to ‘modernise the legislation to keep pace with the changes in market’ and to ‘enable swift executive intervention in the nature of class action’ to prevent consumer detriment and provide for redressal. Until now the discussion has largely been regarding whether Uber and Ola drivers are employees or independent contractors, but it would be worthwhile to consider whether they could avail the benefits afforded to consumers under the Consumer Protection Act, 1986.

The first question is whether the technology provided by Uber/Ola does count as a ‘service’ within the meaning of the Act. The Act defines service as:

Service of any description which is made available to potential users and includes, but not limited to, the provision of facilities in connection with banking, financing insurance, transport, processing, supply of electrical or other energy, board or lodging or both, housing construction, entertainment, amusement or the purveying of news or other information, but does not include the rendering of any service free of charge or under a contract of personal service.

There can hardly be any debate that the services provided by the aggregators would come within the scope of ‘service’ under Section 2(1)(o) – ‘service’ has been interpreted by the Supreme Court to be a wide definition, and here it is trite to say that it pertains to ‘transport’ which has been included within the provision.The service performed by the aggregators is of providing a technology or a platform for the driver of a vehicle enabling him to gain contact with passengers.

There are two exceptions to the definition of service, viz. that it must not be rendered free of charge, and that it must not be under a contract of personal service. First, drivers pay a commission of 25% to make use of the technology provided by the aggregators, thus removing the service from the purview of the first exception. Second, the agreement entered into between the driver and the aggregator is not a ‘contract of personal service’. The Supreme Court explains in its judgment of 2007 that a ‘contract of personal service’ must be construed as services rendered by an employee to his employer. This may be contrasted with a `contract for service’, whereby one party undertakes to render service e.g. professional or technical service, in the performance of which he is not subject to detailed direction and control and exercises professional or technical skill and uses his own knowledge and discretion. Considering that the aggregators have wholly denied the existence of any employer-employee relationship between them and their ‘driver-partners’ the arrangement does not fall within the second exception under Section 2(1)(o) being that of a contract of personal service. Therefore, the aggregators provide a ‘service’ as defined.

What must next be considered is if the drivers themselves are entitled to protection under the beneficial legislation, i.e. whether they qualify as ‘consumers’, for whom the Act was enacted. Seeing as the aggregators provide services (and not goods), the relevant clause of the definition of consumer under the Act is someone who:

The Consumer Protection (Amendment) Bill, 2015 further adds under the definition of service that “hires or avails any services” will include the transactions made through any mode, including online through electronic means.

By paying commission to aggregators, the drivers ‘avail’ of their services; the consideration being the commission charged. The drivers using this service are self-employed, and in any event are in no case employed by the aggregators. They avail of the service exclusively to earn livelihood. After deducting the commission charged by the aggregators, the payment by passengers for a ride is credited to the drivers. Hence the drivers are not availing this service for a commercial purpose, and conclusively fall under the definition of ‘consumer’ under the Act.

Coming together or unionising of striking drivers to negotiate their terms is being discouraged as Uber has declared that it will not engage with associations to resolve the strikes but negotiate with drivers on an individual basis. In any event, drivers may not be able to legally enforce their rights against the aggregators by forming unions or associations, seeing as there is decidedly no employment relationship at play.

Under the consumer protection laws of India, however, the drivers can counteract an aggregator’s bargaining stronghold. They can in fact come together to file a complaint as consumers who have the same interests. A complaint may be made against the ‘unfair trade practice’ (as defined under the Consumer Protection Act, 1986) adopted by the aggregators, which includes if the service provider, has charged for the service mentioned in the complaint a price in excess of the price agreed between the parties. By this definition, the Act compels that a service provider and a consumer come to an agreement or are ad idem on the consideration fixed for a service. This will enable the drivers to end the uncertainty they face as currently the aggregators maintain control over the commission, and the drivers must be subject to their vagaries.

Lack of a clear legal identification has prevented Uber and Ola drivers from asserting their rights. Uber and Ola have prevented themselves from being called traditional employers, pointing out that they are just providers of technology. It will be interesting, and more than a little ironical, if  drivers too can take the refuge of technology to identify themselves as consumers of the Uber and Ola service. What remains to be seen is whether this government will cast the net wide enough to include and redress the mounting grievances of these ‘non-traditional’ consumers.

Niharika Bapna is a research associate at Rajiv Gandhi institute for Contemporary Studies and Aakanksha Saxena is law clerk at the Supreme Court of India. Authors’ views are personal.