Why Did TRAI Rule In Reliance Jio's Favour on the Points of Interconnect Issue?

The telecom regulator slaps a Rs, 3050 crore fine on Airtel, Vodafone and Idea while accusing them of stifling competition and engaging in anti-consumer behaviour. 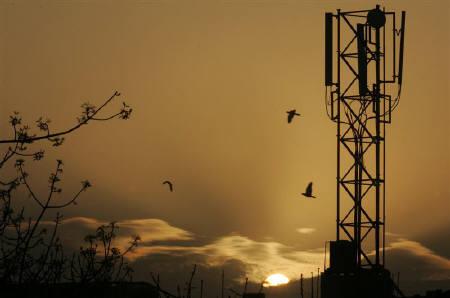 A peace meeting between Jio and COAI executives will take place today and possible on Monday. Credit: Reuters New Delhi: The Telecom Regulatory Authority of India, on Friday, put an end to the three-month long tussle between new telecom entrant Reliance Jio and the incumbent telecom lobby, ruling that Bharti Airtel, Vodafone and Idea Cellular had deliberately blocked calls made from Jio’s network.

Ever since Reliance Jio started commercial operations, the company has accused the three incumbent players of not providing it with enough ‘points of interconnect’ – or physical ports that would allow Reliance Jio users to make calls terminating on any other telecom operator’s network. On their part, the incumbent trio accused Jio of unfairly exploiting the interconnect charge framework and improperly launching commercial operations.

On Friday, after conducting a lengthy probe, the telecom regulator found that the incumbent telecom operators to be in “non-compliance of the terms and conditions of licence” and that the denial of interconnection was an anti-competitive move that appeared to be with an “ulterior motive of stifling competition”.

In three letters to the Department of Telecommunications (DoT), TRAI notes that the acts of Airtel, Vodafone and Idea are against the public interest. More significantly, it recommends to the DoT that a Rs. 50 crore penalty be levied in each of Vodafone’s 21 circles, Airtel’s 21 circles and Idea’s 19 circles – where “points of interconnect (PoI) congestion exceeded the permissible limit of 0.5%”.

On September 29, The Wire had reported that the telecom regulator had issued show-cause notices to the three incumbents and that TRAI chairman R.S. Sharma had mostly sided with Reliance Jio and that the telecom lobby’s three-pronged argument had found little favour with both TRAI officials and telecom minister Manoj Sinha.

How did Airtel, Vodafone and Idea respond to the the show-cause notices that found them severely lacking in terms of quality of service standards? TRAI’s letters to the DoT shows that all three telecom operators responded similarly.  Consider Bharti Airtel’s response. It primarily notes that:

TRAI rejects all these arguments. In its reasoning, the regulator notes that while Airtel only “furnished one day PoI traffic to RJIL”, it has been monitoring the PoI situation for a much longer period and has not seen much improvement. Airtel’s arguments about providing points of interconnect post-launch are also meaningless, TRAI says, as apparently Reliance Jio furnished PoI requirements before it officially launched commercial operations.

More significantly, the telecom regulator notes that Airtel (and indeed Vodafone and Idea as well) have not denied TRAI and Jio’s core contention: that PoI congestion exceeded the permissible limit of 0.5%.

Vodafone and Idea Cellular’s arguments are similar. In addition to refuting their show-cause notice replies, TRAI also brings up another crucial argument that sources say sealed the deal in favour of Reliance Jio. The regulator accuses Airtel, Vodafone and Idea of “creating two separate trunk groups for outgoing and incoming calls from Reliance Jio”. This, TRAI says, was done to “circumvent the Standards of Quality of Service of Basic Telephone Service (Wireline) and Cellular Mobile Telephone Service Regulations, 2009.”

“This was done despite the fact that the interconnect agreement between Reliance Jio and Airtel clearly spells out the process of converting total E1s existing at the PoIs into one way E1s for outgoing traffic of each party will take place at the end of two years,” the letter says. This backfired on the incumbent telecom operators because by “creating separate trunk groups”, Airtel (and Vodafone and Idea) effectively masked actual position of congestion at PoIs with Reliance Jio. Consequently, TRAI was forced to accept whatever congestion data was furnished by Reliance Jio. And according to Reliance Jio’s data (last data dated around October 18th), none of the incumbent telecom players had made serious efforts over the last one month to comply with their telecom license conditions and requirements.

It was clear that TRAI had sided with Reliance Jio last month. What is curious, according to sources, is that TRAI has merely recommended that Airtel, Vodafone and Idea be fined. “The DoT is the one that said that TRAI must handle the PoI issue because it is a quality of service problem and that comes under the regulator’s ambit. And yet after a probe and issuing show-cause notices it has merely provided its recommendations, albeit in an extremely harsh manner, to the DoT. In the past it has fined telecom players for poor quality of service issues,” a senior industry executive told The Wire.

Sources say that TRAI may not have gone ahead by itself because of two reasons. Firstly, the quantum of fine that is being proposed here (roughly $450 million) is beyond what the telecom regulator is allowed to levy. Secondly, the dispute between Jio and the incumbent telecom lobby is politically controversial.

While Reliance Jio consumers can expect better calling experiences in the near future, it remains to be seen whether telecom minister Manoj Sinha will agree with TRAI’s recommendations, or, as some industry executives feel, reduce the fines to a more minor amount.