India, being a pioneer in geographical indication protection in the region, must take the lead and be the first one in acceding to the Geneva Act, which offers protection to handicraft GIs as well. 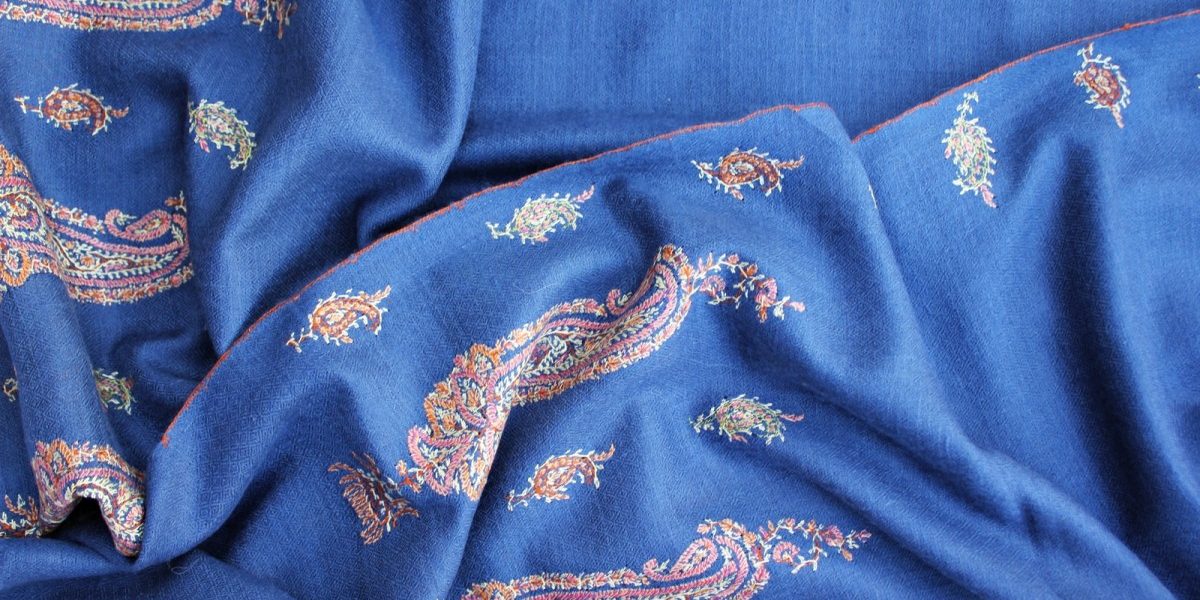 Last month, the World Trademark Review carried a report that the Romanian IP Office (OSIM), after an initial refusal, had accepted a trademark application by Fabryki Mebli Forte SA, a Polish furniture company.

The mark involved is “KASHMIR”, applied for in respect of furniture, which Fabryki Mebil has been using to trade various kinds of furniture in reportedly 45 countries worldwide including Europe.

The decision of the OSIM should raise eyebrows in the trademark world for more reasons than one. To begin with, it is an established rule of law that geographical names cannot be monopolised by anyone as trademarks, unless it can be proved that the name has no association with the goods claimed.

Secondly, marks that indicate quality or geographical origin cannot be registered as trademarks. ‘KASHMIR’ is not only a well-known geographical name, but it is also associated with various crafts of wood, wool, silk and metal originating from Kashmir, thus disqualifying the mark in question!

Of relevance to this discussion is the 200-plus-year-old famed, carved walnut wooden furniture from Kashmir which is currently registered as a geographical indication (GI) for “Kashmir Walnut Wood Carving” in the name of Tahafuz, a registered society on the Indian Register of GIs.

GIs are a form of intellectual property which denote certain characteristics, qualities or reputation of a good essentially attributable to a geographical region. This trademark misappropriation by the Polish company of an Indian GI is just one among the many instances of western obsession with Indian names.

While it is up to Tahafuz to consider options to address this misappropriation, this incident raises two issues for Indian art and craft GI products and their protection.

The first issue is their protection in Europe, which is a big market for Indian handicrafts and second is the adequacy of Indian GI laws to protect these names at the domestic or international level.

If India wants to boost its handicraft exports to a highly quality conscious European market, it must address these two issues at first.

What other options does India have then to prevent similar misappropriation of its handicraft names by European entities? The Geneva Act of the Lisbon Agreement on Appellations of Origin and Geographical Indications (“the Geneva Act”) provides some help here. Adopted on May 20, 2015, the EU is a signatory to the same, thereby making all its 27 members party to the treaty.  Being a member of the Paris Convention, India is eligible to join the Geneva Act.

Procedurally, through a single application, any GI holder from India can obtain a registration in all the member countries (Cambodia, Samoa, North Korea, Albania and the EU) of the Geneva Act without the need to separately designate such member countries. This includes the 27 member countries of the EU. From a budget point of view as well, it would be lighter on the pocket of an Indian applicant who wishes to file in the EU, because through a single application, such an applicant can get registration in all the 27 member countries of the EU – a highly cost-effective method covering a large geography for cash-strapped small crafts! Additionally, India can also explore availing the reduced fee rate that is extended to applicants from developing countries. As long as a GI is protected in the Indian Register, the registration so effected would remain under the Geneva Act without any need to renew it, unlike the Indian system.

Once registered, right holders would be able to prevent the use of the GI under various circumstances.  First, such use can be prevented on the same kind of goods not originating in the same geographical area or not complying with the requirements for using the GI. For example, in the KASHMIR case above, had this craft been registered under the Geneva Act by Tahafuz, it would have been able to prevent the trademark registration and use of the name KASHMIR by the Polish company, based on such registration.

Secondly, any use of the GI on dissimilar goods or services, if such use would indicate a connection between those goods or services and the beneficiaries of the GI concerned and would likely damage their interests. As an example, if a European entity were to use, “Channapatna furniture” or “Channapatna wooden furniture store chain”, and, if the GI owners of “Channapatna toys” could prove that it is likely to damage their interests, it would be prevented under the Geneva Act.  Last but not the least, use of the GI amounting to imitations, even where the true origin of the goods is indicated or the GI is accompanied by terms such as “style”, “kind”, “type”, “make”, “imitation”, “method”, “as produced in”, “like”, “similar” or the like. For example, if a European entity is to produce a fabric imitating the “Pochampalli Ikat” and call it “Pochampalli style Ikat”, it would be actionable under the Geneva Act.

While all this is good, India would need to first check if all is well with the GI protection processes and systems at home. While India may be way ahead of its neighbours in the area of GI protection in terms of numbers (currently standing at 370), the Indian GI statue [the Geographical Indication of Goods (Registration & Protection) Act, 1999] is certainly not a role model to follow in the subcontinental region.

While it has many progressive provisions, there are some much desired improvements, that are often criticised by European applicants. To list some progressive provisions, the definition of a GI is WTO’s TRIPs compliant, producers are defined to include key players in the supply chain, goods are defined to include agricultural, natural and manufactured goods as well as goods of handicrafts and food stuffs, statutory remedies are provided against unfair competition and it also prevents trademarks containing GIs from being registered.

Without quality control, the goods produced by the producers will not be consistent in quality. When consumers get products of inconsistent quality, they will eventually lose trust in the product and the projected guarantee of origin and quality.  Producers would lose revenues as the sales dip with low credibility. Eventually, the GI registration would be reduced to the much clichéd paper tiger. This is perhaps the single most reason for not having many GI success stories (barring a couple of big names like Basmati rice and Darjeeling tea) from India.

In contrast, quality control in GI protection is a very big deal in Europe. The EC Regulation 1151/2012 governing GIs for agricultural products and foodstuffs is titled, “quality schemes for agricultural products and foodstuffs”. It has detailed provisions stipulating quality control at various levels.  Hence, the first step for India would be to put its house in order by firming up its GI law to introduce the much-needed quality control provisions and other necessary changes to bring it up to global standards.

While Europe may be famous for wine and cheese names, Asia is famous for handicrafts and textile names.  Of the 370 registered GI names on the Indian GI Register, close to 60% are handicrafts – that is a big enough reason for India to secure its handicraft names in Europe. Since the Geneva Act offers protection to handicraft GIs as well, India, being a pioneer in GI protection in the subcontinental region, must take the lead and be the first one in the region in acceding to the Geneva Act.  By doing so, India may be inspiring its neighbours also, many of whom also have handicraft GIs, to take the plunge to join the Geneva Act.

Any decision to join the Geneva Act can also be used by India as an opportunity to overhaul its GI statute and bring it up to the international standards. It may be recalled that in 2013, before its accession to the Madrid Protocol, an international treaty for the protection of trademarks, India effected some stellar reforms to its trademark protection law, including processes and structure and by going 100% digital. Similarly, the Indian government could bring in the much-desired amendments discussed above to the Indian GI statute as a precursor to its accession to the Geneva Act.

This is all the more important while targeting European consumers who are highly quality consciousness. When quality control is undertaken at home by tightening the processes through an appropriate legal framework, more than half the ground would be covered in assuring good sales and continuing demand in the destination markets. Accession to the Geneva Act could further bolster these sales because origin guaranteed products are much sought after in Europe. Perhaps, this would bring in the elusive aatmanirbharta in India’s GI products in general and handicrafts in particular.

Latha R. Nair is a partner with the IP law firm, K&S Partners. Views are personal.