What Does Modern Money Theory Tell us About Demonetisation?

Demonetisation could have a contractionary and deflationary effect if the government does not increase spending to compensate for extinguished currency. 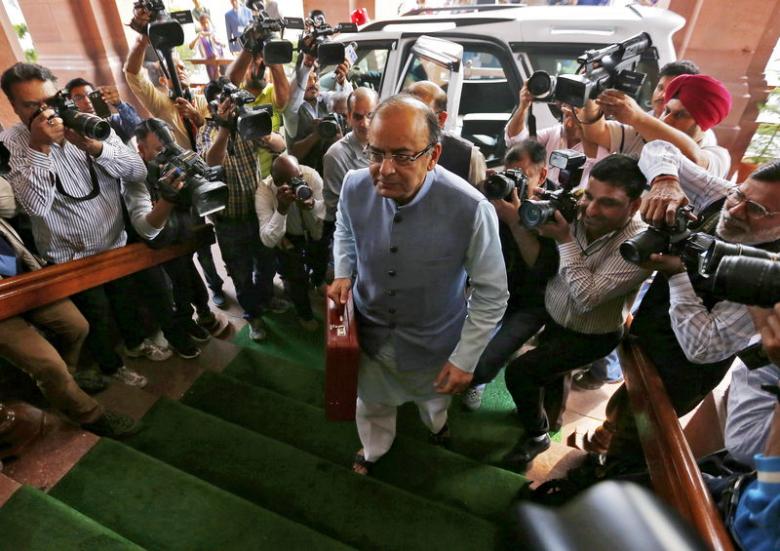 The single most important assumption that economists, economic commentators and even politicians seem to build their macroeconomic arguments upon is that taxes fund government expenditures. This assumption has been reduced to commonsense and taken for granted so that no one even bothers to question its validity.  And it does not matter which side of the spectrum you may be on, ideologically speaking.  And it does not matter what the debate is about; from fiscal deficit targets to India’s recent demonetisation experiment. But what if this assumption is not quite legitimate?  Would it change the macroeconomic logic that we have gotten so used to in conversations, newspapers, television shows and even in academic textbooks, seminars and conferences?

A small group of economists – perhaps just 10 to 15 – primarily based at the University of Missouri at Kansas City and the Levy Economics Institute at Bard College have been questioning the mainstream economics understanding of the monetary system and macroeconomics.  Their ideas, originating in the works of John Maynard Keynes, Abba Lerner and Hyman Minsky, have more recently coalesced into what is referred to as modern money theory (MMT), an offshoot of post-Keynesian economics. MMT is not merely theory built upon a set of assumptions; it first attempts to demystify and describe the modern monetary system before actually developing a theory around and drawing policy implications from it.  In this article, I explore just one, but perhaps the most fundamental tenet of MMT.

What it “modern money”?  Presently, monetary systems across sovereign nations of the world are based on fiat currencies (currency by regulation or law), which are deemed to be legal tender.  Fiat currencies are different from currencies that are convertible into something else at a fixed rate, such as precious metals like gold and silver or foreign currencies.  Fiat currencies also act as a common unit of account in terms of which the nominal value of all other goods and services produced and exchanged in the economy are expressed; the numéraire.

In India the rupee is the unit of account as well as the money thing which corresponds to it.  It is neither convertible into foreign currencies at a fixed rate and/or precious metals.  If you walk into the Reserve Bank of India to claim their “promise to pay the bearer the sum of rupees …”, it would essentially translate into giving you two Rs.50 notes for one Rs.100 note or may be five Rs.20 notes .  But the “promise to pay” tells us something fundamental about money, all money; money is an IOU (I owe you) or a promissory note.  While you and I could also issue IOUs and therefore money, it is not the same as an IOU of the state or state money.  Our money or private IOUs – like bills of exchange – would have limited acceptance and circulation unlike the state’s IOU, which everyone is willing to accept in discharge of claims and is in fact obliged to do so by law.

Banks too create money through credit or loans wherein a deposit account is created in an entity’s name, which could then be used by it to make effective exchanges in the market.  While bank money is widely accepted today, it still does not have the same status as state money.  This typically becomes apparent during a crisis when people might accept a cheque rather than a private IOU but would ultimately prefer state currency to bank money as even banks might go bust.  The post-Keynesian economist, Perry Mehrling categorically asserts that “always and everywhere monetary systems are hierarchical”.

The overriding question then is why is state money (state’s IOU) at the top of the hierarchy?  One answer is that it is legal tender – an IOU that must be accepted in settlement of a claim, by law.  However, Zimbabwe’s recent experience with the Rand tells us that during crises, even legal tender could be shunned in favour of other currencies like the US dollar.   Drawing upon the ideas of chartalists like Alfred Mitchell-Innes and Georg Knapp, MMTers instead argue that taxes drive state money or in other words, the state first defines the unit of account as well as the money thing, and then makes it mandatory that taxes be paid by the private sector to the state in that specific money thing only.  If the state can enforce tax collection in the specified money thing then state money becomes widely accepted as a means of exchange, not just for transactions with the state but even within the private sector.  While taxes are now paid by bank cheques, we must remember that this is possible because the state allows banks, and banks only, to convert bank money into state money (reserve money) to discharge private sector obligations to the state.  In other words, our tax obligations to the state can only be discharged by returning the state’s IOU back to it (directly in cash or through commercial banks) and nothing else.

Warren Mosler, a founder of MMT, explains the idea of “taxes drive money” using a simple example.  He pulls out his visiting card in a classroom and asks people whether they would be willing to work for him after class for a few hours – perhaps to clean up the classroom – in exchange for his cards.  When no one agrees to, he then tells them that in order to leave the classroom they would have to hand over a card to his henchman at the door who has a deadly weapon on him and which he wouldn’t mind using if anyone attempts an escape.  He then poses the same question.  Everyone now raises their hand; they are willing to work the necessary hours he asks for in exchange for his visiting card.  This is similar to how the state makes its money accepted, though a gun would be substituted by a prison sentence, and in doing so transfers resources from the private sector to itself in order to achieve its objectives.  Mosler could have used force to get his students to work for him but a tax is a far more efficient way to procure real resources from the private sector. Furthermore, given the large number of transactions that the private sector has with the government in a modern economy as well as its status as legal tender, it is quite natural for state money to gain universal acceptability even within the private sector.  It would, therefore, not be appropriate for the state to drain all of the money it has issued through taxes; instead, it would let a substantial portion circulate as the economy’s medium of exchange.

In addition to get students to work from him, there is something else noteworthy in Mosler’s exercise; unless he first issues his visiting cards or tokens in the classroom he cannot collect them back from students. This brings us to the fundamental tenet of MMT: the state must first spend its tokens (currency) into existence and then collect them back as taxes.  Expenditure precedes revenue.  The state does not need its tokens held by the private sector to spend.  It’s the other way around; the private sector needs state money to settle its tax and other obligations to the state.

This important tenet of MMT questions the notion that taxes ensure the provision resources to fund government expenditure.  Does Mosler really need his own visiting cards?  No.  In the same way, the government does not really need its own money to spend; it can simply issue more of them.  Obviously, the question that comes to mind is the limit to government spending or issue of money.  None actually; financially speaking.  The only constraint is the real economy or the physical capacity or capability of a country to produce real goods and services, which includes its infrastructure, education, health and institutions.

When a government spends but the economy cannot respond adequately by increasing output because of limited capacity to do so, the result is inflation and consequently, depreciating domestic currency vis-à-vis foreign currencies.  When the actual rate of inflation exceeds the acceptable rate (the inflation target) it serves as an indicator that the government needs to reign in its expenditure.  To increase its ability to transfer more resources to itself without breaching its target rate of inflation, the state drains excessive state money from the system through taxes.  In other words, the state issues it’s IOU/money through spending and then sucks some of it out through taxes.  While the nature or type of tax could have different objectives – economic, social, moral – and implications on economic agents, this does not really matter from a purely monetary standpoint. An inefficient tax collection, or in other words, a large black economy, reduces the ability of the state to increase its expenditure and at the same time, keep inflation in check.

So how would MMT see demonetisation – to reiterate, from a purely monetary sense?  The state could have increased spending on the poor with or without demonetisation. It is after all the issuer of currency.  What fundamentally changes when a large amount of currency is extinguished by demonetisation is that the government could increase its spending without causing inflation.  In some sense the extinguished notes are nothing more than a tax; demonetisation will drain currency out of the system, presently estimated to be about Rs. 3 lakh crore.  In fact, if the government does not increase its spending to compensate for the extinguished currency, demonetisation will have a contractionary and deflationary (assuming supply of real goods and services does not irreversibly collapse) impact on the economy.

While increased government spending would put back state money into circulation, with perhaps some of it as direct transfers to the poor, there is one issue here that must not be ignored – the composition of the monetary injections is likely to be in favour of the organised private sector and individuals.  Businesses in the informal sector are not likely to be direct beneficiaries of government spending so that financial networks and supply chains may be permanently impaired without adequate capital, especially working capital.  Since these cash-based linkages in the informal sector are intricate and non-linear, the extent of this damage is not only incalculable but also incomprehensible.

Sashi Sivramkrishna is author of the book, In Search of Stability: Economics of Money, History of the Rupee, Manohar, New Delhi, 2015.