Tata Sons opposes the SP Group's proposal of swapping its stake with other group firms, during Supreme Court hearings of their appeals against the NCLAT order. 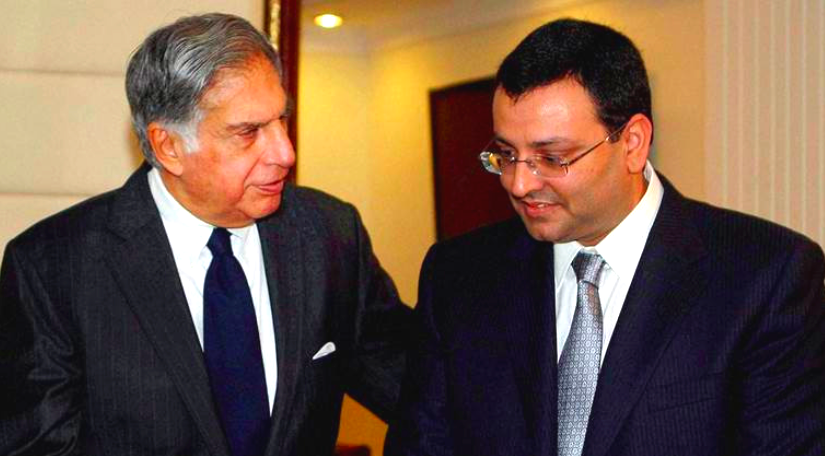 New Delhi: The Tatas rejected the Shapoorji Pallonji Group’s proposal that its 18.37% stake in Tata Sons, which it claims to be worth Rs 1.75 lakh crore, be swapped with shares in the Tata group’s listed companies as “nonsense”, in the Supreme Court on Thursday.

The share-swap separation proposal of the SP group was rejected by the Tata group before a bench headed by Chief Justice S.A. Bobde, which is hearing the final arguments on the cross appeals filed by Tata Sons and Cyrus Investments against the order of the National Company Law Appellate Tribunal (NCLAT).

The NCLAT had restored Cyrus Mistry as the executive chairman of the over $100 billion salt-to-software Tata conglomerate.

The SP group is seeking pro-rata shares in Tata group’s listed companies in lieu of its 18.37% stake in Tata Sons Private Ltd. (TSPL), the holding company of the group’s firms.

“It is nonsense. This kind of relief cannot be granted,” senior advocate Harish Salve told the bench, which also comprised Justices A.S. Bopanna and V. Ramasubramanian.

He said that accepting such an offer could spill over to Tata group’s other listed firms where the SP group would again be holding minority stakes.

On the third day of the hearing, senior advocate C. A. Sundaram, appearing for Cyrus Investment, commenced submissions after Salve concluded his arguments.

Sundaram referred to legal provisions and said, “The whole conduct by which Tata Sons was made a private limited company showed that minority shareholders (SP group) was (sic) being sidelined.”

“The act of converting the company from public to private was to prejudice me (sic) because the protection afforded by virtue of being public were (sic) taken away,” he said.

The bench then sought to know, “You will have to show us what were the precise actions which caused prejudice or oppression to you (SP Group).”

Sundaram said that justifiable loss of confidence in the management, or exclusion from management in quasi-partnership, are grounds for winding up of a company on just and equitable grounds.

He referred to the long past association of the SP Group with the Tatas and said that Tata Sons is just an investment company which does not do any business on its own, but its directors take decisions for the group firms downstream.

Dealing with the reason for the feud between Mistry and Tata Sons, he said, the whole thing came to a head because Mistry was going to table a corporate governance document which proposed to regulate the Tata Trusts’ say in the Tata Sons so that two nominee directors don’t decide everything for group companies.

The problem is anything done by any group companies like TCS or Tata Motors is finally decided by Tata Sons, he said, adding that such decisions are usually taken by the board of the concerned company.

If these companies want to take a decision then Tata Sons has a role to play in these decisions, he said.

The bench asked, “I hope Mr Cyrus is not party to any of the communications with regard to operation of these companies. Mr Salve said that he was party to many of these decisions.”

The bench asked the SP group to give a list, if any, of decisions where the directors of Tata Sons had taken such decisions for Tata group firms listed with the stock exchange.

To this, the bench sought to know if SP group ever lost money or investment in Tata Group companies, or if there were any allegations that companies made losses and the owners made monies.

“Siphoning of money by some persons is not my case and the relationship between Tatas and the SP Group was of mutual trust,” the lawyer replied.

A company being a profit making company is not a criteria for deciding whether there is oppression or mismanagement, Sundaram said, adding that the under the law, the issue is whether the affairs of a company are being run in a manner which is prejudicial to members or public interest or interests of the company itself.

It could mean any act which leads to loss of confidence in the manner in which the company is being run, the lawyer said.

On being told by the bench that the term “oppression” was being used in a wider sense by the SP Group, the lawyer said, “Unfair treatment to the minority shareholders is also an act of oppression under the law.”

“The entire case is of oppression by Tata Sons to SP group and downstream companies get affected if the two nominee (sic) of the Tata Sons take a wrong decision for them,” Sundaram said.

Also read: In Mistry’s Plan to Separate from the Tata Group, Questions About the Future

Earlier, Salve had referred to the Articles of Association and other relevant documents and said that there should be an affirmative vote by the majority in the board of directors to appoint a director. He further said that the resolution has to be carried out with majority support.

The bench asked if the court can examine whether an act of an amendment under the Article of Association was “oppressive”.

“The content of the amendment can be challenged only if it is of such nature that it alters the basic foundation of the company,” Salve replied.

“Is it like a basic structure doctrine?” the bench asked. Salve replied in the affirmative.

The hearing will continue on Monday.

On the other hand, the SP Group had said that it was worth Rs 1.75 lakh crore.