Not Interested in Going Back to Tata Group as Chairman: Cyrus Mistry

Mistry said he was pursuing all options to protect the Shapoorji Pallonji group's rights as a minority shareholder. 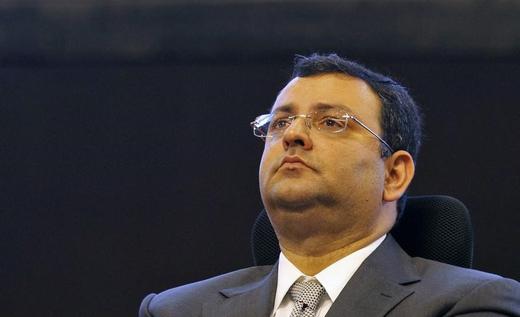 Mumbai: Former chairman of Tata Group Cyrus Mistry on Sunday said he was pursuing all options to protect the Shapoorji Pallonji (SP) group’s rights as a minority shareholder, including the right to a seat in Tata Sons board.

However, importantly, he has said that despite the favourable tribunal verdict, he is not interested in going back to Bombay House as Chairman of Tata group.

The SP Group owns 18.5% stake in Tata Sons and is fighting the Tata Sons, the holding company of Tata group, since Mistry was ousted as chairman in October 2016.

“In the last three years, both in conduct and in their statements to the world at large, the Tata Group’s leadership has shown scant respect for the rights of minority shareholders. It is time the Group’s management introspects and reflects on its conduct as it embarks on future actions,” Mistry said on Sunday, breaking his silence for the first time after the NCLAT order which restored him as Chairman of Tata Sons.

Mistry said he was not pursuing the top post at Tata Sons, but instead wanted the group to follow the highest standards of corporate governance and transparency. Mistry added that he was not keen to take over as director of TCS, Tata Teleservices, and Tata Industries as ordered by the NCLAT.

The Tata group is expected to mention its petition before the Chief Justice of India in Supreme Court on Monday. It is appealing to squash the NCLAT order which restored Mistry as the Chairman on December 18, 2019.

“The recent media reports attributed to Ratan Tata and others questioning the NCLAT judgment ahead of an important hearing in the Supreme Court, profess an interpretation of corporate democracy as being one of brute majoritarianism with no rights for minority stakeholders. The question in these legal proceedings is whether the oppressive actions of a majority that stifles minority shareholders is beyond reproach and outside judicial oversight,” Mistry said.

“The founding fathers of the Tata Group had laid a strong ethical foundation that cared for all stakeholders. The relationship between the Tata Group and the Shapoorji Pallonji Group is one spanning multiple decades that was built on common agreement and mutual faith,” the Mistry statement said. “The former Tata leaders worked together with the minority partner to create value for all stakeholders,” he said.

“I am humbled by the NCLAT order, which after review of the enormous material on record, recognised the illegal manner in which I was removed and the oppressive and prejudicial conduct of Tata and other Trustees,” he said.

“As an 18.37% shareholder, it is in our own interest to ensure the Group’s long-term success. My family, although a minority partner, has been a guardian of the Tata Group for over five decades. This legal fight has never been about me. It has always been and will always be about protecting the rights of minority shareholders and upholding their right to demand a higher standard of corporate governance from controlling shareholders,” Mistry said.

This article first appeared on Business Standard and has been republished with permission.