For the jewellery brand, it is a replay of a similar incident when it had pulled down its other ad which promoted Hindu-Muslim marriage. 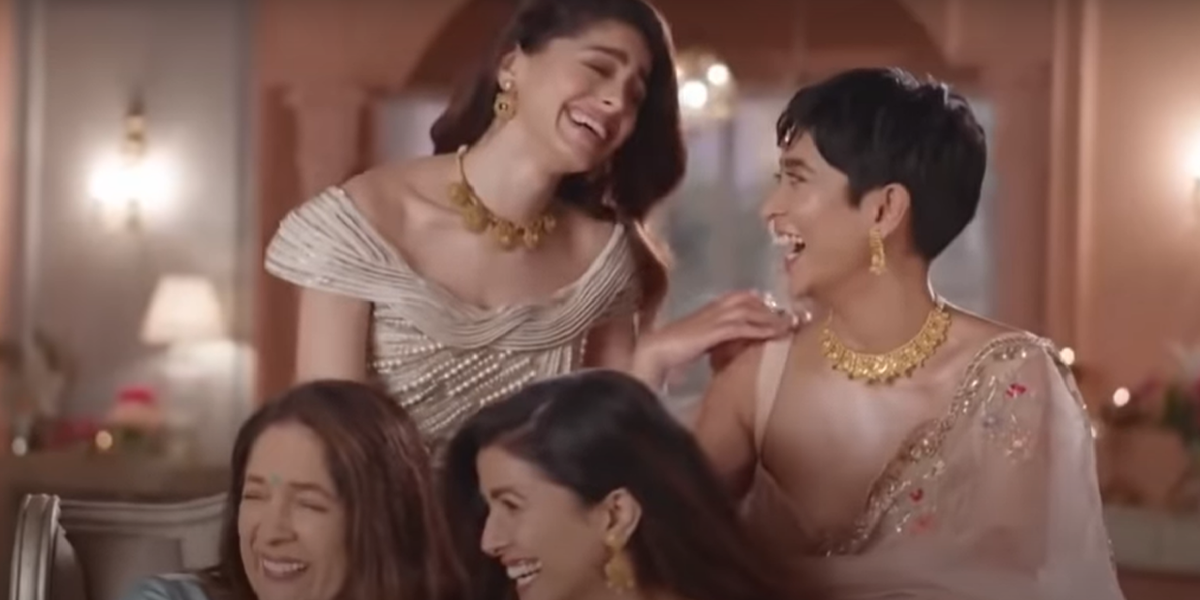 New Delhi: Jewellery brand Tanishq has once again come under attack from the Hindu right-wing on social media, this time for its latest advertisement promoting a firecracker-free Diwali. Following the backlash, Tanishq has taken down the ad from its social media pages. Those opposed to the advertisement have suggested that Tanihsq should refrain from “advising Hindus” on how to celebrate Diwali. #ThisDiwali_BoycottTanishq has been trending on Twitter.

Tanishq had already received flak from Hindu groups, and another advertisement that promoted Hindu-Muslim marriage was taken down about a month ago. It was portrayed as a case of “love jihad” by Hindu fundamentalist groups, which also resulted in Tanishq apologising for “shameful” advertising.

In the latest jewellery ad woven around the idea of promoting a cracker-free Diwali, Neena Gupta, Alaya Furniturewala, Nimrat Kaur and Sayani Gupta are seen talking about how they would be celebrating Diwali this year.

To begin with, Sayani Gupta says, “I’m hoping to be able to meet my mum after really long. Definitely no firecrackers. I don’t think anyone should light any firecrackers. Lot of diyas. Lot of laughter hopefully, and lots of positivity.”

This is followed by Jawaani Jaaneman actor Alaya Furniturewala appearing in the frame and saying how she hopes to eat a lot of sweets and food, and spend the festival time with her family and friends. Neena Gupta adds by saying that she intends to “dress up well and wear nice jewellery”.

Towards the end of the advertisement, Nimrat Kaur says, “This year it’s all the more important to be with family. I hope everyone out there is able to spend Diwali with their loved ones.”

#ThisDiwali_BoycottTanishq has been among the top trends on Twitter on Tuesday. Some Twitter users have alleged that the jewellery brand is intent on hurting Hindu religious sentiments, and have given a call to boycott its products. Some have even said it would be better for Tanishq to focus on its products in its advertisements, rather than indulging in any “virtue-signalling”.

Teach a lesson to @TanishqJewelry

Majority Indians are thinking to take @TanishqJewelry head on & #ThisDiwali_BoycottTanishq

Many’ll refrain themselves from buying anything from them.

They termed Hindus as violent in their apology last month

There are also others on Twitter who found nothing wrong with the advertisement and have expressed regret over the overreaction by a few aggrieved users, who dubbed the ad as anti-Hindu. They endorsed the ad and have said it is in the best interest of India, given the rising air pollution levels, to advocate a cracker-free Diwali.

Meanwhile,  a fake tweet in the name of Sayani Gupta has been circulated online, where the actress is apparently shown to have expressed annoyance as to why always Hindu festivals are targeted. The actress from her official Twitter page has drawn attention to the “fake tweet”, and have asked how can “someone do this”.

The National Green Tribunal has banned the use of firecrackers in Delhi-NCR till the end of November because of the worsening air pollution. It has also said that in other areas of the country where air pollution has been in the ‘moderate’ window, only green crackers are allowed for a period of two hours.