Will the Supreme Court Hold Cricket Betting to be Legal?

While the final decision over legalising sports betting is a policy decision, there are more than enough precedents for the Supreme Court to take a stand on the issue. 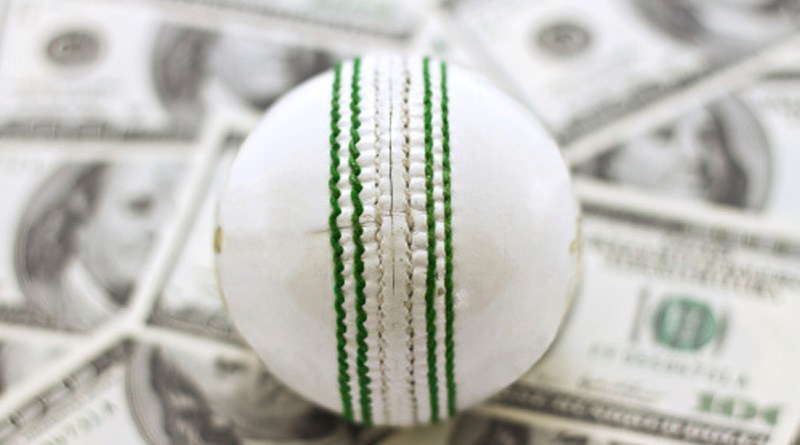 In July 2015, the additional sessions judge at Patiala House court, while discharging cricketer S. Sreesanth and 35 other accused in the IPL spot-fixing case, noted that cricket betting is not illegal and no action can be taken for betting on cricket matches.

While passing the discharge order, Judge Neena Krishna Bansal made the following observations:

“Cricket as a game of skill requires hand-eye-coordination for throwing, catching and hitting. It requires speed, both during fielding chases and between the stumps. It requires stamina and brute strength to wallop boundaries. It requires microscopic levels of precision and mental alertness for batsmen to find gaps or for bowlers to produce variety of styles of deliveries’ (medium pace, fast, inswing, outswing, offspin, legspin, googly). The sport requires strategic masterminds that can select the most efficient fielding positions for piling pressure on the batsmen. Based on above description, cricket cannot be described anything, but as a game of skill.

The game of cricket, therefore, cannot be held as a game of chance, but is a game of skill which is exempted under Section 12 of Public Gambling Act, from the definition of Gambling.

Therefore, even if it is accepted that there was rampant betting going on in the IPL6, but it is an activity excluded u/s 12 of Public Gambling Act, and is not an offence for which any of the accused can be held liable.”

The order was passed based on Section 12 of the 1867 Public Gambling Act (and gambling legislations in most other states) that exempt games of skill from the ambit of gambling. The judge also referred to a 1996 three-judge bench decision of the Supreme Court that said horse racing and betting thereof would fall within the category of ‘games of skill’ and consequently betting on horse races would not amount to an offence under the Tamil Nadu Gaming Act, 1930.

It may be noted, however, that the Delhi police has chosen to file an appeal against the discharge order. The matter is pending before the Delhi high court and is next listed for hearing on August 11, 2017.

While analysing the discharge of the accused, I had noted that the order could have far-reaching implications as it would be possible for ingenious businesses to openly start offering sports betting facilities by claiming that cricket betting is a game of skill.

It turns that PIL on precisely this issue has now been filed in the Supreme Court. Geeta Rani, a resident of Delhi, has in her petition noted that betting on cricket does not amount to an offence as “betting or wagering on such cricket matches or the performances of such players or a team substantially depends upon the skill of a player”.

The petition also states that the three-member committee headed by retired Chief Justice of India (CJI) R.M. Lodha had recommended legalisation of betting with a regulatory body and licensing guidelines, as of the measures to curb match fixing.

The petition, in its prayer, asks the court to issue a writ of mandamus directing the central government to frame rules, regulations, guidelines or legislation to regulate sports betting and implement the recommendations of the Lodha committee.

Alternatively, the petitioner asks for a direction from the apex court to the state governments to regulate betting under the powers granted to them as per the state list of the constitution.

The PIL has also asked for a direction to the central government to amend provisions of the Public Gambling Act, 1867 and for including stringent provisions in the Prevention of Money Laundering Act, 2002 to prevent match fixing and illegal betting.

A bench of Justices Dipak Misra and A.M. Khanwilkar, while hearing the matter on April 28 has asked the matter to be listed on July 14, 2017, along with the BCCI matter.

Strictly speaking, the decision on whether or not to legalise sports betting and regulate it is a policy decision and falls within the domain of the legislature and the government of the day.

A July 2016 order passed by a division bench of the Supreme Court headed by then CJI T.S. Thakur in the BCCI matter, while discussing the Lodha committee recommendations on legalising sports betting, noted that the “recommendation of legalising betting involves the enactment of a law that may be examined by the Law Commission and the Government for such action that it deems fit”.

However, the Supreme Court could be persuaded to modify this order on various grounds. First, it can be argued that 1996 judgment on horse-racing sets a precedent for an argument to be made that betting or wagering money on sports is not illegal (as has been done in the Sreesanth case). Thus, at present, it might be possible to contend that cricket betting is not illegal as it falls within the ambit of games of skill (for a detailed discussion on games of skill see an earlier article).

Further, it can be argued that two committees which have submitted recommendations on cricket reforms, the Lodha committee and its predecessor, the Mudgal committee, both have recommended legalisation of betting as an important measure to clean up fixing in sport. Both committees have argued that regulating betting activities would make it easier for authorities to detect suspicious betting patterns and investigate bets placed by dubious persons.

Third, the sports betting industry is currently, largely controlled by the underworld which uses the betting business for money laundering, tax evasion and terror financing. Regulating the industry would go a long way in curbing these nefarious activities.

The other arguments for legalising betting include revenue and employment generation. The Federation of Indian Chambers of Commerce and Industry estimates that the government can earn up to Rs 19,000 crore tax revenue from the betting industry.

The Supreme Court thus has various reasons to rule that betting on sports is not illegal and direct the state governments to amend their legislations to regulate the activity. Will an increasingly activist Supreme Court take a stand on the issue?