In the formation of a new cement manufacturing industry group for South Indian companies, there's more than meets the eye. 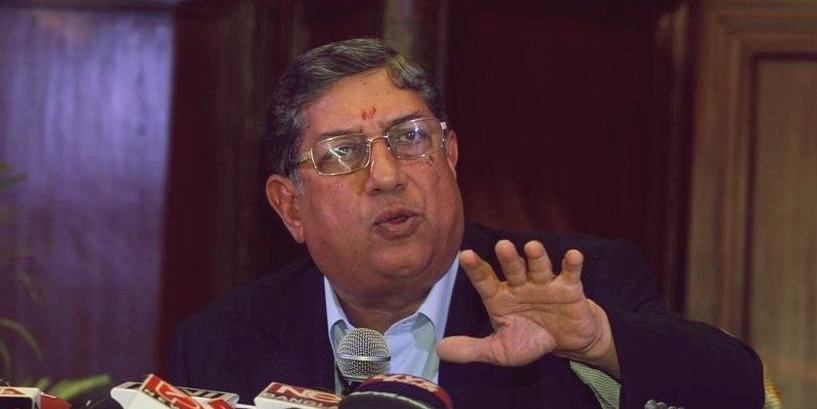 N. Srinivasan speaks to the media during a news conference in Kolkata May 26, 2013. Photo: Reuters/Rupak De Chowdhuri/Files

In a significant move, cement manufacturers in South India have decided to come together to form an association of their own.

The objective of this, ostensibly, is to have a regular interface with the governments, both at the Centre and in the states.

The newly formed South India Cement Manufacturers’ Association (SICMA) will be headed by N. Srinivasan, vice-chairman and managing director of India Cements Ltd.  Bharathi Cement’s director Ravinder Reddy will be the vice-president, while Penna Cements’ director Krishna Srivastava will be the secretary of SICMA.

The formation of a new association, however, comes at a time when the cement industry in this part of the world is locked in an intense fight with real estate developers and contractors who have consistently accused the former of jacking up prices.

The tug-of-war between them has been escalating over the past few months – so much so that Union road transport minister Nitin Gadkari, too, was recently roped into the scene by the builders’ association. At a recent meeting organised by a builders’ association, Gadkari even indicated that he would take up the issue with the prime minister.

“Regarding steel and cement, this is really a problem for all of us. Actually, I feel this is a cartel by some big people are doing in cement and steel,” the minister said while speaking at a virtual event organised by the Builders Association of India (BAI) last weekend.

“We are in the process of finding out the solution for that. Your (BAI’s) one of the recommendations is for a regulator for steel and cement, which is also a good suggestion. I will look into it,” Gadkari said.

The newly formed SICMA, however, sees a “pattern in builders raising a bogey of increasing cement and steel prices” to deflect the attention of the administration.

The formation of an independent regional body assumes considerable importance especially since there is already a Cement Manufacturers’ Association (CMA) at the all-India level. Does it mean that CMA has not effectively articulated its views? Of late, some feel that CMA seems to have sort of lost its sway over its association members, who have multiplied over a period and have focused on building their own empires.

Indeed, the Competition Commission of India has often slapped penalties on many cement companies for ‘cartelisation’.

Srinivasan, in fact, has played a lead role in CMA. Often, he has actively represented the voice of the cement industry in South India. In fact, he was instrumental in hammering out successive industry-wide wage accords with the cement unions across the country.

The installed capacity of cement in India is close to 550 million tonnes. This translated to around 7% of the global installed capacity. India is next only to China in terms of cement capacity. South India accounts for a significant share of limestone deposits. Ipso facto, the South will be the key for the Modi government’s ambitious plans on the infrastructure development front. For, much of the cement supply for that will have to come from this part of the world.

For Srinivasan, it is a return to limelight yet once more. And, he is right back at a time when an industry like the cement – especially in the South – is caught in a pincer-like situation. On the one hand, there is poor demand. On the other, there is over-capacity. Cement is a long-haul game, and not a sprint race. Given the current imbalance and considering the trying times, the industry appears to be at a crossroads.

Industry observers see in the formation of SICMA an effort to rediscover direction collectively. With SICMA, what will happen to CMA? Well, the industry is heading for interesting times.